Piers Morgan and Susanna Reid welcomed the Mirror’s Kevin Maguire, the Daily Mail’s Andrew Pierce, food writer and poverty activist Jack Monroe and former Brexit Secretary David Davis onto Good Morning Britain to  discuss the controversy surrounding the switch from free school meal vouchers to food packages after many frustrated parents shared their images of inadequate hampers on social media. Morgan expressed his annoyance over one item included in the parcels in particular.

Morgan began: “I have got to say, I found this food parcel story really shocking. It has shone a light on a world I was not – actually, shamefully, I was not familiar enough with.

“Which is exactly what is supposedly in these food parcels.”

“We have actually got some examples here,” Reid remarked.

“The bottom line is that people are supposed to be getting £30 worth of food for their families,” Morgan continued. 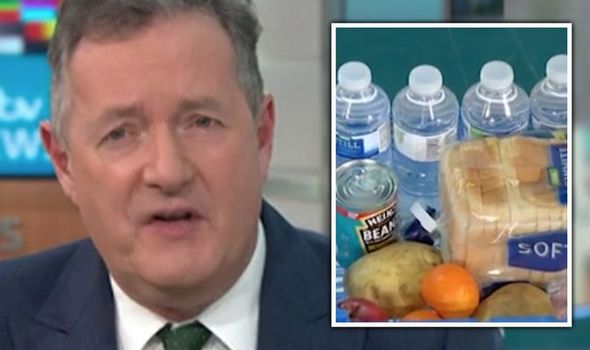