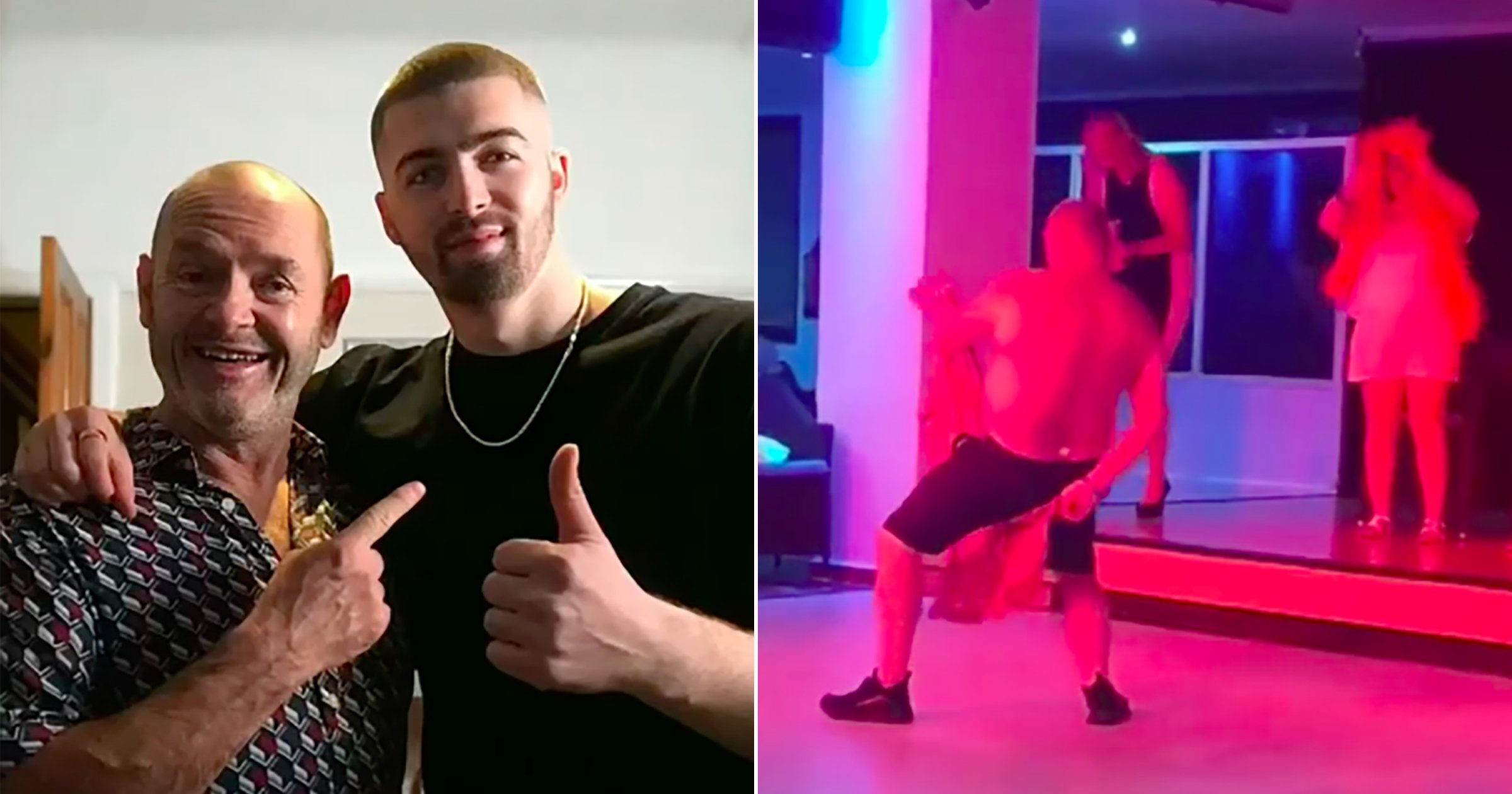 Former Gogglebox star Tom Malone Jr has shared a hilarious video of his dad stripping – and yes, you did read that correctly.

Tom Jr graced his followers’ Instagram timelines with a clip of Tom Senior having what looks like the best time of his life.

The clip shows his dad topless, holding a feather boa and showing off his best moves.

A crowd watches on from the stage in the footage, cheering him on and loving every second of it.

Tom Jr is a choreographer and member of a professional dance crew – and we certainly know where he got his moves from after seeing this.

It’s a pretty hilarious video, but we now have so many questions.

Former Gogglebox star Tom Jr has been keeping his fans up to date with him and his dad ever since leaving the show earlier this year.

He became a fan favourite on the Channel 4 series alongside his mum Julie, dad Tom Senior and brother Shaun, however, he announced in February that he was leaving the show.

The professional dancer wrote: ‘So after 6 and a half years it’s finally time to put down the remote and say goodbye to Gogglebox.

‘I’ve loved every minute and I’m eternally grateful to Channel 4 and Studio Lambert for allowing me to be a part of the show. But new opportunities are knocking on the door and it’s time to explore them.

A month after quitting his role on Gogglebox, Tom landed a new job that is incredibly appropriate given we’ve seen him sit on a couch for almost seven years.

Gogglebox airs on Fridays at 9pm on Channel 4.

'It's a Wonderful Life': Is Bedford Falls Based on a Real Place?