Whether it’s about their differing opinions on Love Island, or Piers threatening to quit after accusing Susanna of “siding with the enemy”, the pair don’t hold back their opinions.

But speaking to Fabulous, the mum-of-three admitted they are actually “good friends”. “Oh we’re friends, without a doubt,” she said. 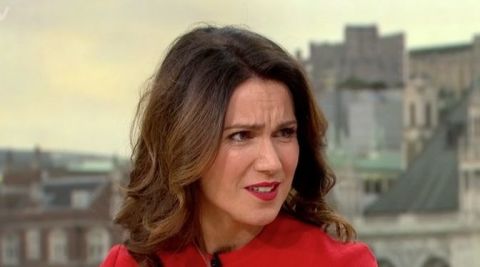 “I mean, genuinely good friends. It took a while, though, and it was challenging at the beginning. Those arguments we had about women’s issues, for example, felt quite personal to start with.

“But one of the lessons I’ve learned through this kind of working relationship is it might not work at the beginning, but stick at it and think about what you genuinely feel and what your opinion is.

“Now it’s developed into more trust, and we respect each other. I know he’s got my back and that’s really important. It might not look like that on air, but off air he’s a good friend.”

She added: “I love him and I hate him and I’ve never felt like that about anyone.” 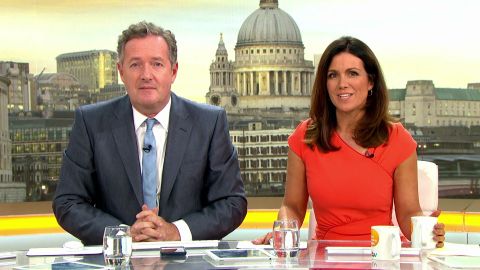 Susanna also opened about whether she thought the former Britain’s Got Talent judge had ever taken things too far in his debates.

“Of course he’s going too far for some people, but there are always people who think he says it how it is,” she said.

“There’s a whole spectrum of views, and it helps that we have these discussions. It’s not Piers on his own spouting this stuff with no one challenging him or holding him accountable. It’s an ongoing conversation and people get all sorts of things out of it as a result.

“I’ll regularly take him to task if I think it’s helpful to hear another view on a certain story. I have a Piers filter in my head all the time, thinking: ‘How much of this is helpful to me and to the audience?’ and then I’ll interject. He’ll either disagree or he’ll take it on board. Mostly he’ll disagree.”

Star Wars: Rise Of Skywalker Launched On Disney+ For May The 4th

Robert Pattinson Allegedly Tests Positive for Covid-19, ‘The Batman’ Production Is Shut Down