“I apologize for my part in creating that and participating in that,” actor says on Dax Shepard’s “Armchair Expert” podcast 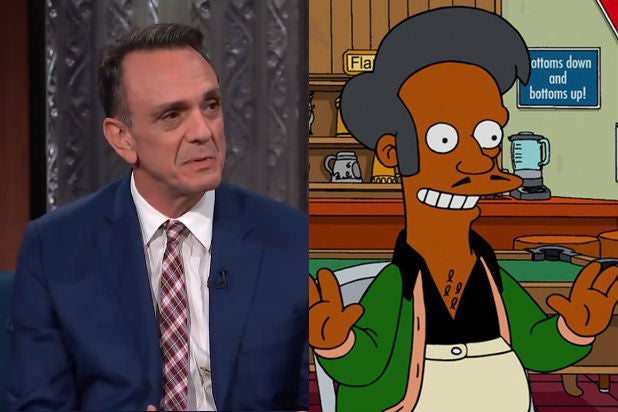 Hank Azaria is on an apology tour for his decades of voicing the former “Simpsons” character, Apu Nahasapeemapetilon.

“I really do apologize,” Azaria said on a recent episode of the podcast, “Armchair Expert” hosted by Dax Shepard and Monica Padman. “It’s important. I apologize for my part in creating that and participating in that. Part of me feels like I need to go to every single Indian person in this country and personally apologize. And sometimes I do.”

While Apu has long been a fan favorite on “The Simpsons,” his impact on pop culture and depictions of Indian people in media came under scrutiny because of the 2017 documentary “The Problem With Apu.” In it, director Hari Kondabolu, himself a lifelong Simpsons fan, reflects on his personal feelings for a character that for many years was the only depiction of Indian and Hindu culture on American television. But Kondabolu also argues that Apu has been a double-edged sword for Indian-Americans, as the stereotypical voice used by Azaria has become fodder for racist bullying.

“Simpsons” creator Matt Groening has said he wants to find a way to bring back the character with a new voice actor.

Azaria was discussing what he had learned since stepping away from the role, and he recalled a specific moment when he spoke to Indian students at his son’s school to get their take on the character. He mentioned one conversation with a 17-year-old that particularly stuck with him.

“He’s never even seen ‘The Simpsons’ but knows what Apu means. It’s practically a slur at this point. All he knows is that is how his people are thought of and represented to many people in this country,” Azaria said, adding that the student said to him: “Will you please tell the writers in Hollywood that what they do and what they come up with really matters in people’s lives and has consequences?”

Azaria said he told the kid he would deliver his message.