HOLLY Willoughby got a fright as she was growled at by a dog on This Morning.

The presenter, 40, was saying hello to the pup whose owner Ceilidh Barclay rescued him back from thieves. 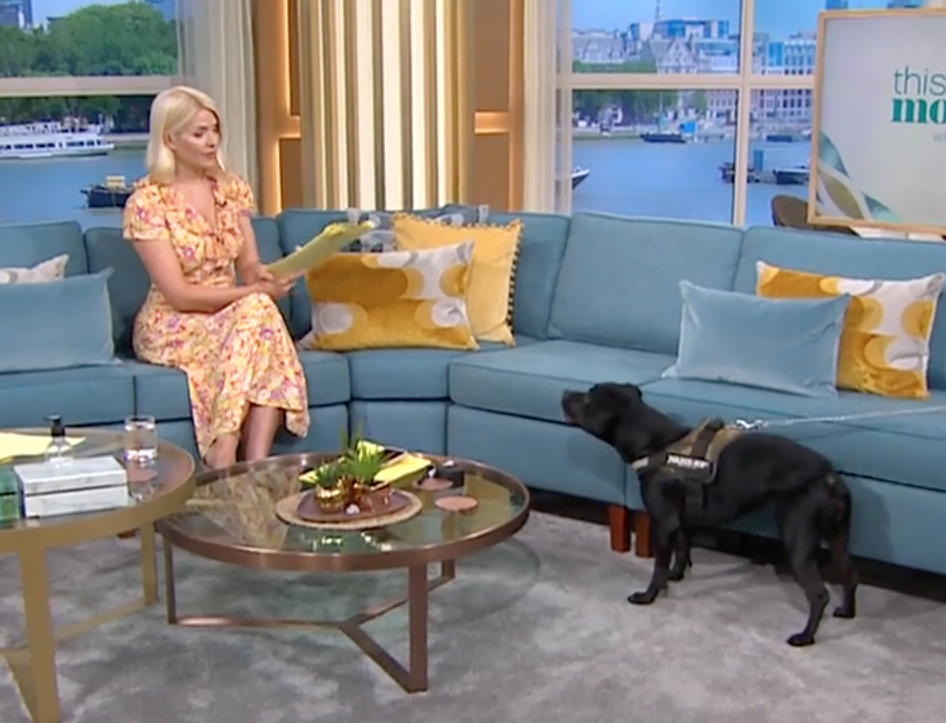 Ceilidh turned detective to track down her beloved bull terrier Eco after he was stolen from a London park.

Appearing on This Morning to tell her story, Holly attempted to make friends with Eco – but was shocked by the snarl and jumped back. 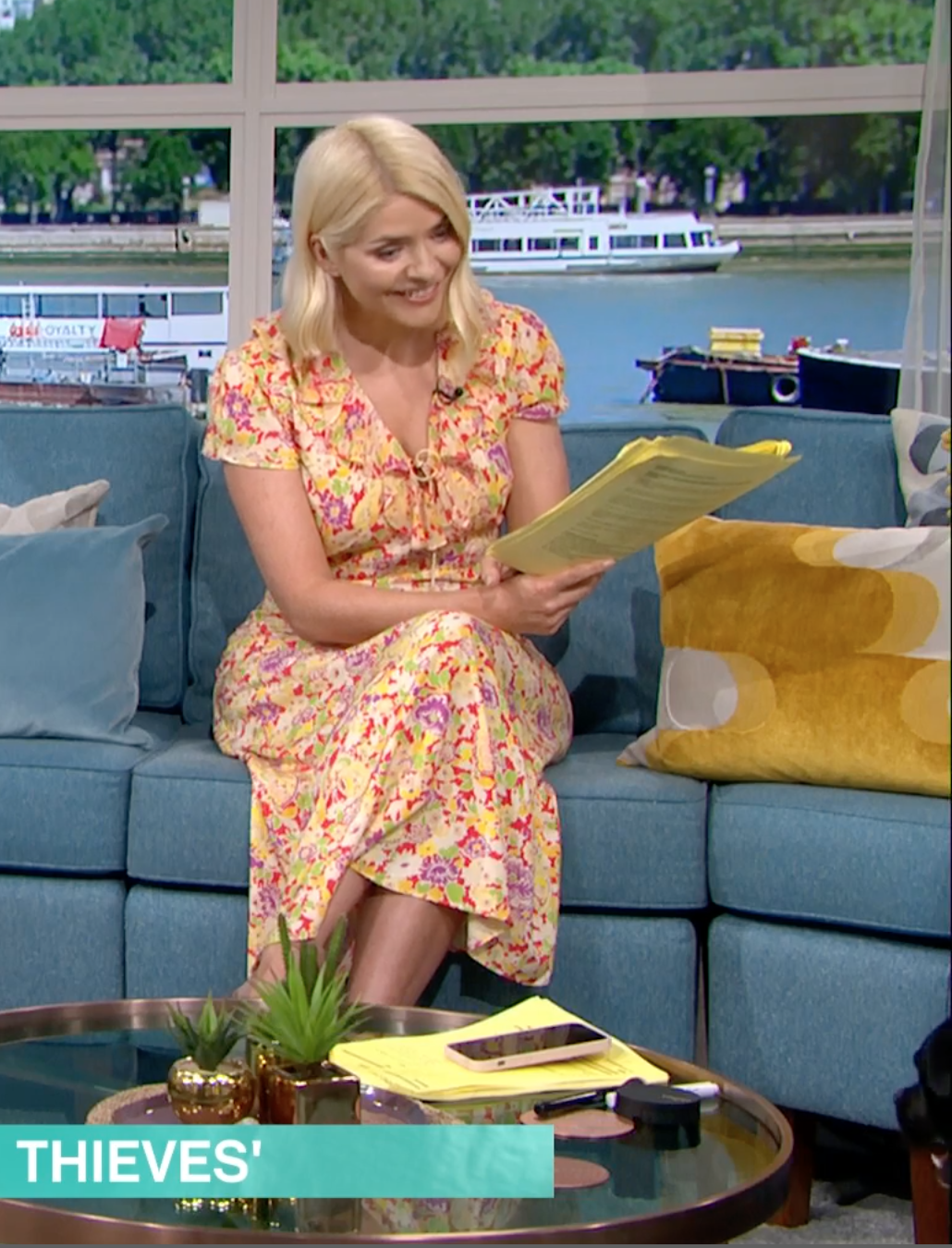 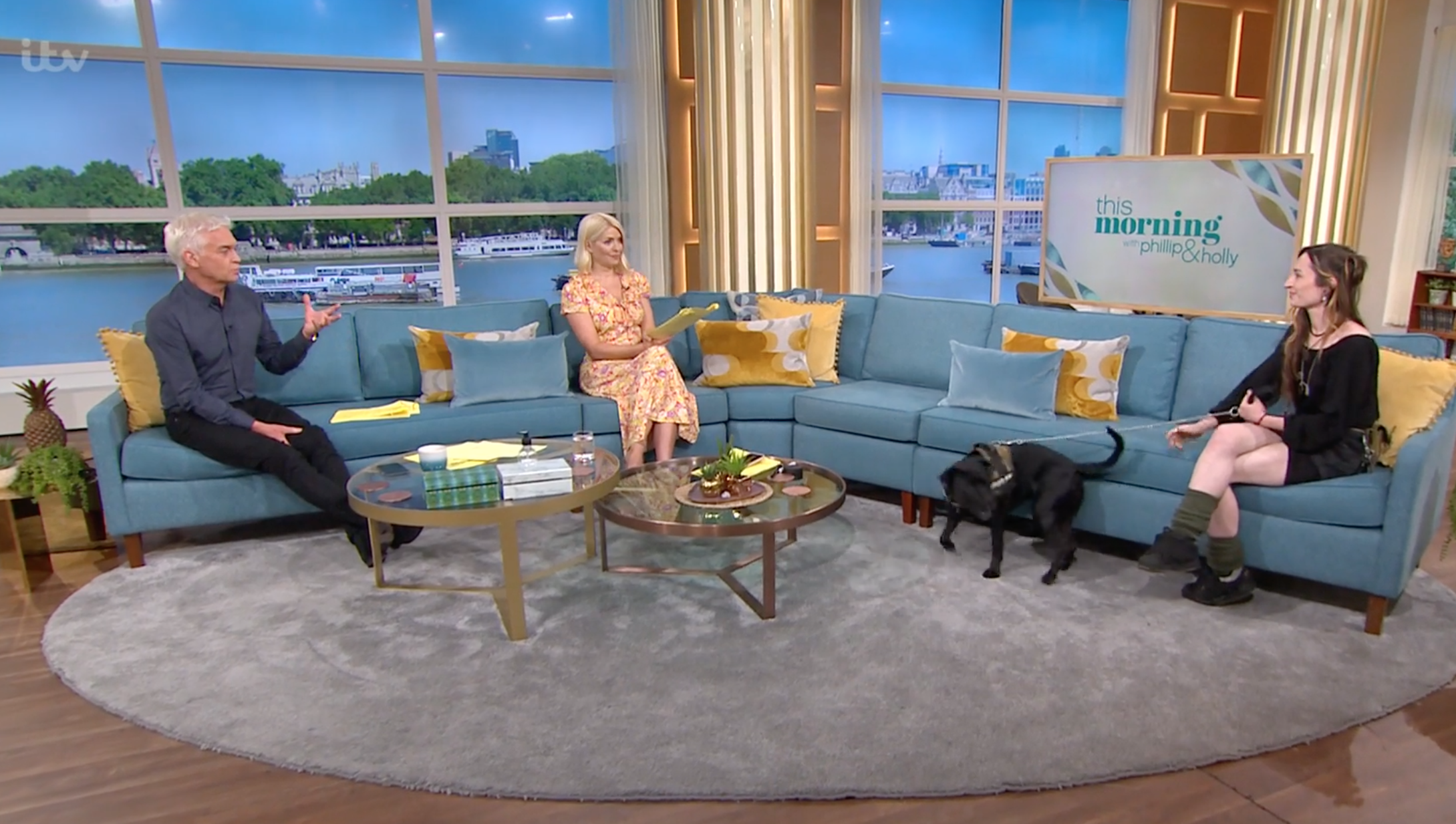 He then asked Holly: "Are you alright there?

"She's a little bit nervous at things like that.

"It's fine, we'll be laughing about this for weeks." 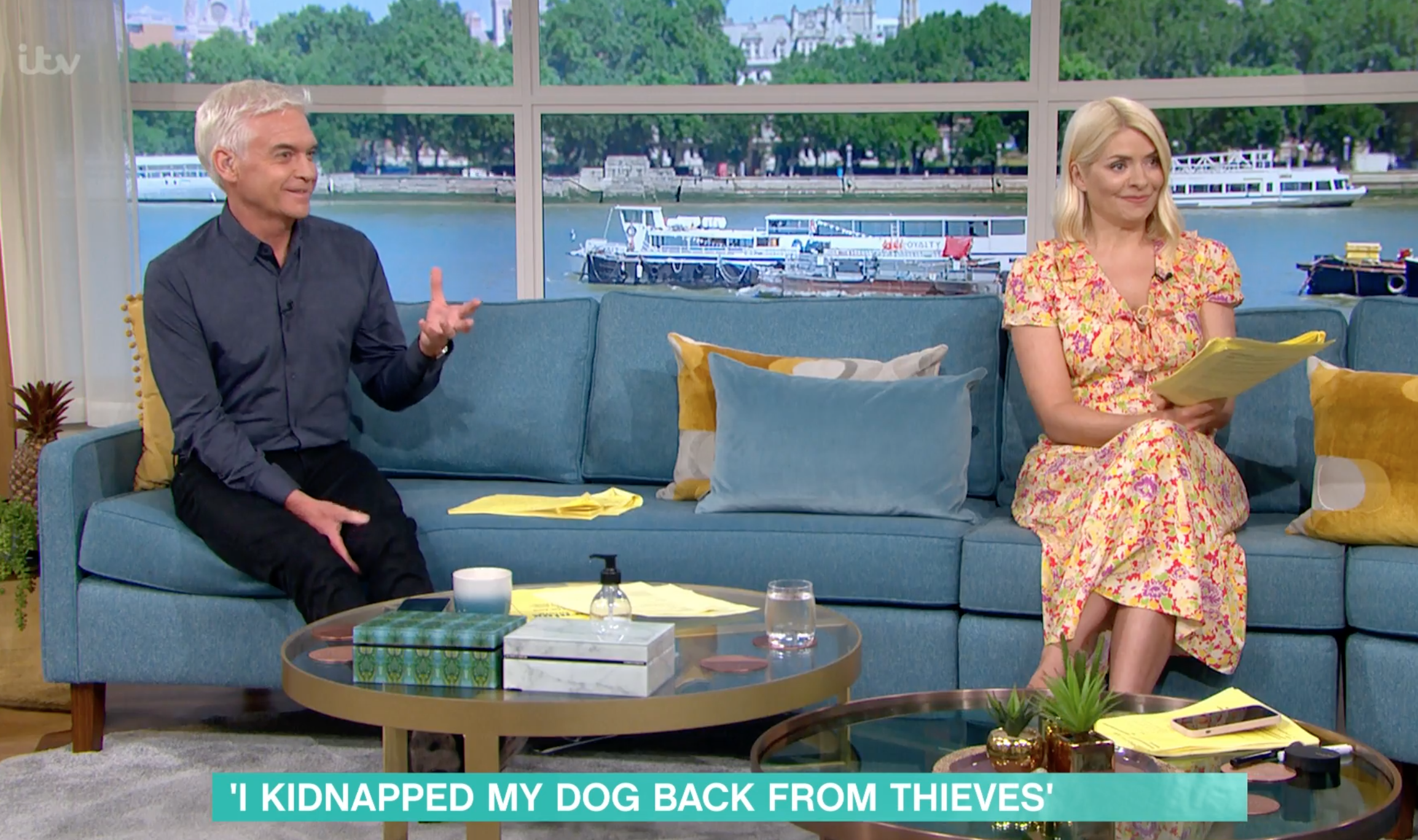 Ceilidh continued on to tell the remarkable tale about how she tracked Eco down.

After an eight hour stakeout, she was miraculously able to rescue her pet.

It's a stark warning to dog owners as figures reveal the number of dogs stolen in the UK has increased by 20 per cent in the past 12 months.