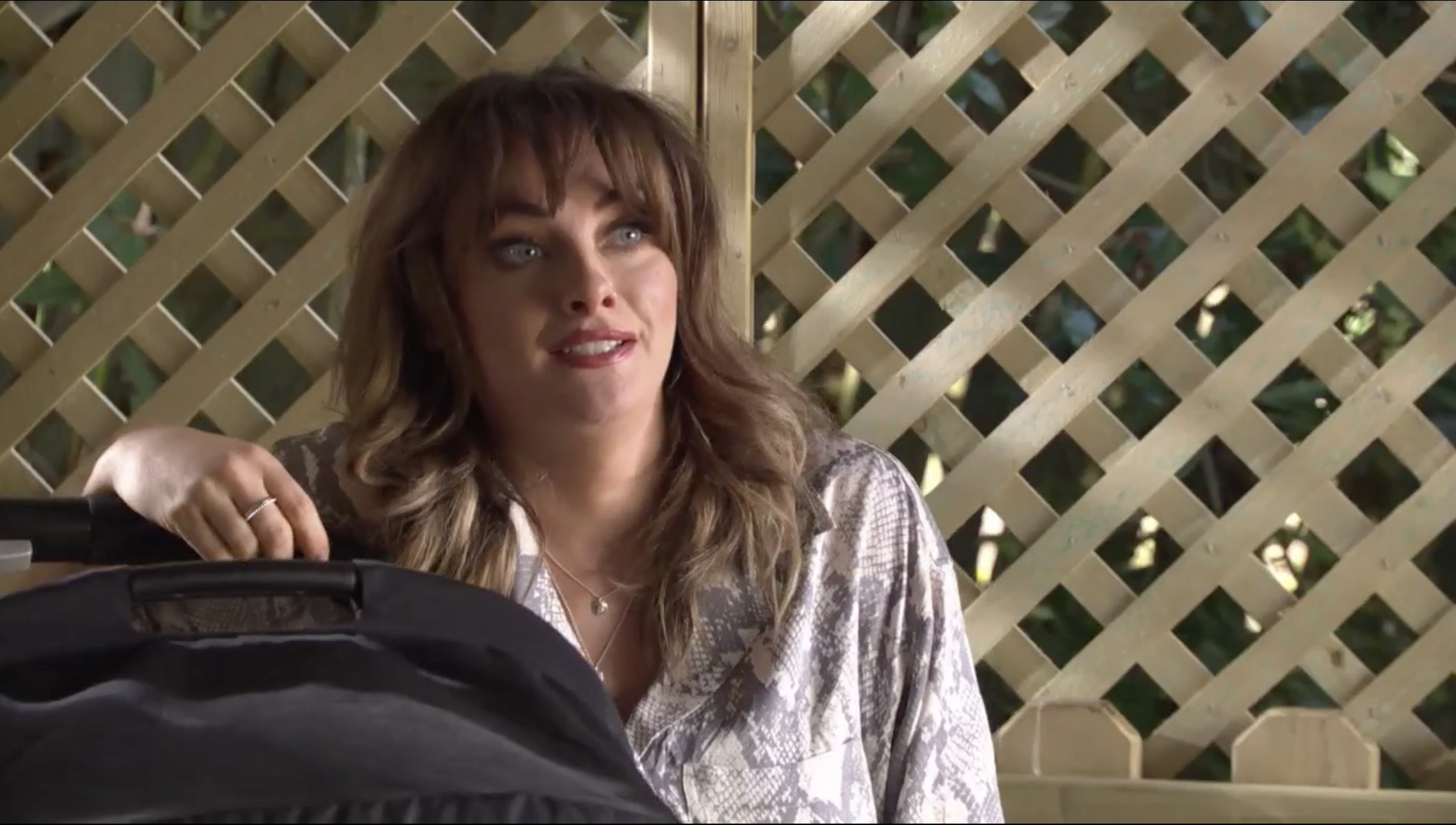 Hollyoaks has shed some light on the enigma that is newcomer Becky Quentin (Katie McGlynn).

The character, who made her first appearance in the Channel 4 soap earlier this week, bonded with Diane Hutchinson (Alex Fletcher), when they encountered one another outside the hospital.

Diane, who was worried about the possibility of picking up germs at the hospital, was only too delighted when Becky showed up, as it gave her an excuse to miss her appointment.

Becky is thought to be a dangerous, at least in regards to how much Diane is struggling at the moment.

And tonight (July 6), we learned a little bit more about her, that is after her put put her foot in it when she told Tony (Nick Pickard) all about Diane’s decision to skip her appointment!

Diane explained to Becky that Tony simply doesn’t understand her worries and concerns, and that’s why she refrained from telling him the whole truth about what she’s going through.

‘I know all about that!,’ said Becky, evidently having something on her mind. ‘Sometimes people don’t like admitting you’re right and they just bury their heads. It can cost you your friends. And your family.’

Diane’s interest was piqued at such a statement, and therefore she questioned Becky further.

‘Let’s just say that some things are best kept between like-minded friends.

‘Honestly, anything that’s playing on your mind, you can tell me from now on.’

Just what is Becky hiding? And why have all her family and friends seemingly disowned her.

The newcomer’s motivations remain shrouded in mystery, but towards the end of this week, viewers will see first hand just how potentially dangerous she could be for impressionable Diane.