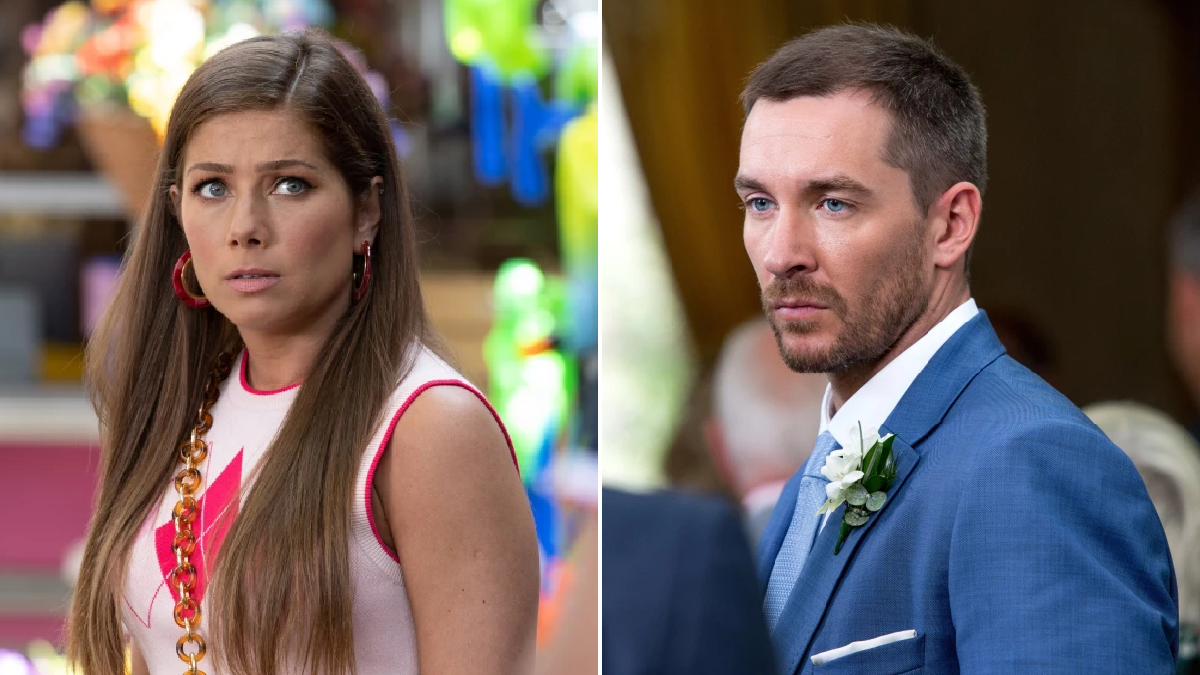 The actress, who portrays Maxine Minniver on the Channel 4 soap, ‘bonded’ with Anthony over a love of fitness.

The pair reportedly struck up a relationship last year, after Nikki split from ex Greg Whitehurst.

A source told The Sun: ‘Nikki and Anthony go to the same gym and are really into fitness, so they bonded over that.

‘Nikki has been having a bit of a tough time lately, and Anthony has been a great support for her.’

Anthony was previously in a relationship with Strictly Come Dancing star Dianne Buswell.

The 37-year-old portrayed Gilly Roach in Hollyoaks between 2005 and 2011, and also appeared in several of the soap’s spin-offs.

He made is debut in Emmerdale in 2013, portraying Pete Barton, a role he held for seven years. He left the ITV show in 2020.

Nikki, meanwhile, has been at the centre of a huge storyline in Hollyoaks in recent months, after her character Maxine discovered that newcomer Dave Chen-Williams (Dominic Power) is her biological dad.

Maxine demanded answers from mum Trish (Denise Welch), who confirmed that she and Dave previously had an affair.

Upset that her mum had been hurt, Maxine made it her mission to give Dave a piece of her mind, but Trish successfully prevented her from doing so.

As the New Year was rung in, however, Trish was left with little choice but to come clean.

‘Dave is your father!’, she said to Maxine, a revelation which understandably left Max stunned.

'Bachelor in Paradise': What Happened With Nick Viall and Jen Saviano?

'90 Day Fiancé': Why Some Fans Predict Yara and Jovi Won't Make It