Homes Under the Hammer: Martin comments on flat's front door

Martin, 57, was on hand to show Homes Under the Hammer viewers and some potential homeowners a ground floor flat located in New Southgate in London. As a property expert, the BBC presenter has overseen viewings of hundreds of homes and would know the best way to contract an establishment where someone is going to live. However, it seems he might not have seen everything when he discovered the prospective flat contained an extension of a kitchen in several different rooms.

Arriving at the flat in question, Martin burst through the doors in dramatic fashion and began analysing the property’s features.

The presenter commented on the entrance of the home: “What a lovely front door! First impressions really matter.

“I know it’s silly, it’s just a door but actually it really sets the scene. I don’t know if the rest of the flat is going to match up to that.

“But we always talk about first impressions with a property and a prospective buyer will see that and go ‘Nice door’.”

The property expert continued with his first viewing of the flat and detailed how more work needed to be done to bring it up to scratch. 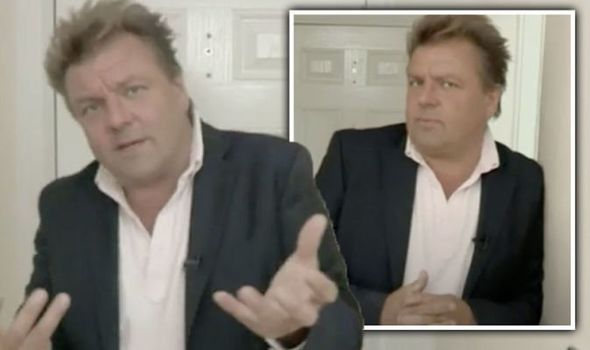 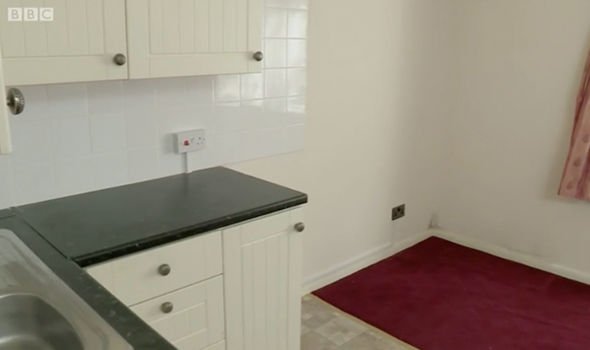 As he continued to walk through the flat, the presenter was brought to a halt as he said: “That’s a bit weird.”

The property expert noticed the living room had some kitchen units built into it as well as other units included in the bedroom.

“My guess is that was originally the kitchen and it’s been basically taken out to create a third bedroom,” Martin explained to viewers. 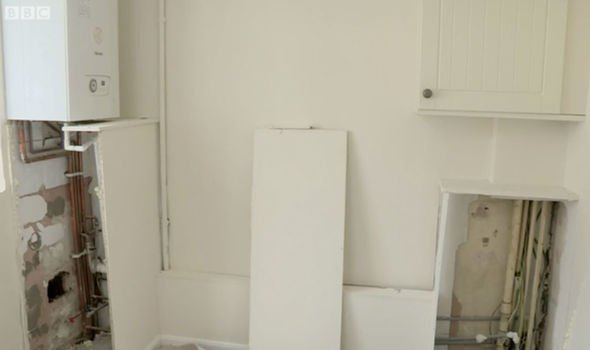 Although unique, the property expert detailed how the location of the flat could add some justification to the “weird” set up.

Martin said: “Now, in London, that probably makes sense, a three-bedroom flat is going to be worth more than a two-bed.

“On the other hand, is that good for that living area? I’m not so sure,” he remarked as he shared his opinion.

However, it was his own home that came under fire recently when viewers were given an insight into his living space.

Homes Under the Hammer: Martin finds fire damage at property

To film his weekly YouTube show, Property Clinic, Martin is seen sitting in a room in his house and gives advice to viewers on how they can tweak their properties to make them even better.

Unfortunately, it seems some of his fans commented on what they could see in the background of the picture.

Beginning one of his episodes last month, the presenter said: “Hello, hello. Martin here with your Property Clinic.

“I came into my room, which by the way, someone has complained about being too messy.

“Well, you know what? This is my messy room,” he told those watching at home.

Martin continued: “I’ve got other rooms which are not messy, but this one is messy. So if you don’t like it then…” before blowing a raspberry to the camera.

“You could always green screen the background out or cut out me, and put some tropical background in or whatever you want,” he suggested.

“Is this even a messy room? It’s a working video production room, you know, that’s what it is,” the presenter explained to viewers.

Homes Under the Hammer airs weekdays at 10am on BBC One.

Idris Elba Will Be Playing a New Character, Not Deadshot, in ‘The Suicide Squad’

'Élite': Who is Carla's True Love ― Polo or Samuel?

Do you remember seeing Gary Barlow in Heartbeat?