When Alex Trebek first announced he had Stage 4 pancreatic cancer back in March, many fans voiced support, including this message of support for him to maintain a positive attitude while undergoing treatment. Back then, there was hope Trebek could beat the odds and end up beating his cancer thanks to mental reinforcement and better treatment methods.

Unfortunately, reality hit fans between the eyes when he recently reported his cancer had worsened. Odds of his cancer returning were already great considering pancreatic cancer still has low survival rates beyond five years.

This hasn’t stopped him from continuing work on Jeopardy (November 2019), plus doing everything he can to help others facing a similar cancer diagnosis.

Take a minute to see what he’s doing to perhaps nurture his greatest legacy above his TV career.

Trebek’s recent cancer PSA is one for the ages 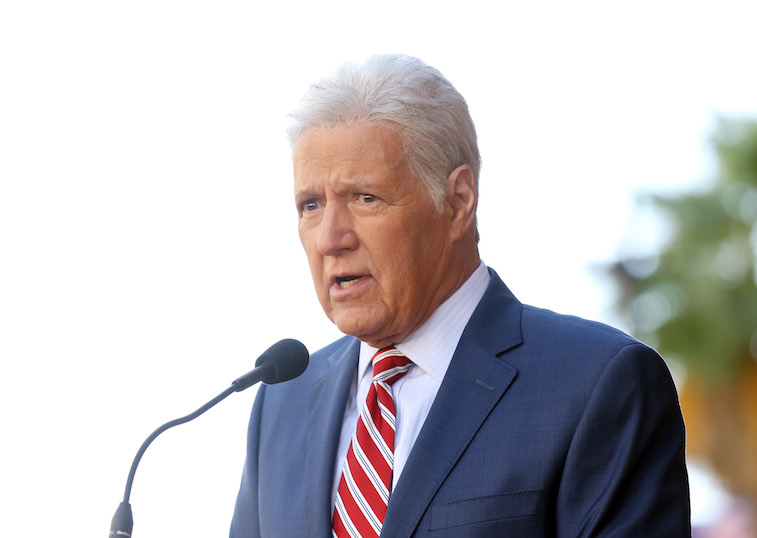 While Trebek still looked and sounded good in his most recent PSA, it was also a very serious and emotional one. He’s done several video announcements throughout the year about his cancer treatment progress.

One he did in October didn’t hold back in saying he was losing his battle, not including threatening his role on Jeopardy due to the chemotherapy affecting his speech.

So far, he’s holding up, but he didn’t hesitate to send a warning about what to look out for in the way of pancreatic cancer signs. Symptoms are sometimes very vague, according to Pancan.org. They remind that when someone starts seeing more acute symptoms, it usually means the cancer has advanced.

Improved body scans to catch cancer in early stages before symptoms start are in development, plus surveillance programs are underway. Nevertheless, it’s important to know the signs of pancreatic cancer and other pancreatic issues.

In his PSA, Trebek noted he ignored some tell-tale signs, including persistent stomach pain. His adamant effort is designed for upcoming World Pancreatic Cancer Day on November 21.

Trebek was wearing a purple-striped shirt and tie during his recent PSA. These are the designated colors to represent World Pancreatic Cancer Day the week before U.S. Thanksgiving.

On their website, ambitious plans are underway in bringing more awareness of this form of cancer. Multiple countries are going to join in on educating the populace on typical symptoms, not including finding better ways toward improved treatment methods.

Treatments are getting better, though earlier awareness of the disease will always help prolong the life of those diagnosed. Along with stomach pain, many of the common signs include unexplained weight loss, back pain, new-onset diabetes, plus yellowing of the skin or eyes.

Trebek’s work for early detection may be his ultimate legacy

World Pancreatic Cancer Day’s website reiterates early screening tools are currently in development to detect pancreatic cancer sooner. Self-detecting early symptoms are the only way to catch it as early as possible in the immediate term.

Without Trebek’s PSA, this cause might not have received the traction it has, outside of pancreatic cancer taking the lives of millions for decades. Statistics show 56,770 adults will be diagnosed with pancreatic cancer every year. To be more precise, this means 29,940 men and 26,830 women suffering from the disease.

After six decades in broadcasting (and hosting Jeopardy for over 35 years), Trebek’s most lasting legacy may be saving lives from a form of cancer that’s been ignored a little too long.

Those early detection tools will hopefully be named after him someday as a reminder of his thoughtfulness beyond hosting one of the greatest TV game shows ever produced.