SHE sold 500 million of her steamy novels and became the “Queen of the bonkbuster” – but Jackie Collins’ greatest legacy is teaching an entire generation of women how to make love. 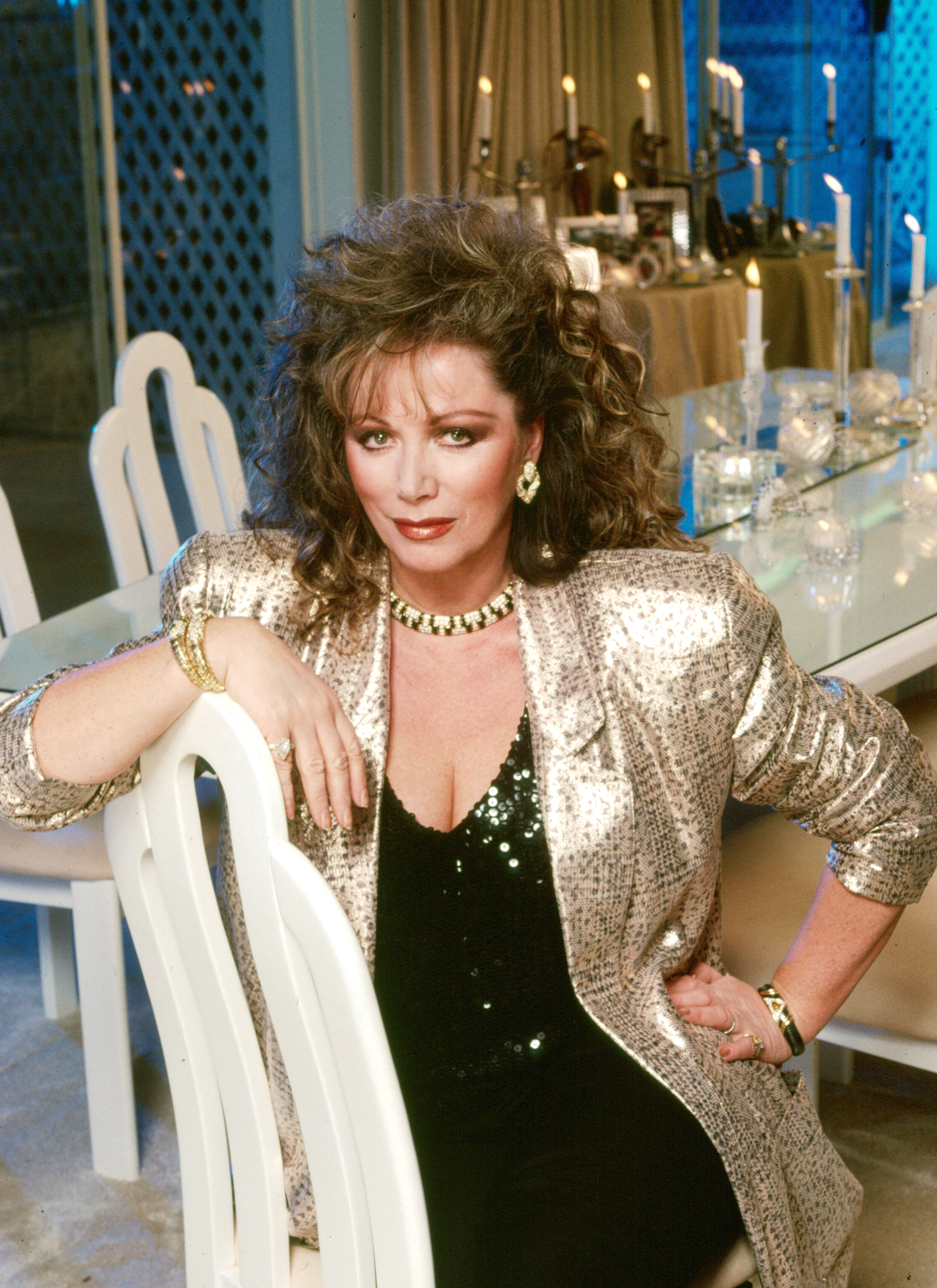 But Jackie, who died of breast cancer aged 77 in 2015, shunned the cynics and told women they could sleep with who they wanted and, like men, shouldn’t feel guilty about it.

Close friend and publicist Jeffrey Lane said: “Jackie was the first author to write about women who behaved like men, who did what men did and didn’t apologise or excuse themselves.

“There was great snobbery at that time, but Jackie was laughing all the way to the bank.”

Yet for London born-and-raised Jackie – younger sister of legendary Dynasty actress Joan Collins, 88 – it was always about more than money.

Her message, like her own life, was based around the idea that women could be anything they wanted to be – including rampant lovers.

The 90-minute doc, which airs tonight on BBC2, uses previously unseen footage, diary extracts and lengthy interviews with her close friends and family to look back at her inspirational life.

Her daughter, Rory Green said: “Now, as a woman in my Fifties, I get so many women, who were teenagers at the same time I was a teenager, saying: ‘Oh my god your mum taught me everything about sex and I was like: ‘Oh really.”

Her other daughter Tiffany Lerman said: “Well, great because she wrote great sex in great books. God forbid a woman should be writing about sex the way a man would write about sex.

“These men didn’t get called out on it so it was a real double standard that was really unfair.”

From the moment she published her first novel, 1968’s The World is Full of Married Men, she filled the pages of her books with stories of love making that weren’t just about men getting what they wanted.

Her characters were always strong, independent women who got what they desired – and that included the men they wanted.

One of her best known was her second book, The Stud, which would later be turned into a particularly steamy movie in 1978 which boosted the career of sister Joan when she was cast in the lead role.

From the very beginning she based her characters on the glitterati she met in some of the most hedonistic party spots in the world.

She enjoyed sex from an early age and always targeted men with great bodies – preferably those who hit the gym and the beaches of sun-kissed California and the South of France.

The rich and famous she met along the way were often wondering if they’d unwittingly featured in her writings. And there were plenty of them.

In the Fifties when sister Joan was making it big in Hollywood she’d join her at star-studded parties with the likes of Robert Mitchum and Marlon Brando.

And in the Seventies she’d be rubbing shoulders with the likes of The Rolling Stones and Rod Stewart at London club Tramps.

But in between those decades she attempted some kind of family life, marrying Wallace Austin in 1960 and having her first child, Tracy, a year later.

He had bipolar and became addicted to medication and abusive to Jackie, which forced her to leave him.

He took his own life shortly after their 1964 divorce.

It was around this time that she decided to reinvent herself, and finally move out of the shadow of her sister Joan and her father, theatrical agent, Joseph.

Her daughter Tracy said: “This was the defining point in her life, to moving her on, to protecting herself.

“And how did she do that? She created a world for herself of wonderful characters who wouldn’t let her down. If she could become successful in her own right nobody else could take that away from her.

“I think her first book was in her psyche for a long time. Because she had a lot of trauma prior to that. She found that very very painful to talk about. So to be able to sit down and write, that was her lifeline.”

Jackie went on to have more relationships, but the most important person in her life was always her daughter.

Tracy said: “She certainly got into having a few relationships. What her own turmoil was after my father, I don’t know. But she felt that she deserved more.

“I know she had two men that asked her to marry them and she took me away on holiday with both of them to decide who was better with me.

“That would have been very confusing for me but, nonetheless, she came back and decided that Oscar Lerman was the man for her.”

Oscar was an American nightclub impresario 18 years her senior – and the greatest love of Jackie’s life.

They had daughters Tiffany and Rory in 1967 and 1969 respectively.

The couple were together for 17 years up to his death from prostate cancer.

He always encouraged Jackie, particularly in the Seventies and Eighties when she move to Los Angeles permanently to write books including Hollywood Wives, Chances and Lucky.

Then in 1990 came Lady Boss, which gives the doc its name.

But she had to protect herself from criticism during this period too, and that was when she started to wear giant blazers with shoulder pads and equally big hair and jewellery. It became her trademark look.

Daughter Tracy said: “The criticism felt, to her, quite difficult. She was like: ‘I’m gonna go out there and make sure I protect myself.’ She had to find an image – almost like a shield.”

Sister Joan, who’d always described their relationship as being “cool”, found a new chill blowing in when she hit the big time on Dynasty in the Eighties.

She was offered a lucrative book deal to pen Prime Time and Love & Desire & Hate and, including her lifestyle books, she sold over 50 million works.

But it soured relations between the siblings.

In the doc Joan says: “I had a couple of relationships with men where Jackie loathed them and they loathed her so it was kinda difficult. We saw each other, but it was slightly cool.

“And then when I got offered two million dollars to write two books, you know you don’t turn that down.”

Jackie then fell out of fashion after the Nineties.

Her particular brand of feminism always centred around bold women using their beauty and slyness to get what they wanted rather than being nuanced characters who excelled through sheer talent and hard work.

Still, she wrote relentlessly, always using the same lifeline to keep her going and using her world famous persona to promote her novels.

But it was just this obsession with work that contributed to her failing to keep an eye on her health, and in 2009 she was diagnosed with breast cancer.

Tracey said: “Because of her past experiences, there was that bit of her that transcended what she may have been concerned about.

“Things had been so tough before this. And I think her traumatic experiences kept coming back into play. But she couldn’t write it out.

“So she said: ‘Right I’m just going to be fabulous, I’m just gonna live my life – I don’t really want to know if there’s anything wrong with me.’

“In her mind that was her taking Jackie Collins out for the last time.”

Jackie returned to London for a week to see family and promote her latest book which saw her appear on Loose Women and The One Show.

Her drawn appearance naturally attracted suspicion among viewers about the state of her health, and she was advised against doing anything too strenuous.

But she was determined to live her life as she wanted until she drew her last breath, a sad moment which came on September 19, 2015 – just two weeks before her 78th birthday.

Jackie’s tearful daughter Rory said: “That’s what it felt like – it was like she wrote her own ending.” 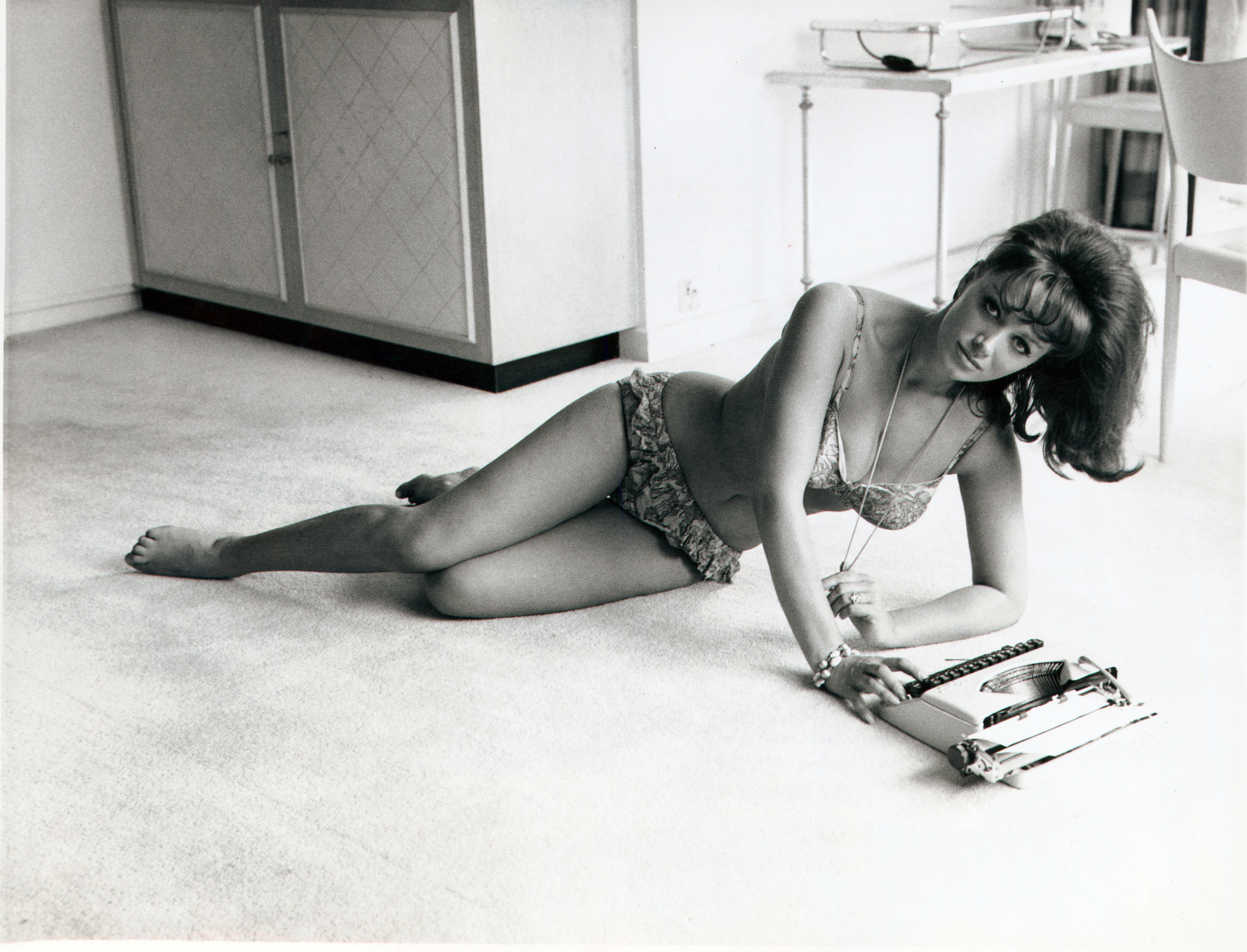 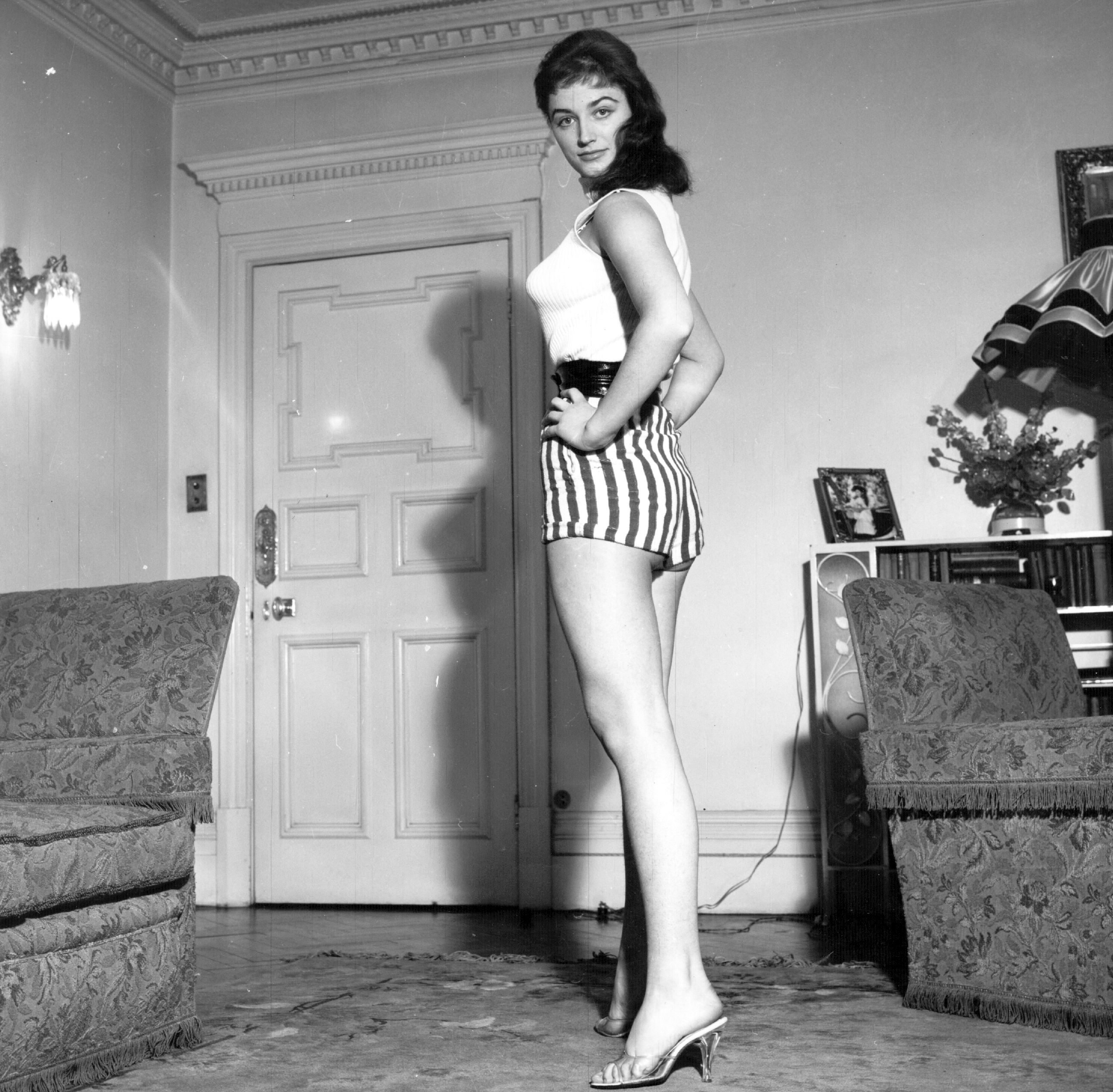 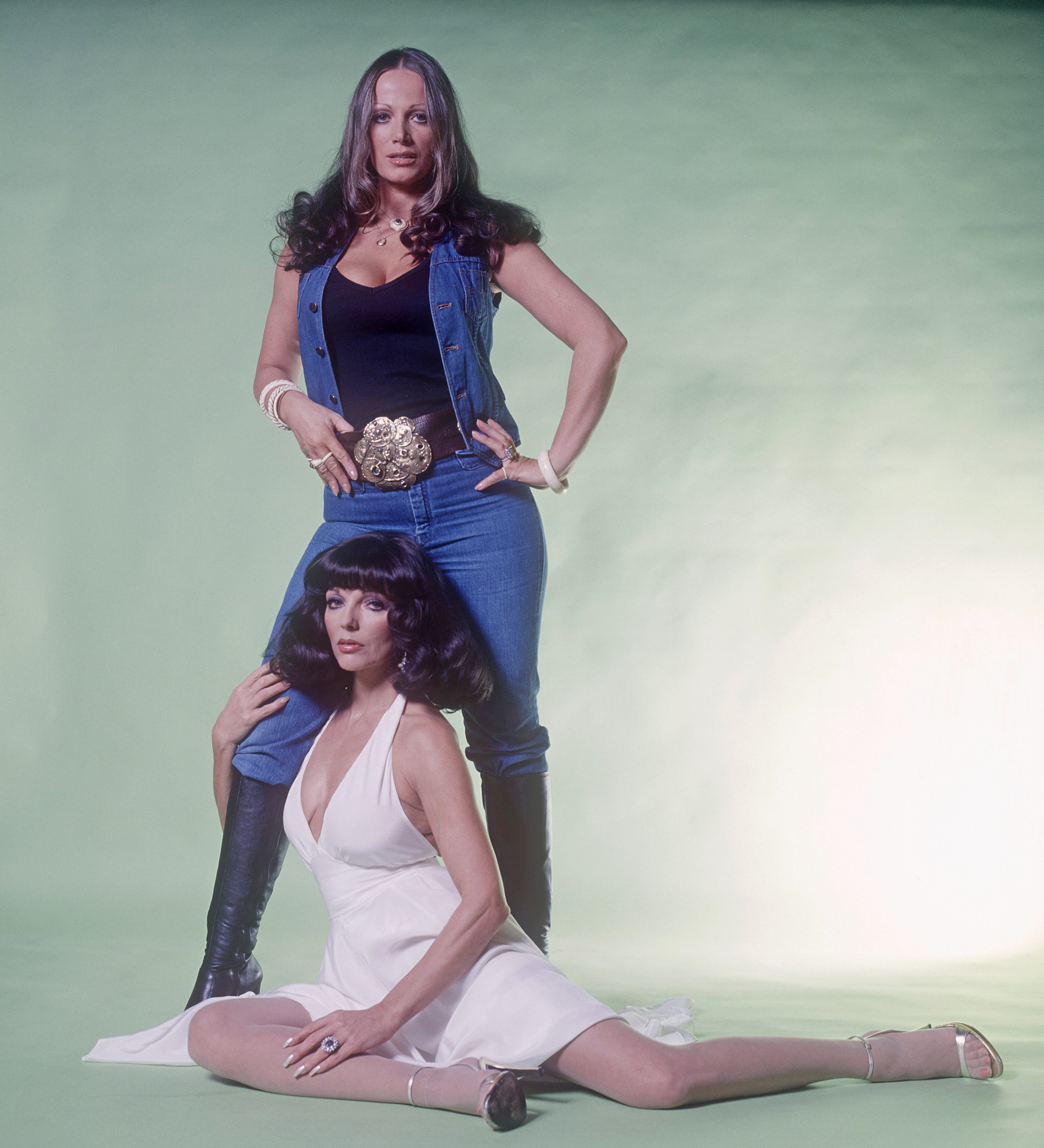 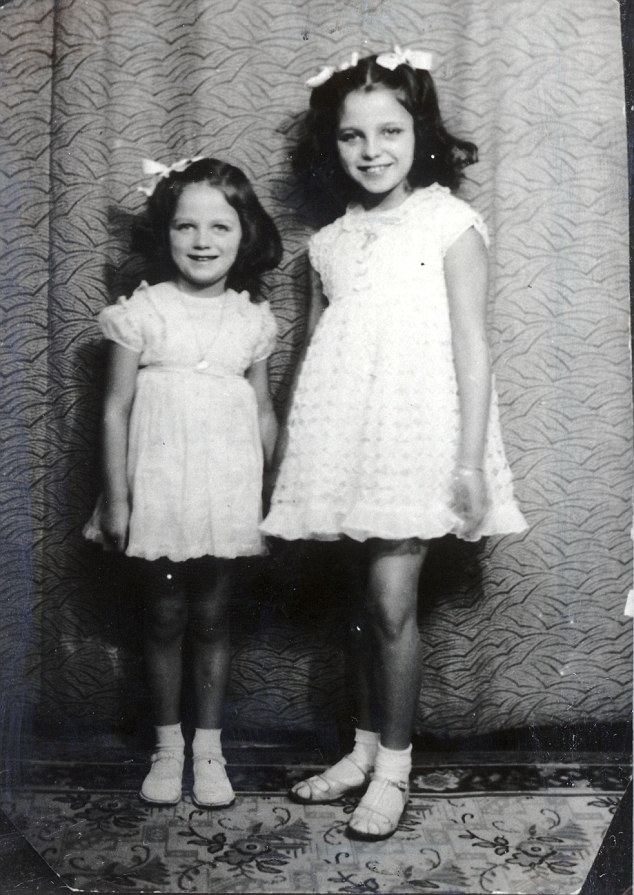 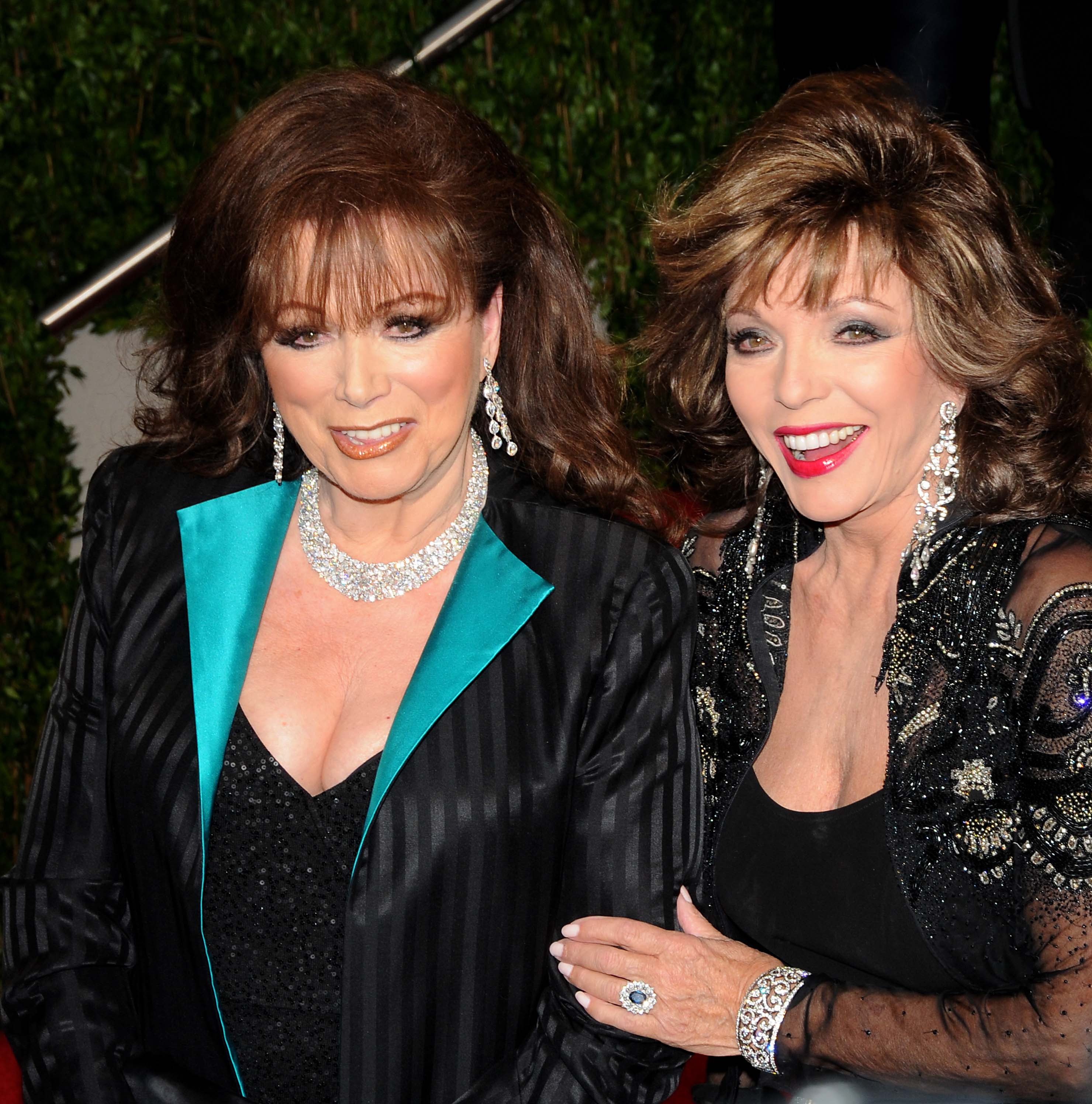 Is There a 'Star Wars' and 'Moulin Rouge' Connection? Sort of, but It Was on Accident