Ant Anstead and Renée Zellweger are a couple in love. The reality star and the Oscar-winning actress seem to be a winning pair, and they’re not afraid to show their relationship off.

In fact, the two stars are reportedly already moving in together, though the relationship is still in the early stages. Radar Online reported that the paparazzi caught Zellweger moving things into Ant’s house roughly a month after they started dating. The couple has also been papped all over town, riding bikes together and engaging in sweet PDA (via Page Six).

Sources also told Radar Online that the “Bridget Jones’s Diary” star has “never been happier” than she is in her relationship with the “Wheeler Dealers” star. This all seems to be moving at a very fast pace, which has led fans to ask the question: How did Ant Anstead and Renée Zellweger fall in love so quickly? Keep reading to find out! 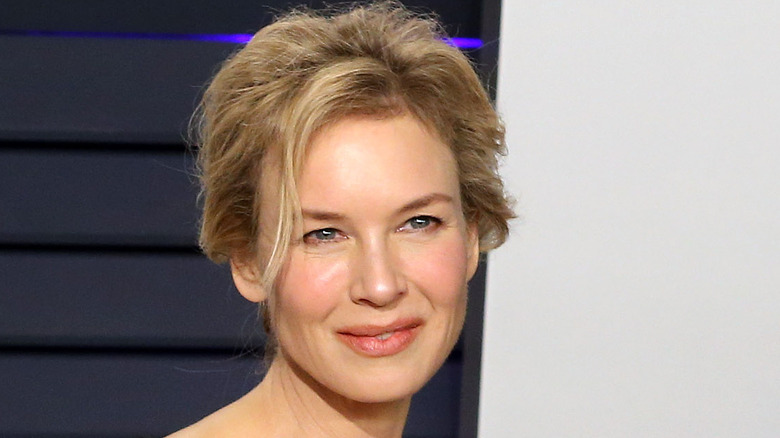 A source close to Renée Zellweger told People that she and Ant Anstead hit it off quickly. They first met on the set of Ant’s show “Celebrity IOU Joyride,” per the Daily Mail.

“Sometimes two people just meet and click, and the timing is right,” the source revealed to People. “Renée is creative…and often goes for guys who think out of the box. She’s smart, thoughtful, and always looking to expand horizons and nurture those around her. Both of them are private and dislike public scrutiny, so they have that in common. He’s a creative guy with lots of interests, and she likes to write and produce, so they have things to talk about when together.”

Ant clearly feels the same way; he shared an Instagram post featuring one of Zellweger’s dogs. He also invited a friend of his over to his place when he was next in the States, writing in an Instagram comment that he wanted his pal to “meet” someone special, per People. Seems like these two are truly a Hollywood match made in heaven!