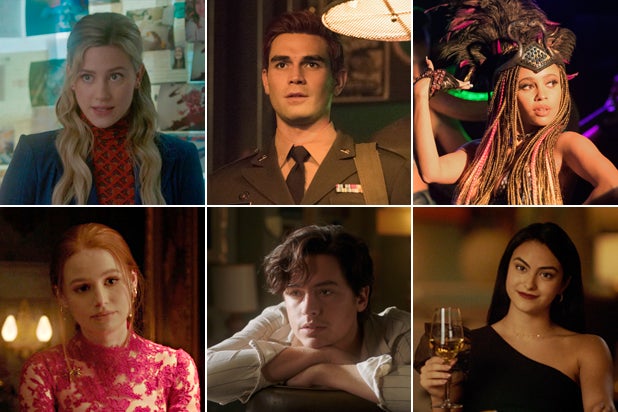 “Riverdale” flashed seven years into the future — or rather, brought us into the present day — with Wednesday’s episode of The CW drama. And while we find the mid-20s versions of Archie Andrews (KJ Apa), Veronica Lodge (Camila Mendes), Betty Cooper (Lili Reinhart), Jughead Jones (Cole Sprouse), Toni Topaz (Vanessa Morgan) and Cheryl Blossom (Madelaine Petsch) in very different places from where we left their teen counterparts after graduation last week, each of their paths were carefully plotted out by series creator Roberto Aguirre-Sacasa. The “Riverdale” showrunner assured TheWrap everyone is exactly where they need to be before they can reunite at Archie’s request to save Riverdale from the dark (like, even darker) place it’s become under Hiram Lodge’s (Mark Consuelos) reign.

“We wanted our kids in their mid-20s to be closer to the age they are in real life,” the “Riverdale” showrunner told TheWrap. “I know that’s something we were really excited about in the writers’ room and that the actors were as well. So we just thought, let’s go to the their mid-20s, where they still have some of their youth and idealism, but enough time has passed that they’ve experienced the world and can come back changed. That was where we wanted them to be.”

So how did the “Riverdale” team decide what to do with Archie and the gang — and where are they headed throughout the rest of Season 5? Below, see Aguirre-Sacasa’s answers for each of the show’s six main characters.

Archie Andrews
“He had been looking to go to the Naval Academy, which is joining the military. So he had been talking about that. We talked a lot about what options high schoolers face when they graduate. Not everyone is destined for college. We said a lot of people join the military. And Archie is sort of — I think the story of ‘Riverdale’ is the story of Archie’s epic journey as a hero. It felt like one of the archetypical journeys that heroes go on is they enter the military or they go off to war and they learn about themselves. Archie says he’s always trying to live up to the memory of Fred and he thought, ‘Oh, this might be a way to learn everything that came to Fred naturally and to find myself and figure out how to be the best man possible.’ That’s where that decision came from. It’s also very archetypical and only Archie would be the character that would do that. And we got really excited about that. As for having a career that’s super successful, I would say stay tuned. There’s a lot more to come.” 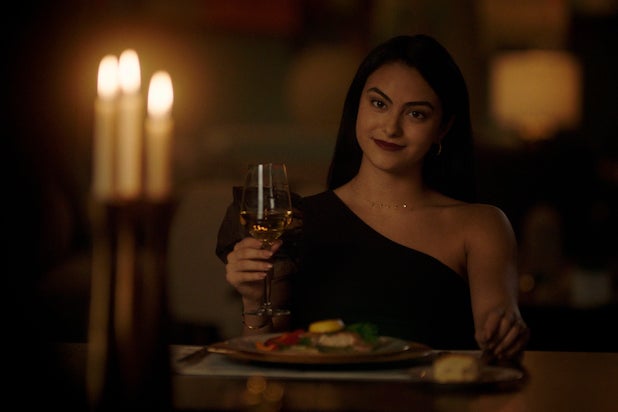 Veronica Lodge
“Veronica has, in many ways, been defined by her relationship and her antagonism with her father. When we were conceiving of what’s the most surprising place we can find her, we thought, what if she is following in her parents’ footsteps and has entered a marriage with a guy who has some similarities to her father, who is such an important figure in her life? We also talked about, should none of our main characters be married? And again, it just felt right that Veronica would have made rash decisions and tried to hold on to ideas of who she was meant to be. Chad does have some very appealing qualities. He’s handsome. He’s ambitious. He, again, reminds her of her father, weirdly. It felt like a great problem to put on Veronica that she felt constricted in her marriage.” 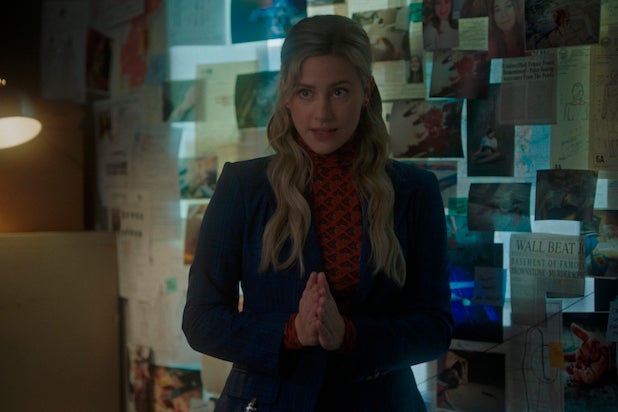 Betty Cooper
“So much of Betty’s life has been defined by the killer she’s caught, by the fact that her family’s legacy is entwined with not one, but two or more serial killers. We thought that there was something about, as Charles says in the second episode, ‘My goal is for you to join the FBI and join me.’ We thought there was something about Betty doing just that, but joining the FBI to hunt serial killers and use her, let’s say predisposition, as a force of good, as opposed to evil like her father or brother. So that felt good to us.” 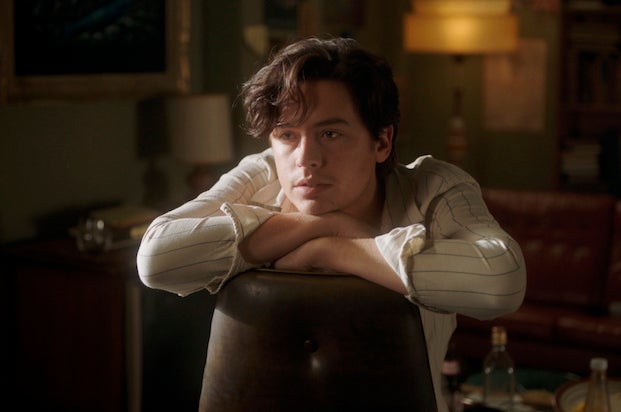 Jughead Jones
“It’s something that just felt right to us, that Jughead, who was our most outsider character, is the one looking for that connection a year later. In a way, he’s kind of a noble, honorable character and has decided to try and honor the pact he made on the bleachers with his friends. We will discover later in the season that there’s a reason why Jughead is on the East Coast and was able to make that detour to Pop’s. But there was something melancholy about the graduation episode and it felt like Jughead was the character, because he’d been telling the story from the beginning, to capture all of those feelings sitting in the booth there. And then Archie trying to bring everyone together, that just felt very Archie to us as well.” 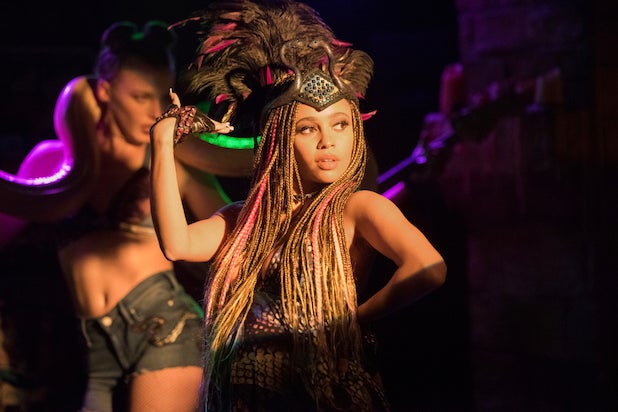 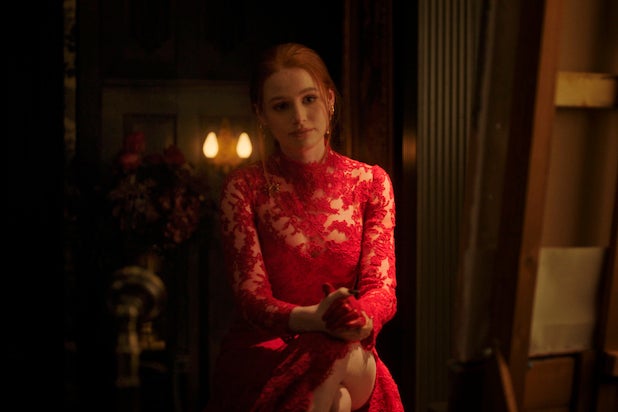 Cheryl Blossom
“With Cheryl, we always think of her a little bit as a Gothic heroine. She burned down the mansion Thornhill at the end of Season 1. We thought that in a nod to that, and as a return to that, it would be cool if she were rebuilding that over the seven years and that it was a little bit like the Winchester house, which Cheryl, who often talks about the Blossom curse, really thought that she were cursed. And the only way to stop that curse would be to forever be renovating and constructing and building out Thornhill. We thought that was a good way to play her as a bit of a Gothic heroine, knowing of course that she would, like Elsa in her ice palace, eventually come down from the mountain.”

As for why “Riverdale” waited four episodes into Season 5 to do its time jump — which confused a few fans who knew the seven-year flash-forward was coming, but not exactly when — you can blame the pandemic, which prematurely ended Season 4 before the kids could hit their all-important high school milestones.

“We decided early on, when we stopped in the middle of shooting our prom episode, we kind of thought, well should we just find our characters when we come back in the present, as adults? And we felt like, since ‘Riverdale’ had been ostensibly a high school show, we shouldn’t skip over things like prom and graduation, that those were rites of passage that every coming-of-age show hits,” Aguirre-Sacasa said. “However, we’d already shot a bunch of the prom episode, so we couldn’t even really rewrite it to make it sort of feel more like a season premiere. So we bit the bullet and said we’re going to start with what would have been the last three episodes of Season 4 and we thought that they had enough momentum that they would carry us to the time jump.”

He continued: “But I know that there was a little bit of confusion like, wait, I thought ‘Riverdale’ was going to do a time jump? Like last week, when people watched the graduation episode, a lot of people were like, ‘Oh, this felt like a season finale.’ Well that was going to be the season finale. So I think ultimately, we made the right decision and it would have been a bummer to shortchange those last iconic high school experiences in the first few episodes.”

“Riverdale” airs Wednesdays at 8/7c on The CW.