Marisol Nichols is not your average actress.

She loves to bake cookies with her 12-year-old daughter, Rain. She’s entering her fifth season on the hit CW series Riverdale as Veronica’s scheming mother, Hermione Lodge. And, for the past six years, Nichols has been working as an undercover agent in the fight against sex trafficking.

The 46-year-old actress has been working with agents from the FBI, Operation Underground Railroad and local law enforcement to serve as the ‘bait’ for sting operations domestically and internationally. Nichols first shared her story through an in-depth feature with Marie Claire titled “The Hollywood Vigilante” in April.

Now that her secret side gig has been revealed, Nichols is opening up exclusively to ET about the decision to put her life on the line to protect children and what’s next for the upcoming TV series she’s executive producing and starring in which is inspired by her story.

Plus, Nichols is getting candid about why she never told the Riverdale cast and creatives about her undercover work on the weekends.

“They wouldn’t believe me!” Nichols said during a virtual video interview last week to promote her upcoming Hallmark Movies & Mysteries original movie, Holly & Ivy. “Once I was like, ‘Sometimes I do ops,’ and they were like, ‘Yeah, yeah, yeah.’ They didn’t really get it and I didn’t really talk about it.”

“I’m a big believer in — I’d rather do it and apologize later, than ask permission and be told no,” she continued with a smile. “So I was like, I’m just going to sneak away and do it and I’ll worry about it later because it meant more to me. I was doing this before I had Riverdale, so it’s not something that I ever want to stop doing.”

Keep reading for ET’s full interview with Marisol Nichols below. 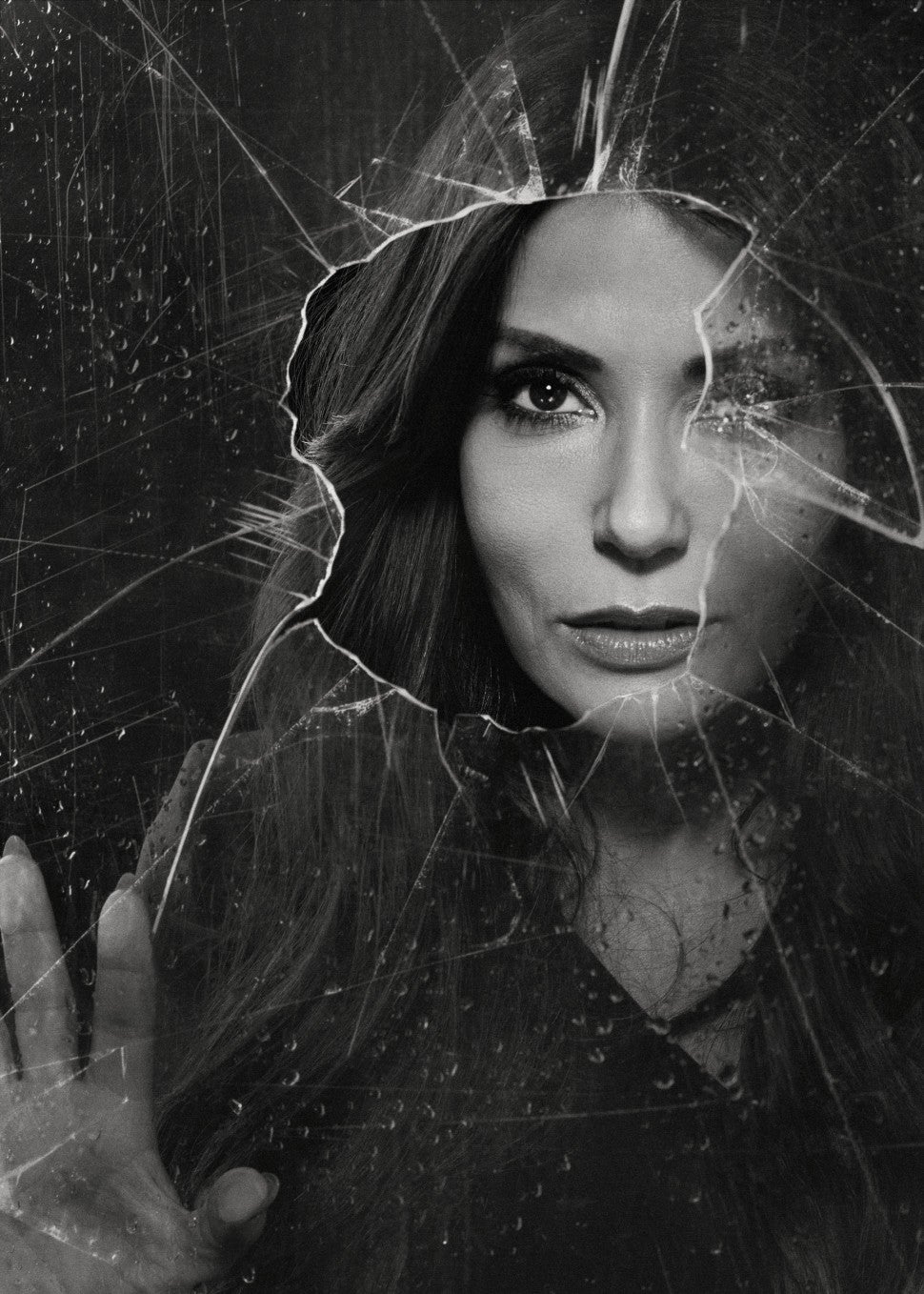 ET: Marisol, you have shocked the world with your story! How did your undercover work in the fight against sex trafficking begin and why was it so important for you to share your story now?

Marisol Nichols: It began years ago. It began after I did a TV show called GCB, remember that one? And I started kind of diving into this world and the more I learned about it, the more I just couldn’t sleep. I mean, just to be honest, I could not sleep. I’m a big believer that the more you know about something, the more you can do something about it. And it was kind of bothering me that at the time I was doing press for GCB, I was being asked to go to different charities. And I would memorize a statistic on a card and go on the red carpet and spit out this statistic and it looked like I was die-hard about that cause, when really I just got asked to go because of the photographers. And so at the same time, I’m learning about child sex trafficking. And I was like, “I can’t not do something.” And so I was like, “Fine, I’ll do my own red carpet, and I’ll call my own celebrity friends and I’ll have them memorize the cards and I’ll form my own charity.” And that’s literally how it started. And then I was fortunate enough to hook up with Operation Underground Railroad and Tim Ballard the founder of that is one of my best, best, best friends and we became kind of like an instant brotherhood in this. He started teaching me and taking me out.

And with Marie Claire, I had already gone out a bunch of times, but Riverdale was really taking off and I was like, I have probably a bigger voice than I’ve had so far in my career. I want people to know about this, but I want them to know about it, sort of, how I know about it. So at that time, Marie Claire was like, “Fine, we’ll come with you on an op.” And they came with. They holed up for four days in a godforsaken hotel in Flint, Michigan, and they kind of dove in and I snuck away from Riverdale for a minute. They didn’t know I was doing it. I didn’t tell them.

Did you ever share the details of your undercover work with your Riverdale co-stars?

No, not really because they wouldn’t believe me. Once I was like, “Sometimes I do ops” and they were like, “Yeah, yeah, yeah.” They didn’t really get it and I didn’t really talk about it. “I’m a big believer in — I’d rather do it and apologize later, than ask permission and be told no. So I was like, I’m just going to sneak away and do it and I’ll worry about it later because it meant more to me. I was doing this before I had Riverdale, so it’s not something that I ever want to stop doing.

Like you had mentioned, Riverdale was getting bigger and bigger and you were becoming more and more notorious and synonymous with the character you were playing. Were you sometimes worried that it would blow your cover?

I was kind of like, “Jeez, yeah, I’m going to have to get a better disguise.” In the past, we just kind of messed up my hair, put in different contacts, messed up my skin to look like a meth addict, but all I kept thinking was I’m going to have to get a blonde wig or something like that. And for me, the biggest part was getting calls [from the agents] like, “Can you come?” And I’m like, “I can’t, I’m filming.” And they’d be like, “Do you know when you can?” And I’d be like, “I get the next schedule in another week and then I don’t know.” That was my biggest thing, like, timing-wise I needed to figure out how to time this out somehow so I could still do it. 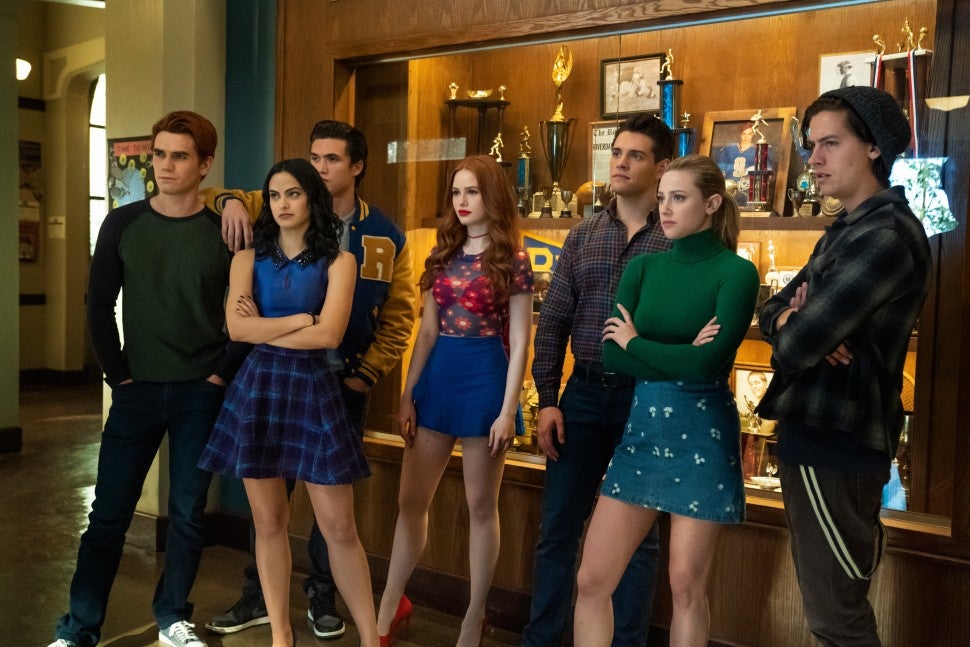 With a show like Riverdale, there are actors in their mid-twenties, but they’re playing teenagers. And, since it’s a CW show, we’re seeing these characters having sex for the first time and it’s almost over-sexualizing kids. Were you ever concerned about being part of a show that had that message?

That’s a really good question. For me, I’ll answer that in two parts: The first part is that my concern is that I wouldn’t let my own kid watch the show. My kid was eight at the time [when Riverdale premiered]. And, you know, the first shot was of Archie banging his teacher in the car and I was like, “Oh, you’re not watching this show, honey.” My only concern was seeing younger kids — younger than my daughter — seeing the show and embracing the show. And then, you know, obviously these guys are in their twenties. It’s pretty obvious that these guys are not teenagers now. Though to answer your question, there are shows like Cuties on Netflix that are actual kids and that makes me want to puke because I know that’s basically a movie for pedophiles. Regardless of what the filmmakers’ intention is, it’s just by the nature of how it’s being filmed you’re showing little girls — even though you’re trying to highlight the problem — [you’re showing] little, little girls in a very, very, very sexualized manner. Those are the pills I have a hard time swallowing.

We’re very excited about your upcoming partnership with Sony Television Productions as they have optioned the rights to your story. What does that mean for you? Are you going to be starring in this series? Will you be serving as an executive producer? Break it down for us, Marisol.

Yes to both. So I’ll be executive producing and I just hired a showrunner, but I’m going to wait until his deal is done until we announce it. And then we’re going to write a script that will be loosely based on my life. Obviously, we’ll have to take some creative [liberties] and then there will be some things that I just want to keep for myself, but it will be based on my whole story and how I fell into it. And then we will create a character around that and I will play that character.

What do you hope viewers will take away from this series once they finally get a chance to watch it?

I would say more so than anything, I would want people to know what the issue is and not to be so overwhelmed and horrified that they won’t tune in the next week. That’s probably the biggest challenge. You need good people to learn about this because if good people don’t learn about it, nothing will get done about it, right? Because all of the bad people know about it. So first and foremost, I want to educate and I want to bring awareness, but awareness in a way that is a catalyst for change. So just like things were demanded of the Me Too Movement, and demanded of the Black Lives Matter movement, we need to demand an end to child sex trafficking. Those three words should never be in a sentence. Let alone, an issue. So at the very least, I hope we tell a really good story. I hope we can be really entertaining. But, underneath it all and more important than all of it, I hope we can make a difference in this issue, in the world. That’s what I want.

I actually wanted to quit acting and just go into law enforcement and just do this full time, and so I just want to commend those who do do this full time. The Tim Ballards, the Operation Underground Railroads, the FBI, the child sex trafficking units, the CIA, the child sex crimes units, all of them, they need help and support. They need more money. They need more people. We need to keep doing this… I think it’s the best way to tell a story. I think at the end of the day, it has to be entertaining and we have to educate. I think it can be a really special, special platform — at least I’m hoping for it.

This interview has been edited for length and clarity.