The Undoing, which airs on HBO, has taken the television world by storm and follows the Fraser family who become caught up in the murder investigation of a parent from their son’s school. Grace Fraser (played by Nicole Kidman) and her husband Jonathan (Hugh Grant) live with their young son Henry and seem to have the ideal life. But when Elena Alves (Matilda De Angelis) a new mum at Reardon where Henry goes to school, is killed, the Fraser family’s lives turn upside down. At the moment, Hugh’s character Jonathan is the main suspect in the murder investigation.

Appearing on The Graham Norton Show tonight, Hugh spoke about why he took on the role and how he regretted being away from his kids.

He divulged: “Having spent a career unable to muster a single emotion, I find in my old age I can’t stop them.

“It’s something to do with children or love, or my wife, or something, but I can’t keep it at bay.”

Hugh continued: “I did this job partly to get away from my young children as they are exhausting at my age. 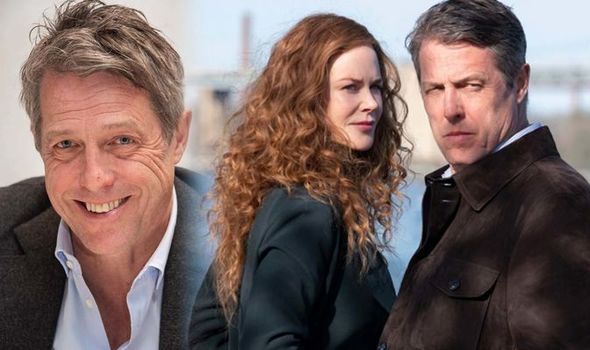 We will use your email address only for sending you newsletters. Please see our Privacy Notice for details of your data protection rights. The Undoing theories: Who killed Elena in The Undoing?

“I thought it would be great to have a break but every time I arrived in New York I missed them so badly I was a mess, so every scene was suddenly a cue for tears for me.

“I’d even go into a cafe and ask for a cup of coffee and the tears would come!”

Going on to tease his role on the show, Hugh remarked not everything is as it seems.

“It’s so hard to talk about because there are so many precipices and I don’t want to give anything away,” he told Graham. 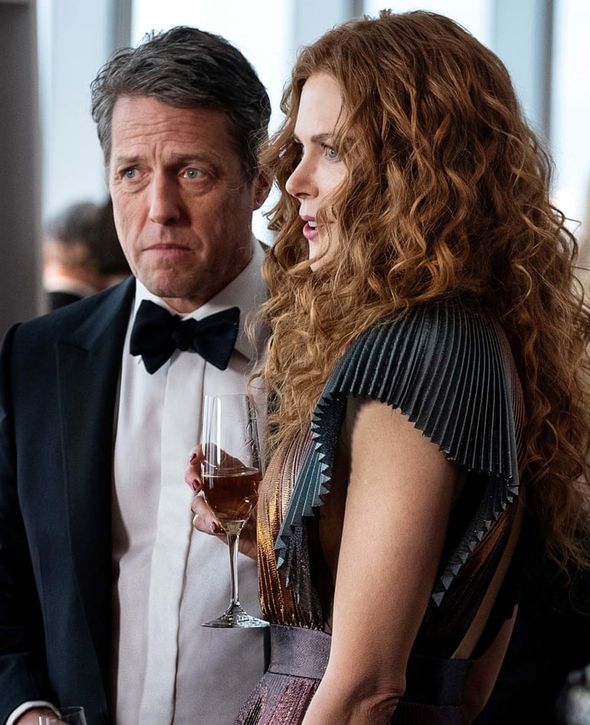 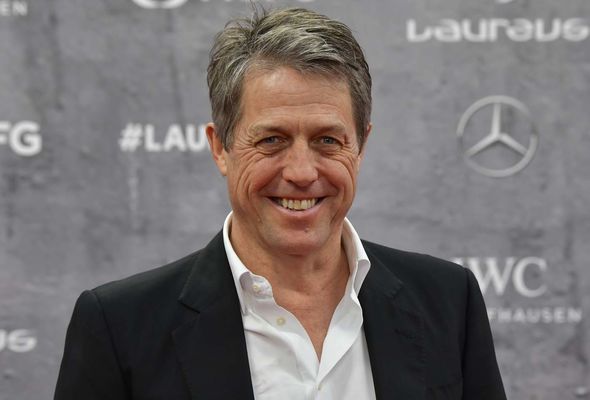 “But I can say I’m not the nice husband of Nicole Kidman that I have pretended to be.”

Hugh also spoke about having Covid-19 and how he was “very brave” about it.

“I got it and I was very brave and manly about it!” he shared.

“I got it right back at the beginning – I actually didn’t know what it was.

“It felt like mild flu and then a rather alarming complete loss of smell, which culminated in me sticking my head in dustbins sniffing, thinking, ‘There must be

something here’ and spraying myself in the face with my wife’s Chanel No.5 but smelt nothing.”

When fellow guest Nigella Lawson asked if the loss of smell stopped him from eating, Hugh said it didn’t because he never liked eating.

“I’ve never been interested in eating is the truth,” he remarked.

“It was a little dull but then I was cooking because it was lockdown and it was never going to be delicious!

“I cooked every single night for four months and it was a baked potato. That was it!”

Hugh’s comments about his kids come after he joked he doesn’t feed them unless they like Paddington 2, in which he starred.

“I set up a special screening for them. That takes a whole cinema, I have hundreds of children,” he explained on Late Night with Seth Meyers.

“I got them in there and they pretty much hated it. They kept whispering to me: ‘Why are you in it so much?’

“I make them like it now. They have to watch it every night and tell me how good I am, otherwise they don’t get fed.”

The Graham Norton Show airs tonight on BBC One at 10.45pm.