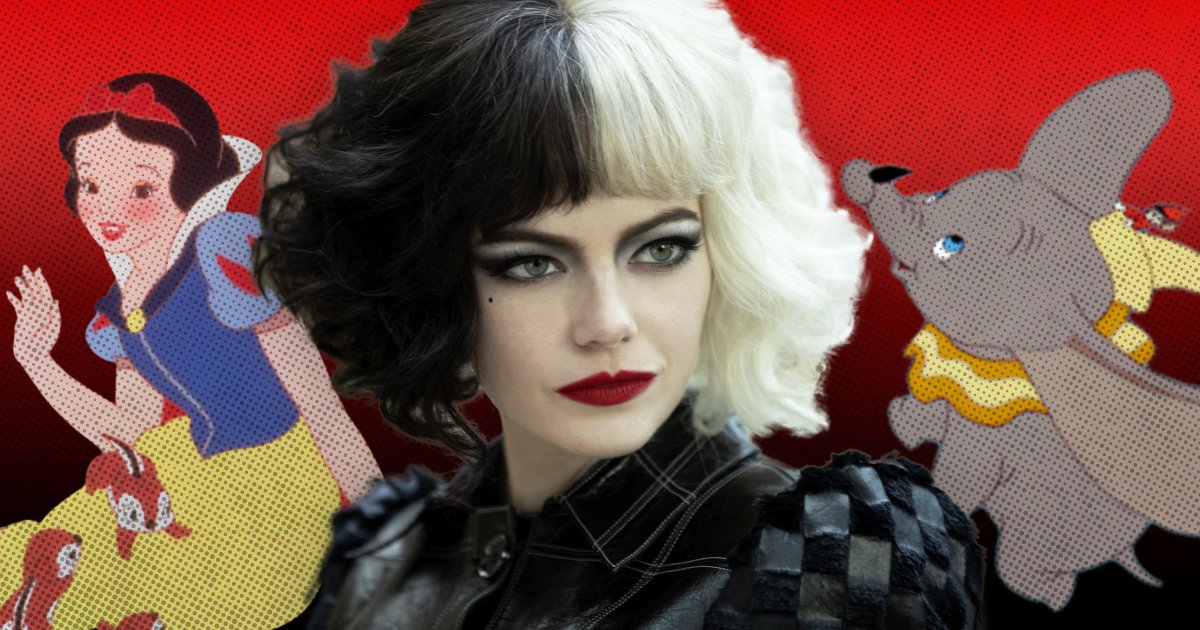 Around three years ago I proclaimed adults who liked Disney needed to grow up. And boy was I slammed for it.

Rather horrific messages came in from middle-aged men in mouse ears posing outside what was meant to be the Happiest Place On Earth. They were not happy.

But I really felt, deep down, that – apparently because my childhood was so devoid of love (according to various Twitter trolls who were keen to tell me) – adults who kept that Disney dream alive and were obsessed with the films more so than the younger audience of which the franchise was designed for did, in fact, need to take a look at themselves and grow the eff up.

I am here to update you all that, perhaps, maybe, potentially, possibly I was a little hasty in passing such a strong judgement on you all.

For all it took was a trailer with some dang spark to ignite a fascination with the franchise I didn’t know existed in me.

Yesterday, Disney dropped the mighty trailer for Cruella on us and butter me up and fry me like it’s Shrove Tuesday because Emma Stone has me fired up.

Now THAT is a Disney movie I can get on board with. Have I seen the original? Doesn’t matter – I’m now sitting at the table and ready to be served.

One of my main arguments against liking Disney over a certain age was that I was just way too cynical for that world (and the world in general, I suppose, looking back). But I feel like Cruella is the queen of cynical. Am I Cruella? Perhaps, but I’ll take it. She’s chic, she’s snappy, she’s sharp and she doesn’t take any BS.

Sure, I’ll spare the dogs, because dogs are better than humans (ah, there’s that classic cynicism once more), but I’d go as far to say that Cruella is my new hero.

My argument on that fine March day in 2018 hinged on the Disney films being targeted to children, so, I quizzed, why on Earth were grown adults getting their pants in a twist over them?

Then Cruella de Vil had a 21st Century makeover and her dress burst into flames and Emma’s gravelly British accent (I care not for any debate on whether it’s ‘good or bad’, that’s tired) did things to me no children’s movie ever could.

Disney has clearly grown up and, thus, has its audience.

So I owe you Disney-loving adults an apology.

The whip and pizazz is clearly something that’s got me excited in a way other movies (targeted to adults) do. It’s a new dawn and I’m feeling good.

‘But Cruella has always been evil and sparky,’ I hear you say, wondering why I’m not gaga over Glenn Close’s 90s interpretation of the villain.

Be that as it may, she was then a character in a film that was very heavily marketed towards the kidlets (which, yes, I was one of in 1996). She was scary, but not too terrifying as to alienate its young audience. So, thus, once I reached adulthood I cared not.

This version, I would hazard a guess, with its early comparison to Joker (a very non-kid friendly character, I’d argue) is something Disney has thrown to the elders and I’m snappin’ it up.

This is a trend I’ve noticed the past year, after Disney started to win me over hardcore when its streaming platform Disney Plus blessed my life with Mandalorian and Baby Yoda.

That character is my fricken Twitter banner, for Mando’s sake. I should have known I was starting to drink the Kool Aid fast when I found myself sobbing at the sight of the cheeky green creature.

I know, I should really grow up, right?

It’s clear this new era of the franchise has got me good; it’s grabbed a hold of my cahoonas and there is now no escape. I think I enjoy Disney.

Would I go back and watch Pocahontas as a 30-year-old? No. But will I enjoy these upcoming offerings and new releases without feeling like I’m a child? Yes.

So, on behalf of myself, I retract (most of) my statement that all those who love Disney have an issue. I had the issue. And all it took was some grit. I knew Walt had it in him.

But those adults who get excited about going to Disneyland (and not on behalf of their kids) should definitely grow up. I stand by that. Come at me.