The TV icon was teased by co-host Dec and the ITV crew as he rang in his 45th birthday in Wales. 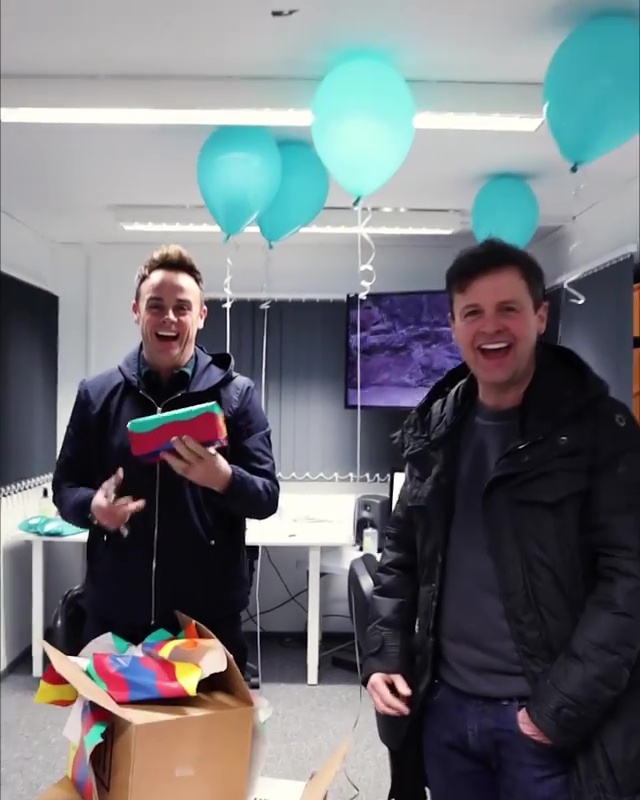 Dec didn't let the occasion pass without a surprising his best pal while he is away from his nearest and dearest.

The Geordie lads shared a clip of Ant arriving on set and being greeted with birthday banners spelling out "Happy Birthday Ant" and two Ant and Dec shaped balloons.

The presenters were filmed arriving backstage ahead of last night's I'm A Celebrity live show.

Ant looked thrilled with the surupise, saying: "That's the way to celebrate your birthday. Thanks Guys." 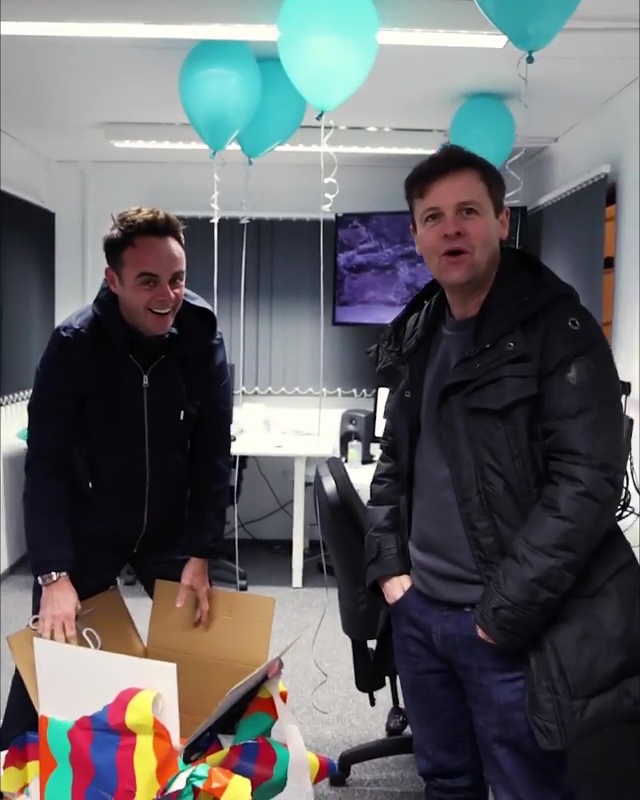 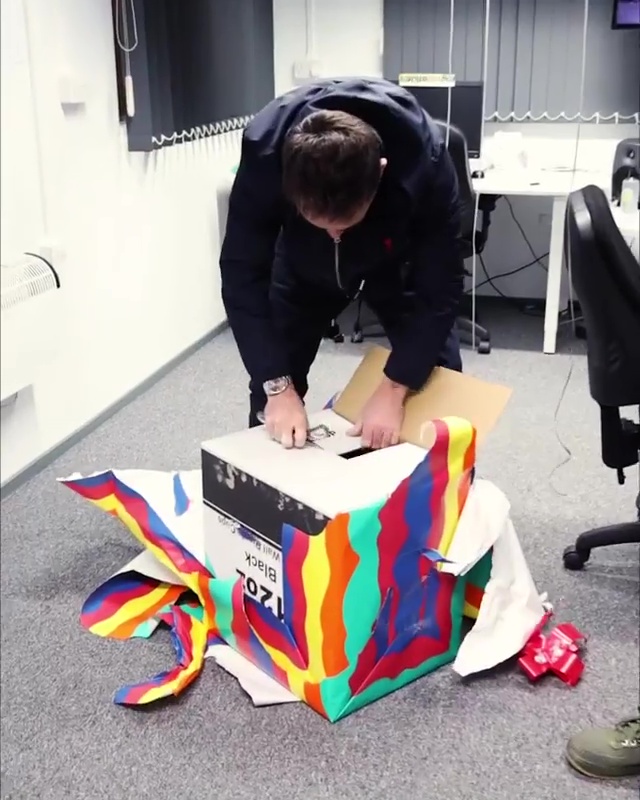 Dec pretended he had nothing to do with the celebrations and that he'd forgotten it was Ant's birthday.

Dec joked: "Is it your birthday? I better go and get a card."

The comedy duo were elated to spot two balloons showing an accurate likeness to the pair.

The presenters held them up to their face and yelled those eight famous words: "I'm A Celebrity… Get Me Out Of Here." 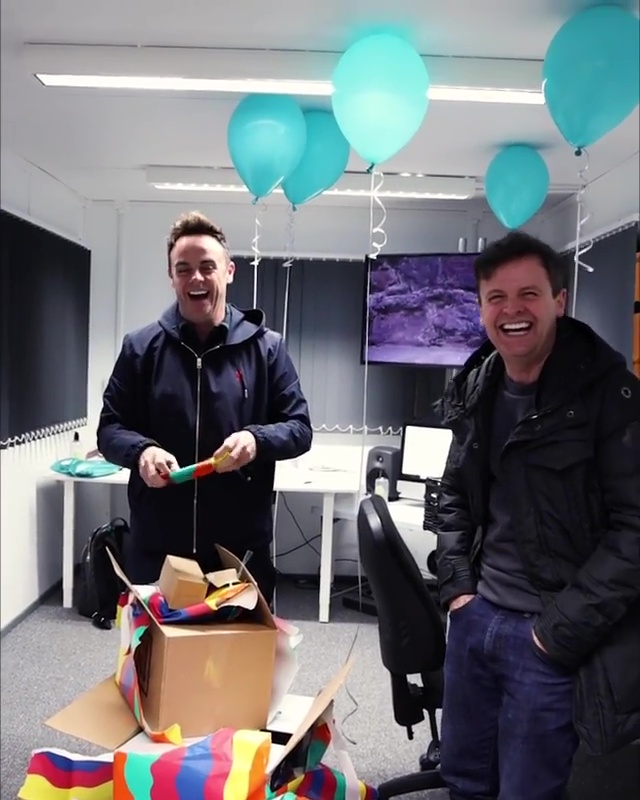 Ant's birthday surprises were not over just there – Dec later gifted his pal a large box beautifully covered in birthday wrapping.

Sharing the clip on Instagram, they wrote: "Happy Birthday Ant! Giving the gift that keeps on giving… and giving, and giving 🎁😂."

Dec carried the box from his on-set caravan to a behind-the-scene office where he presented the gift to his pal.

Ant eagerly unwrapped the first box but when left in hysterics when he found another box inside. 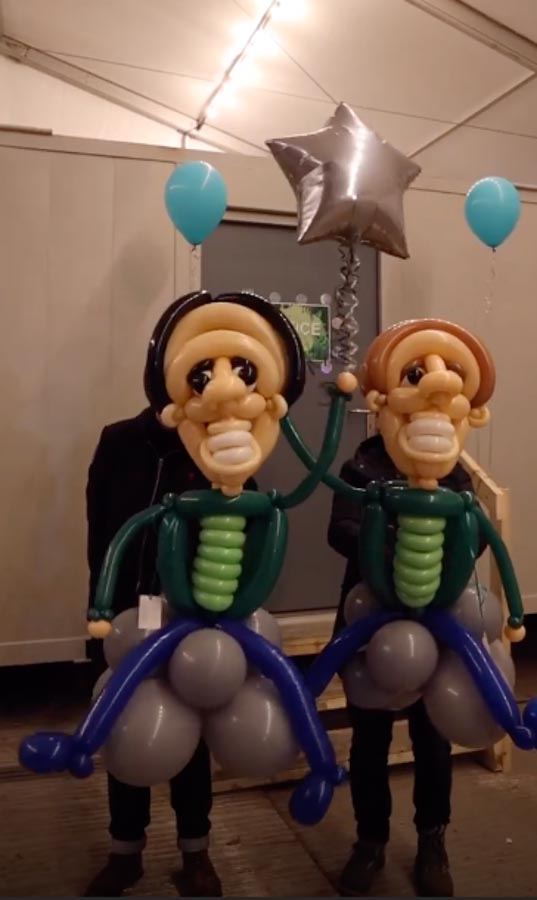 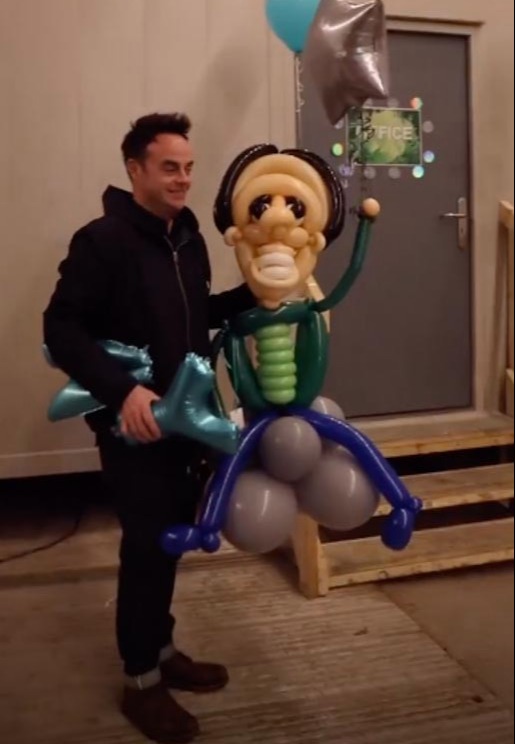 The birthday boy unwrapped the second box but then found a third smaller box inside.

The telly star ripped it open only to find a fourth box – an excited Ant tore open the box to find a fifth smaller parcel.

It was the gift that kept on giving, he tore it open and was delighted with his present which was a pen with a built in clock.

Ant screamed: "YESSSS it's one of those pens, it's my favourite present." 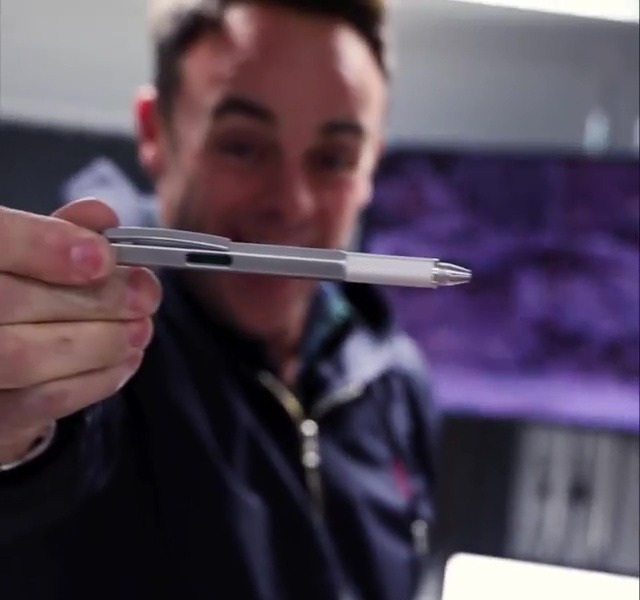 Superfans will recall that last month, the duo had their minds blown by a pen that does everything, as they prepared for the show's launch

The pair are currently residing in Wales while the show takes place, having been in isolation prior to the show in line with COVID regulations.

Ant is no doubt sad that he is away from his girlfriend Anne-Marie Corbett, so Dec pulled out all the stops to impress his friend backstage. 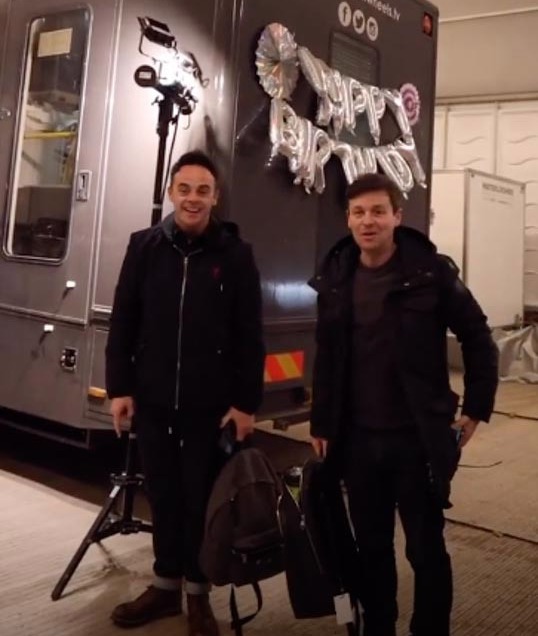 The rest of the campmates met new arrivals Ruthie Henshall and Russell Watson in yesterday's episode.

The pair got a brutal welcome with Ruthie being battered with rotten tomatoes and Russell forced to plunge his face into maggots even resulting in a chipped tooth and a bump on the forehead.

The latest additions were later welcomed to camp by the other campmates as they gave them a tour of their sleeping quarters.

Ant and Dec revealed Jordan would be facing the next trial – Trapped Door in tonight's episode.

Fear The Walking Dead season 6: Will there be another series?

Is Mick Carter going to change his mind about selling the Vic in EastEnders? He and Linda worry about Phil's dodgy cash