DANCING On Ice's Faye Brookes has given an insight into her incredible staycation with her boyfriend Joe Davies.

The former Coronation Street star, 33, who is due to take part in the ITV's skate competition early next year, enjoyed a romantic getaway with her other half in Kent. 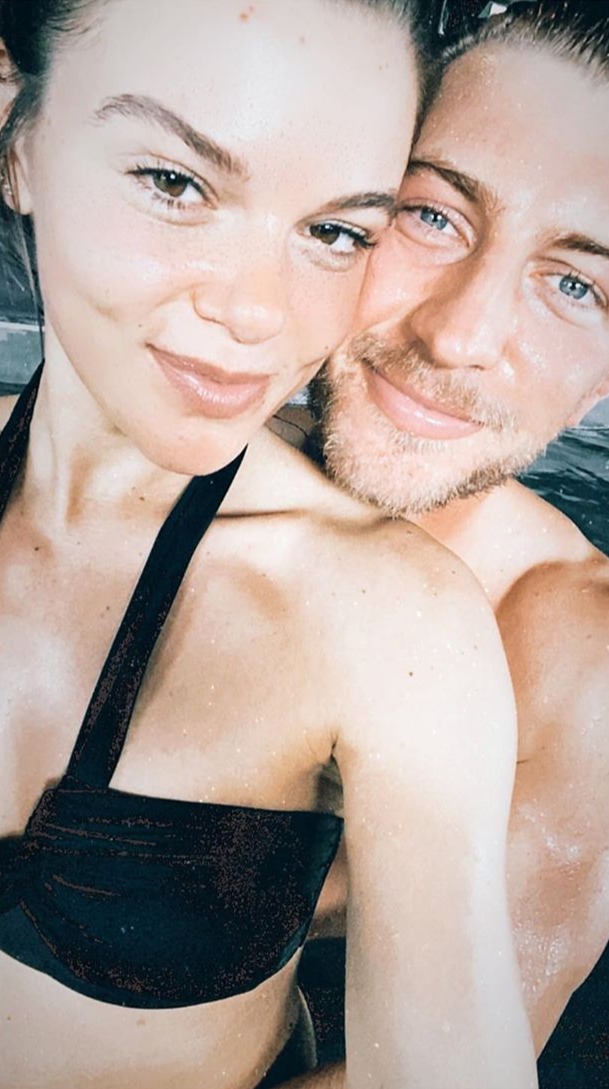 The lovebirds, who have been dating since December last year, travelled over 250 miles down south from their Manchester flat to celebrate the personal trainer's birthday at the luxurious Cave Hotel in Canterbury.

Faye and Joe spent two nights in their penthouse, which can cost up to a staggering £1337 a night.

They were given the best treatment during their stay as their suite included a super king size bed, their own cinema screen, private balcony, a rainfall shower and hydrotherapy pool.

The former Kate Connor actress took to Instagram to show off their incredible weekend with a selection of snaps alongside a lengthy caption describing their stay. 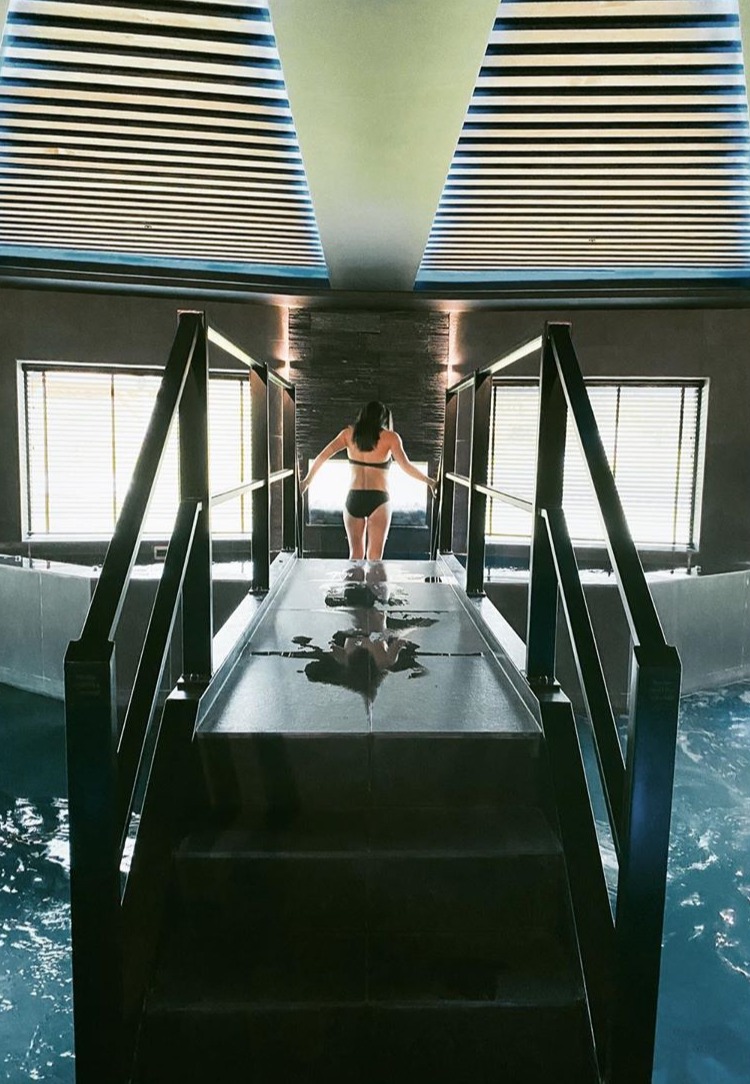 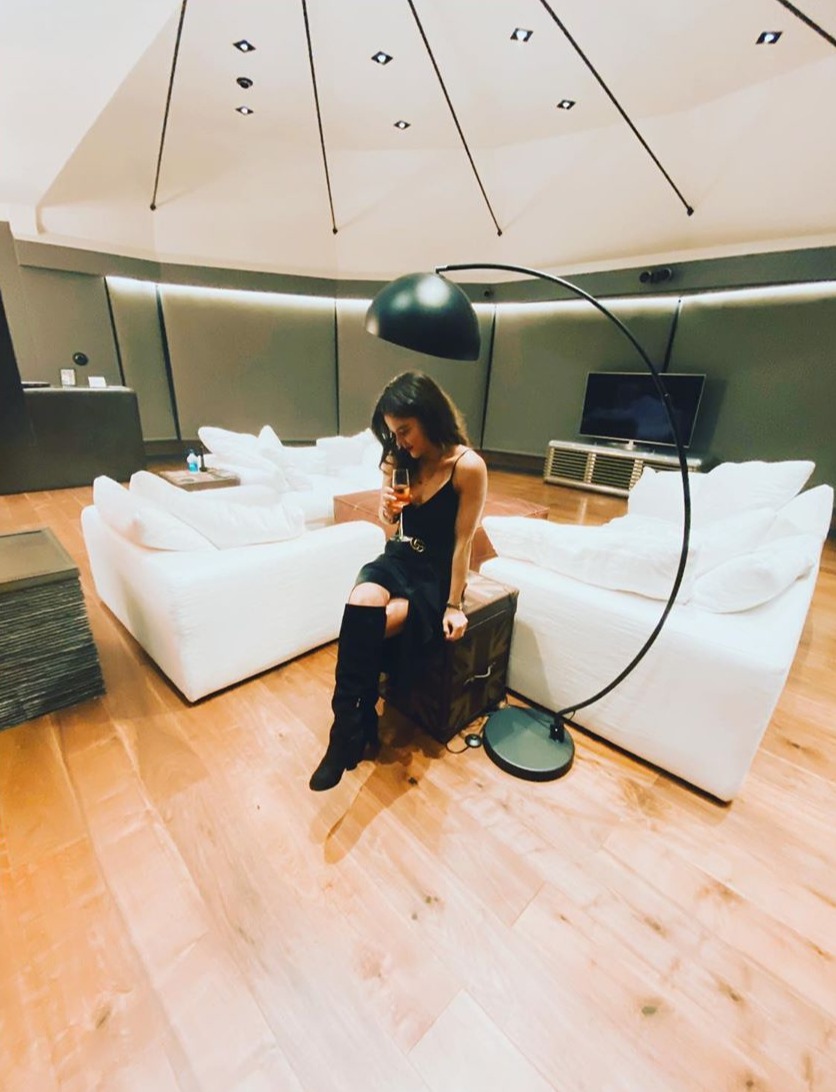 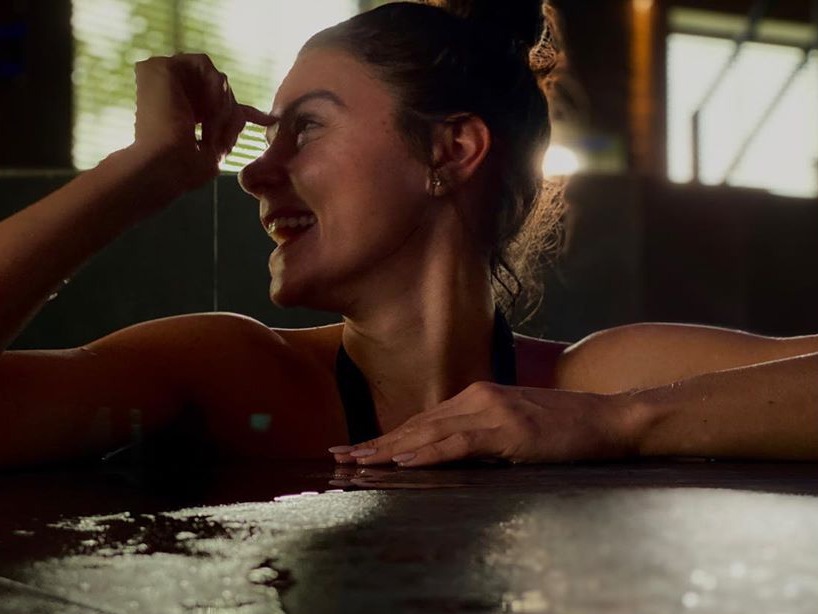 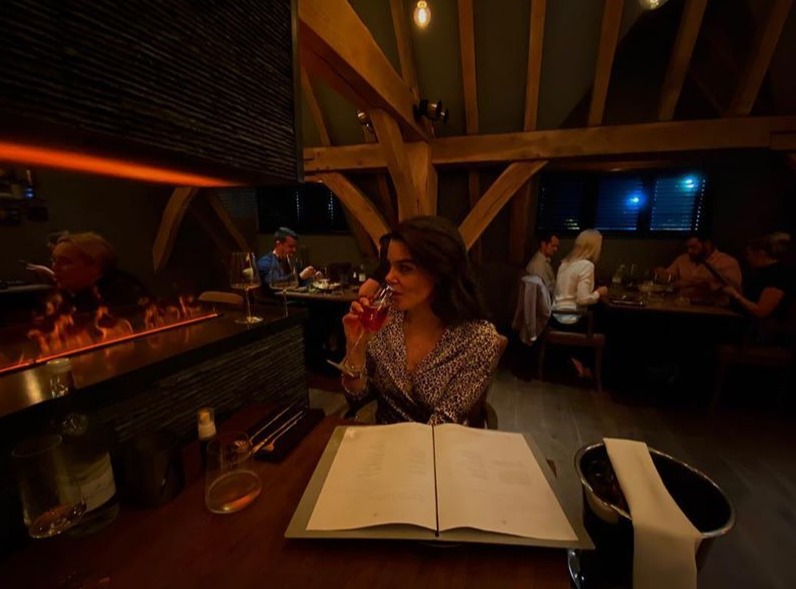 She captioned the post: "'In order to write about life first you must live it' – ⁣Ernest Hemingway ⁣

"I’ve made even more unforgettable memories with @iamjustjoe celebrating his Birthday in style at the Beautiful & Stunning @cavecanterbury.

"We both couldn’t be more grateful for them making our weekend that little bit extra special.⁣" 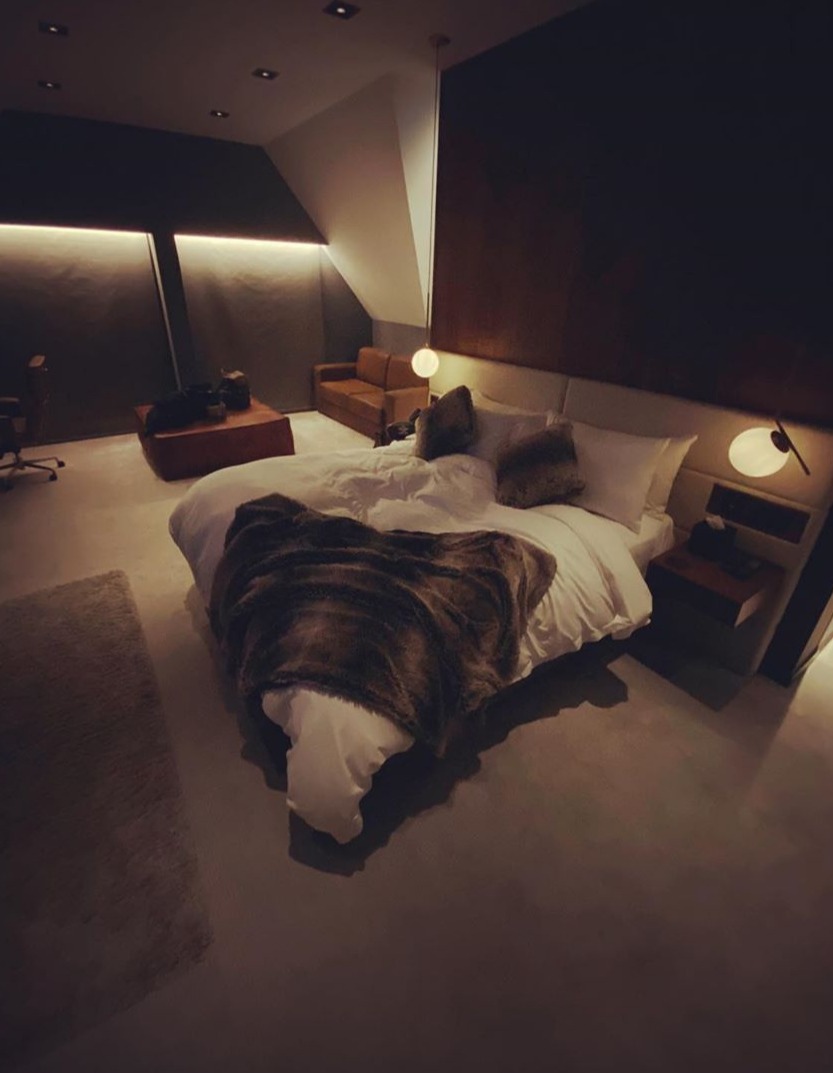 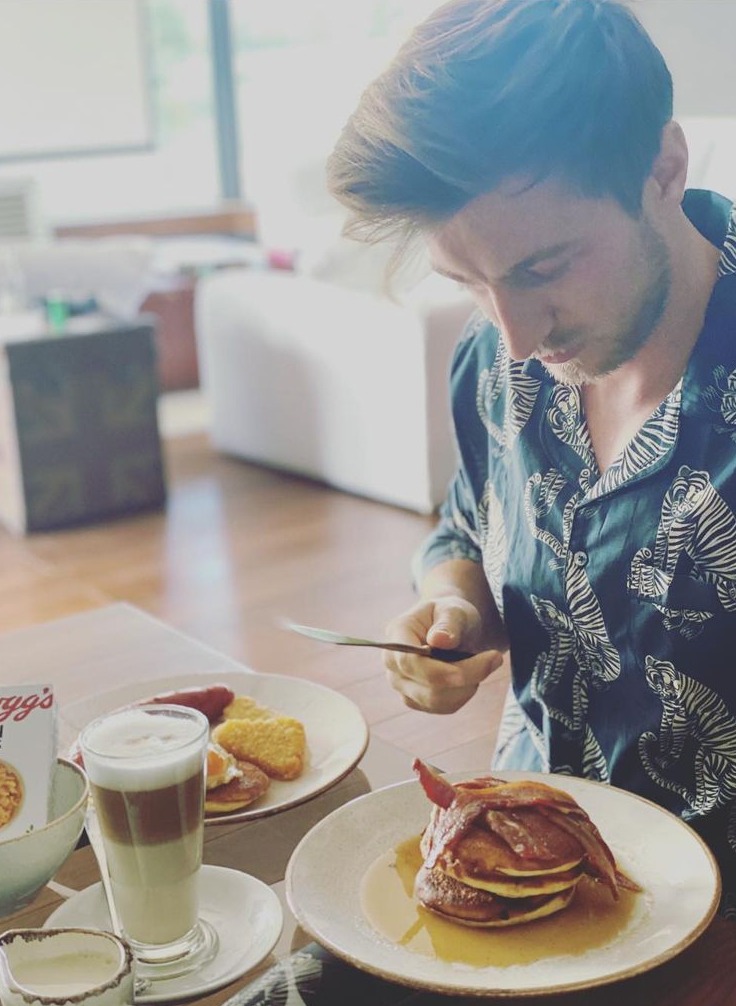 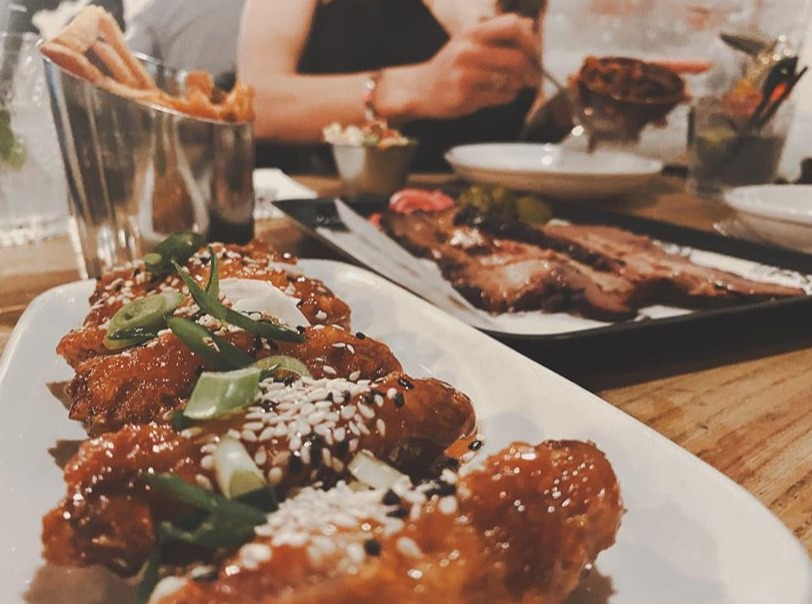 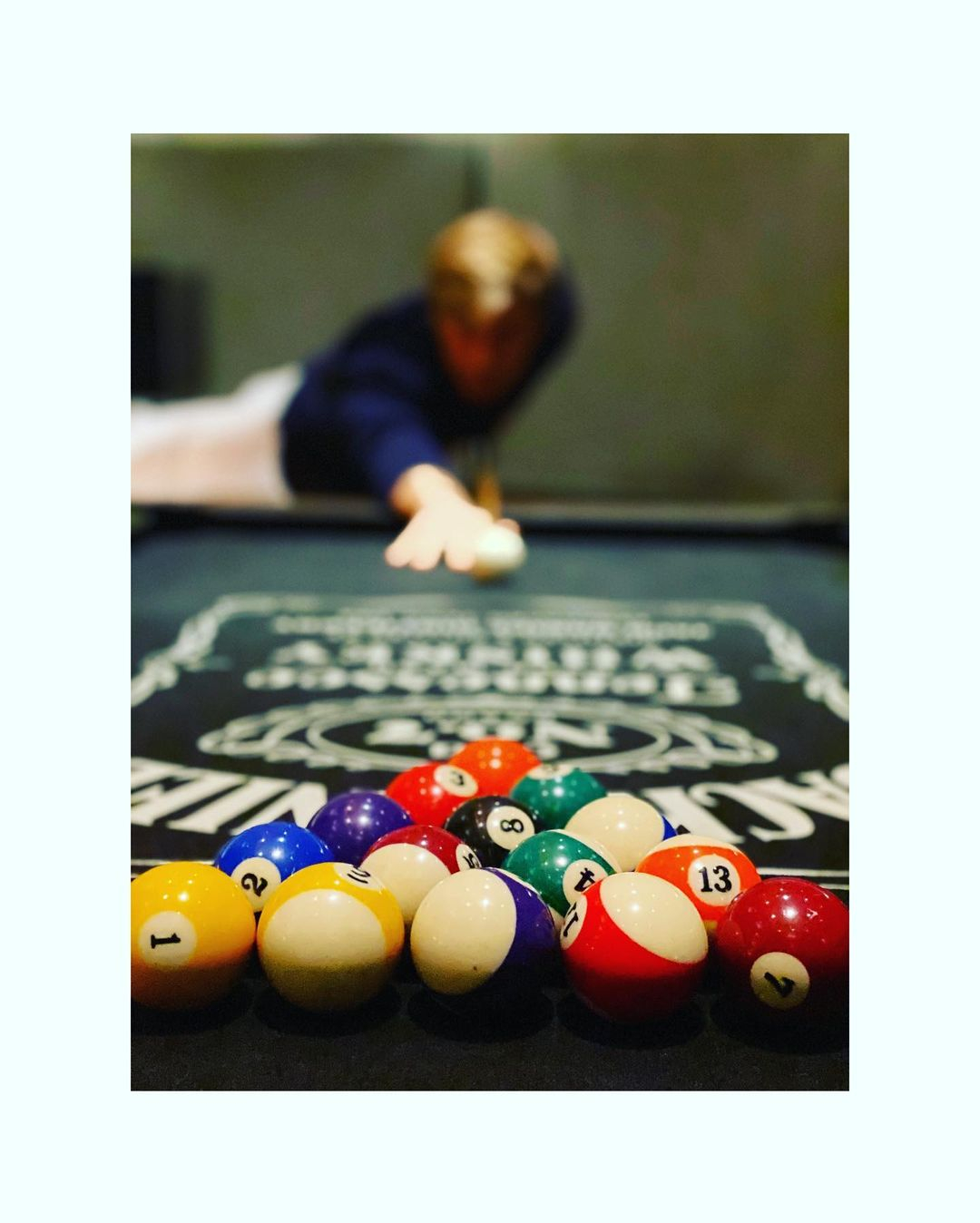 She continued: "We spent two nights in their luxurious Penthouse. The staff were nothing but awesome & it really did make our trip to be surrounded by amazing hospitality. ⁣

"Friday night was Dinner for two at their signature restaurant @firepitatcave which was everything & more! ⁣

"They surpassed every expectation. ⁣Their food was an experience in itself & an unforgettable one at that! ⁣

"We really got to enjoy our Suite over the few days that we were there with our own kitchen & breakfast bar, a rainfall shower, his & hers sinks, plus the deepest tub I’ve ever seen & a full on pool table just to test who’s actually the cool one in the relationship. 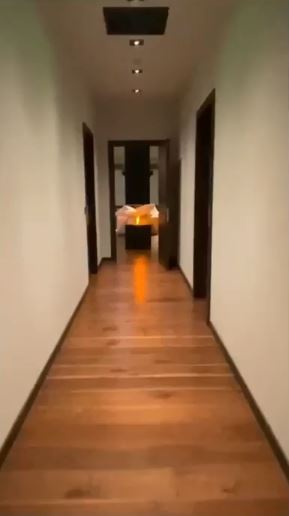 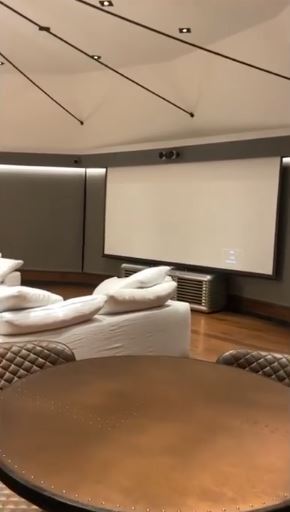 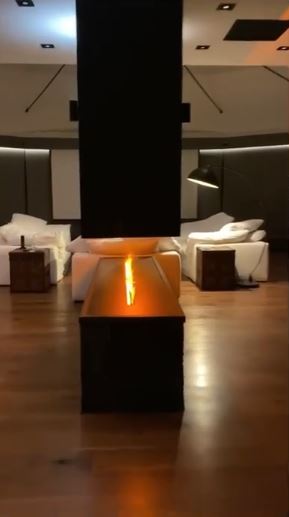 "And just when you think it couldn’t get any better, the built-in surround sound with their epic smart screen projector gave us that real ‘Home Cinema’ vibe.⁣

"The Spa was the cherry on top of the cake. Joe & I obviously wanted to get the most out of our little getaway.

"So of course we hit the gym first thing in the morning knowing that we had the rest of the day to use their steam/sauna/jacuzzi facilities and completely & utterly relax.⁣

"A super cool addition to our trip was having the opportunity to experience their other restaurant right in the heart of Canterbury @thekoreancowgirl a cool hidden gem with authentic American cuisine. 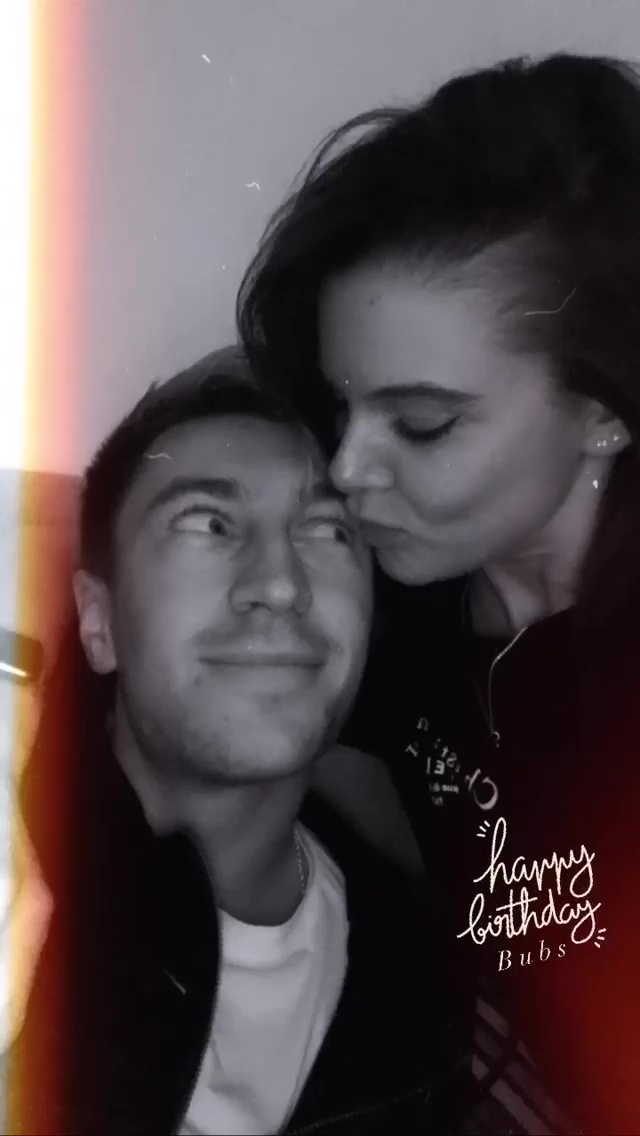 "Oh & we had it all; Brisket, wings, fries & just to appease the sweet-tooth a salted caramel milkshake to finish. ⁣

"Sorry for the spam of endless snaps but we had to capture this dream of a place ⁣& Thanks to the Birthday Boys photography skills I hope we did just that!!!⁣"

Faye and Joe were first pictured together late last year, four months after her split from fiancé Gareth Gates, despite previously denying that anything was going on between them.

Gareth confronted Faye about what was going with the PT when she began having late-night gym sessions with him. 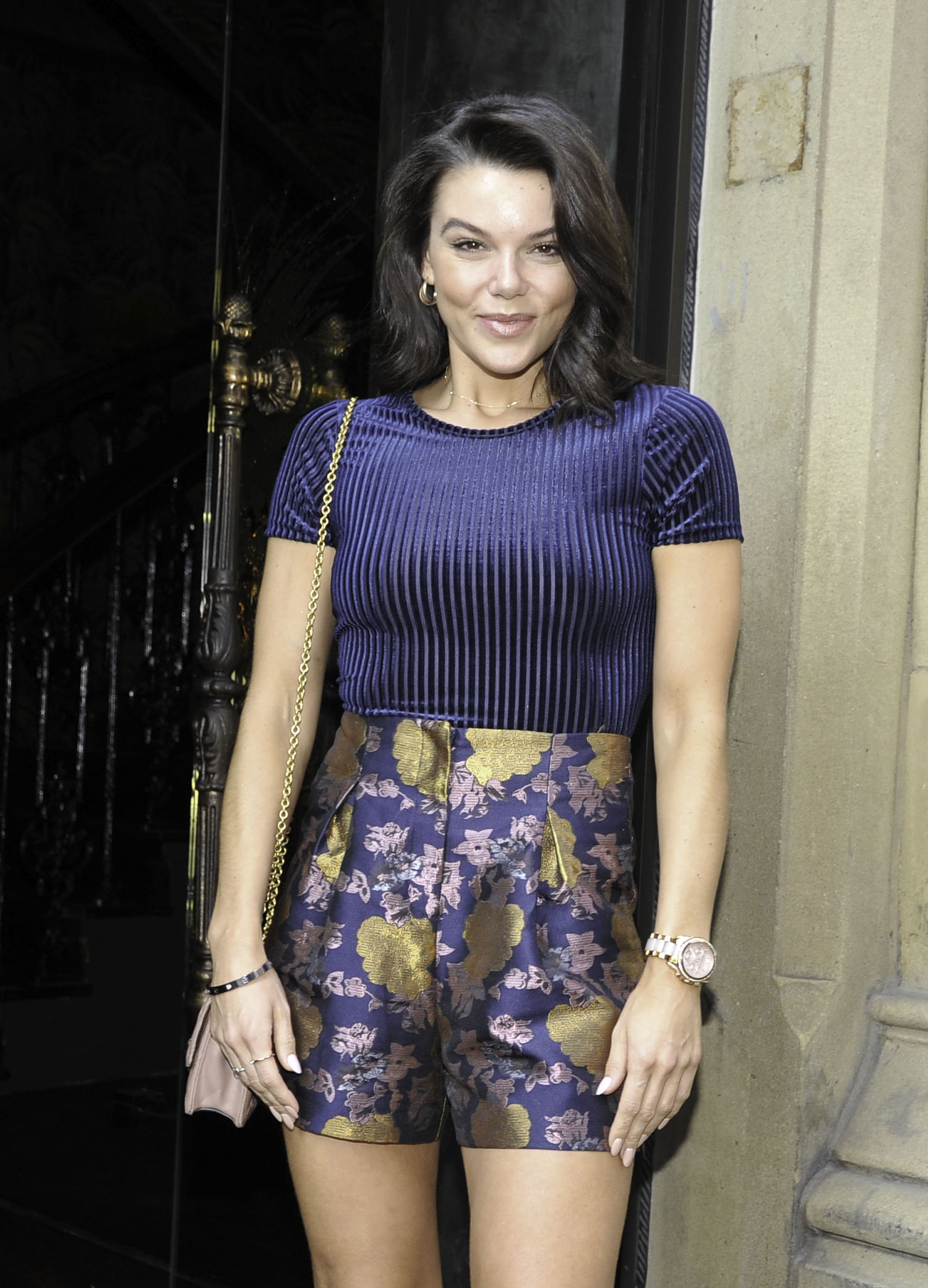 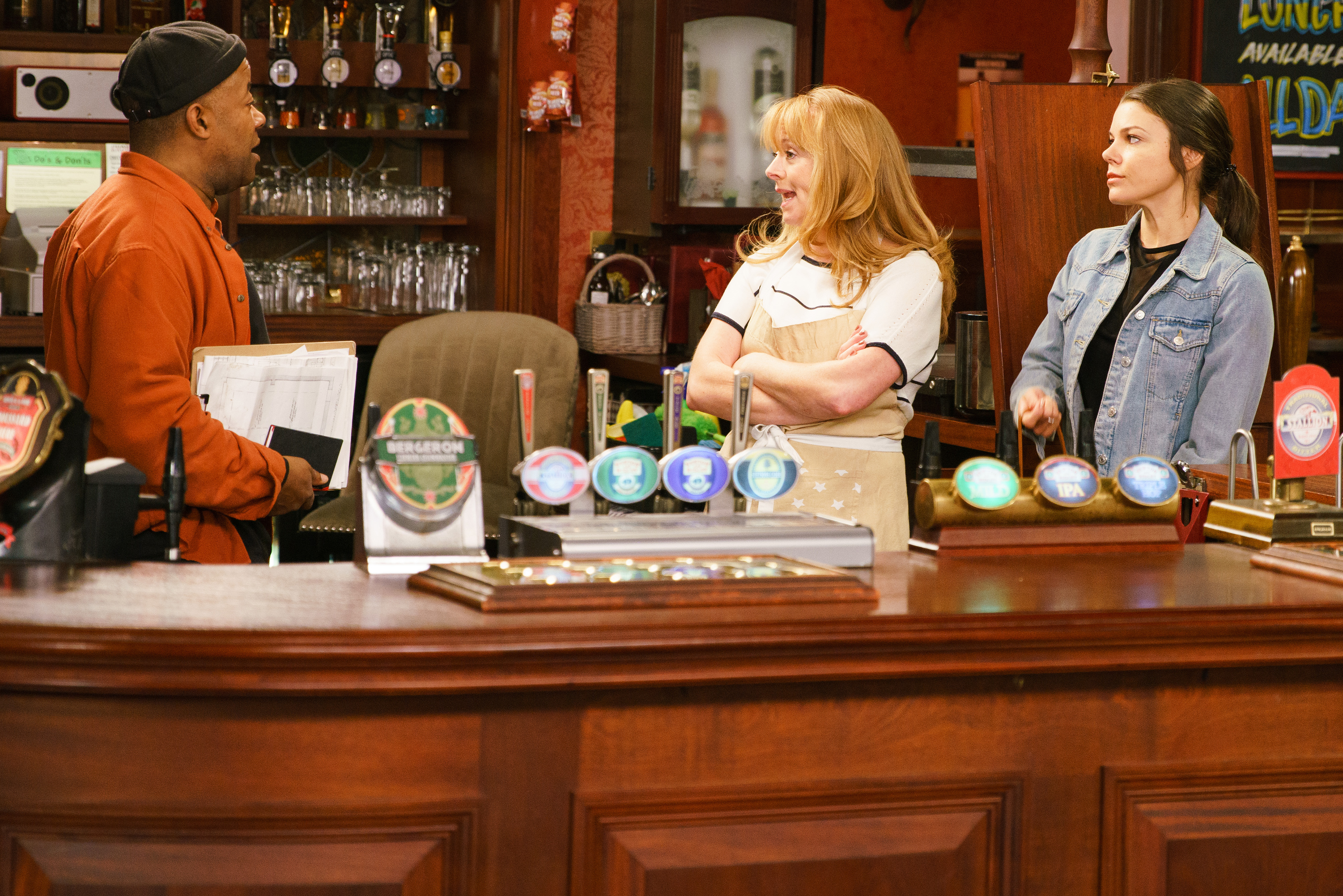 This ended Faye and Gareth's seven year relationship as they finally called it quits in August 2019, despite planning to tie the knot.

Faye and Joe's romantic staycation comes weeks after the former Corrie star was confirmed as the fourth Dancing On Ice celebrity.

The Sun exclusively revealed that Faye was taking part in the show back in September, but during a segment on Lorraine Kelly, the star explained she was excited to get stuck in after quitting the role of Kate Connor in the soap.

"Finally the news is out. I'm so excited," she said. 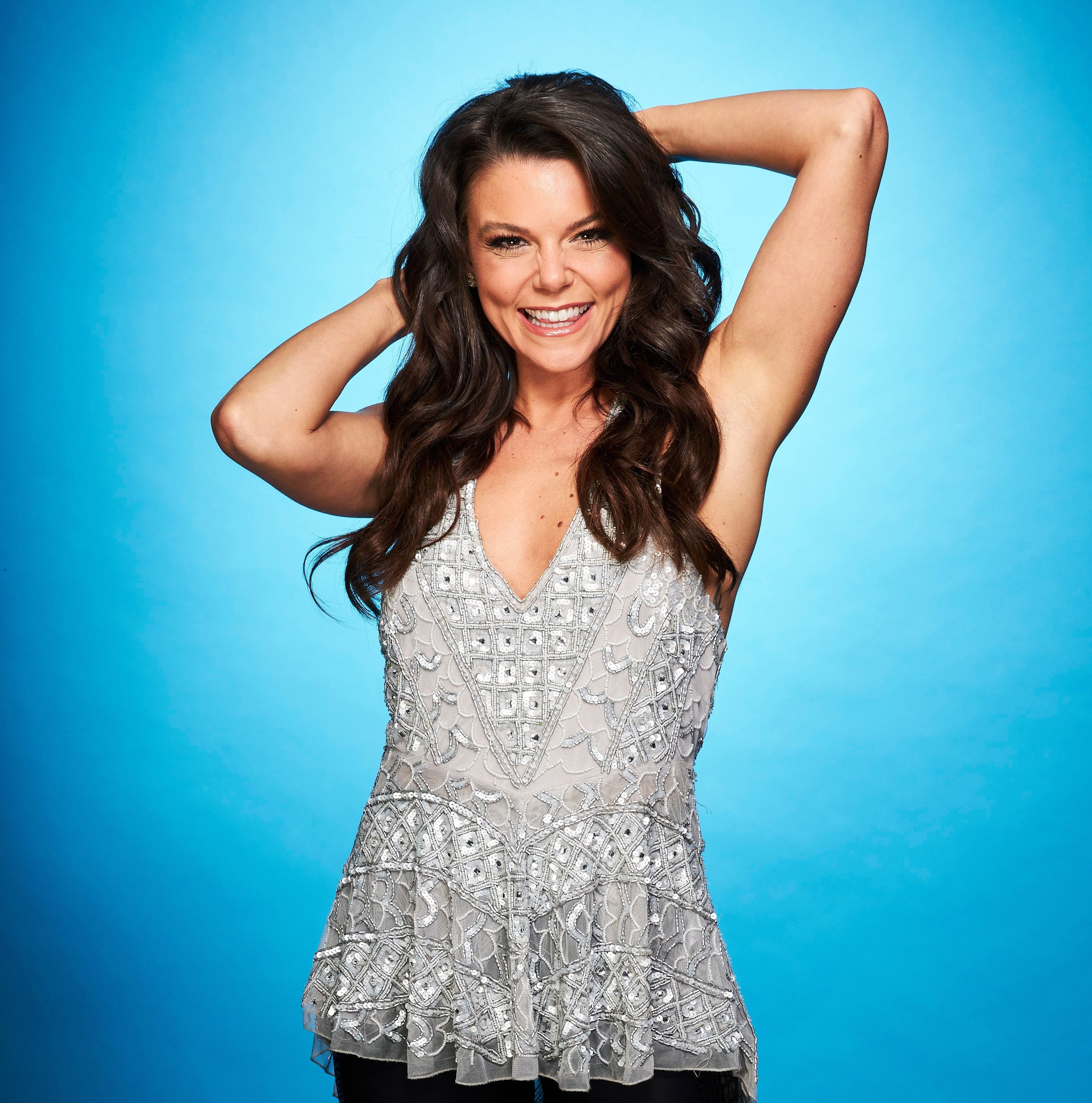 "I had to meet with the team they had to see me on the ice and a few of the basics were filmed.

"This is the first time people are going to see me not being a character, not hiding behind anything, just Faye."

Since then the full line-up has been confirmed and Faye is up against a range of our favourite celebrities.

'Captain Marvel' TV Spot: Don't Tell Her What She Can't Do