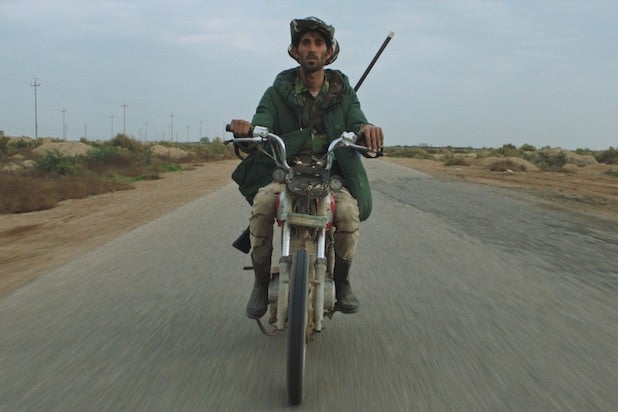 A year after “Honeyland” became the first film ever nominated for Oscars in both the Best Documentary Feature and Best International Feature categories, Italy has become the seventh country to submit a nonfiction film to this year’s international race.

The country’s submission committee chose Gianfranco Rosi’s “Notturno,” an acclaimed doc from the filmmaker whose “Fire at Sea” was Italy’s Oscar entry five years ago. That film ended up being nominated in the documentary category but did not even make the shortlist in the category that was then called Best Foreign Language Film.

“Notturno” was chosen from 25 films under consideration by the Associazione Nazionale Industrie Cinematografiche Audiovisive e Multimediali (ANICA), which is authorized by the Academy to choose Italy’s entry each year. The highest-profile film on that list was “The Life Ahead,” directed by Edoardo Ponti and featuring the first screen performance in a decade from Ponti’s mother, legendary actress Sophia Loren.

“Notturno” documents refugees from conflicts across the Middle East, with footage shot over the course of three years along the borders of Iraq, Kurdistan, Syria and Lebanon. In a review after its Venice Film Festival premiere, TheWrap called the film “simultaneously devastating and lyrical.”

The other documentaries it now joins in the Oscar race are Brazil’s “Babenco: Tell Me When I Die,” Chile’s “The Mole Agent,” Kenya’s “The Letter,” Luxembourg’s “River Tales,” Romania’s “Collective” and Venezuela’s “Once Upon a Time in Venezuela.” Additional films have yet to be announced, with the Academy not expected to reveal the full list of qualifying entries until January.

The seven announced docs are one more than last year’s total of six, which included the entries from Belarus, Iran, Ireland, Lithuania and Malaysia, as well as “Honeyland” from North Macedonia.

In 2018, nine documentaries qualified in the category.

The success of “Honeyland” notwithstanding, nonfiction nominees in the international category are extremely rare. Only three have ever been nominated, but all have been in the past 12 years: the animated doc “Waltz With Bashir” in 2008, the Cambodian film “The Missing Picture” (part clay figurines, part historical footage) in 2013 and “Honeyland” last year.

TheWrap has compiled a full list of the films submitted by their countries to this year’s Oscar race for Best International Feature Film. The list is here and will be updated as additional countries announce their submissions.

'Tiger King': Joe Exotic Went to Jail for More Than One Crime