The London-born star flew into Heathrow yesterday amid mounting speculation that he is to be the new James Bond following Daniel Craig’s departure from the franchise. It all started with an announcement on Bridgerton’s Instagram account that the show had to “bid adieu to Regé-Jean Page”, adding that: “We’ll miss Simon’s presence on screen, but he will always be a part of the Bridgerton family.” Then the actor confirmed he was leaving by tweeting that it had been a “pleasure and a privilege” and “an honour to be a member of the family – on and off screen”.

We should have seen it coming, of course. Julia Quinn’s eight historical novels, on which the show is based, each focuses on a different Bridgerton sibling’s search for true love.

The first Netflix series was all about the Duke’s stormy relationship with eldest daughter Daphne Bridgerton, played by Phoebe Dynevor.

Having settled down to married life, the couple were set to step back from centre stage. And since the buzz created by his performance, Regé-Jean no longer needs to accept supporting roles.

Besides, as he told me before leaving for London, he had always known that the role of Simon was one with a defined end.

“We were working with best-selling books,” he says. “So the characters already existed and were fully formed in millions of people’s minds.

“It was a lot like playing for a big football team, or stepping out on to the stage with a play that is very well-established, so the characters have begun to exist before you take on the work of portraying them. 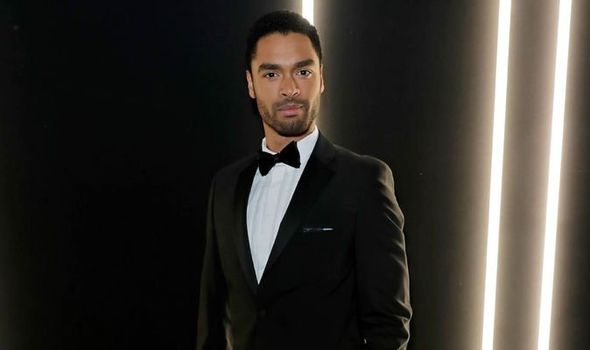 “The way I saw it, my job was mostly getting out of Simon’s way as opposed to having to build him up.”

Now Simon IS out of his way, Regé-Jean has been working in America, filming another Netflix project, The Gray Man, a spy thriller also starring Ryan Gosling and Chris Evans. It has been called the streaming service’s most ambitious film with a £200million budget.

After that, he will play the leading man in the film adaption of fantasy game Dungeons and Dragons.

But 007 remains the role fans are most keen to see him take on. His return to Britain comes after bookmakers Coral revealed he is now hot favourite to play the iconic spy role next. But when we spoke over Zoom, Regé-Jean was not giving much away on the Bond front.

“Ah, the B-word,” he smiles, enigmatically. “I think that if you are British and you do anything of note, that other people take notice of, then people will start talking about that.

“I think that’s fairly normal and I’m flattered to be in the category of Brits that people have noticed. Nothing more – or less – than that.” 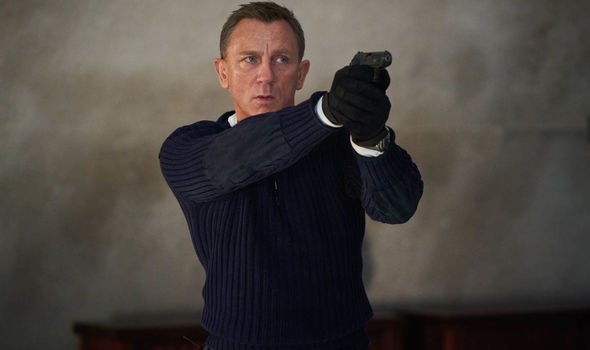 A Londoner who spent much of his childhood in his mother’s native Zimbabwe, he appeared to slip effortlessly into the role of a British aristocrat, so the confident poise of Eton-educated 007 shouldn’t give him too much trouble.

In fact, he says, the preparations for Bridgerton were gruelling, a sort of upperclass Regency boot camp.

“The production were very, very thorough about it,” he tells me. “Day one, we had this whole, great big cast come together and do physical language exercises: how to bow and curtsey to different people, depending on their status, from the Queen right down to the serving staff.

“We were taught by the wardrobe people about how the characters expressed themselves with their wardrobe, instead of just having the clothes on as a meaningless adornment.

“We had endless, endless dancing lessons – which is a wonderful way to get to know someone, and where Phoebe and I did a fair bit of tripping over each other’s feet and, literally, catching each other as we fell – and spent hours and hours dancing, horse-riding, and, for me, boxing – I was up at 5am every day running down to the gym, and having a horrible man yell at me!” 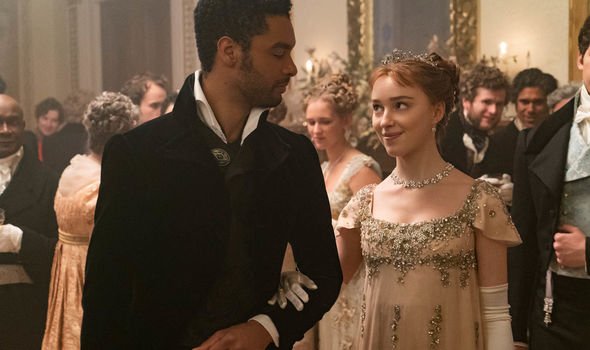 The hard work paid off – no sooner had Bridgerton hit the screen than it was a hit, with 82 million households globally binge-watching all eight episodes in the month after its Christmas Day release.

It also made Regé-Jean an overnight sex symbol – which the intensely private 31-year-old  – finds rather disconcerting.

“I’m never desperate to be a socialite,” he says carefully. He is rumoured to be in a relationship with London-based writer and football player Emily Brown, but politely if firmly refuses to discuss his love life today. “I try to do no harm, get on with people as well as possible, but I’m a bit of a homebody, and I tend to be relatively quiet in my private life.

“I think I can be a bit of a racehorse, to be honest.

“I do enjoy my work and I like to turn up for it and put my blinders on and just run towards where I need to be without thinking about anything else – I’m very focused and almost track-people one-track-minded in that sense.

“Sometimes people ask me what my hobbies are, and the answer is that acting is my hobby. It always had been – it’s just that I’ve ended up making my living off it.”

He does not come from acting stock. The son of a Zimbabwean-born nurse and an English preacher father, he was sent as an over-energetic youngster to a Saturday acting school in London, which led him to the National Youth Theatre, which led him to his career.

He paid his dues in shows like Waterloo Road, and was first seriously noticed playing Chicken George, the handsome and theatrical slave owner’s son, in the 2016 US television mini-series Roots.

Five years ago, he bought an apartment in Los Angeles – “just kind of on general work business” he shrugs now – and has since split his time between the two bases.

“Home is a kind of movable concept for me at this point,” he says.

“I have family in England and I also have a lot of ‘chosen family’ in LA. I like both places more or less equally. Not to be a particularly boring Brit about it, but I do miss the British weather when I’m here. 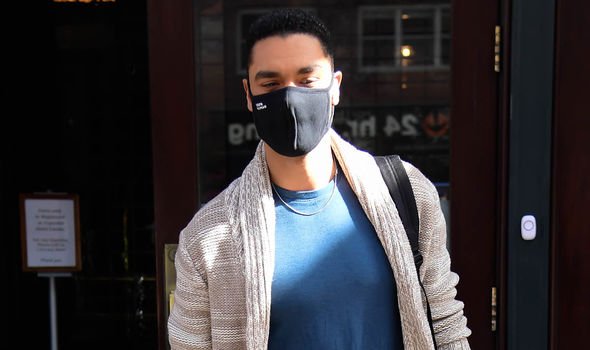 “I think it’s nice to have seasons, and there are times when I realise I haven’t seen a leaf hit the floor for a while, which I do crave. I also really miss a grey day, from time to time. On the other hand, when I’m back in London I miss the sun!”

When not filming he spends his time reading, checking into the Bridgerton WhatsApp group, and trying to learn the guitar he borrowed from his brother.

“I did a lot of music as a kid,” he says. “I love to pass music back and forth with my brother as a kind of sanity-keeping measure in my spare time – the internet’s a wonderful thing and I’ll send him a piece of something I’ve played, and then he’ll record some guitar around me and send it back and so we’ll go on. It’s sort of musical Lego.”

Any further plans? He thinks for a moment. “Quite honestly,” he says, “I think the concept of having plans in this moment in history is mildly hilarious.

“So I’ve given up on making them.” It doesn’t seem to be doing him much harm.

'One Tree Hill': Dan Scott Was So Hated a Fan Hit the Actor With Her Purse