Sean Connery speaks in 1983 about taking the James Bond role

Last week saw the conclusion of Marvel Studios’ WandaVision on Disney+. While fans only have to wait until next week for The Falcon and The Winter Soldier, today saw documentary Assembled: The Making of WandaVision drop on the streaming service. During the behind-the-scenes interviews, it was revealed that Sir Sean Connery’s James Bond movies had an influence on WandaVision’s 1960s sitcom setting.

Oscar-winning songwriting couple Kristen Anderson-Lopez and Robert Lopez, who co-wrote Frozen’s songs, were tasked with composing the WandaVision jingle and all six sitcom era opening themes from the 1950s to the present day.

The duo said how they wanted to sign up for the ambitious project straight away and began planning how to get the right sound for each decade.

The pair would have a half an hour call with the showrunners for each sitcom era but doubled up for the Fifties and Sixties. 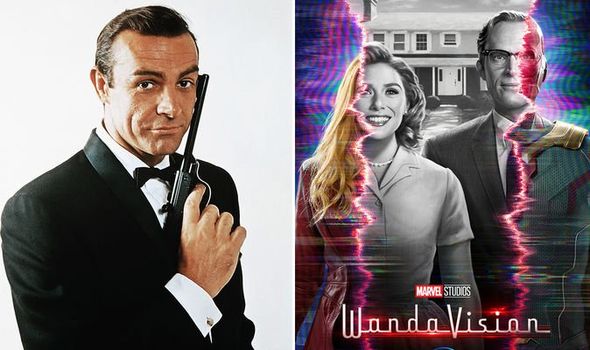 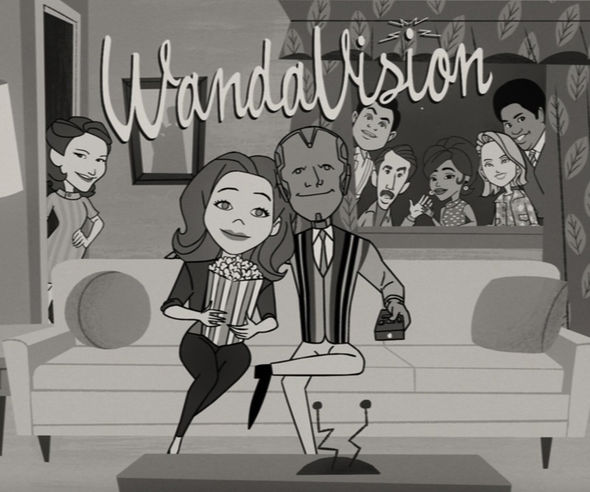 The songwriters would talk about their favourites from each period and what they were really drawn to, which became the things that they then tried to emulate the most.

Kristen and Robert said they felt confident with the Fifties but had to really think about the Sixties.

They said: “All agreed that Bewitched, in particular, was a thing, but we also looked at the James Bond movies, we looked at Burt Bacharach.

“Whatever was going on with the pop culture of that time making sure to reference the bebop jazz and Swinging Sixties culture.”

No doubt they had a good look at the background music in Connery’s first five Bond movies from Dr No to You Only Live Twice. 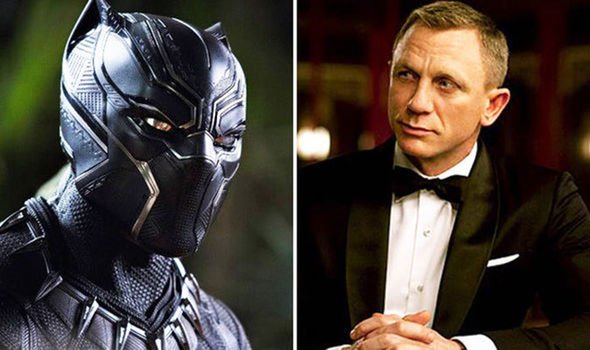 The Falcon and The Winter Soldier: Disney+ release first trailer

Interestingly, this isn’t the first time James Bond has had an influence on Marvel, with Black Panther’s director Ryan Coogler saying how the Chadwick Boseman blockbuster was the franchise’s 007.

Speaking with Total Film, the director said: “When I first started talking to Marvel, one thing they were interested in was for Panther to be their version of James Bond, which I thought was incredibly interesting and exciting.

“It was a really outside-of-the-box way to look at T’Challa. There are some Bond films that I really, really like, and it gave me the opportunity to go watch some other ones.”

You certainly get that Bond feel from Black Panther during the casino scene and when T’Challa is given the latest gadgets by his Q-like sister Shuri.

According to Screen Rant, he said: “This is going to sound crazy, but we’ve always thought of Black Panther as a James Bond kind of movie, right? Sort of this big globetrotting epic.”

But when talking with Coogler, one of the ideas he also liked was this sort of Godfather-kind of story.

Moore added: “When I say Godfather, it’s the idea that it’s very much a story about family and a story about an organisation where new leadership is taking place.”

Moore continued: “And much like the Godfather, you have to fight for things, right? And they’re all vying for power and in this case, it’s power over Wakanda. I think Killmonger sees Wakanda as something that could be used differently than it currently is in the Marvel Cinematic Universe and that puts him directly at odds with T’Challa.”

“You get to go around the world a little bit. We thought that was important. Again, sort of in our James Bond comparison we wanted it to feel like it did have some scope and wasn’t just a movie that was set in Wakanda.

“Not that Wakanda isn’t fascinating and not that we couldn’t explore that forever, but it did want to feel like a movie that had ramifications beyond the borders. So you do get to be outside of the country as well as explore the country.”

WandaVision is streaming now on Disney+, while Black Panther 2 is set for a summer 2022 release.

Who Is Jake Gyllenhaal Dating?