Grand Tour: James May discusses 'A Massive Hunt’ on GMB

Even The Grand Tour’s most dedicated fans were aghast when James May, Jeremy Clarkson and Richard Hammond dug up a Madagascan village’s only football pitch in Amazon Prime’s new special. Thankfully, May insisted there’s no cause for alarm as the field was quickly filled in.

The Grand Tour’s James May has confirmed the football pitch he helped dig up in Madagascar is still intact and looking better than ever.

In the new special, A Massive Hunt, May and his co-hosts Jeremy Clarkson and Richard Hammond are sent in search of buried treasure by producer Andy Wilman.

Unfortunately for them, their swashbuckling quest involved some arduous code-cracking, map-reading and some of the worst driving conditions in the world.

However, before the ordeal fully got started, May and Hammond vent their frustrations and decide to destroy a group of children’s only football pitch in a small town in Madagascar, Saranambe. 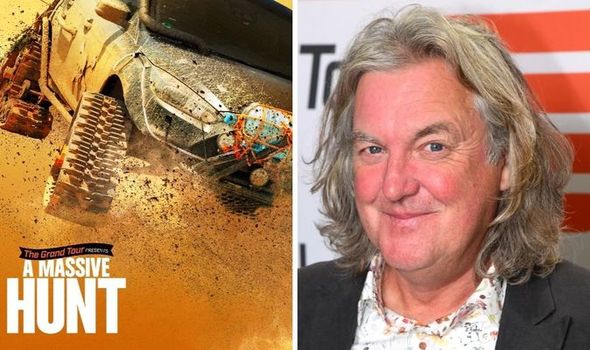 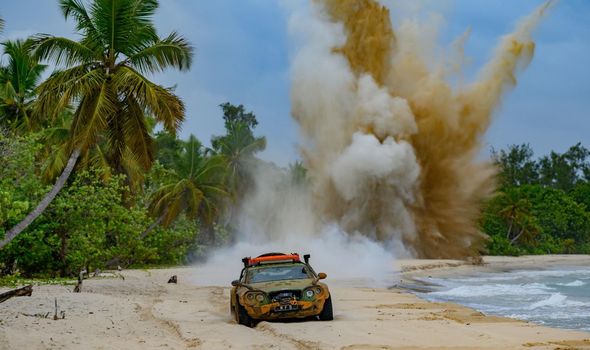 Their reckless behaviour has naturally caught some flack from viewers, many of whom were appalled to see the three presenters opening a chasm in the middle of a poor community.

Thankfully, James May insisted the Grand Tour’s team made sure to refill the hole as part of the conditions agreed with Saranambe for shooting the special in the area.

He told Express.co.uk: “Not me personally but we did have it repaired. The football pitch actually needed mending, because it wasn’t level in the middle.” 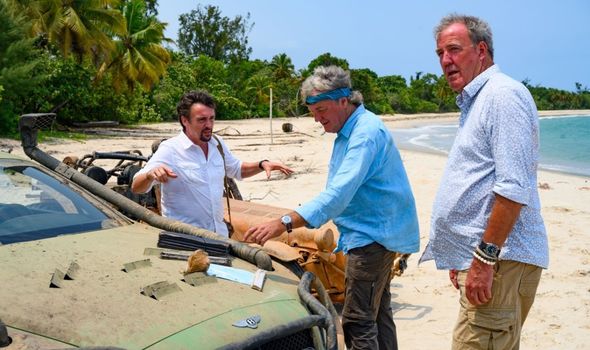 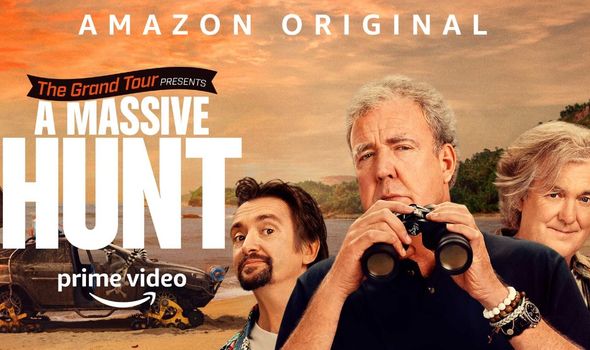 May and Hammond’s careless digging was the first of several offences, which included blocking roads, blowing up a beach and potentially ruining a wedding.

The host continued, and clarified they took necessary measures to ensure the destruction was above board.

He explained: “So we filled it in and levelled it off and it’s actually a better football pitch now than it was. That was the deal.”

Then, sarcastically, he added: “No, we left a massive hole, and children are still falling in it. They’ve all been buried alive.”

Luckily, The Grand Tour’s wave of chaos left Saranambe’s pitch in a better state than it was before, though arguably this doesn’t account for days of disruption along Madagascar’s coast.

Filming elsewhere, Jeremy Clarkson was able to escape the blame this time round, though he later applied some sticks of dynamite to a beach in a desperate bid to find the pirate gold.

He protested: “I knew that I’d be blamed by [the media]. It would have been a huge story that Jeremy Clarkson has done this, but actually I haven’t.”

When it came to traversing Madagascar’s unruly terrain, Clarkson also managed to get off relatively easy compared to his fellow motorists.

While May and Hammond did plenty of damage to their modified Caterham and Ford Focus, respectively, Clarkson fared much better in his Bentley Continental and raced ahead.

Fans will have to tune in themselves to find out if his efforts were worthwhile, or if his claims that the legends of pirate treasure are all nonsense were warranted.

The Grand Tour presents… A Massive Hunt is available on Amazon Prime Video.

'LPBW': Amy Roloff Revealed She and Matt Roloff Remodeled Her Roloff Farms Home Many Times Before Her Move

Good Girls season 4: What channel is Good Girls on?