We’re in 1985 and Nicole Kidman’s Atlanna (the Queen of Atlanta) has washed ashore next to a lighthouse, injured after escaping and arranged marriage in Atlanta. She is found by the lighthouse’s keeper, who without questioning this oddity, picks her up, takes her home and has a baby with her called Arthur Curry. 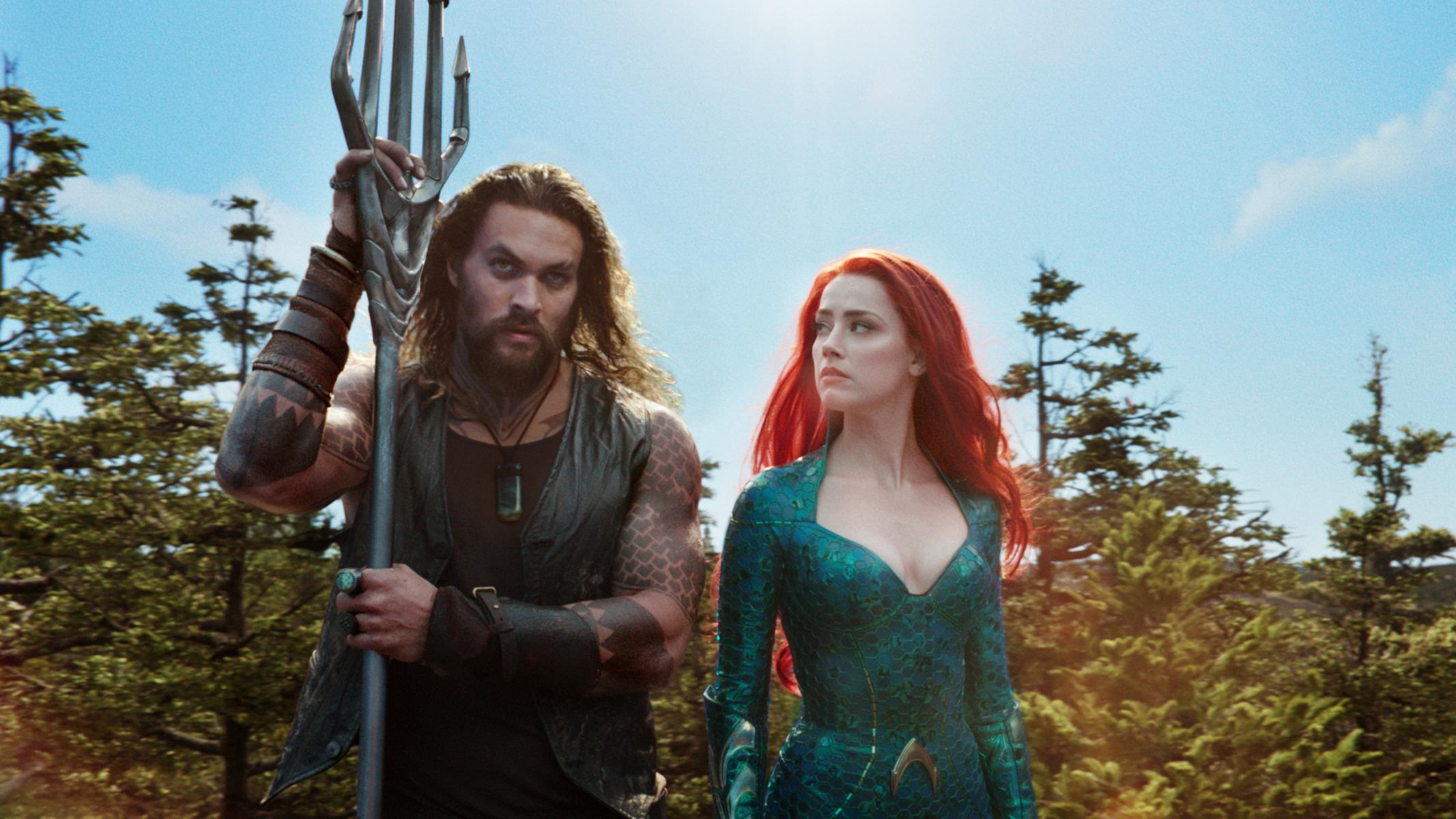 Bad guys arrive to take her back. The baby (Arthur Curry) is obv Aquaman and he grows up being all strong and can swim (and talk) underwater wearing bootcut jeans.

Much talk of being a legend and following destiny occurs. Poison Ivy, sorry I mean Mera (Amber Heard) arrives to bring him underwater to come and sort out his claim to the throne of Atlanta – which he doesn’t feel worthy of – baddie Orm (Patrick Wilson) is more than happy to encourage this self-doubt.

There then follows a sprawling journey (figuratively and literally) through underwater worlds, deserts and caves on the hunt for this movie’s MacGuffin – a sacred trident. You’ll know whether you’ll like this movie in approx 10 seconds. You’ll either embrace or wince at the style and delivery. I couldn’t stand it, but I’m not writing the film off for everyone by any means.

When actors and directors keep using the phrase “fun” when talking about the movie – it usually means it’s an absolute hot mess. Admittedly, my critical track record doesn’t tally with commercial success much this year (I hated Bohemian Rhapsody and Venom – both of which have performed incredibly well ) but IDGAF – this is a really, really trashy film. It is also likely to be the salvation of the DC universe, rightly or wrongly. 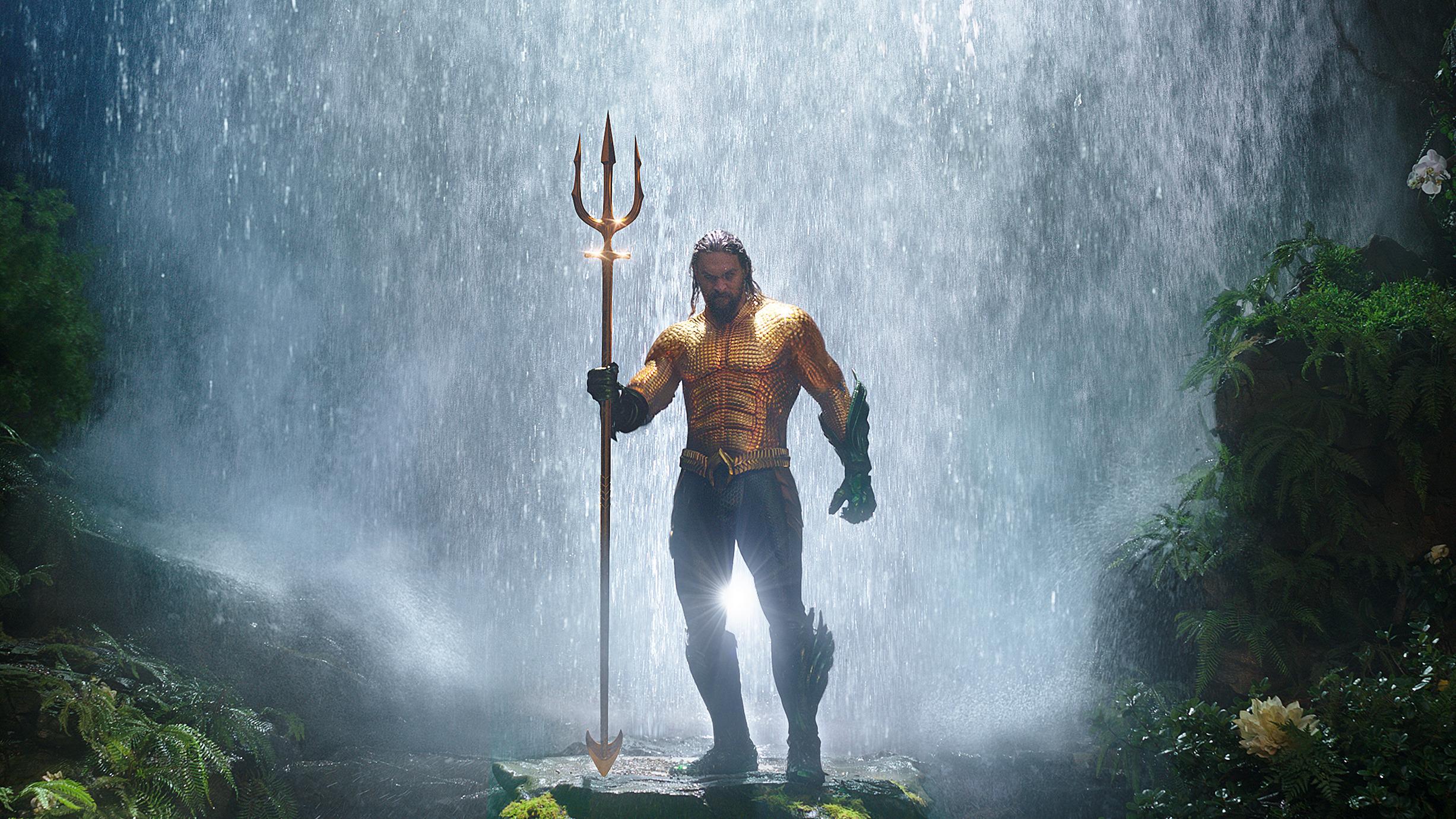 Ropey CGI, ropier performances, different genres sellotaped together, a poor script (“You need to live so you can kill that son of a bitch”)- the list is pretty endless and damning in my eyes. SPLISH! Humans don’t get the Bends! SPLOSH! Humans fire machine guns inside submarines! SPLASH! An octopus plays bongos!

Why filmmakers insist on using CGI to make old actors younger for flashbacks or prologues, when the tech isn’t quite there yet, rather than just make people look older with prosthetics? It makes half the movie look like it’s been pushed through Facetune like a shoulder of pork through a sausage machine.

It has little gravitas, instead topping to play for either laughs or dizzying battle sequences. For all it’s proclamation – there’s little “legend” on screen.

A scene in an aquarium (people realising this boy has the command of sea life) falls completely flat in a way that, to use another DC film as an example, young Kal-El lifting the truck for the Kents in Superman tingles the spine. The two are, ahem, oceans apart.

The canon (back of comic fans) is dubious and explained away all too easily. Things like “Technology taught us to breathe underwater!” get a big “No mate” from me.

Jason Momoa is the only thing that stops this from being a complete mess. He was born for the role – and his knowing performance definitely suits the character. But Nicole Kidman and Willem Dafoe’s agents must have been on mushrooms.

Aquaman will make a ton of cash and people will be very cross that I don’t “get” what was trying to be done, or that I didn’t catch the comic references – but you know what? Get in the sea.