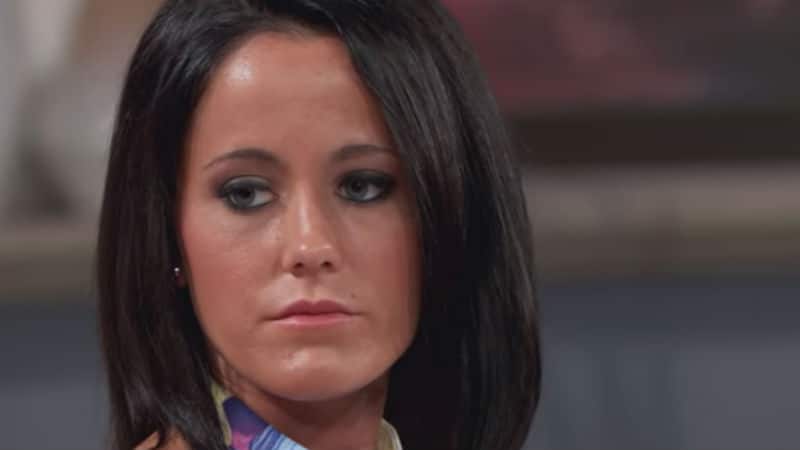 Jenelle Evans’ relationship with David Eason has been a huge focal point of headlines since they were married in 2017. Their relationship developed quickly, and the two moved in together not too long after her split from Nathan Griffith.

Her pregnancy was outed on Teen Mom 2 when she was caught on film with David Eason talking about it.

Initially, Jenelle Evans tried to deny it, but that only bought her a small bit of time. Their daughter was born in January 2017, eight months prior to the couple tying the knot.

After months of rumors, it looks like some things may have been confirmed over the weekend when Jenelle Evans switched her marital status to separated on Facebook. Is she headed to divorce court?

Last week on Teen Mom 2, David Eason showed up when the crew was filming Barbara at Jace’s soccer game. When he attends things, the crew is instructed to shut down, and that is exactly what happened.

Barbara Evans has mentioned that she is worried about Jenelle Evans’ safety, but is waiting for her to open up about it. Unfortunately, that was not the right thing to say on camera. Now, Jenelle is at odds with her mom again because David is mad about how he is portrayed.

“We love it, we hate it, we’re all just trying to make it… in this crazy town.” ✌?? #ForeverAndAlways #LoveYouAlways #AgainstAllOdds

Did Jenelle Evans’ marriage fall apart because of Teen Mom 2?

A new report from The Ashley suggests that Jenelle Evans is blaming the deterioration of her marriage on Teen Mom 2. Not only is it because David Eason is no longer able to film, but also because she believes her producer is trying to back up the image that he is a horrible person.

Remember that 9-1-1 call Jenelle Evans made back in the fall? That is just one example of something happened that was not involved with Teen Mom 2 and affected David Eason’s image.

However, the call was discussed on the show, and the aftermath has started up more conversations about whether he is harming Jenelle.

Not only has there been speculation that David Eason has bouts of violence, but now, it is on record that Jenelle Evans’ mom is concerned for her. He is reportedly reacting to what is being said on the show and taking it out on his wife. Jenelle wants Teen Mom 2 and Barbara to stop making David look bad.

Whether this split is permanent remains to be seen. If Jenelle Evans does leave David Eason, viewers hope she is honest about what happened behind closed doors.

Jesy Nelson revealed a break from Little Mix was 'needed' after tough schedule, in chat one week before 'extended break'