JESY Nelson has confirmed she's still dating Chris Hughes after he attacked a photographer at the NTAs.

The Little Mix singer posted a loved-up picture of the two of them on the red carpet in a show of unity despite Chris being investigated by police after a heated bust-up with a snapper on Tuesday. 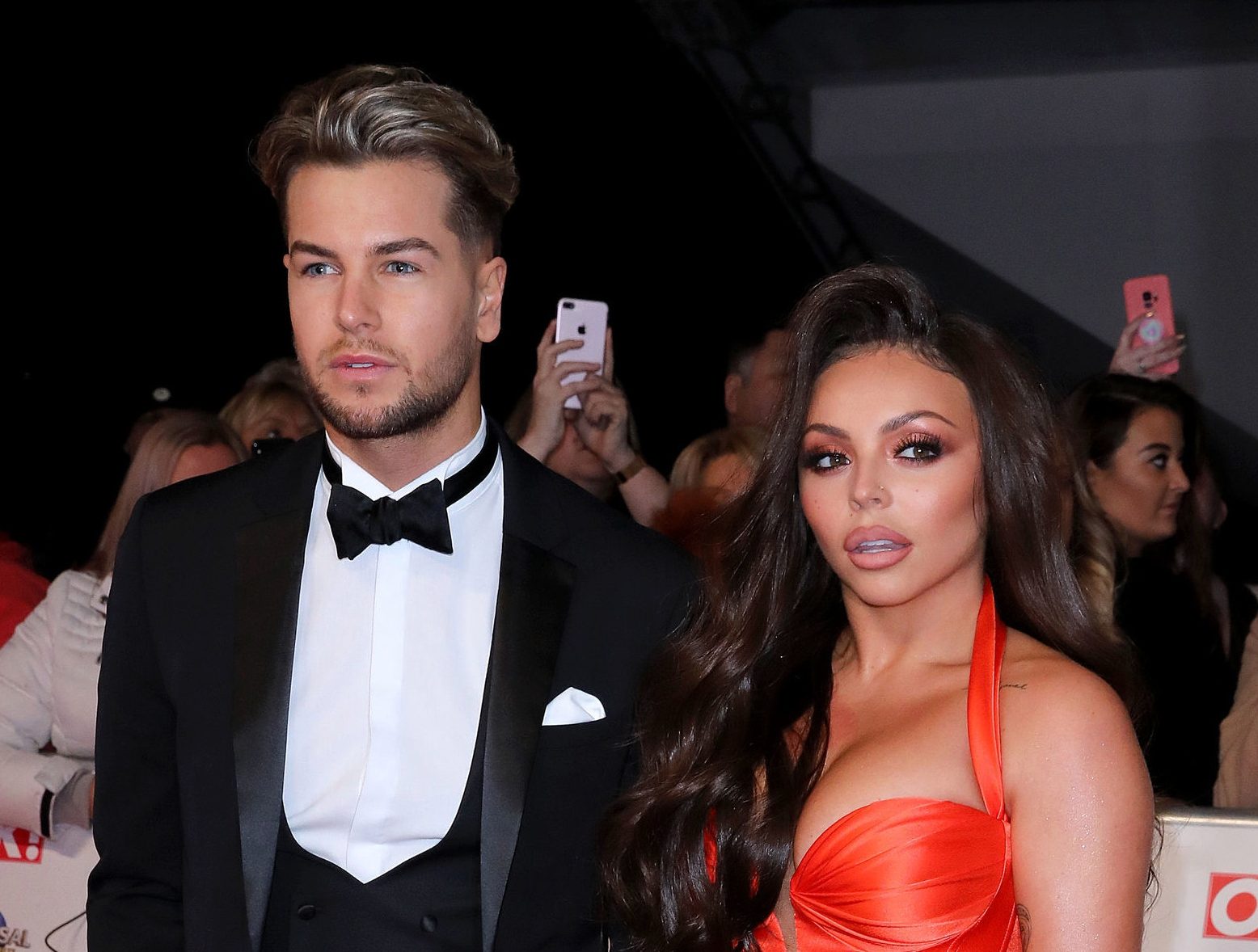 Jesy, 28, has thrown her support behind her boyfriend Chris, 27, after he was involved in a shock brawl after the NTAs.

The Love Island star scrapped with a snapper on Jesy's big night where she won the award for Best Factual Programme for her documentary Odd One Out.

Jesy showed there were no hard feelings as she posted a snap of the pair cosying up together on the night.

She simply accompanied the picture with a black heart emoji, representing Chris in his black tux, and an orange heart emoji, the same colour as her plunging gown. 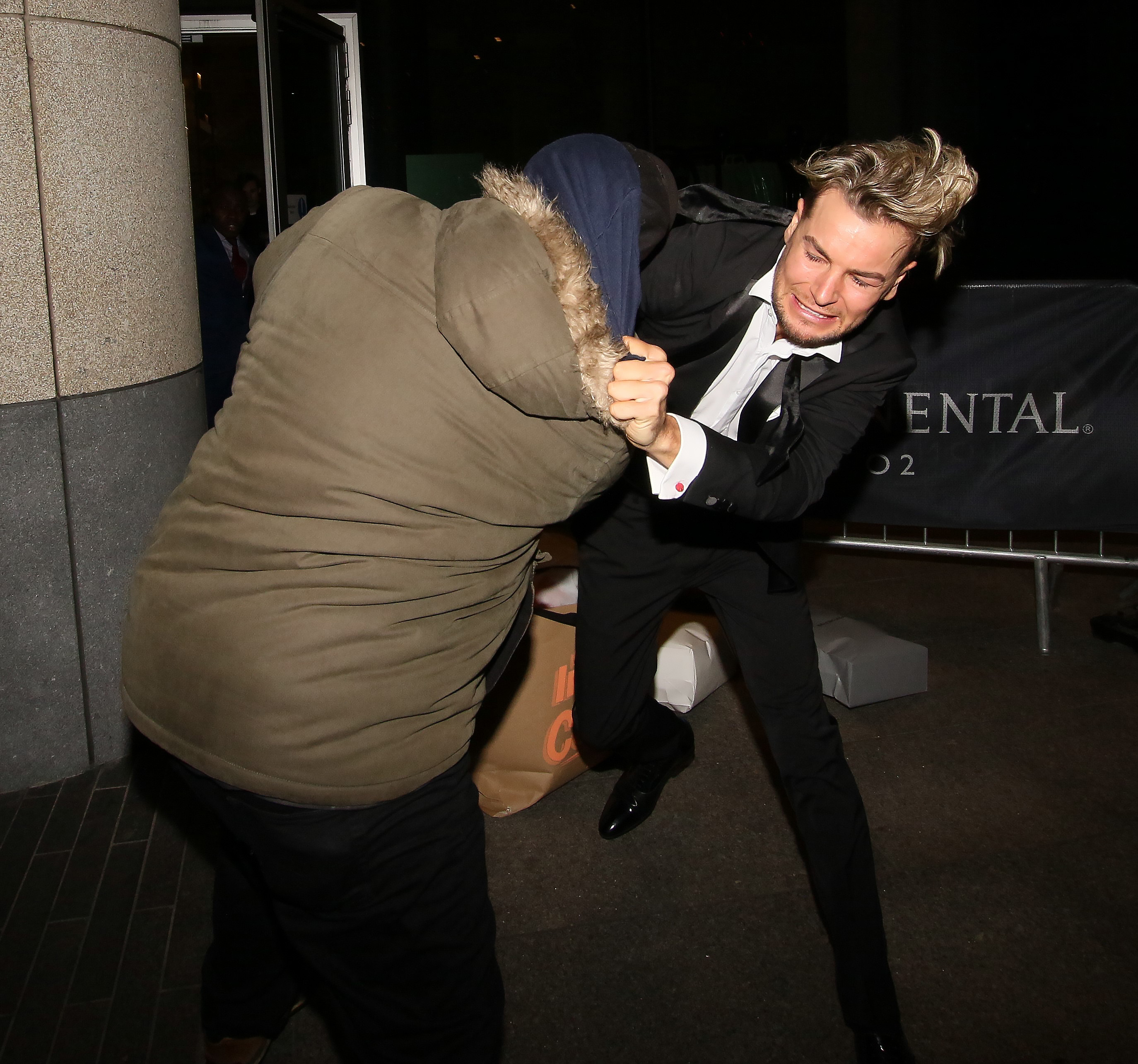 Jesy sent fans into overdrive after confirming they were still a couple.

Another wrote: "My queen."

A third chirped in: "Perfection." 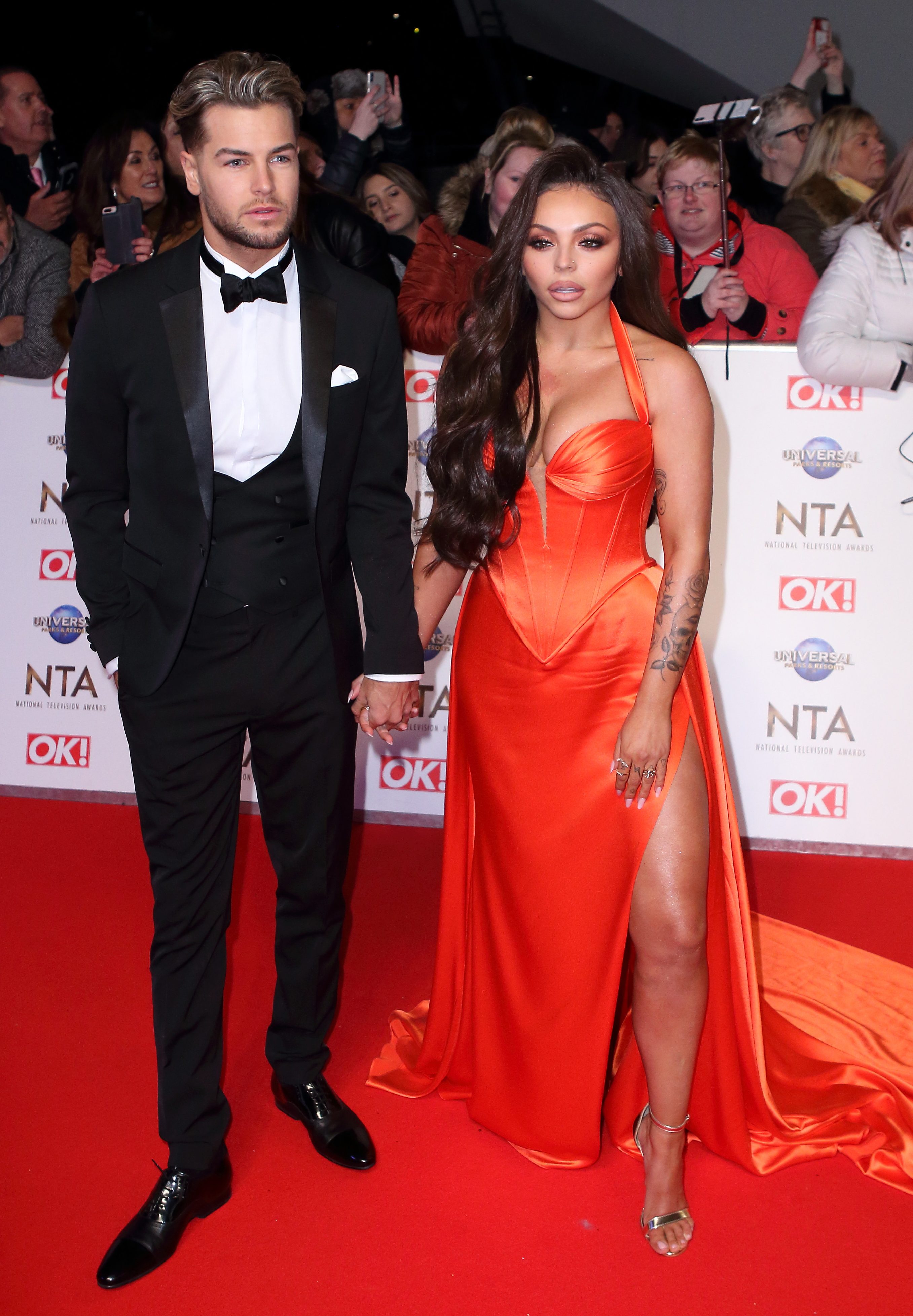 Meanwhile Chris apologised to his girlfriend Jesy since the incident.

He said on Instagram on Wednesday: "I want to address last night's altercation.

"I was having an amazing night celebrating the award my girlfriend deservedly won."

"After coming out of our hotel a particular paparazzi decided to repeatedly call me a name I wouldn't call my worst enemy, and physically try and start an altercation." 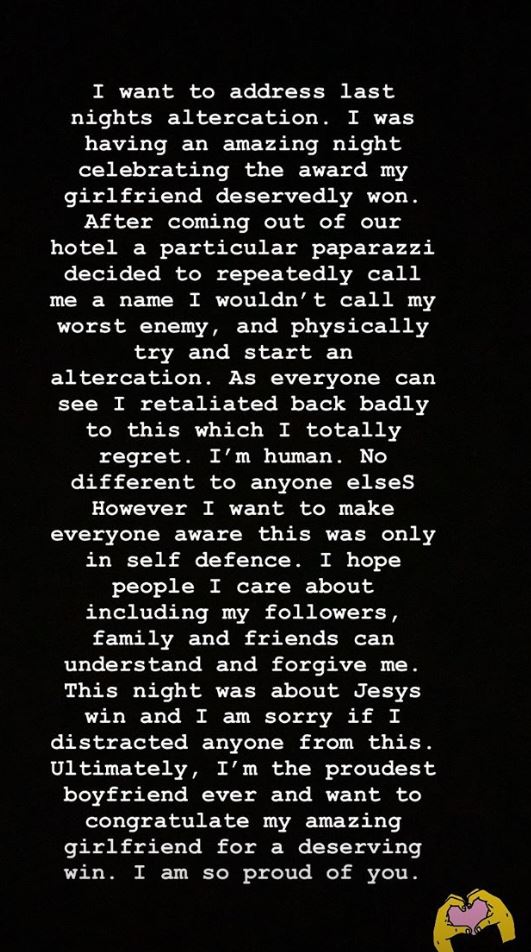 "As everyone can see I retaliated back badly to this which I totally regret. I'm human.

"No different to anyone else. However I want to make everyone aware this was only in self defence.

"I hope people I care about including my followers, family and friends can understand and forgive me.

"This night was about Jesy's win and I am sorry if I distracted anyone from this.

"Ultimately, I'm the proudest boyfriend ever and want to congratulate my amazing girlfriend for a deserving win. I am so proud of you."