After the release of “Boyhood,” IFC Films co-president Jonathan Sehring reached a turning point. He agreed to finance Richard Linklater’s ambitious 12-year filmmaking project in 2002, just two years after he began overseeing the independent film production label at AMC Networks. With “Boyhood” completed in 2014 and nominated for Best Picture at the Oscars the next year, Sehring began to consider a new chapter.

“I couldn’t figure out what to do that could surpass that,” Sehring said. “‘Boyhood’ was the pinnacle.” On November 28, it was announced that Sehring would depart IFC after 18 years — and a career that included more four decades at the parent company, where he also helped launch the Independent Film Channel in 1994.

Sehring’s legacy features many key moments for independent film in the 21st century. Under his guidance, the company pivoted from production to distribution; pioneered a day-and-date VOD release strategy that saved the business; and launched the popular IFC Center in the West Village, which continues to thrive. IFC also fostered audiences for a range of international filmmakers, seeded the industry with many influential executives, and a built a library with more than 1,000 titles.

“The people who worked here are some of the best people in the industry,” Sehring said. “IFC is in a great place. I’m really excited to see what it does.”

Sehring shared his plans with an inner circle months in advance. This included AMC Networks CEO Josh Sapan as well as Linklater, Ethan Hawke, Olivier Assayas, and Cinetic Marketing head Ryan Werner, a former IFC colleague. The timeline was unclear, and with the company’s 20th anniversary around the corner, Sehring had started to talk to Sapan about plans for that landmark occasion in 2020. “I hope it still goes on,” Sehring said.

Sehring began contemplating the prospects of distribution after the company produced Kimberly Peirce’s landmark drama “Boys Don’t Cry,” which sold to Fox Searchlight after its Sundance premiere. “We were thrilled, we got paid a lot of money, but all the credit for the film went to Fox,” Sehring said. “They did a great job distributing it, but the people who made it didn’t get any credit.”

The next year, the company brought a handful of in-house productions to Sundance, including the early Kerry Washington vehicle “Our Song,” none of which landed distribution. “We were sitting on a few great films,” Sehring said. “It was great films not selling that made us do this.” 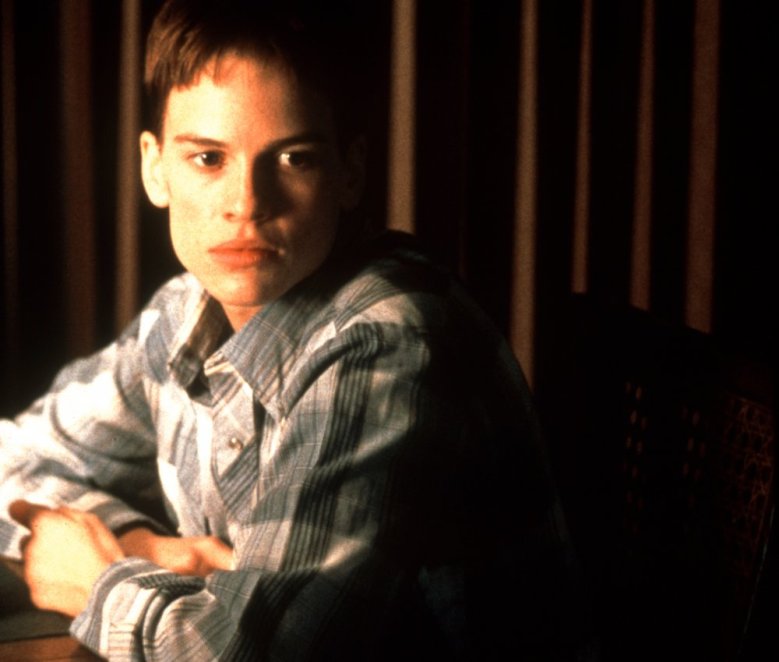 As the distribution arm took shape with future Amazon Studios marketing director Bob Berney in charge, IFC continued to produce new work. In 2001, the company took Mira Nair’s “Monsoon Wedding” to the Venice Film Festival, where it sold to USA Films, but IFC acquired Alfonso Cuaron’s “Y Tu Mama Tambien,” which went on to gross over $33 million worldwide in theaters.

But the real shift took place in 2002, when IFC released “My Big Fat Greek Wedding,” a $5 million rom-com set within the insular Greek-American community that went on to gross $368.7 million worldwide. “We saw that a movie, that didn’t cost a lot to make or promote, could capture the audience,” Sehring said. “That movie opened everyone’s eyes about what you could do with an independent film.”

IFC went on to acquire new work from major filmmakers, from A-list auteurs to rising stars: Assayas, Abbas Kiarostami, Miranda July, Hirokazu Kore-eda, Gaspar Noé, and Todd Solondz are just a few of the directors with multiple titles released by IFC. He was also keen on some of the genre efforts supported by the IFC Midnight label, including “The Babadook” and “The Human Centipede,” both of which became small-scale cultural phenomenons.

Sehring noted that IFC released the first features from both African-American directors whose later films won Best Picture (Barry Jenkins’ “Medicine for Melancholy” and Steve McQueen’s “Hunger”). He also estimated that IFC released 100-125 films directed by women — but then he backtracked, recalling an experience in the early ’80s when, as a Bravo executive, he organized a week-long women’s film festival. “We did the TCAs and I got reprimanded by every woman on that panel,” he said. “They said, ‘We’re filmmakers, not just a gender. It was a real learning moment for me as a twentysomething guy. I was an idiot back then.”

In 2006, the company needed a new model. Studio specialty divisions, such as Paramount Vantage and Warner Independent, were making it harder for IFC to compete. “It was at a point where we were considering either closing up shop or doing something different,” Sehring said.

So the company launched Festival Direct, one of the first VOD platforms to make recent festival hits available to Cablevision subscribers. Sehring credited Cablevision CEO James Dolan for kicking off the idea. “Jim wanted more activity, and newer movies, on his VOD platform,” Sehring said. “Between that and looking at how expensive it got to release independent films at that time, that’s why we came up with that model.” 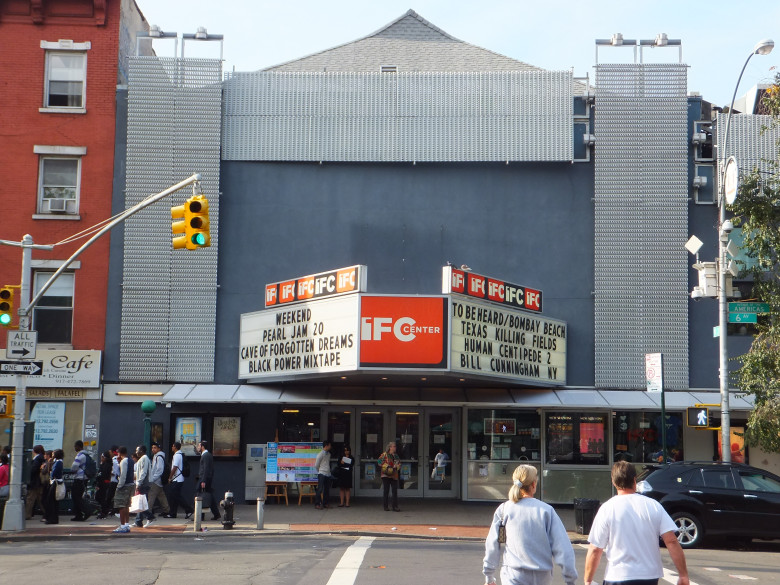 Ken Loach’s “It’s a Free World…” was among the first Festival Direct titles. The approach later benefited many independent filmmakers whose work would otherwise struggle to find an audience in a traditional release, such as Joe Swanberg, whose “Alexander the Last” premiered at SXSW and IFC VOD simultaneously in 2009. Long before Netflix and other SVOD giants entered the fray, IFC began experimenting with theatrical windows. Today it still alternates between traditional platform and day-and-day releases, depending on the titles.

“It was always frustrating, when I was growing up, to read about movies playing in New York City that I couldn’t see,” Sehring said. “This was a combination of the technology changing and trying to get the financial model of indie films back to a place that makes sense.” A dozen years later, Sehring said VOD contributes to a large portion of the company’s profits, but remained elusive about specific figures. “I’m not really sure who that benefits,” he said.

In 2008, a trio of specialty divisions closed up shop — Vantage, Warner Independent, and Picturehouse, run by IFC veteran Berney — while IFC held on. “A lot of those divisions are gone for all the right reasons, because the economics didn’t make sense,” Sehring said. “At the end of the day, it’s a business. If you’re going to take the art part of the business, which is really independent film, you still have to apply business rules to it, and you’ve got to make money.”

Sehring watched as the independent film world adjusted to the VOD space. He recalled how Killer Films producer Christine Vachon pushed back on the model. “Initially, she hated the idea,” he said, “and then she had her baby, and said, ‘We couldn’t out on a Saturday night, but it was so great to turn on VOD and not have to travel across town.”

Ironically, IFC’s ambitions in the VOD space coincided with the launch of the IFC Center, which continues to thrive under the management of senior VP John Vanco. “Brick-and-mortar is not going away,” Sehring said. “The IFC Center is the hub of everything we do.” The theater doesn’t exclusively house IFC titles, but provides a key launchpad for certain releases, especially day-and-date ones in need of extra visibility. “It’s an expensive to take a movie to market,” Sehring said. “Movies are ultimately a communal experience — and if you can’t have that, there are other options.”

He took a shot at Netflix for relying on its algorithm to promote the vast library of titles while only singling out a handful of A-list work for awards attention. “Ted [Sarandos] said we embraced the day-and-date strategy and they took it a further step,” Sehring said. “I think they missed their ability to give a profile to every film. It’s great they can do that with Alfonso Cuaron, Ava DuVernay, and the Coens, but there are a lot of movies Ted says you can discover, and there’s probably a better model there.”

He hinted at the possibility that IFC was exploring new opportunities for curation in the VOD space, but declined to go into specifics. “You’re asking me to reveal our company’s secrets?” he said, and laughed. “I can’t do that.” Sehring insisted that IFC remained a profitable entity. “It is financially successful,” he said. “I can say that with a huge smile on my face. We’ve been profitable for six or seven years, including overhead, allocations, everything.” 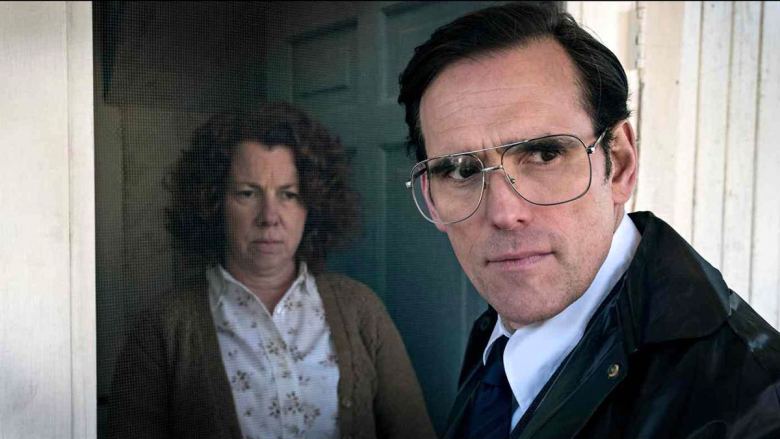 “The House that Jack Built”

As Sehring winds down to his last day December 31, he leaves the company in a relatively strong year. While IFC hasn’t been a heavyhitting acquisition entity in recent years, its 2018 has plenty of highlights. These include box office hit “The Death of Stalin,” Paul Dano’s directorial debut “Wildlife,” which the company acquired out of Sundance, and the country music biopic “Blaze,” directed by Ethan Hawke. Most recently, IFC generated headlines for clashing with the MPAA over its release strategy for Lars von Trier’s “The House That Jack Built.”

Still, the company’s future remains a question mark. Sehring’s co-president, Lisa Schwartz, was elevated to the role in 2006 from a business development position. Schwartz has been known to clash with staffers over the years, and has not been widely accepted into the broader independent film community. Longtime acquisitions director Arianna Bocco is reportedly well positioned to take on Sehring’s role, but no successor has been named as co-president.

Sehring said he was staying out of those conversations. He had no immediate future plans, except to spend time with his wife in England, where they recently bought a home. He will not attend Sundance next month. “I like to tell people that they just trotted me out for photo opps, and that’s it,” he said. “The people who love cinema are still here. I don’t see any change happening. I think IFC Films and the IFC Center is just getting bigger.”

Reflecting on the big picture, he considered the defining factor that allowed IFC to survive under his watch. “I love the whole independent film world,” he said. “It really for me as much about the people I’ve worked with as the films. People do it for the love of the art and cinema, not for money.”

The Quarantine Stream: 'Sasquatch' Heads Into the Woods to Find the Truth Behind a Triple Homicide