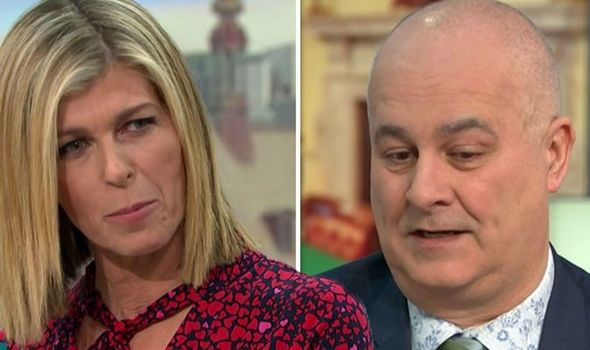 Kate Garraway, 52, and her Good Morning Britain co-host Ben Shephard, 45, were once again joined by broadcaster Iain Dale, 57, to talk about the cabinet reshuffle. However, before they began the conversation, the pair addressed their guest storming off the show last week when he was left furious over not being able to get a word in. Explaining some thought he’d done it for a publicity stunt to promote his book, the panelist said his writings don’t hit the shelves for another five months. Not wanting the situation to unravel again, Kate pleaded with Iain as she warned him: “Please don’t do it again in five months time.”

Why did Mike Thalassitis and Megan McKenna break up and how long were they together?