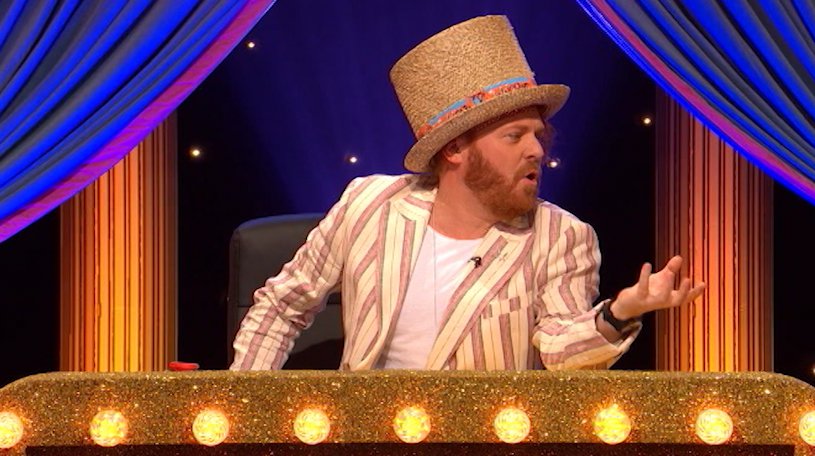 Celebrity Juice has been left off the autumn schedule for the first time since 2009, and may never return if Mortimer’s comments at the Edinburgh TV Festival are anything to go by.

Discussing the future of panel shows on ITV2, he said: ‘They are as old as television if you think about it, we reinvent them, from ‘Shooting Stars’ through to ‘Celebrity Juice’, they’re nothing like the panel show of old.

‘It’s one of those where the host greets you, you know what you’re going to get, you’re introduced to this week’s panel and at the end of the episode they wave goodbye and it’s, “see you next week”.

Instead, Mortimer suggested the channel will be looking at drawing in younger audiences with dramas.

According to The Sun TV, he added: ‘If there’s a hook at the end of a great drama and you desperately need to see episode two and you don’t want to wait, make it available and give it to audiences in the way they have come to expect things.

Keith – real name Leigh Francis – recently admitted he was unsure if Celebrity Juice had a future.

‘It’s not on again this year, which is sad. Will it be back again? Who knows?’ he said.

‘I might have to get a real job. Hopefully we’ll be back next year. If not, it’s been a good ride and we’ve had a good time.’

Metro.co.uk has contacted a representative for Leigh Francis for comment on this story.

Celebrity Juice is avilable to stream on ITV Hub.