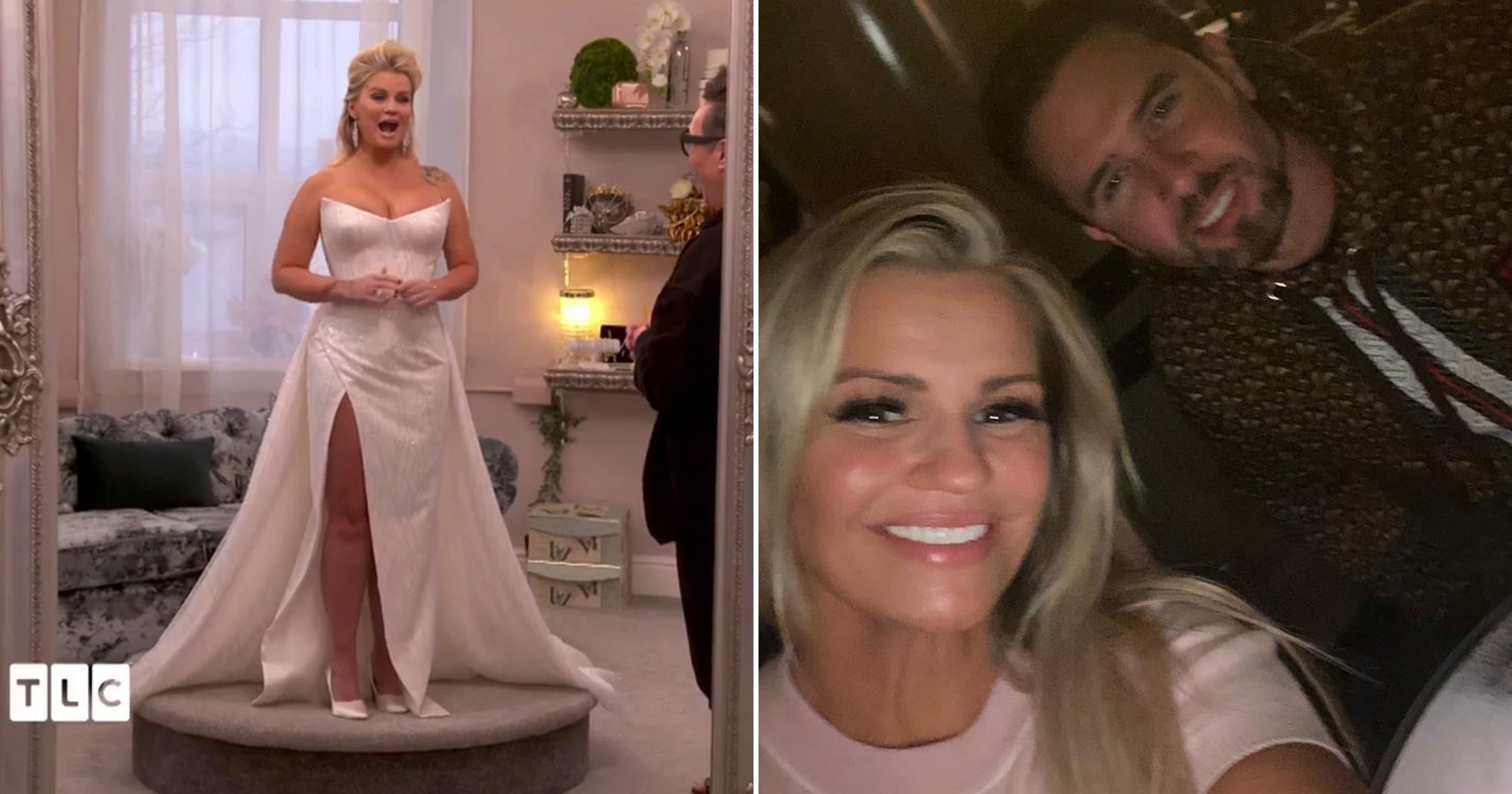 Kerry Katona has opened up about her upcoming wedding to Ryan Mahoney after picking out her dream wedding dress.

The former Atomic Kitten star, 40, took part in Say Yes To The Dress ahead of the Vegas wedding she has planned with Ryan, 32, but admitted she initially found it difficult to get excited about their big day after the trauma she has experienced with past husbands.

Kerry told Metro.co.uk: ‘I wanted to do it because I needed to really get in the right frame of mind. Every time the wedding got mentioned or the fact I was getting married – not that Ryan turns my stomach – it made me feel a bit sick, because I thought I needed some kind of therapy.

‘Doing Say Yes To The Dress was the best therapy because I think I have post-traumatic stress, honestly I do, and doing the show and being with Gok, it was a massive journey for me.’

Viewers will get to see Kerry battle with her confidence as she enters the bridal store, before coming to embrace the excitement and joy of her upcoming wedding.

‘You know, this is my fourth time [getting married] and I think my last husband did such a number on me that as much as I love Ryan and I can’t wait to be his wife, there’s a fear of it all f**king up again.

‘Everybody has an opinion, like “Oh here we go again,” or “F**king hell, what’s she doing in a wedding dress shop again,” all this s**t just goes through your head, but as the day went on I was loving it again eventually.

‘I was really nervous. I thought: “Oh my god, I hope the show gets cancelled. Why have I agreed to do this? I felt a little bit humiliated. But again, I’m so happy and I came home a different person.’

Kerry and Ryan have been together for more than three years, and she believes their relationship works so well as the pair balance each other’s personalities perfectly.

She revealed: ‘We’re just both complete equals –  not only is he my life partner, we’re business partners and we work together as well.

‘I’ve not had a relationship like this before and I do sometimes try and poke and prod him and get response from him but he’s so laid back that I get nothing back! He’s so laid back, I call him slow. Our DJ for his birthday bought him a sloth teddy bear because he has no concept of time and he’s always late.’

In contrast to her previous weddings, Kerry and Ryan are looking forward to making their big day just about them, rather than looking after hundreds of guests.

She explained: ‘Me and Ryan are just gonna go b**ger off to Vegas with the kids and get married. Ryan’s never really thought marriage was a big deal and if he was to get married, he’d want to get married in Vegas. This is just about also what we have as equals.

‘We’re in no rush to get married. We haven’t got a date set, we haven’t got anything in place or anything like that, we’ll just go whenever the time’s right. Ryan’s got his suit, I’ve got my dress and wedding shoes.

‘We’ll probably just jump on a plane and go and get it done. At one point we were thing about doing a Drive-Thru wedding!

‘The weddings I’ve had before, it’s all been about feeding and doing dinners for everybody else and making sure that everybody else is happy and making sure where that person sits and all that. This is just me and Ryan declaring our love for each other in front of the kids, and that’s all that f**king matters at the end of day.’