The star is playing the role of the Wicked step sister in the show Cinderella, alongside actress Tricia Penrose. 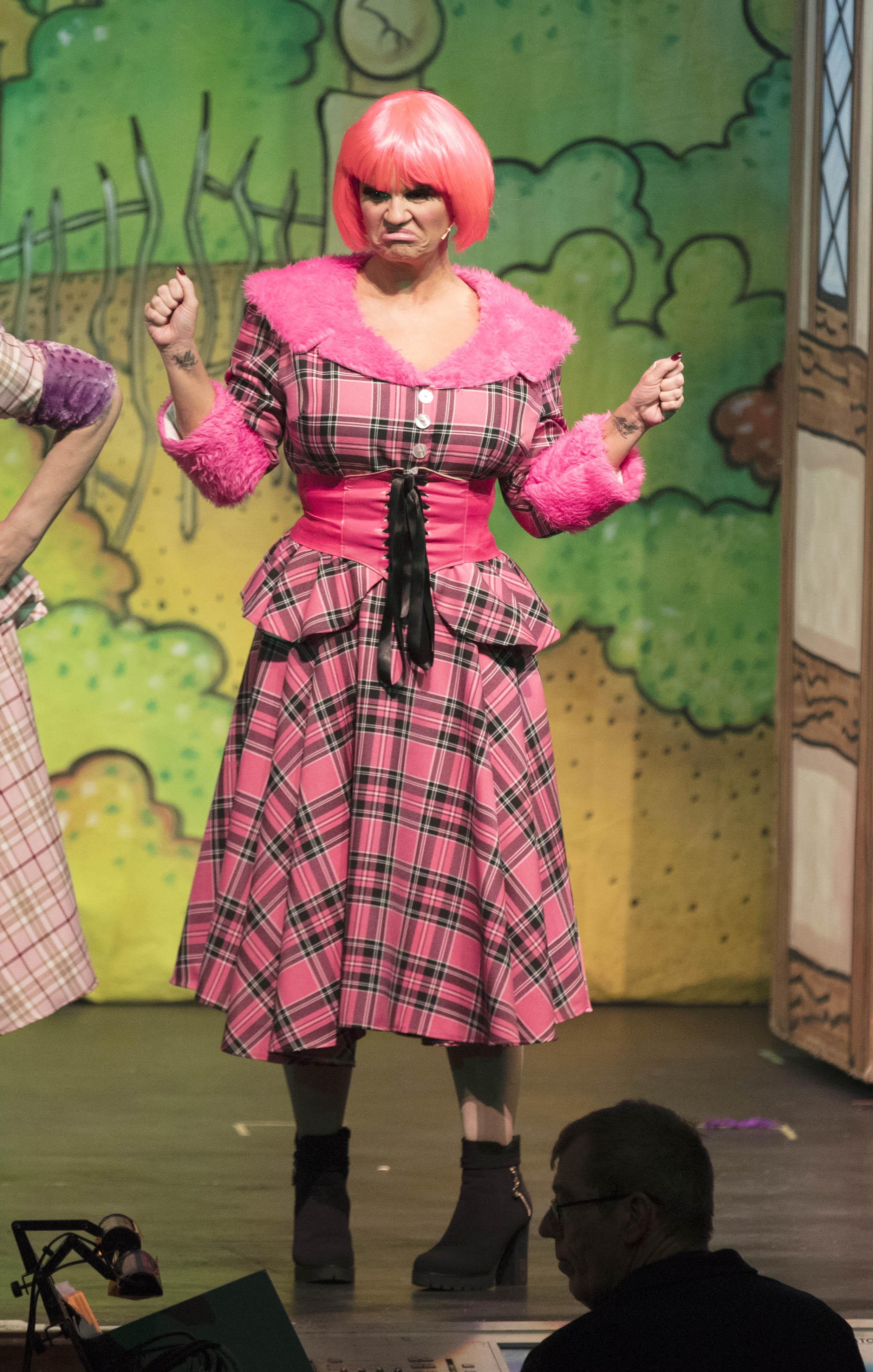 The star threw herself into the animated role by pulling various over-the-top faces to entertain the crowd.

She later changed into an equally garish outfit which included a huge pink feather boa.

Despite the hard-working performances, a photo of the theatre shows a half empty audience just one minute before the show was due to start. 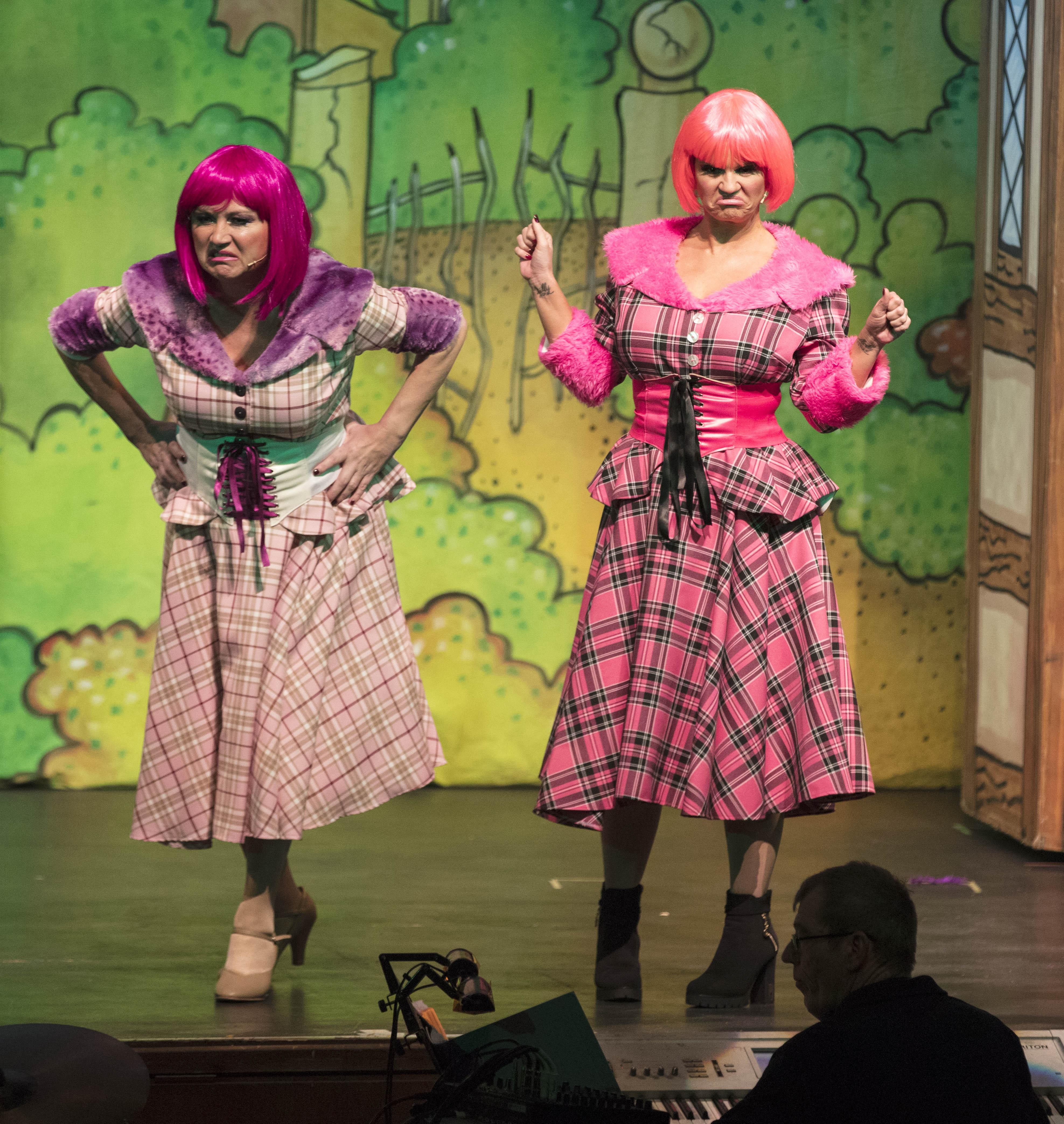 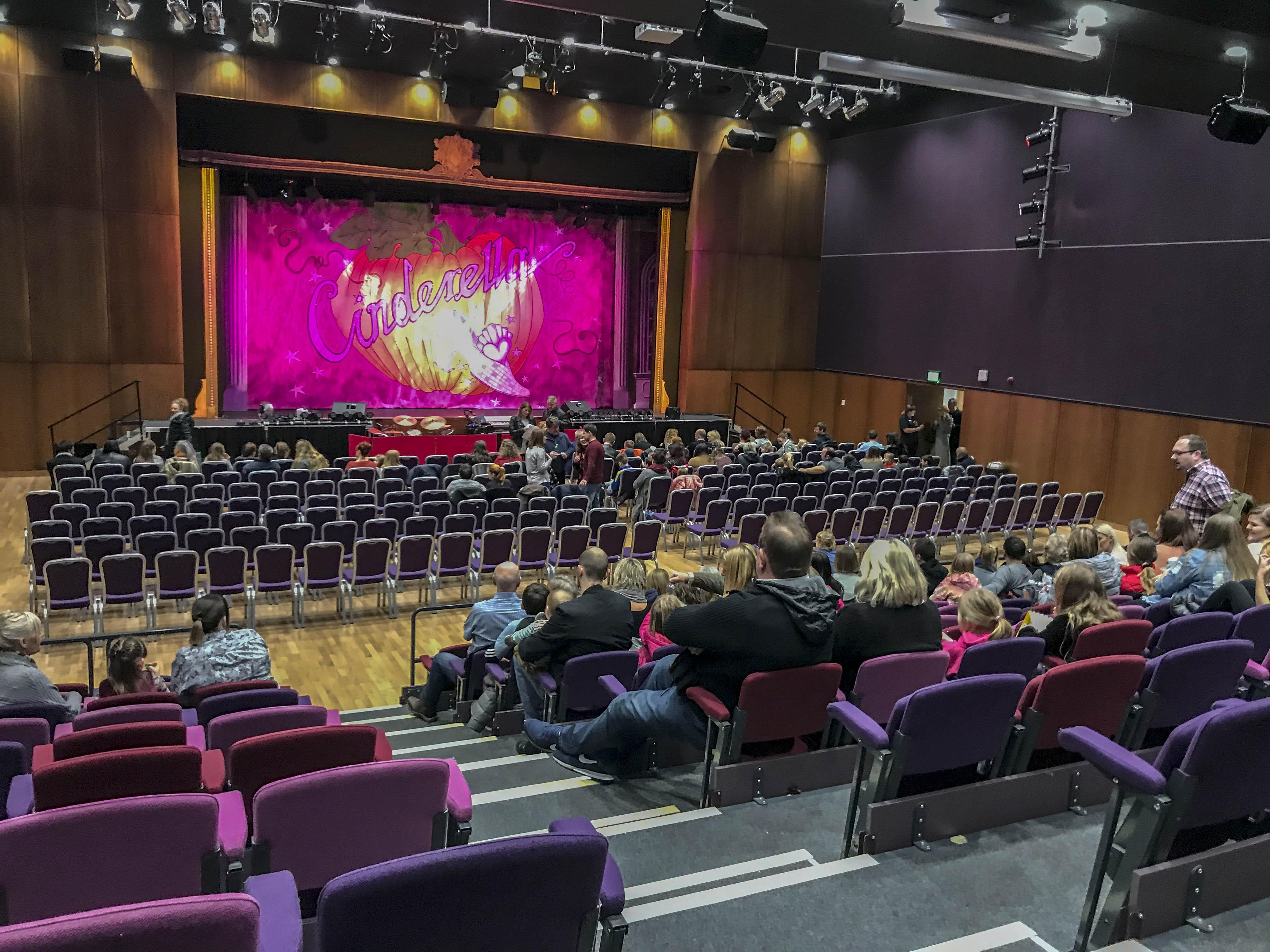 Last month it was revealed that Kerry has signed up to the next series of Celebs Go Dating. 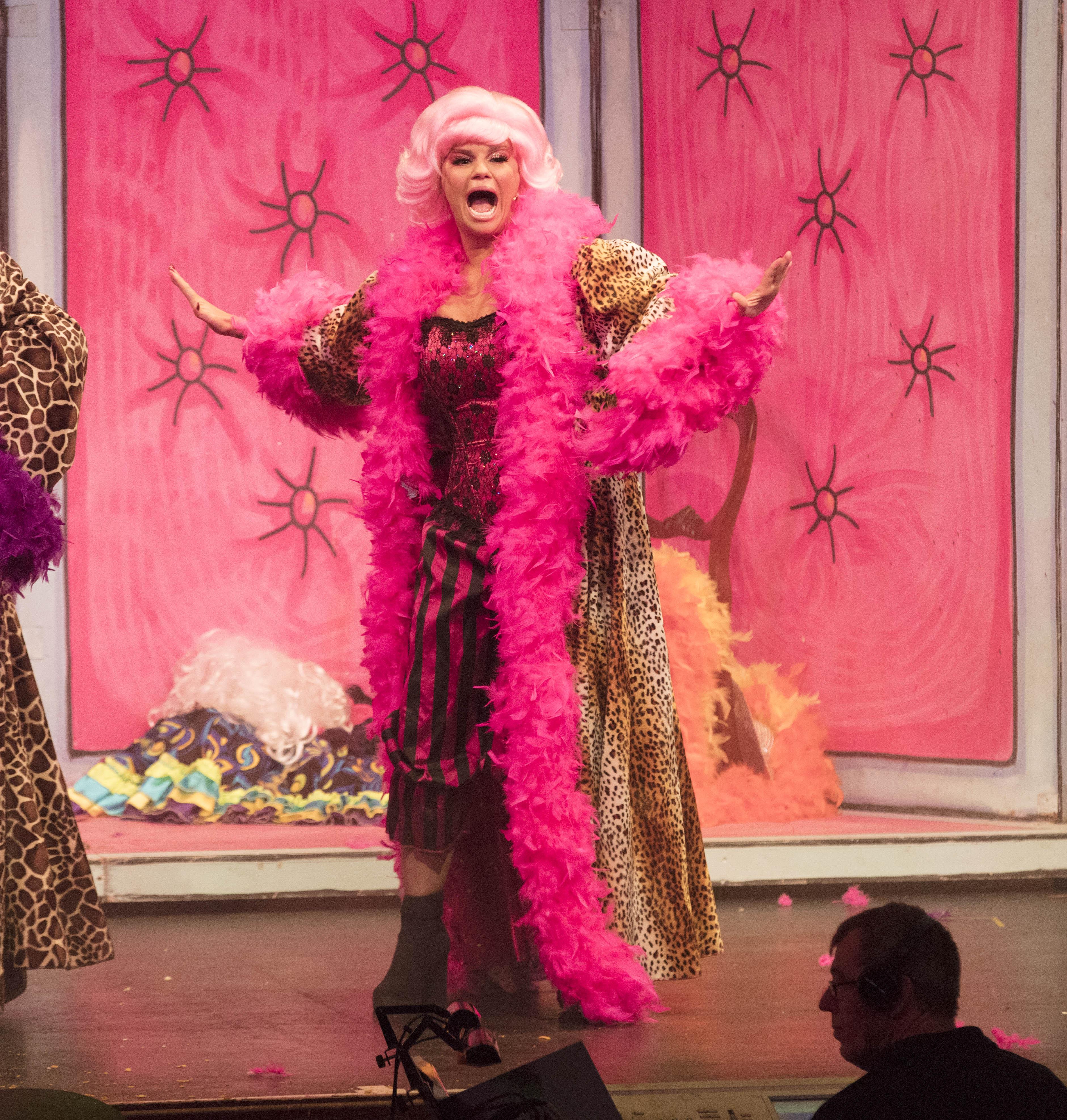 At the beginning of this month, she showed off her incredible slimmed-down figure as she enjoyed a day in the sun in Marbella.