HAILEE Steinfeld stunned fans as she looked exactly like Khloe Kardashian at the 2021 Met Gala on Monday night.

The 24-year-old Hawkeye star was unrecognizable in a short platinum blonde bob and bleached eyebrows, a look many associated with Khloe. 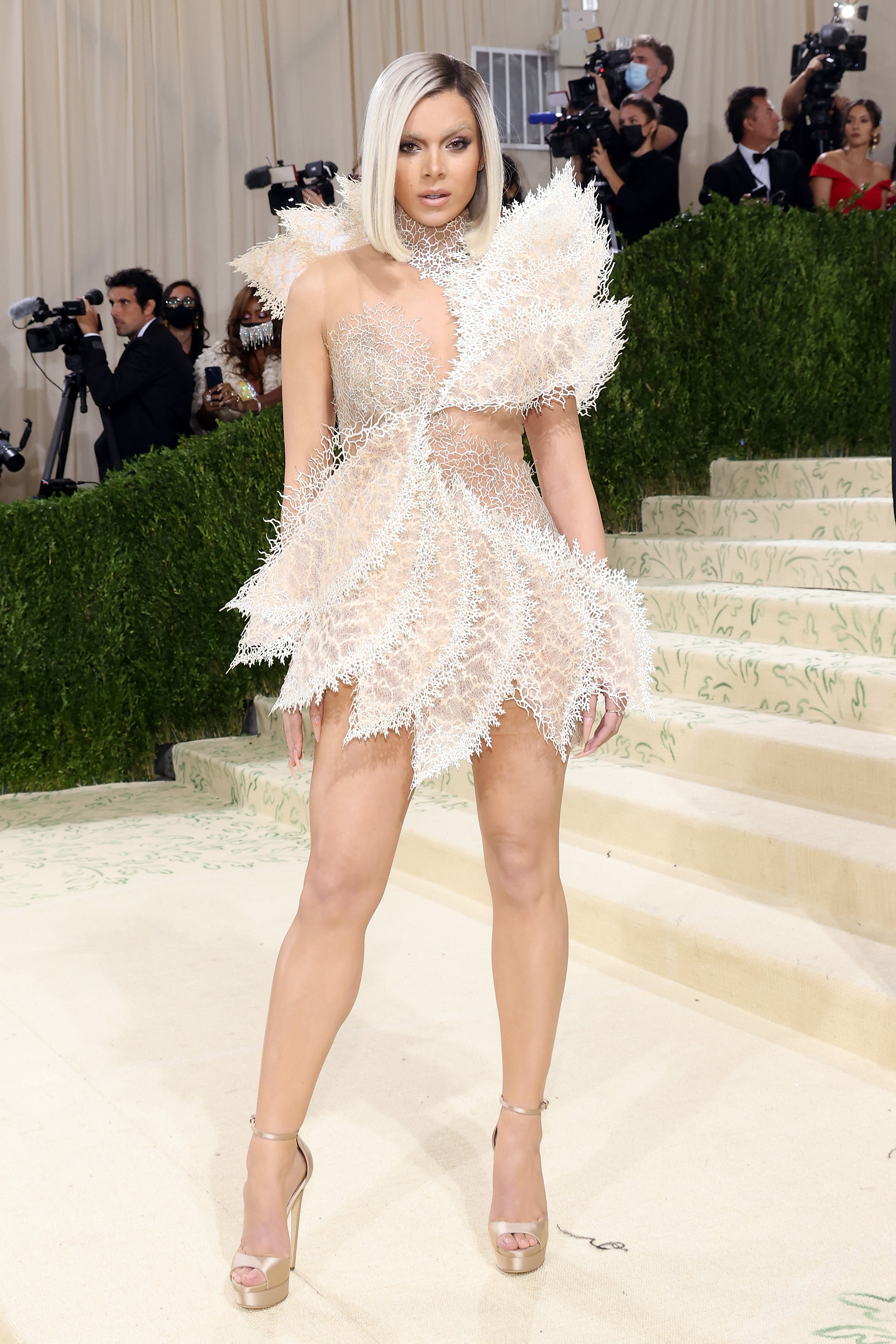 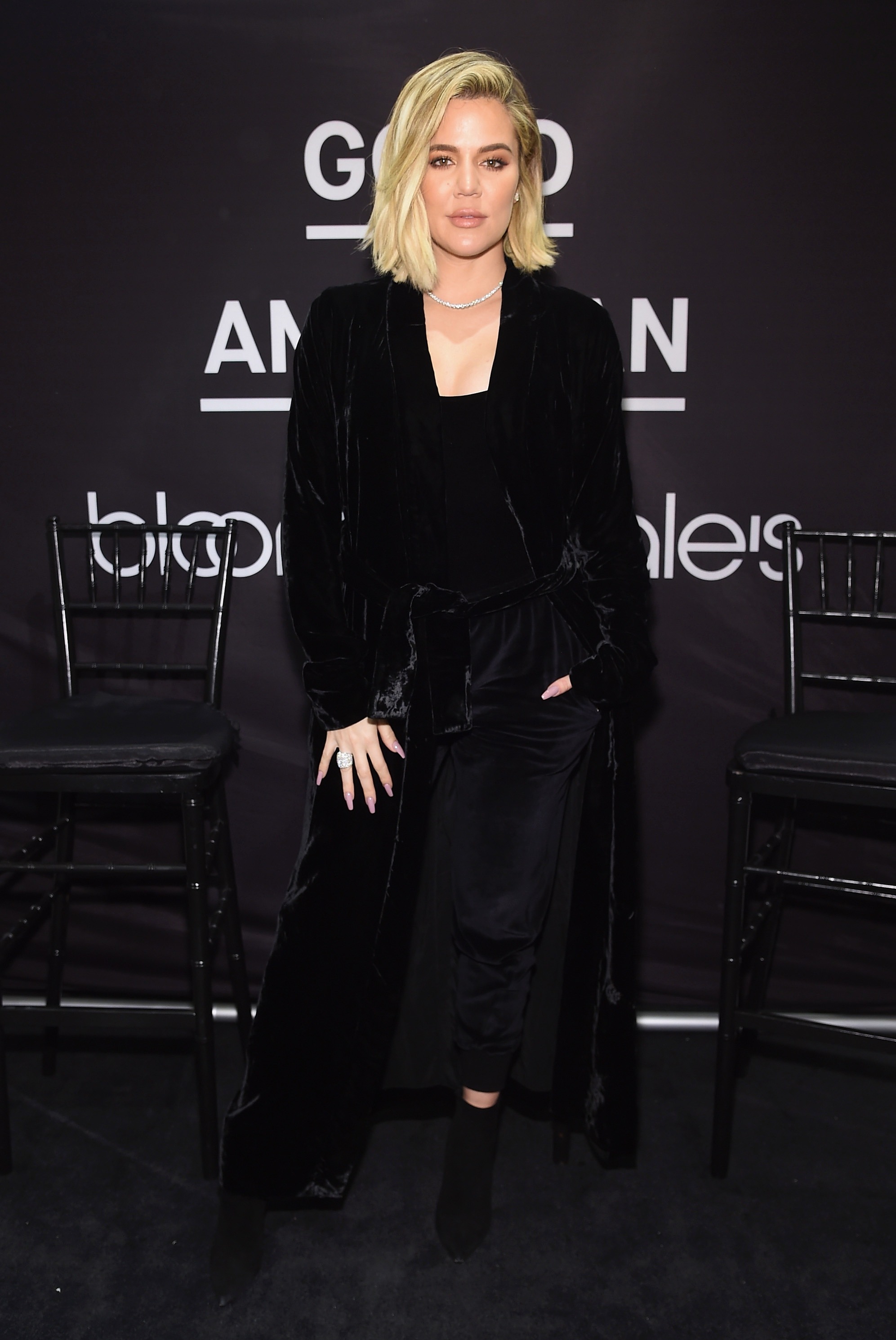 This year’s Met Gala theme was In America: A Lexicon of Fashion, and Hailee’s interpretation included her bleached beauty look and a white, fairy-winged Iris van Herpen mini-dress.

She capped off the look by making her toned legs look extra long in a pair of sky-high gold heels.

Fans could not believe this was truly Hailee, as she completely transformed for the annual star-studded fashion event.

One perplexed fan tweeted: “The looks hits different, i thought it was Khloe Kardashian and then i realized omg its Hailee Steinfeld the new member of MCU.”

A second stunned user wrote: “No. Can’t be. What. This must be Khloe Kardashian”

Others considered Hailee’s whole look to be “Khloe cosplay,” suggesting she put together an ensemble that would make her appear like the 37-year-old Keeping Up With the Kardashians star.

While Kim Kardashian, Kendal Jenner, and Kris Jenner attended this year’s Met Gala, Khloe was nowhere to be found, after she was “banned” for being “too C-list,” sources revealed.

Neither she nor her older sister, Kourtney, were invited to the Super Bowl of fashion, and Kylie Jenner, who has attended in the past, opted out after recently announcing she’s pregnant.

Sources revealed Khloe was banned from the glamorous celebration as she is unable to compete with the host of modeling, film and music stars.

Despite not going, Khloe still supported her sisters' attendance and lavish outfits.

Khloe took to her Instagram Stories to upload a shot of half-sibling Kendall dazzling in her plunging sheer sequin gown with matching collar, and commented: "Ate that up."

She then added: "I'm not OK," alongside an image of the Victoria's Secret catwalk queen striking a pose on the steps.

Meanwhile, not forgetting elder sister Kim's striking full-face catsuit, the mom of one re-posted a series of images from her profile.

The swanky event saw the biggest night in fashion brought back to New York City after being canceled last year due to the Covid pandemic.

Khloe supported her family at the last Met Gala, in 2019, as well.

"I seriously cannot get over how incredible my sisters look tonight! I'm dreaming of them!" she tweeted that year.

Fans weren’t too upset about Khloe bring missing from the event, as they joked that the Dickinson actress took her place.

One wrote: “khloe being banned works fine because hailee def looks like her” 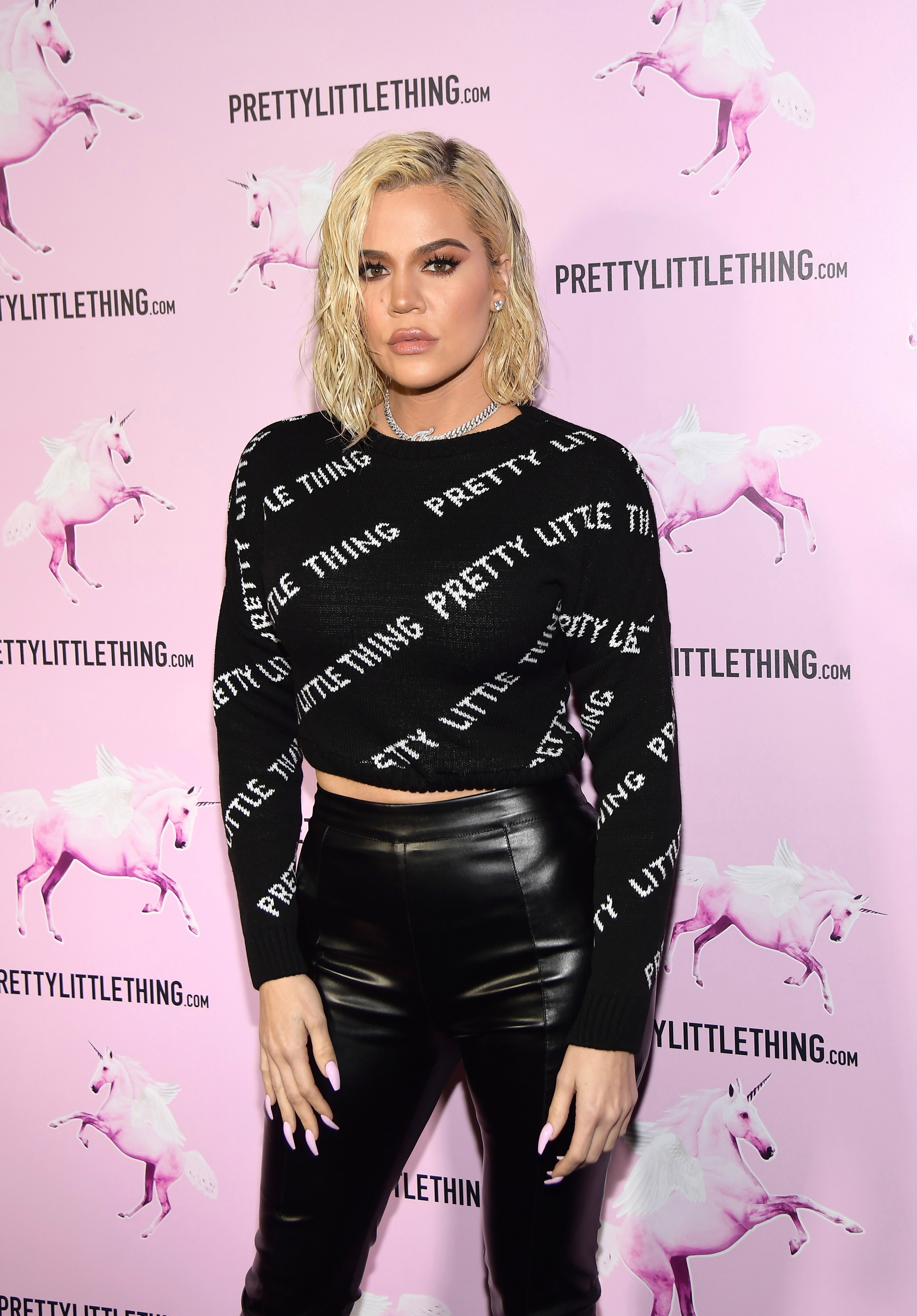 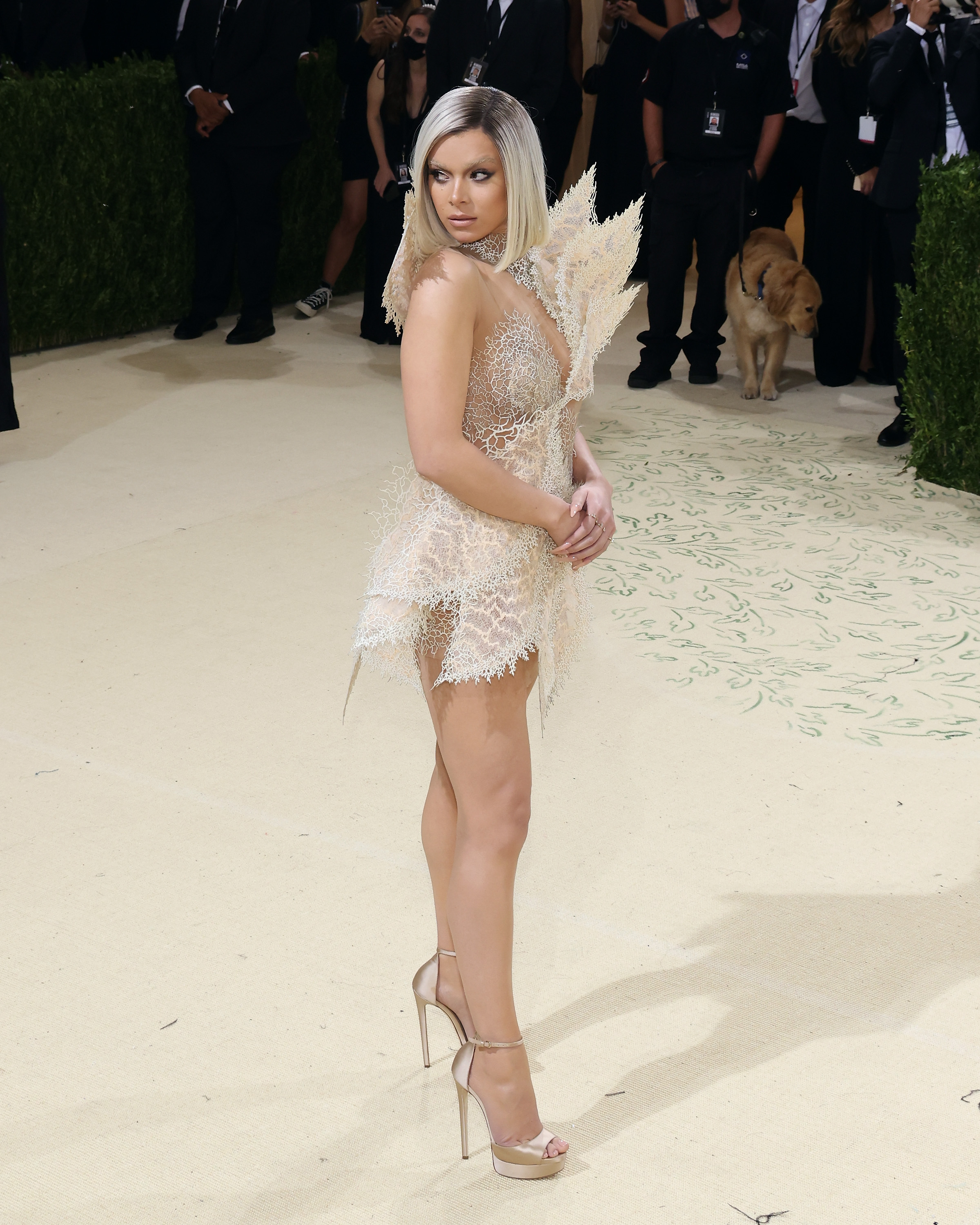 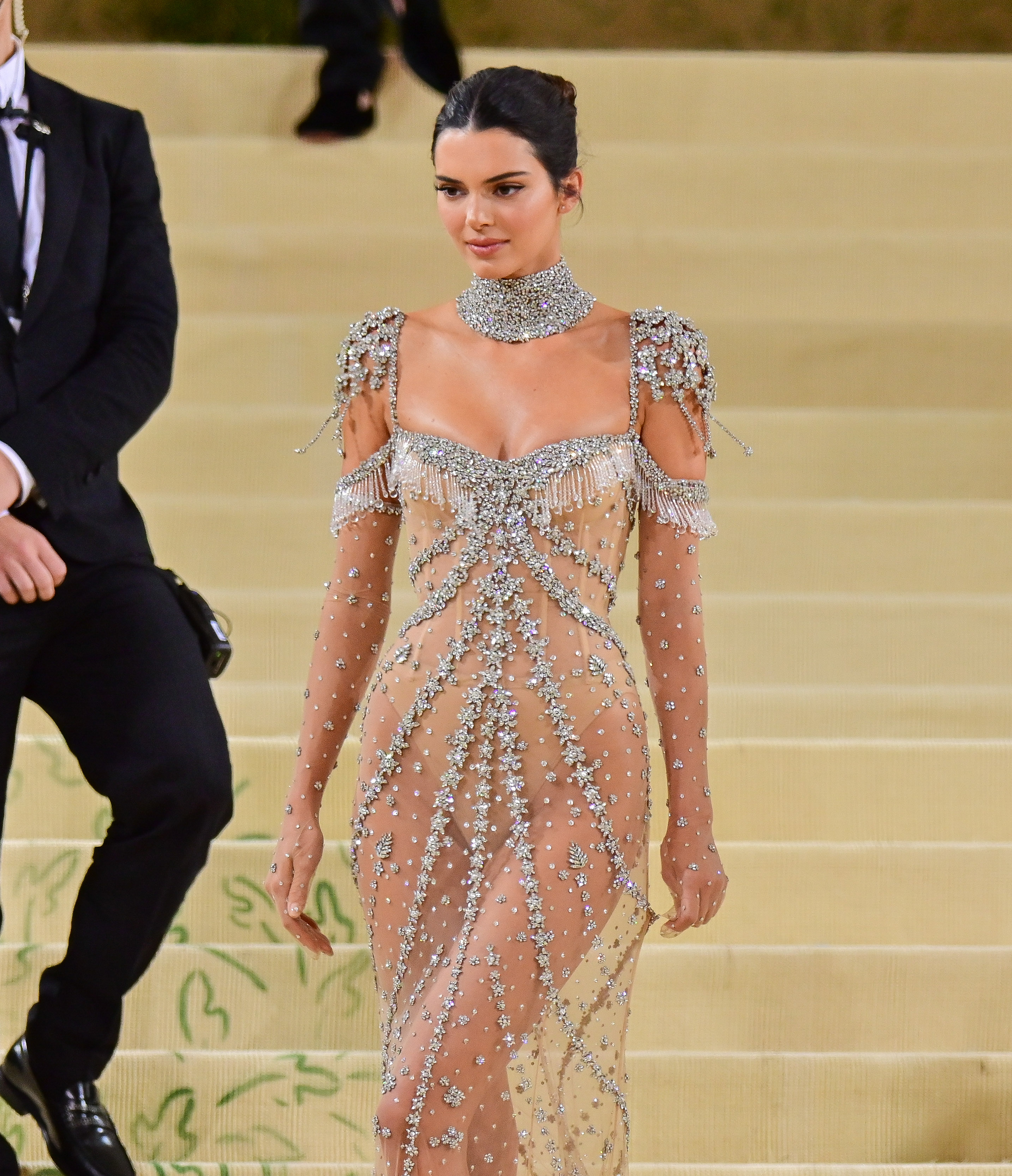