KIM Kardashian was photographed at an SNL afterparty with Khloe, Kris Jenner, & Scott Disick following her hosting debut on the show.

Kim, 40, didn't hold back on the live broadcast, as she poked fun at herself, ex Kanye West and the photoshop accusations that surround her family. 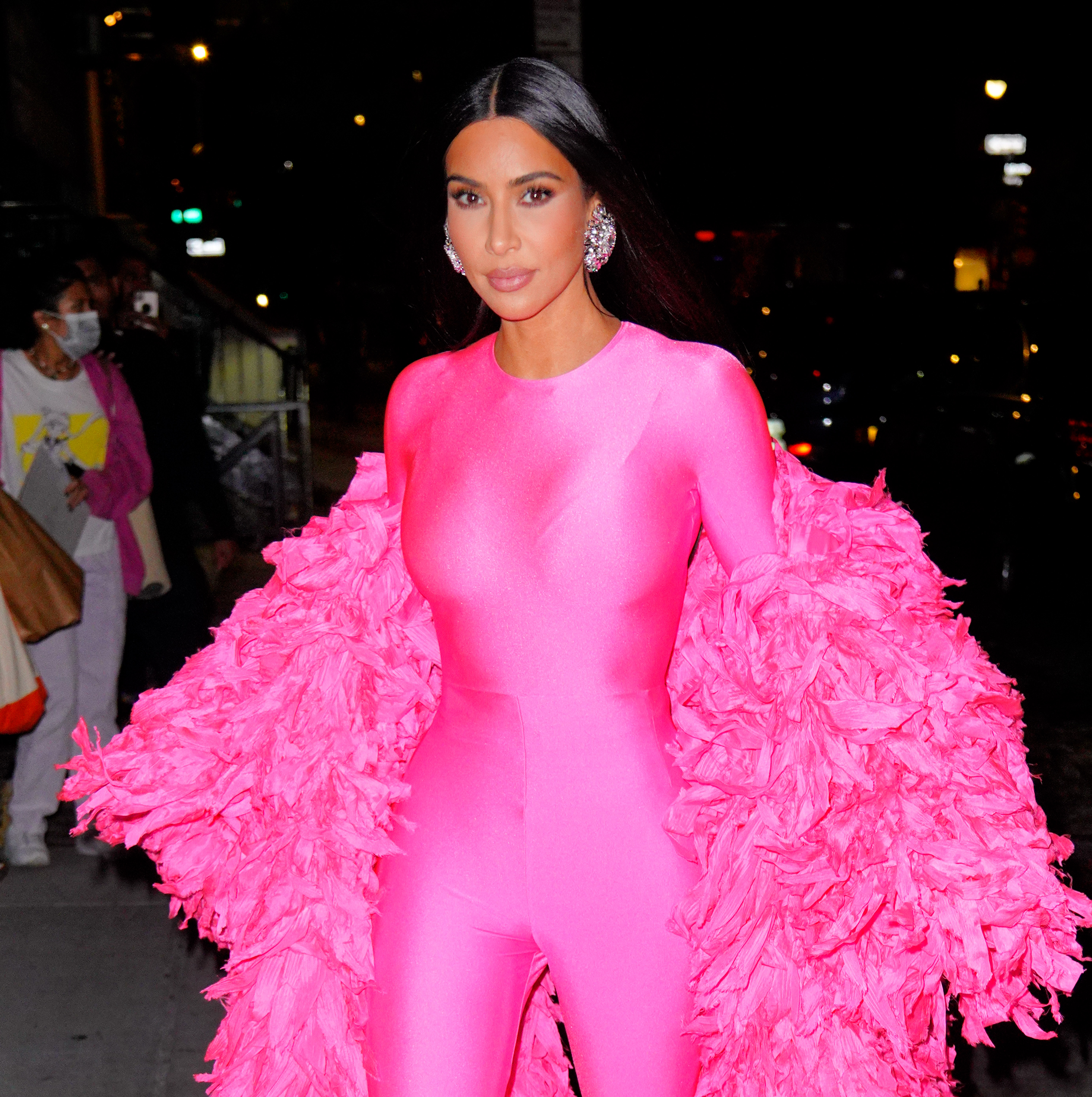 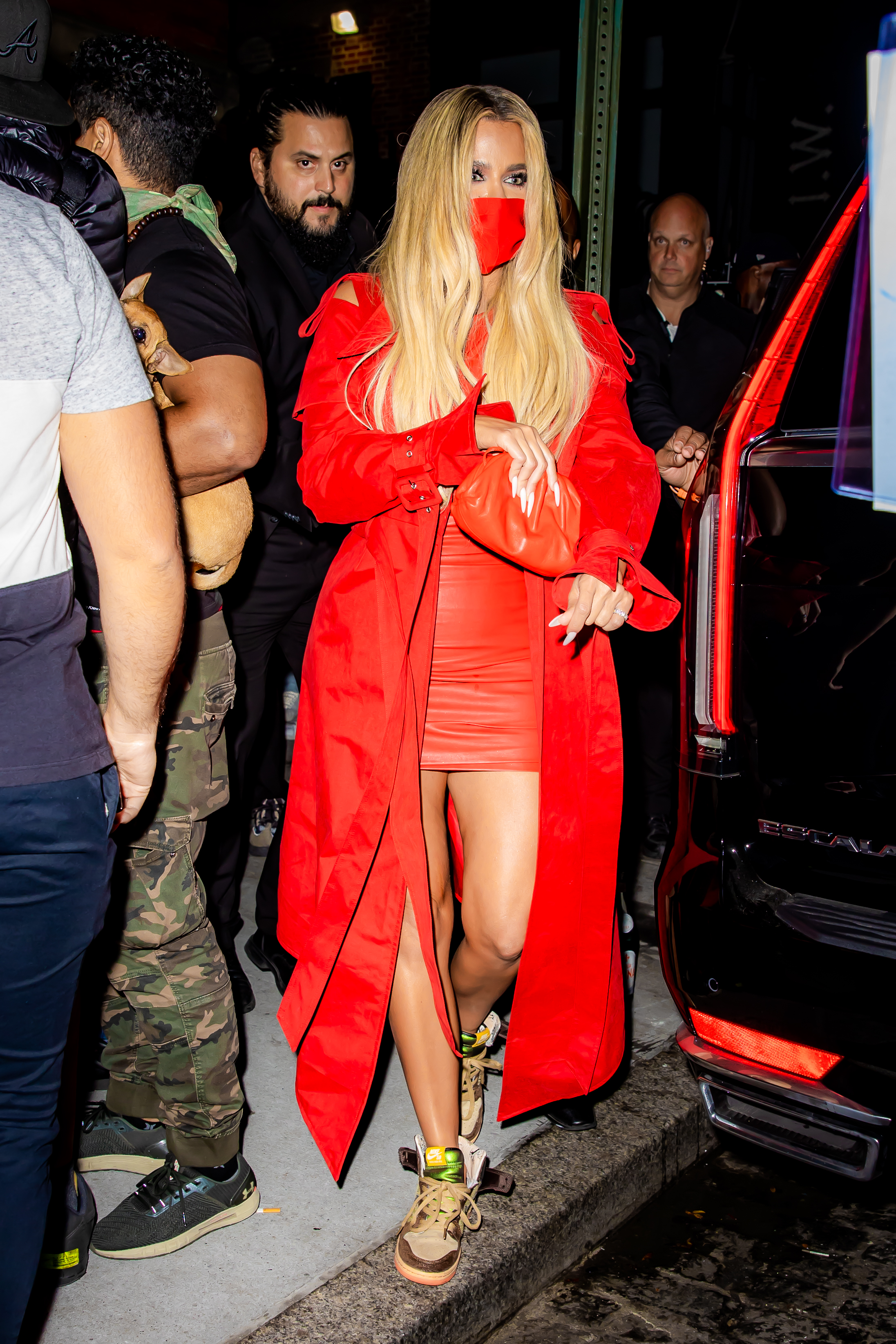 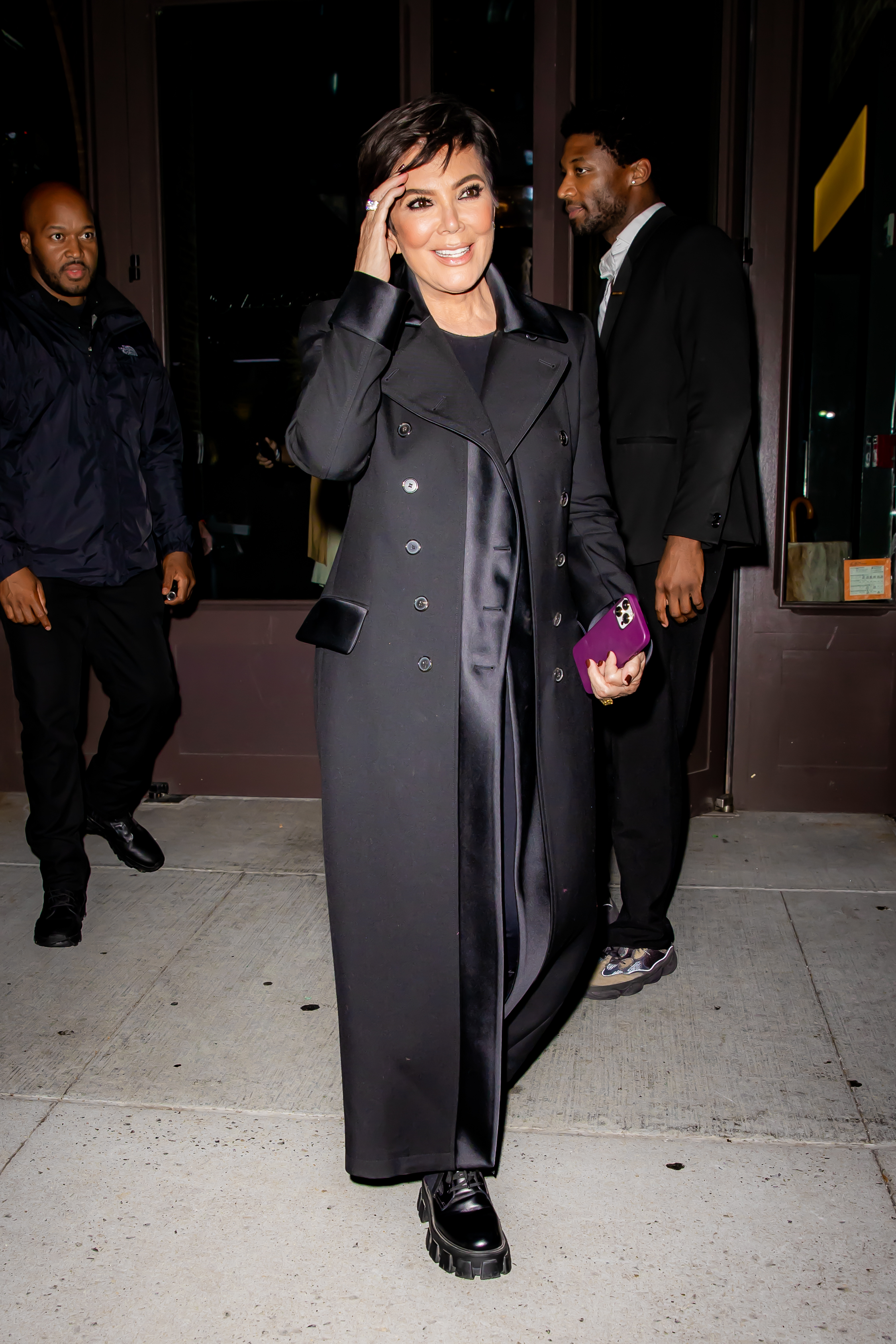 The model stunned in a hot pink jumpsuit for the afterparty – similar to the outfit she donned during her opening monologue.

She accessorized the body-hugging one piece suit with a matching oversized feathered coat.

Kim's family also celebrated with the star after the show, including her mother Kris, 65, and sister Khloe, 37.

The two were photographed linking arms with Corey Gamble and Scott Disick as they made their way into the festivities.

Kris and Corey matched in all-back ensembles, while Khloe stood out in red, pairing a skin-tight mini dress with a long jacket and heels.

Scott sported camo pants, a black long-sleeve shirt and a North Face vest for the evening.

Earlier in the night, Khloe and Kylie, 24, showed their support for their older sister, while tuning into the show.

Kylie filmed Kim in the middle of a monologue on her TV screen in a video she captioned: "Yess!!!"

Khloe followed suit, sharing a video of Kim opening the show on her own screen.

The Good American founder whooped and cheered as Kim started her skit, screaming at the TV: "Wooooo! My queen!"

Kim shocked fans with her openness on the show, taking digs at her famous family throughout the episode.

In her monologue, Kim slammed Kanye's presidential run, saying: "I know we are divided as a country but I would love America to come together.

"That's why I am running for… just kidding guys, I'm not running for president. We can't have 3 failed musicians in the family.

"I married the best rapper of all time. Not to mention the richest Black person in America.

"We also have four amazing kids, which is why when I divorced him, it came to just one thing, his personality."

She also took aim at her sisters, quipping: "I'm much more than that reference photo my sister show their plastic surgeon."

According to an insider, Kim was a pleasant addition to the night's cast revealing that Kim was seriously punctual with rehearsals for the NBC variety show all week and wasn't a "diva" at all.

"Kim has showed up early every day, with only a few people with her," they dished.

"No entourage, and no drama. The cast is obsessed with her. They expected a diva and did not get that at all."

Production sources close to SNL revealed call times for the crew have reportedly been at five in the morning since Monday.

The Keeping Up With The Kardashians star shot scenes for a grueling 22 hours straight on Friday before her big debut on Saturday night.

After a round of Krispy Kreme donuts, she filmed herself pouting at the camera in a brief clip at 2.22am, writing: "Stillllll on set."

The E! star called it a day at 3.16am, marking the moment with a photo of her black boots.

"I'm so impressed the SNL cast and crew do this weekly! Much respect."

Kim has also been reportedly getting advice from professional comedians, such as Ellen Degeneres, 63, Amy Schumer, 40, and Dave Chapelle, 48.

She has been working on delivering her funny lines, her comedic timing, and her opening monologue.

A source close to the star previously gave The Sun the inside scoop on what to expect for Kim's debut on the legendary comedic series.

According to the insider, the Saturday Night Live writers are “impressed” with how much she is “willing to poke fun of herself.”

“They weren't sure how controlling she'd be when it came to the jokes about her personal life. But when it comes to her personally, she told them not to hold back.

“She has heard everything about herself already so she's not sensitive to any of that,” the source said.

However, the informant alleged Kim “did give restrictions” when it came to writing about her ex-husband stating that everything had to be run by him first.

Kim also banned any jokes aimed towards her sister Khloe and any quips about her alleged social media photoshopping.

“She also told them to lay off anything involving Khloe's body or her boyfriend's cheating scandals but basically everything else is fair game,” the source concluded. 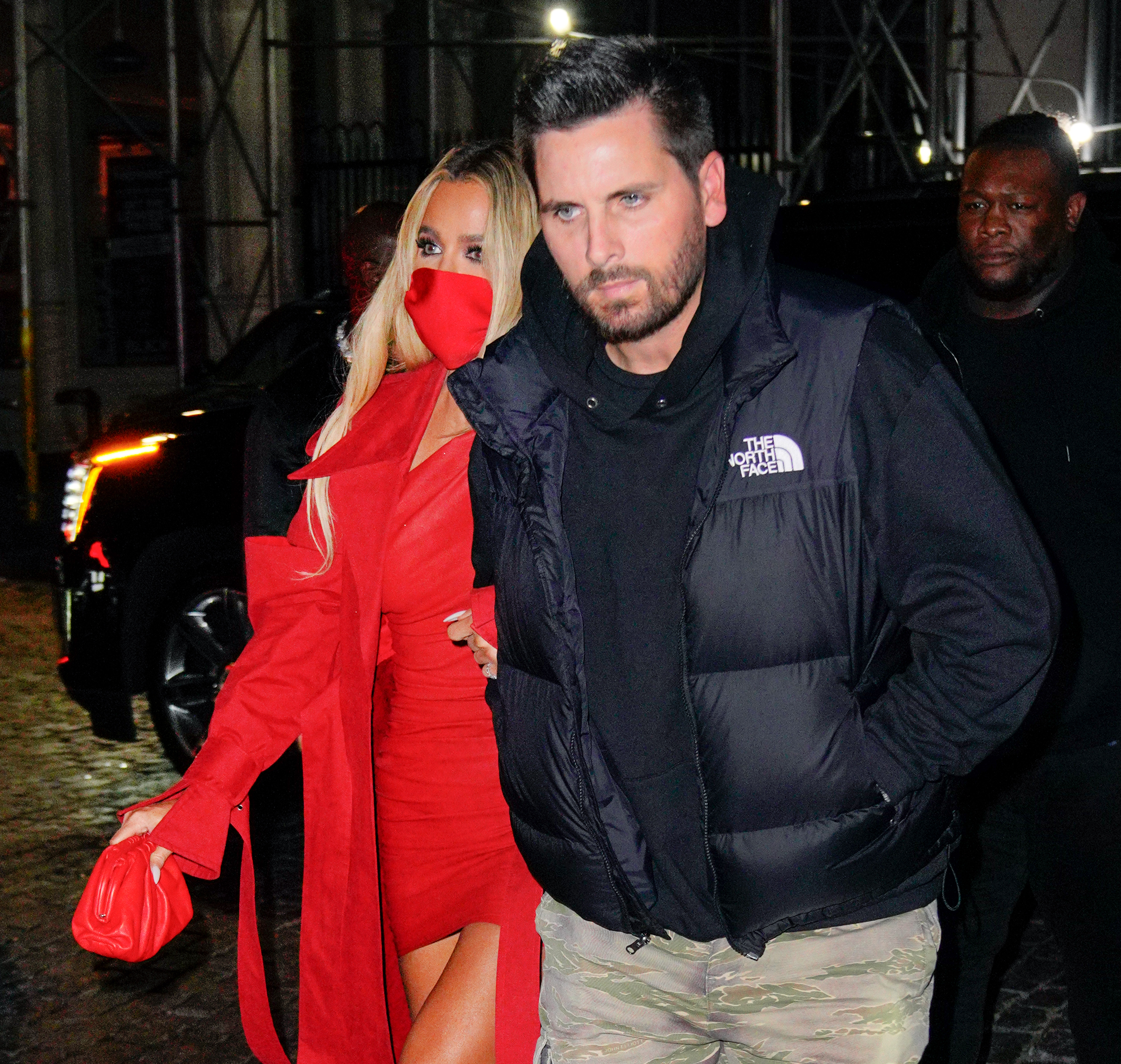 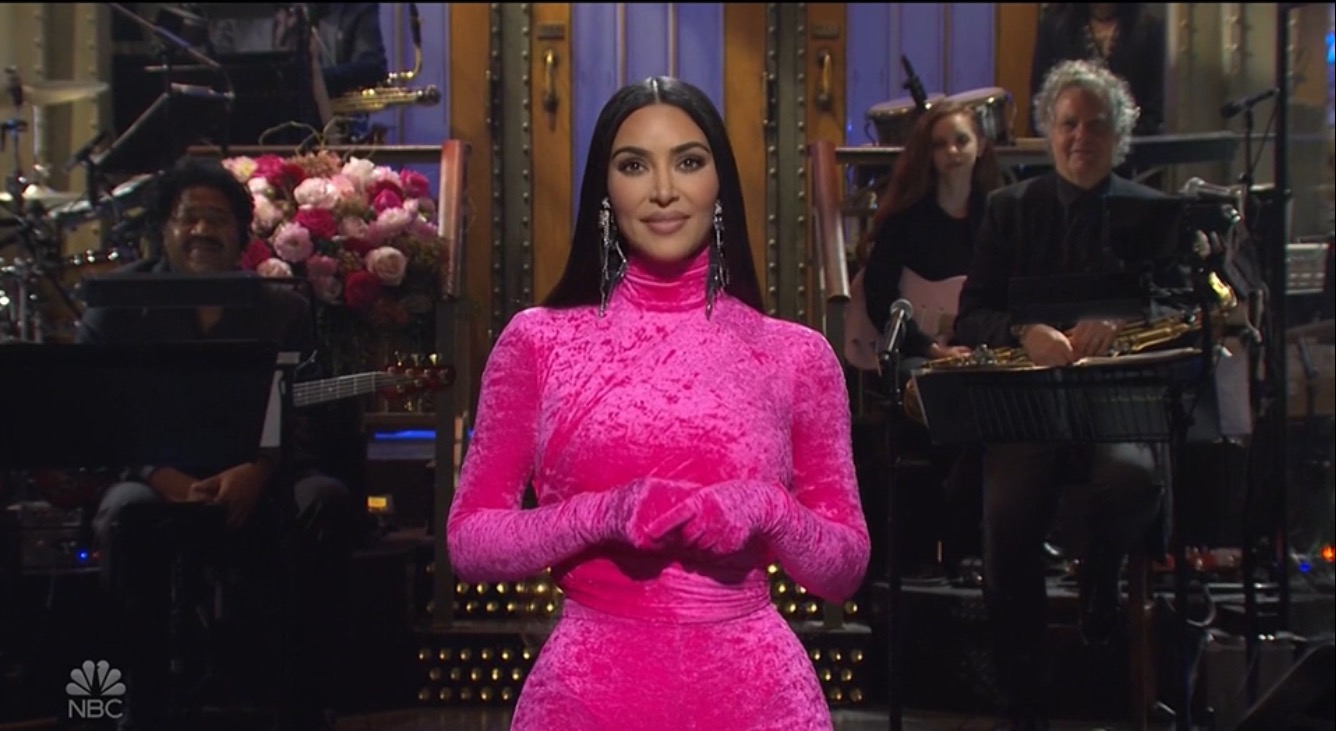 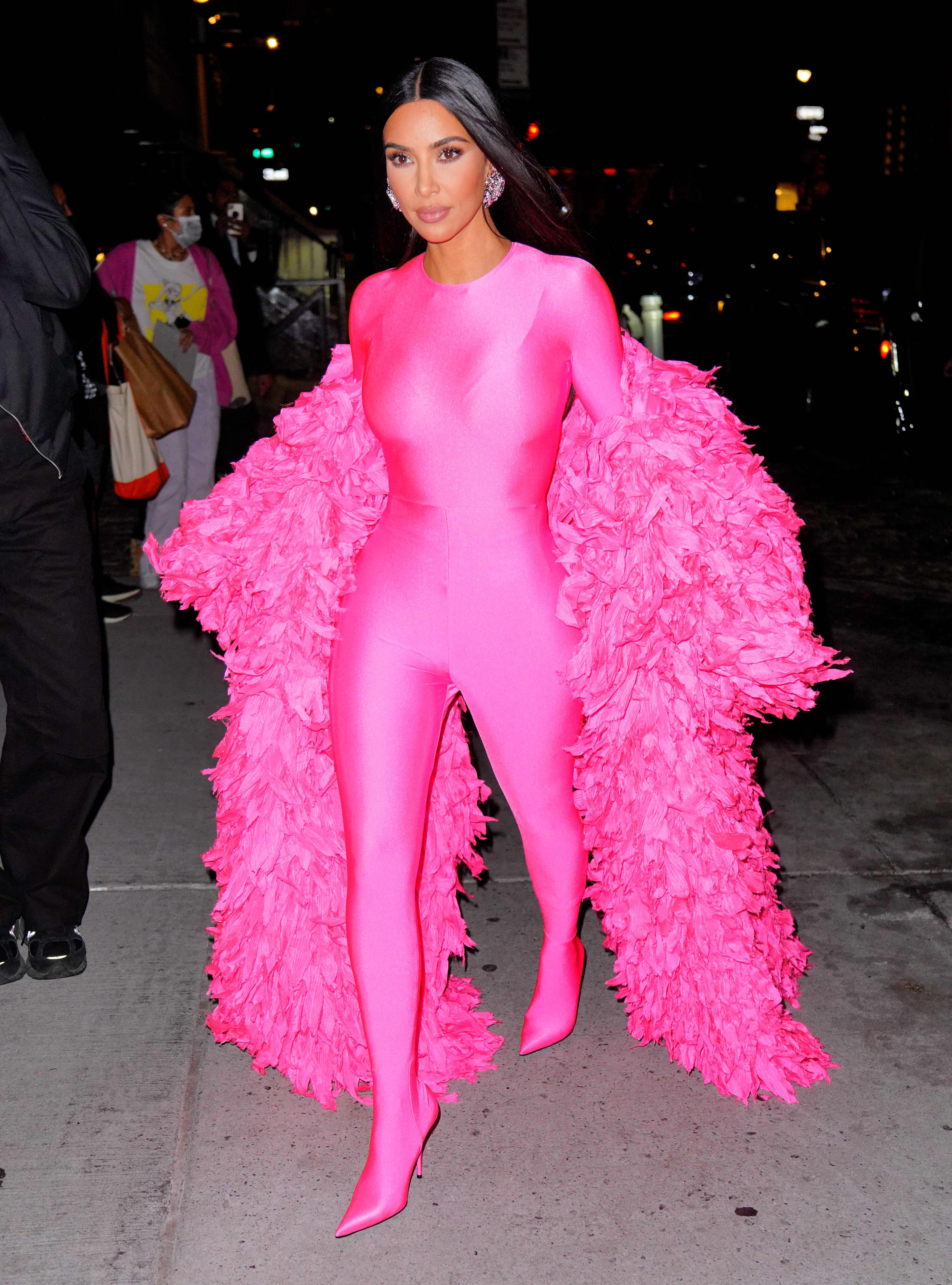