KIM Kardashian and Kanye West covered their her ENTIRE FACES with matching leather masks as the reality star arrived solo at the Met Gala.

Despite matching with his ex-wife, the 44-year-old rapper is not attending the event. 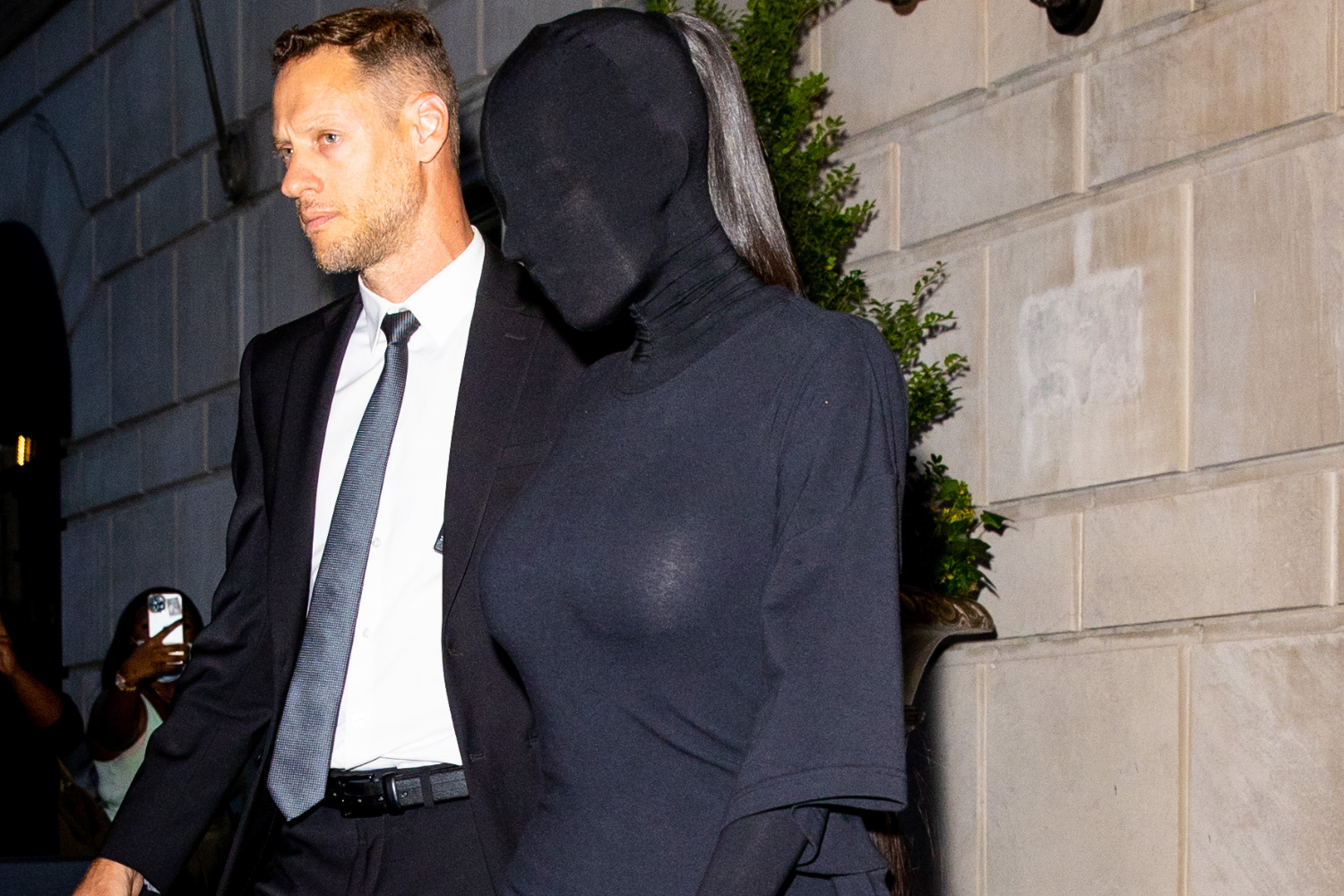 Despite keeping her face covered, Kim turned heads when she hit the red carpet in a custom outfit designed by Balenciaga's creative director Demna Gvasalia.

The bold look includes a black curve T-shirt under a T-shirt dress, while she also sported an incorporated bodysuit.

The Keeping Up With the Kardashians star completed the ensemble with jersey boots Pantaleggings, jersey gloves and a mask that hid her entire face.

As the 40-year-old attended the event alone, Kanye also stepped out in a similar look despite not going to the bash.

Before hitting the red carpet, fans got a glimpse of Kim's look as she left her hotel in New York City to head to the event.

Shortly after revealing her outfit, fans rushed to Twitter to slam Kim for the look.

One person wrote: "I am gagging at Kim Kardashian’s MET Gala look."

Another chimed in: "Kim kardashian’s fit to the met gala … was a choice."

A third fan added: "I can’t believe Kim kardashian is wearing that to the met gala."

Kim attended the prestigious event after her sister Khloe Kardashian, 37, was allegedly "banned" from the star-studded evening at the New York Metropolitan Museum of Art for not being famous enough.

Khloe, as well as her sister Kourtney, were apparently not been invited to the bash.

Their other family members- including mom Kris Jenner- have appeared at the event in previous years.

According to RadarOnline, Vogue's Editor in Chief Anna Wintour believes Khloe is "too C-list" for the red carpet.

Despite this, it hasn't stopped the mother of one from showing her support for her siblings at past Met Galas.

Back during the 2019 Met Gala, Khloe tweeted: "I seriously cannot get over how incredible my sisters look tonight! I'm dreaming of them!"

It came as Kim took to the red carpet in a see-through gown alongside ex-husband Kanye West.

She was closely followed by Kendall, 25, and Kylie, 24, who wore matching feathered gowns, and mom Kris, 65, in a long navy jumpsuit.

Kylie recently announced recently she and rapper, Travis Scott, 30, are due to welcome their second child next year.

But rather than hit the red carpet alongside him a the VMAs, the Keeping Up With The Kardashians alum supported her on-again, off-again boyfriend from home.

She joined big sister Kim in watching the show from home as they and their friends crowded around to cheer at the television.

Disney+ marks Star Wars Day with launch of new series The Bad Batch – but will it top The Mandalorian?