ONLY six weeks after the release of the best and most underrated film of the year so far, The Last Duel, director Ridley Scott has given cinemas his second offering of 2021.

And it’s a much easier sell. While the first film was about a rape case in the 1300s (please don’t let that put you off), Sir Ridley’s second, House Of Gucci, has glitz, glamour and Gaga.

This deliciously decadent and gloriously camp contribution is based on the true story of the Gucci family.

It’s a tale most do not know about behind the scenes of a fashion name that, well, everyone knows. Patrizia Reggiani (Lady Gaga) is a working-class girl, making enough money to go to discos by manning the reception at her dad’s haulage firm.

It’s at one of those discos that she meets the geeky and shy Maurizio Gucci (Adam Driver), a law student with no great interest in the family business.

The pair have a fast and intense romance, driven mostly by Patrizia who has her foot firmly on the pedal. They marry against the will of Maurizio’s father (Jeremy Irons) who suspects Patrizia is a gold digger.

While Maurizio couldn’t be happier with this arrangement — he has since found joy working for the haulage firm — Patrizia realises that to slip into some Gucci, she must charm the rest of the family.

They include Maurizio’s deadbeat cousin and wanna­be designer Paolo (a heavily latexed Jared Leto), and his father Aldo (Al Pacino).

But while Patrizia is ensuring her husband can take control of the company — all done in a sassy and slightly silly way — Maurizio is having his head turned by a former flame, Paola Franchi (Camille Cottin). This has tragic consequences for Maurizio and, ultimately, threatens the entire Gucci family and empire.

While there are plenty of holes in this Italian soap opera and the pace of its whopping two hours 38 minutes craves a sleeker director’s cut — especially in the last ten minutes — Gaga keeps you enthralled.

You cannot take your eyes off her in this completely unselfconscious performance, which ranges from remarkable to riotously ridiculous.

While the fabric might not always be top-quality, the creativity of this colourful and crazy film makes it designer chic.

While Elf and The Muppet Christmas Carol can compare to The Pogues’ Fairytale Of New York, A Boy Called Christ­mas sadly sits in the bargain bin along with Dennis Waterman and George Cole’s What Are We Gonna Get ’Er Indoors. 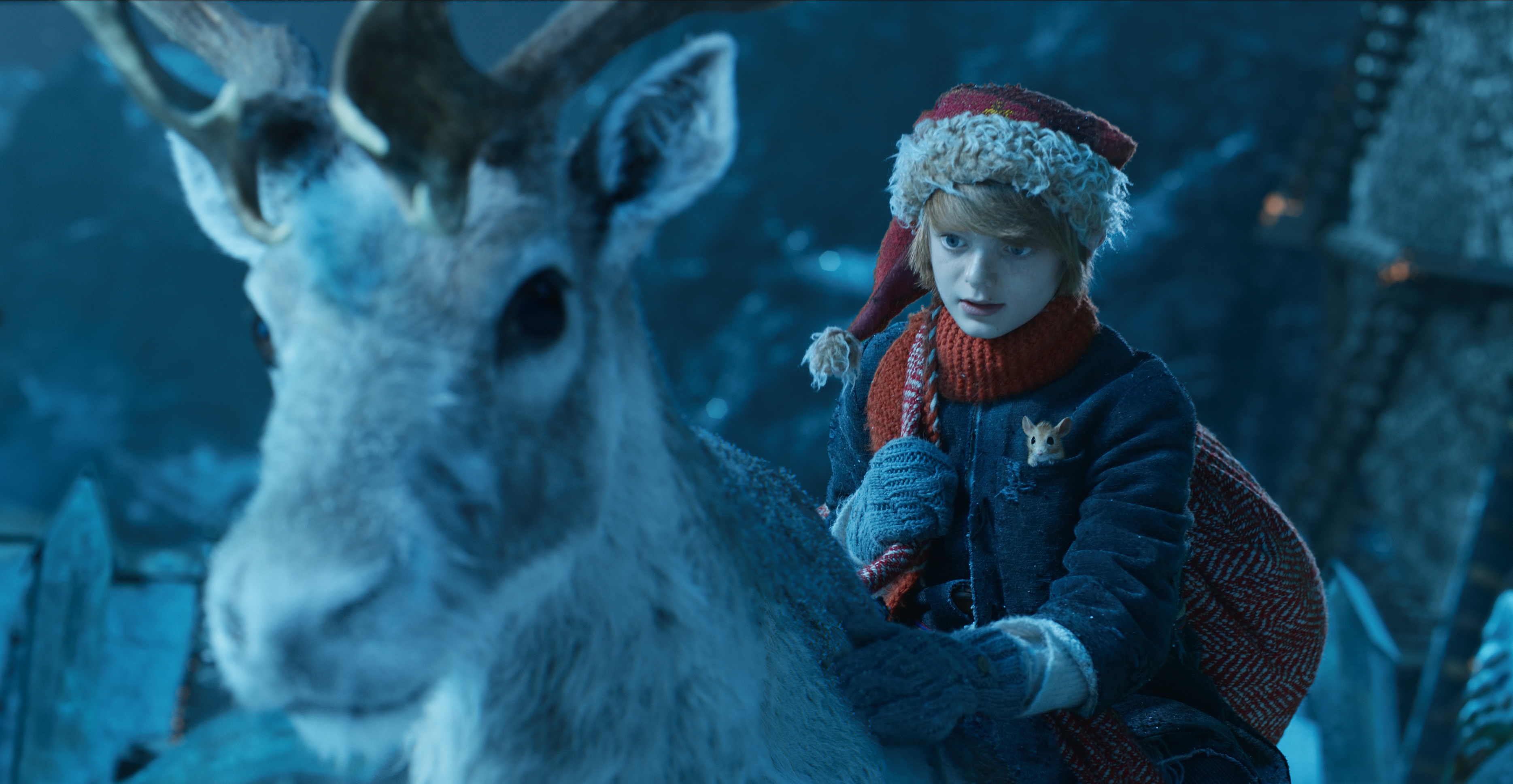 It is a story within a story as elderly great-aunt Ruth (Maggie Smith) tells her three nieces and nephews – who have recently lost their mother – a bedtime story of an ordinary boy called Nikolas (Henry Lawfull) whose mum is also dead.

His father is summoned by the King (Jim Broadbent) to go out into the wild and find hope for the nation. So he does, leaving Nikolas with his abusive Aunt Carlotta (a criminally underused Kristen Wiig).

Nikolas decides he and his pals – talking mouse friend Miika (Stephen Merchant) and boisterous reindeer Blitzen – need to help his father. The motley crew go out into the wild and windy north to find the mysterious village of elves, Elfheim.

While trying to be a mixture of Narnia and Hook, this film is far too confused, and nowhere near magical or cosy enough to make it a Christmas miracle movie.

But this is a family film so it’s not about the illegal substance long associated with the South American country. 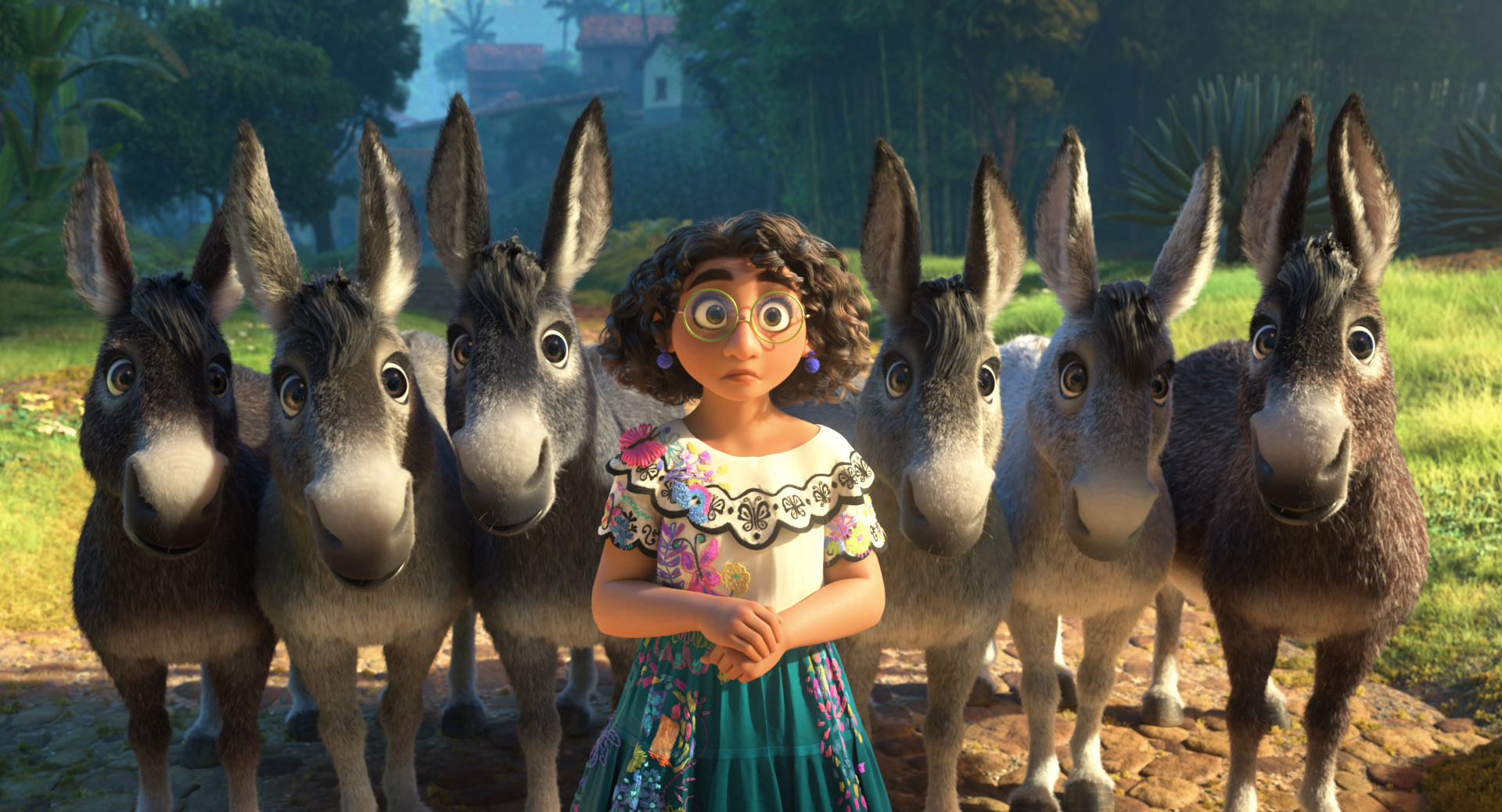 Instead the story revolves around a magical candle that lends a series of gifts to the Madrigal family who live in a village protected from outsiders by the mountains.

All the children and grandchildren of widow Alma are given special abilities – apart from Mirabel. This seemingly perfect family is hiding dark secrets, including Mirabel’s estranged uncle who went mad, and cracks quite literally begin to appear. Seeking the chance to prove her worth, Mirabel attempts to discover what is wrong.

The film’s central themes – the power of love and importance of valuing everyone – have been well explored in other Disneyland fairytales.

But it’s hard to resist the charms of this vibrant world, with its colourful characters.

Every line in every song is whip-smart and each tune seems better than the previous one. The Obelix-like Luisa should move everyone with her track Surface Pressure about the “drip, drip, drip” of expectation.

This visual treat is getting the cinematic release it richly deserves.