Meet the Waverider’s newest recruit: Legends of Tomorrow has cast Lisseth Chavez (Chicago P.D.) in the series-regular role of alien expert Esperanza “Spooner” Cruz, TVLine has learned. As suggested by the news, Chavez will not return to NBC’s cop drama P.D. for Season 8. 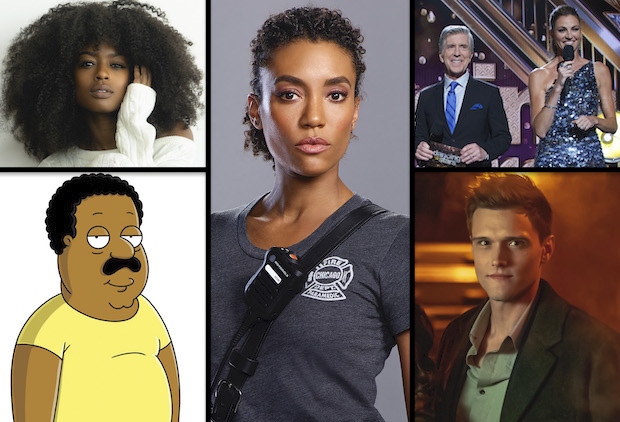 Spooner joins the time ship crew in Season 6, which finds co-captains Sara Lance and Ava Sharpe and their teaming “hunting down extraterrestrials who have been displaced throughout history,” per the official synopsis. “After Sara is abducted by a ruthless alien, this new mission becomes personal. It will take more than the combined powers of the Legends to save the world for a sixth time.” Enter Spooner, “a woman uniquely qualified to help the team defeat their intergalactic foes. Either that or she’s just crazy…”

The “tough and self-sufficient” Spooner “lives off the grid, devising ingenious tech for the detection of — and defense against — space aliens,” reads the character description. “And while some might call her paranoid, she calls it being prepared. A survivor of a childhood alien encounter, Spooner now believes she has the ability to communicate telepathically with aliens.”

And though Spooner may be a resource for the Legends, she won’t necessarily be buds with them. “She is not going to be the lovable loser that we normally have,” executive producer Grainne Godfree shared during the show’s complete DC FanDome panel (streaming on demand through Sunday, Sept. 13 at 1 pm ET). “She’s going to be someone who is pretty tough and gives it to the other Legends, and they’re going all have to react to her, and I think it’s going to throw them off their feet a little bit.”

As previously reported, the makeup of the Waverider will, come Season 6, once again look different: Shayan Sobhian, who plays Zari’s younger brother Behrad, has been promoted to series regular, while Richardson-Sellers, who most recently portrayed Charlie, will not be back. Additionally, TVLine has confirmed that Olivia Swann (aka Astra) will return to the show full-time.

Chavez’s previous TV credits include her role as officer Vanessa Rojas on Chicago P.D., as well as stints on The Fosters, The OA, Station 19 and Murder in the First. The actress is the latest in a string of stars to appear in both the #OneChicago and Arrowverse franchises: Colin Donnell (Arrow‘s Tommy Merlyn/Med‘s Connor Rhodes), Josh Segarra (Arrow‘s Adrian Chase/P.D.‘s Justin Voight), Charlie Barnett (Arrow‘s John Diggle Jr./Fire‘s Peter Mills), Annie Ilonzeh (Laurel’s pal Joanna in Arrow Season 1/Fire‘s Emily Foster) and Cynthia Addai Robinson (Arrow‘s Amanda Waller/Med‘s Vicki Glass) are among the others.

Legends of Tomorrow Season 6 is slated to debut midseason next year on The CW.

Here's Where 'Orange Is the New Black' Got Its Name