The actor's girlfriend, Camila Morrone, was just seven months old when the film was released in 1998. 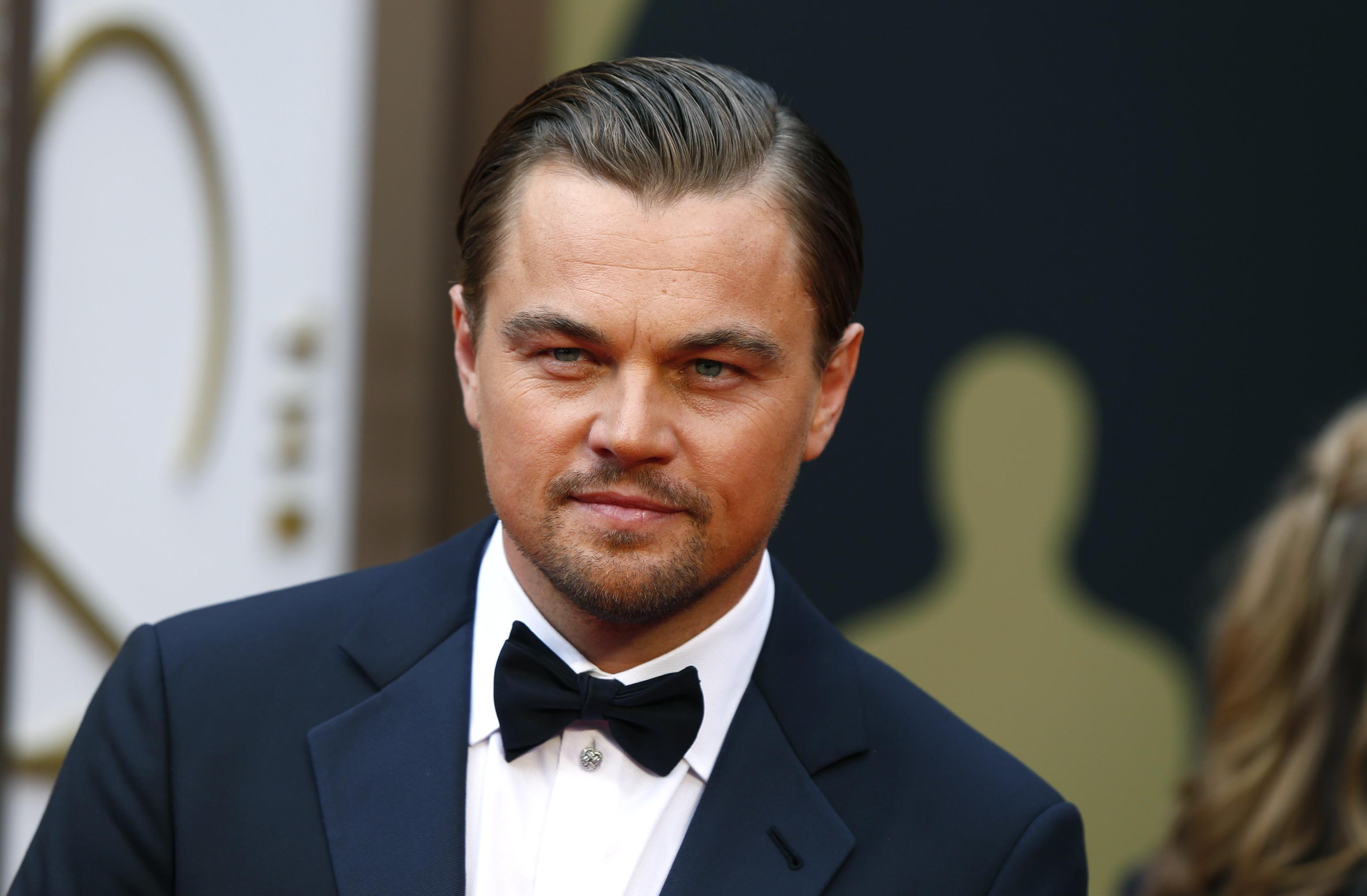 The pair, who have been dating for over a year, have been inseparable since meeting through friends.

But Leo's fans have been quick to point out the large age gap between the 44-year-old hunk and his 21-year-old model girlfriend, who is Al Pacino's step-daughter.

From struggling with drug addiction and being charged with tax avoidance to joining Scientology and hosting the Eurovision Song Contest, we reveal what Leo's ladies did next. 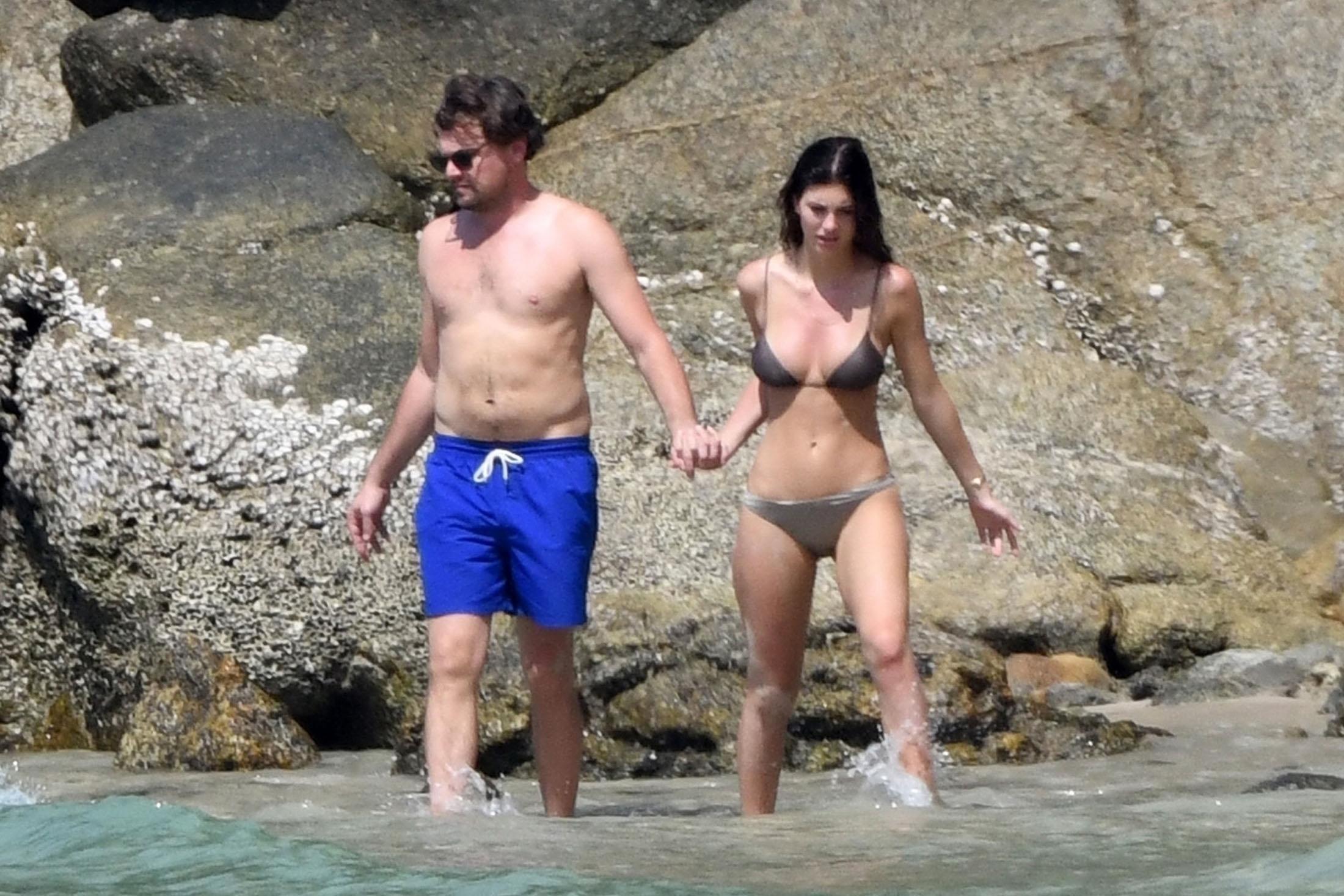 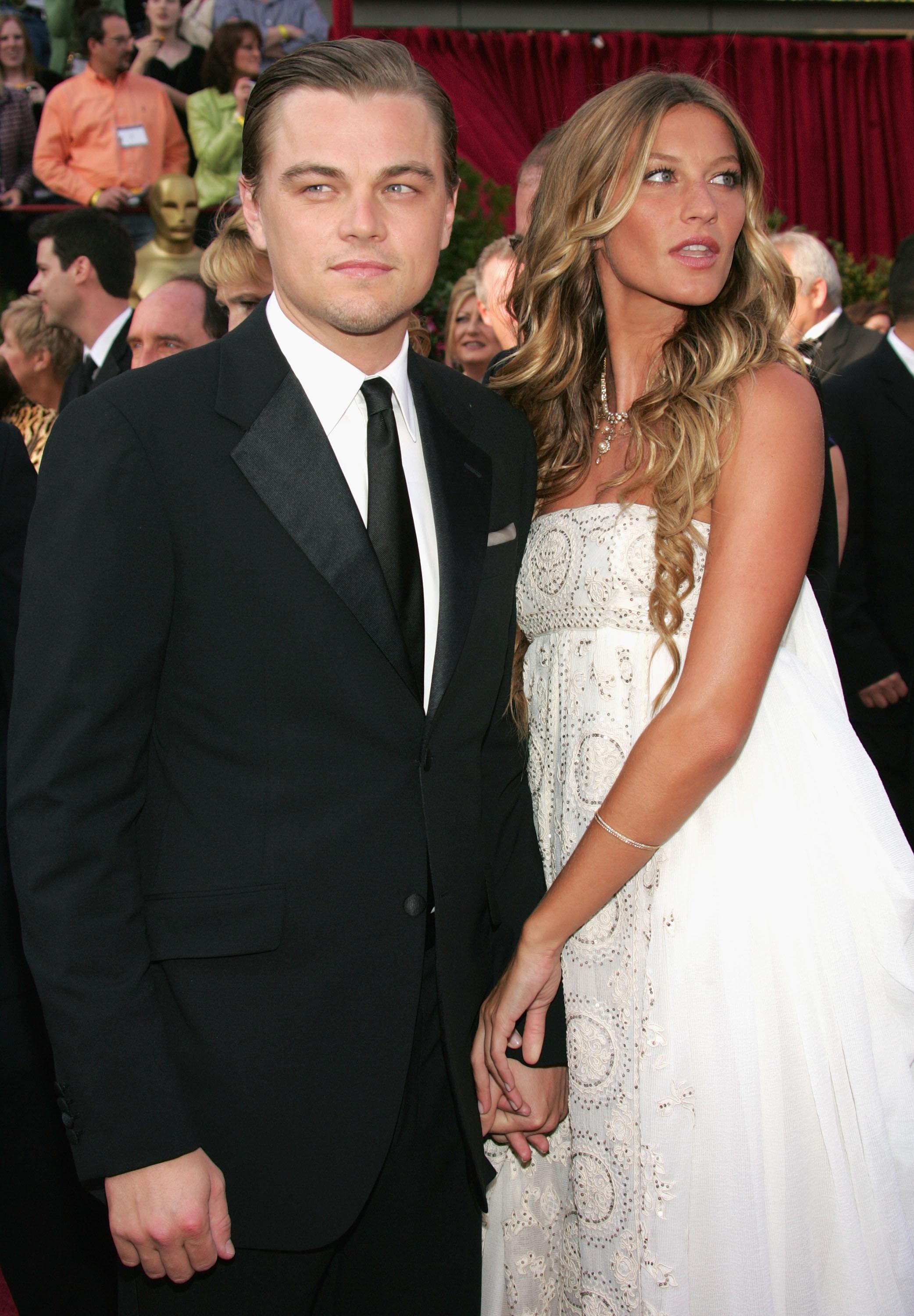 His forgotten fling with Naomi Campbell

Before breaking into the big screen with Romeo and Juliet, Leo reportedly had a brief fling with supermodel Naomi Campbell in 1995. 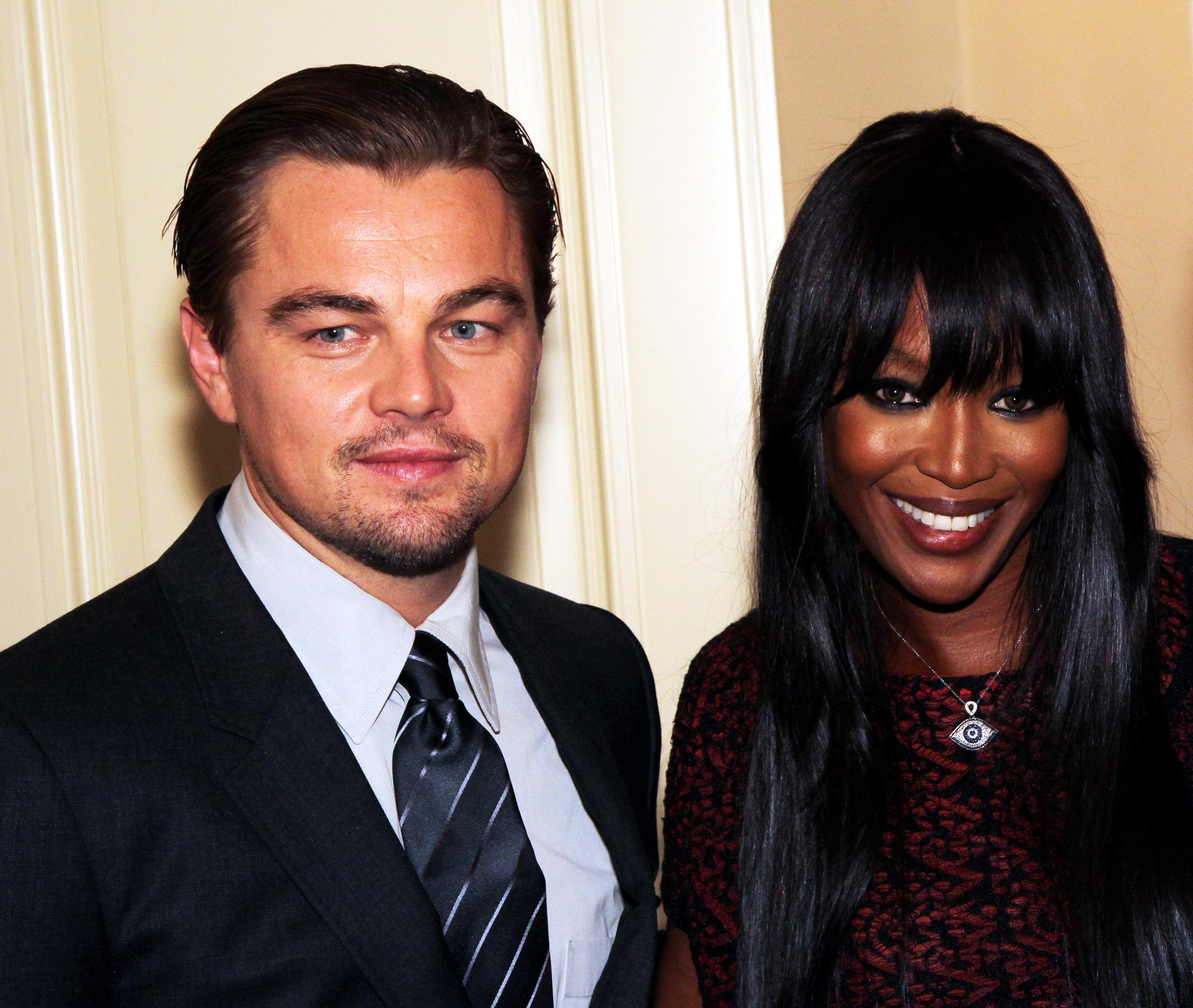 The pair are said to have only dated briefly, and remain close friends.

They are regularly spotted at parties together and Leo was seen with Naomi, who is now worth £53 million,  at Cannes following his split with Victoria's Secret model Nina Agdal in 2017. 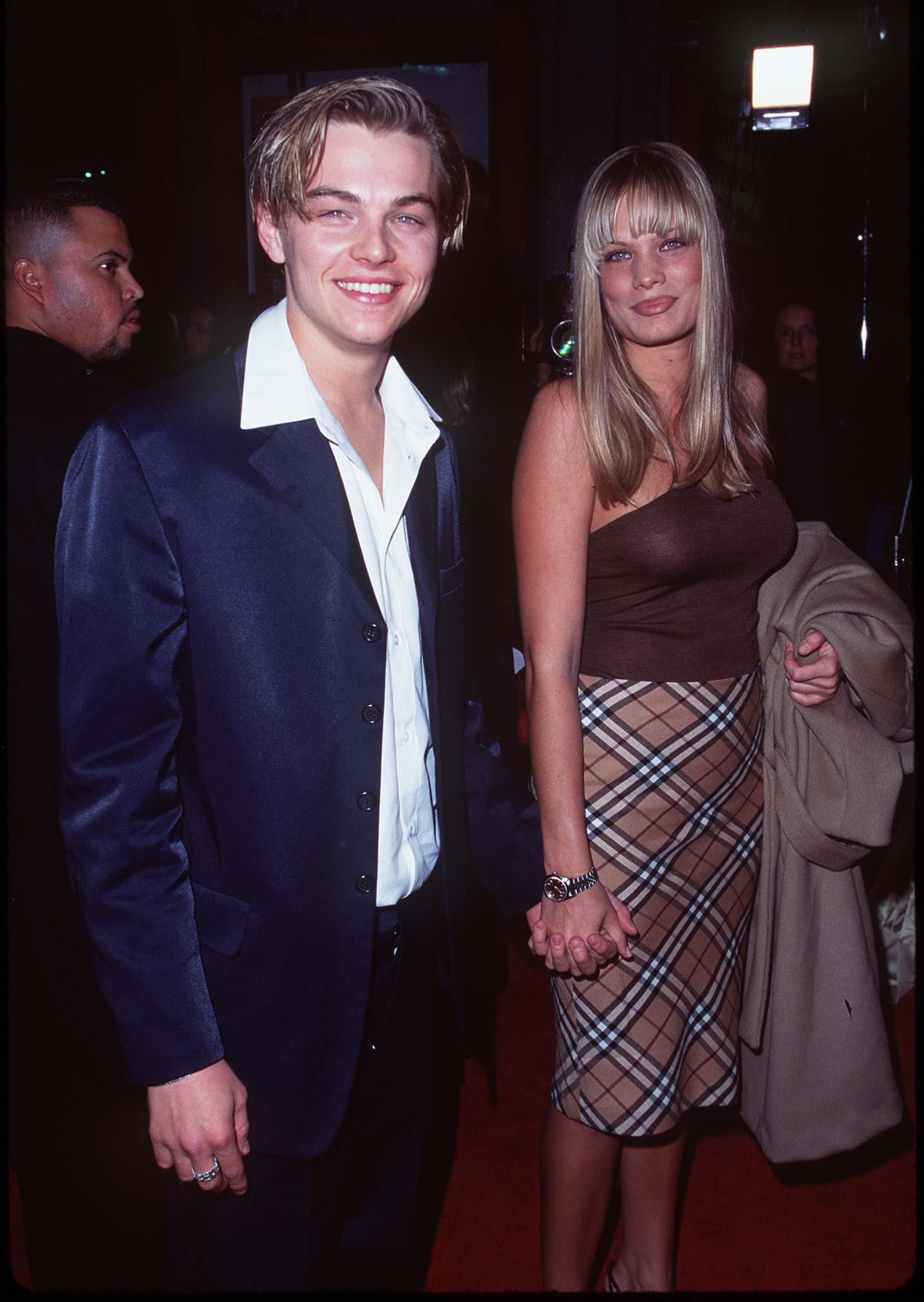 One of Leo's first high profile romances was blonde bombshell Kristen Zang – a model who dated Leo for two years between 1996-1998 and accompanied him to the premiere of Romeo and Juliet.

She had previously been engaged to Nicholas Cage. 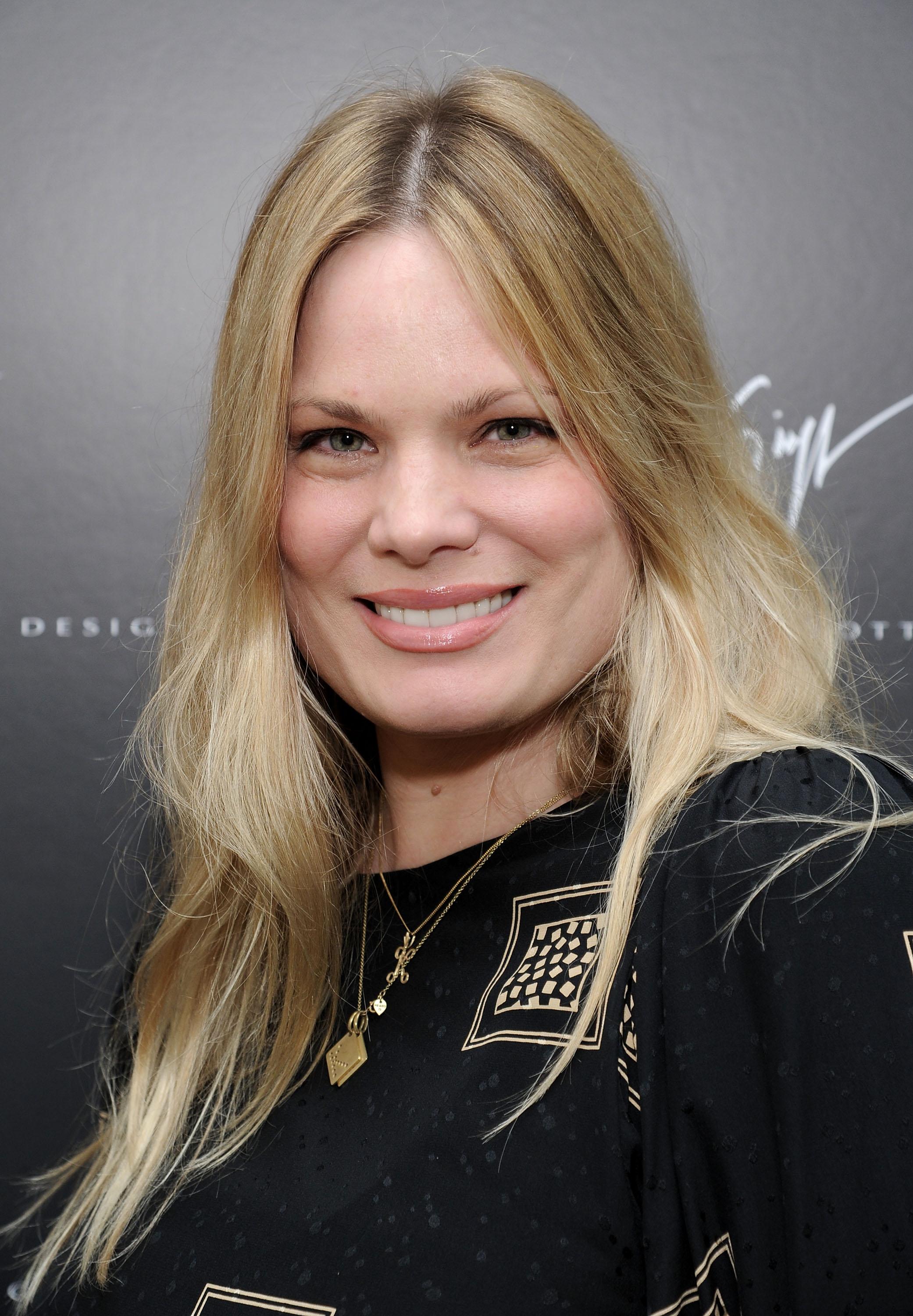 Kristen was dubbed "the love of Leo's life" at the time but she dumped him in 1998 because he was "immature" and she couldn't stand the "posse of young model hounds" that followed him around.

Kristen later starred in a handful of films – Love and Sex, Hollywood, and Opposite Day, before founding a human-grade dog food brand after rescuing her husky mix dog Emma.

Emma was rescued by Kristen as a puppy and after being diagnosed with a rare disorder that meant she would probably be put to sleep. Kristen developed an all-natural food for her and Emma lived to 17.

Before hitting the big screen for Titanic, Leo was already a popular ladies man on the party scene, and is rumoured to have enjoyed a brief fling with actress Natasha Henstridge in 1997 – before she later married Pop Idol winner Darius. 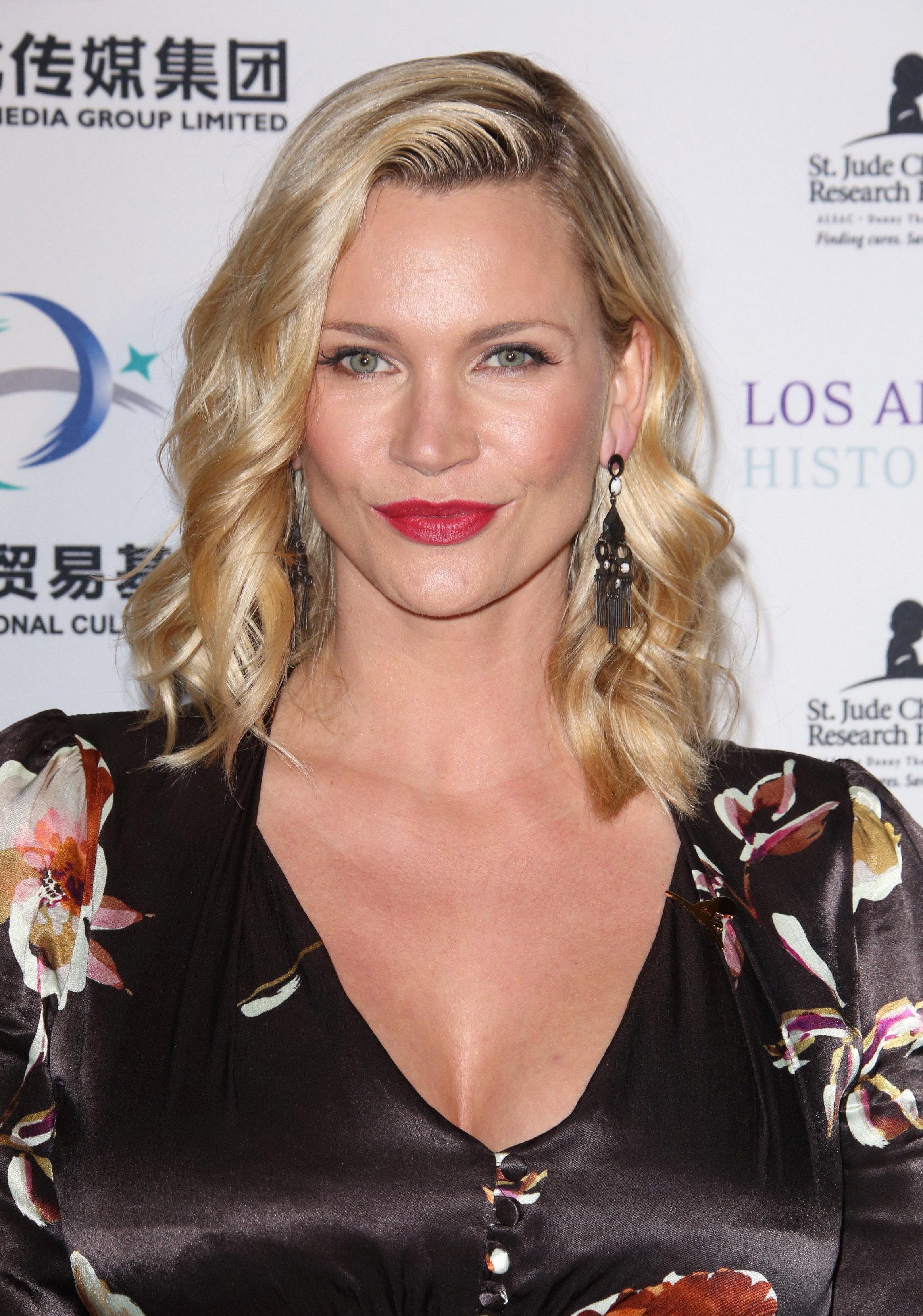 At the time, Natasha had been harbouring a huge secret.

She claimed in 2017 that she had been forced into oral sex with Brett Ratner when she was 19 – around the time she was dating Leo.

Ratner has denied her accusations, although admitted he had spent time with her.

The model was also one of the 70-plus women who has spoken out against Harvey Weinstein, as she alleged he masturbated in front of her at the Sundance Film Festival. 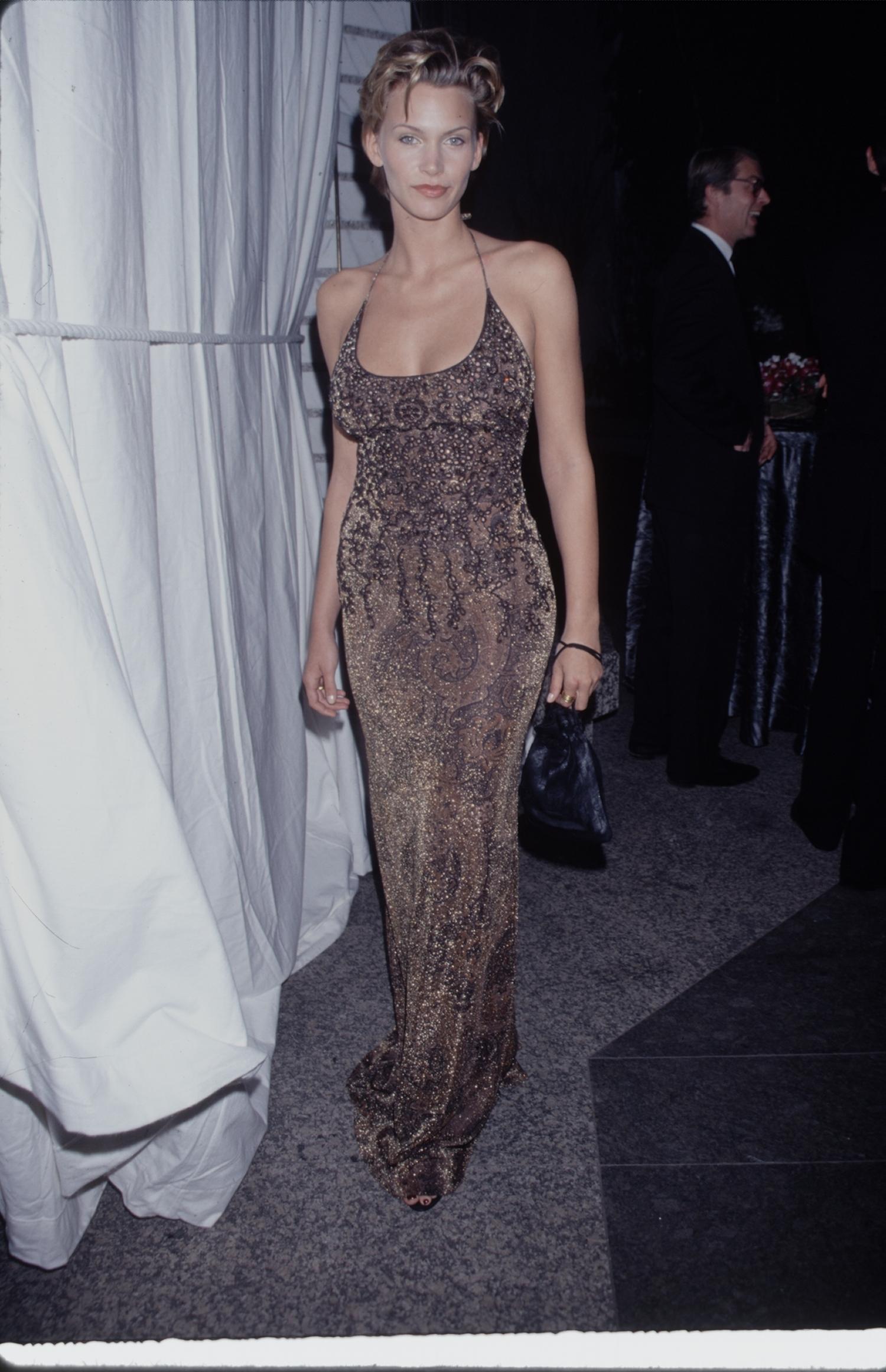 Leo himself slammed Weinstein shortly ahead of Natasha's admissions.

The actor wrote on Facebook: "I applaud the strength and courage of the women who came forward and made their voices heard."

Weinstein has denied all allegations of non-consensual sex.

The former drug addict tracked down by Leo's reps

Post-Titanic, Leo's face was plastered over the walls of nearly every teenage girl's bedroom, yet the lucky lady who caught the actor's eye in 1998 was model Amber Valetta.

American Amber, now 44, was a model at the time and appeared on a Vogue cover with Kate Moss that year.

The blonde beauty was arguably more successful than Leo, with a multi-million dollar contract with Calvin Klein under her belt.

In a dating scene before apps, Leo is reported to have asked his representatives to 'track her down' after seeing one of her modelling shoots.

The pair are said to have dated only briefly, and Amber later went on to become an actress, starring in film Hitch, The Spy Next Door and drama Revenge.

In 2014, she bravely opened up about how she had battled with cocaine and alcohol addiction in her 20s and would show up to shoots drunk and high.

After dating Leo, she had a son Auden, now 18, with Olympic Volleyball player Chip McCaw, who she divorced in 2015 after 12 years. 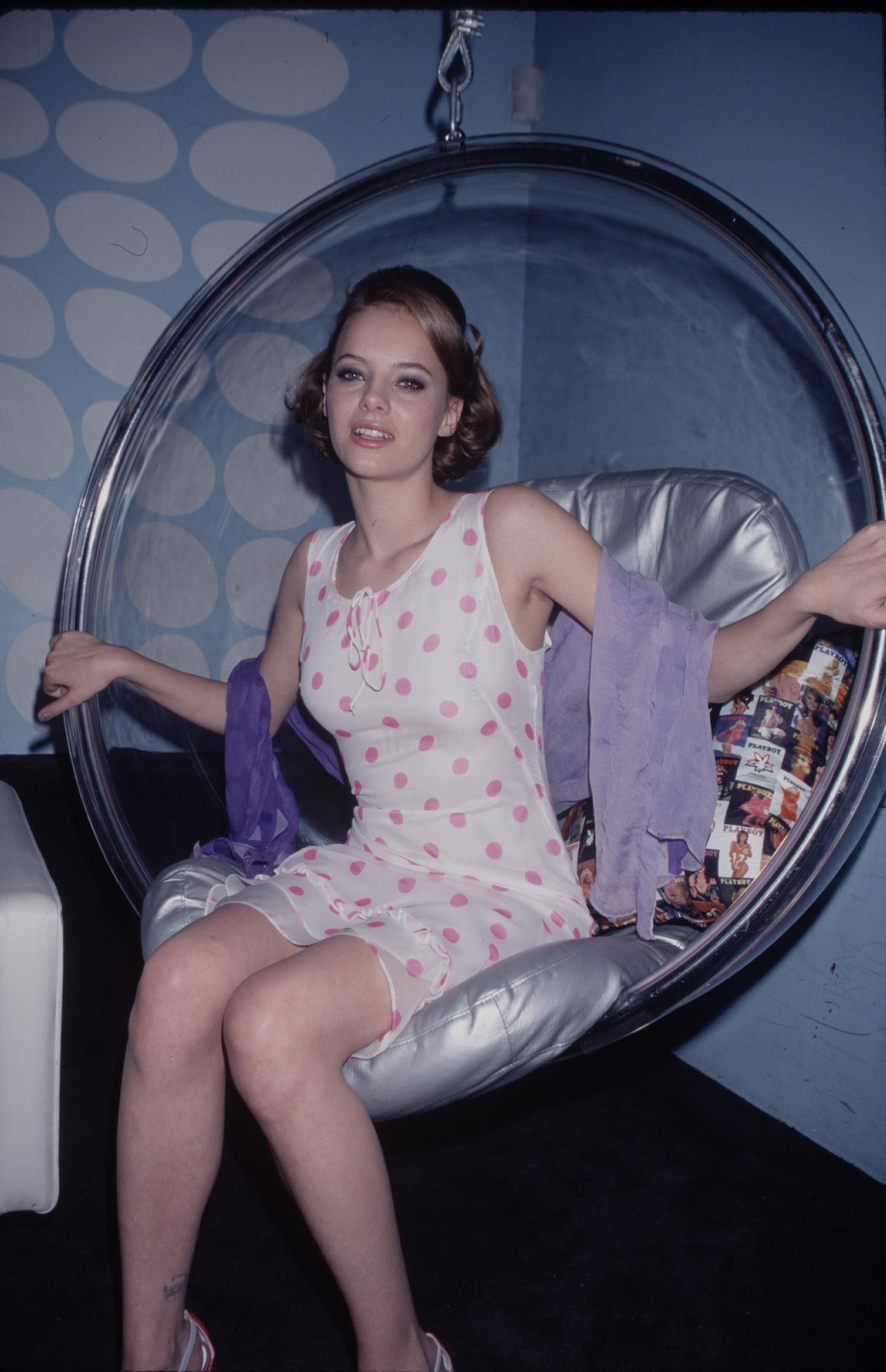 Leo also dated Bijou Phillips after splitting with Amber in 1998 –  the year of Titanic's release.

The daughter of rock band The Mamas and Papas singer John Philips, lead a hedonistic lifestyle at the time, admitting to using drugs and partying in her teens.

There were rumours of trying to snog female interviewers, slicing off a man's finger with a cigar cutter in a nightclub and dabbling in drugs from cocaine to heroin.

Leo is said to have played a pivotal role in her life by making the introductions that landed her her first film role in drama Black and White. 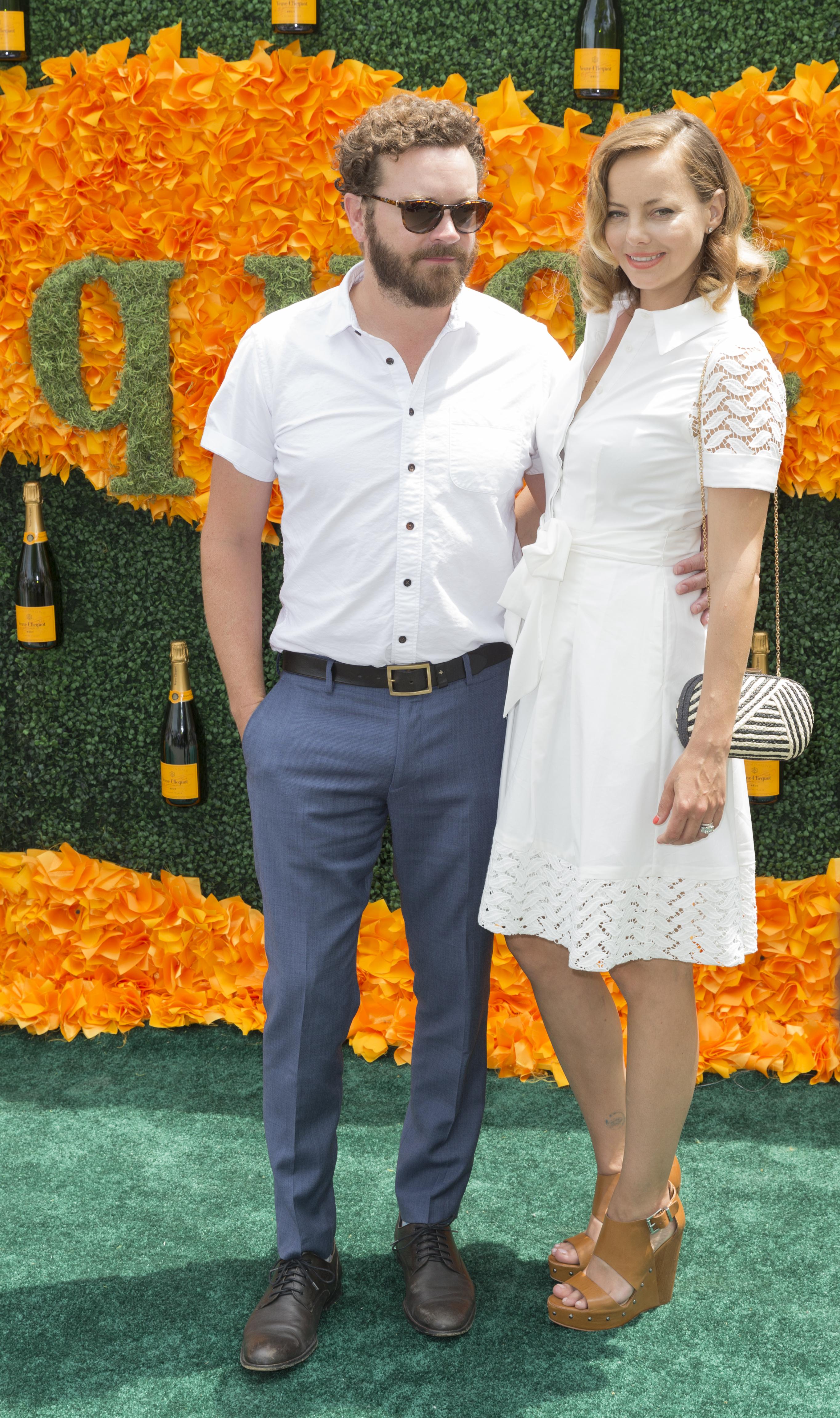 Her and Leo later split and she went out with Lord of the Rings star Elijah Wood, before marrying That 70s Show actor Danny Masterson in 2011.

The couple revealed they are Scientologists and Bijou is now a clean-living vegan after suffering from a kidney-disease for the last five years.

But the former wild child hit headlines again in 2017 when Mean Girls actor Daniel Franzese revealed how she had joked about his weight, mocked him for being gay and kicked him in the head with her bare, dirty feet when they both starred in 2001 film, Bully.

She has since apologised.

One of the world's most powerful supermodels

His six year relationship with supermodel Gisele Bundchen, from 1999 to 2005, is one of Leo's most famous to date and fans were convinced the power couple were the perfect match.

But their relationship was thought to be fraught with dramas and Gisele is reported to have been exasperated with Leo's popularity with women.

She admitted how severe panic attacks and anxiety led to her contemplating suicide at the time.

The pair split amicably in 2005 and the supermodel, who is listed in Forbes' list of the top 100 most influential women, is now married to US footballer Tom Brady and they have two children – Benjamin, nine, and Vivian, six.

The Eurovision host who dragged Leo into a £7m tax scandal

Bar was set to be one of 2019's Eurovision hosts when the song contest is held in Tel Aviv later this year, but fans have called her for her to be dropped after appearing in court on tax evasion charges earlier this month. 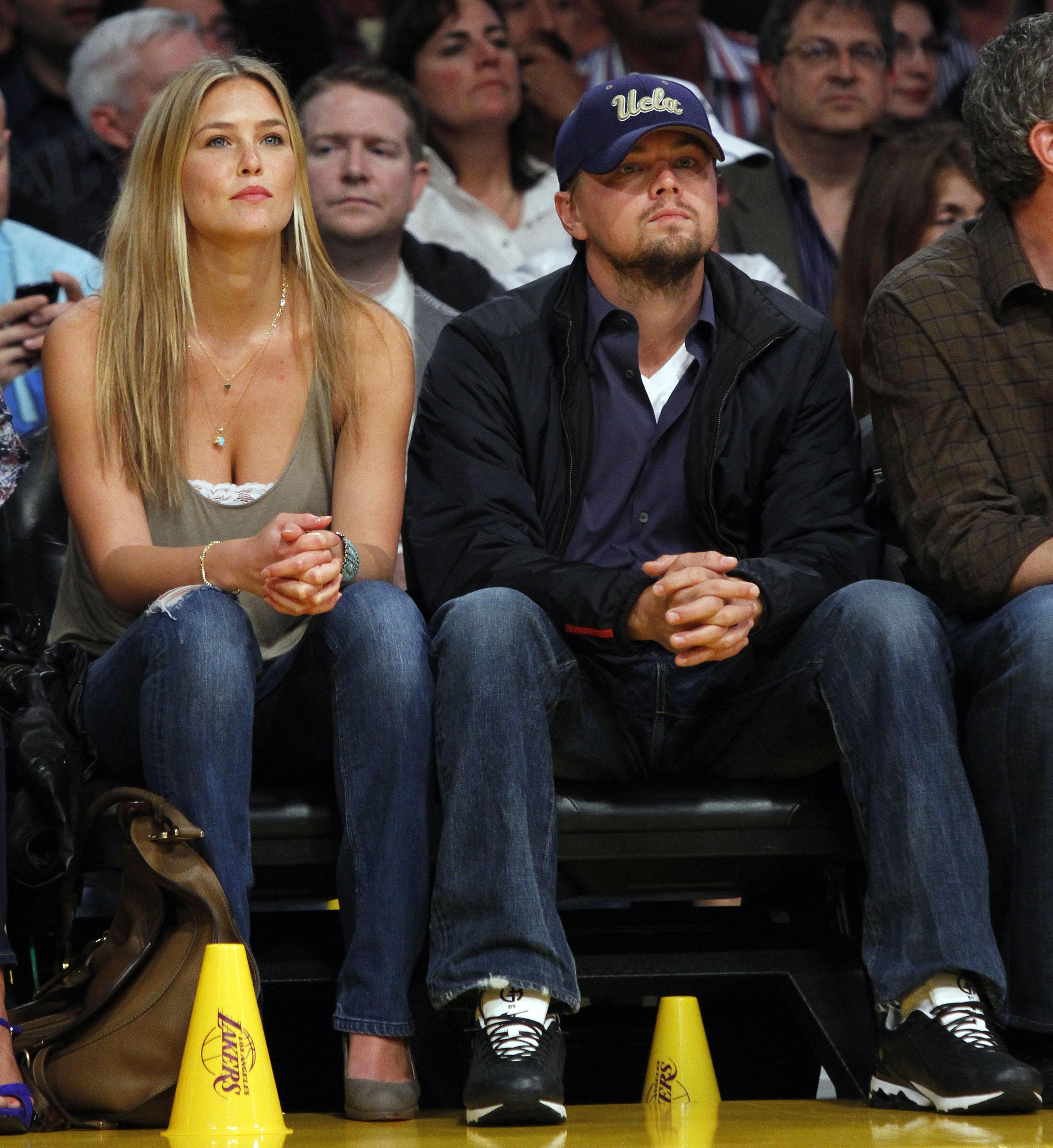 The model is accused of evading tax on £7 million by placing it into offshore accounts.

Bar claims that, due to her relationship with Leo, she had been living in the US for much of the time, where offshore banking and tax havens aren't illegal.

The One fans really wanted to work

The actor was spotted looking cosy with US actress Blake on a yacht during Cannes in 2011, and the couple shared a trip to Disneyland together. 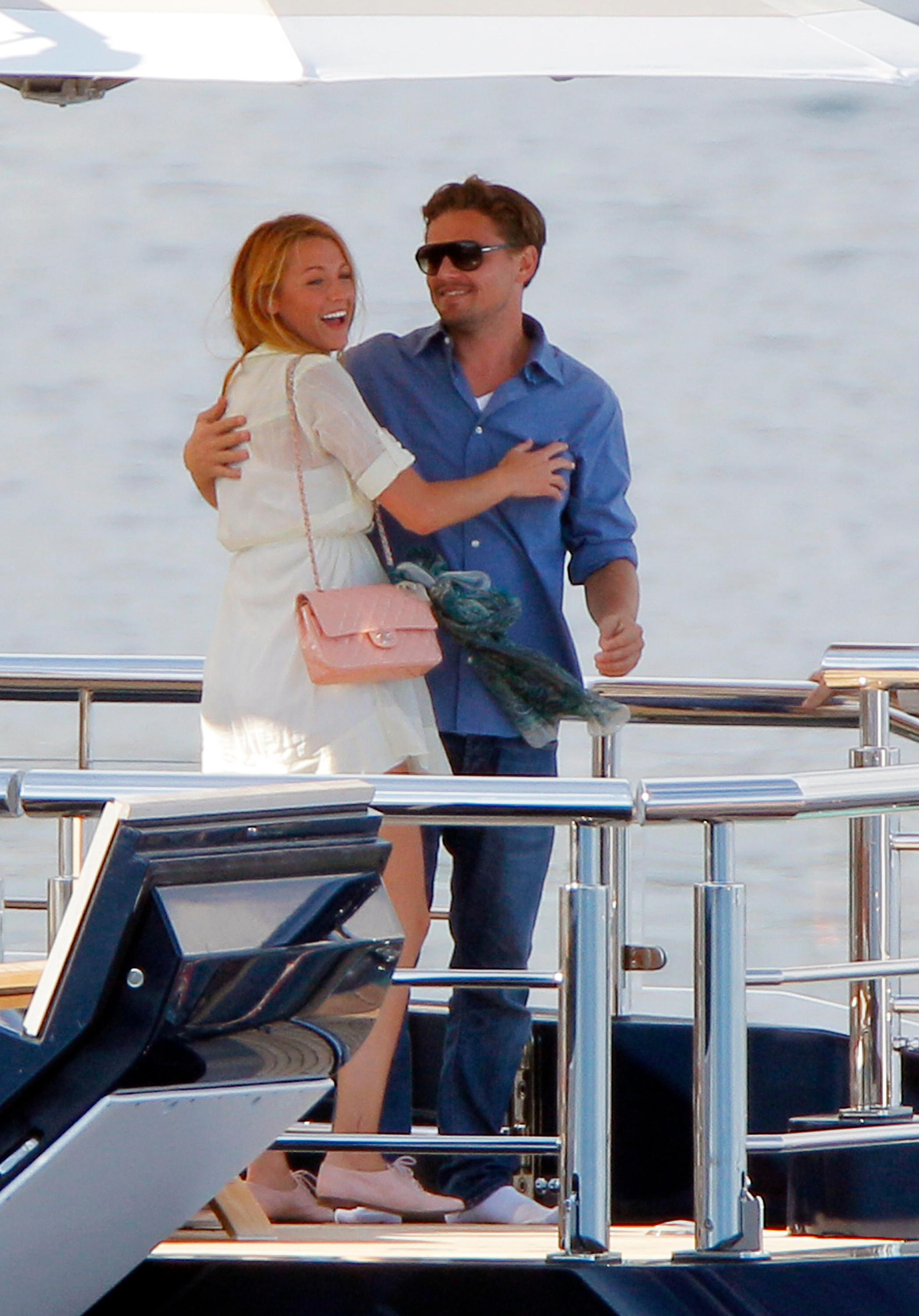 A source confirmed the couple had split in October 2011 and later that month, pictures emerged of her hanging out with now husband Ryan Reynolds. They were married a year later and have two daughters.

Didn’t see ya there

Unable to resist a Victoria's Secret model, the actor is thought to have dated 11 of the world's most stunning catwalk queens.

As well as dating Bar and Gisele, Leo has recently dated Erin Heatheton, Toni Garrn and Nina Agdal. The girls are still on the catwalk today, and Toni Garrn has opened a foundation for the education of girls in Africa.

He also enjoyed a fling with supermodel and VS model, Helena Christensen in 1997 and Eva Herzigova in 1998. 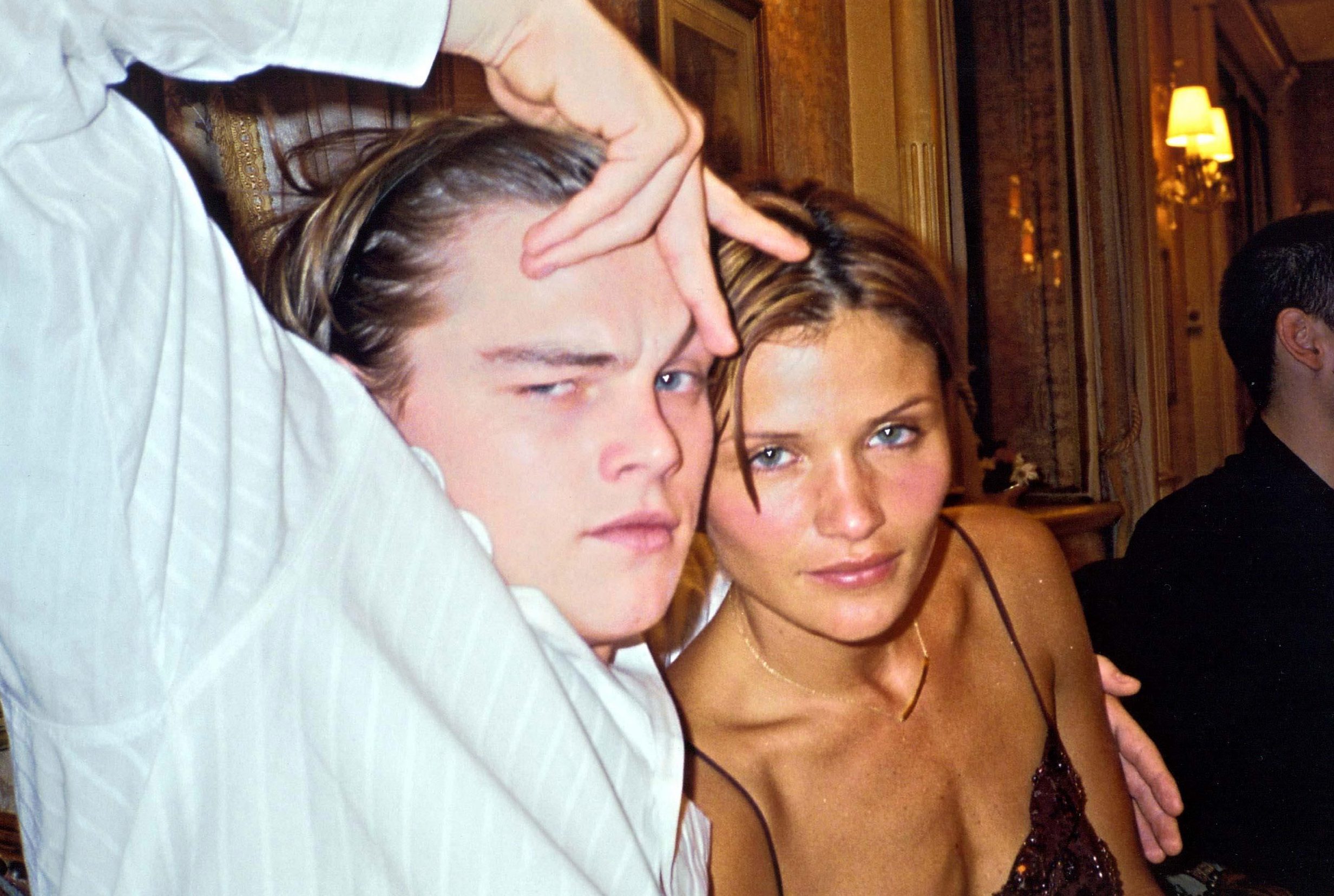 ? He knows if you've been bad or good So be good for goodness sake!…??? ? #itschristmas @yamamayofficial

Leo set his eyes on Sports Illustrated model and Baywatch babe, Kelly Rohrbach in June 2015, and the pair went public with their romance pretty quickly.

They were spotted on romantic city strolls and bike rides together, but split six months later when their bust schedules pulled them apart. At the time, Kelly, 25, had just landed the role of CJ (famously played by Pamela Anderson) in the remake of cult show Baywatch in 2016. 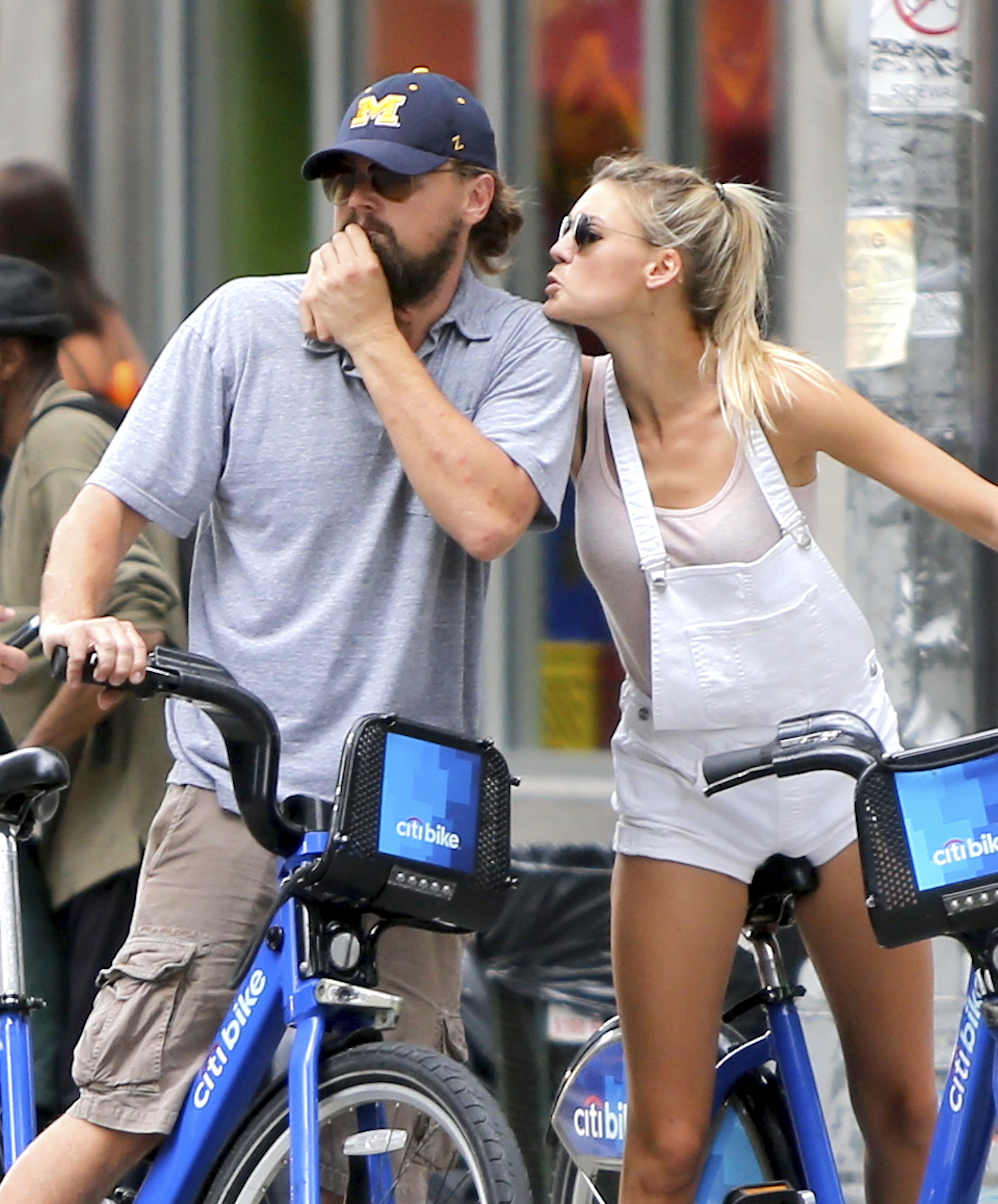 He quickly moved on to Victoria's Secret model Nina Agdal a few months later before they split amicably in May 2017.

Leo was then seen with his 11th Victoria secret model, German Lorena Rae, in August.

The pair enjoyed a bike ride in New York, but their romance fizzled out quickly, just in time for him to meet Camila in September 2018.

The loved-up pair have enjoyed a series of double dates with Camila's mother and Al, and there have been rumours the couple have been talking about getting engaged.

Has Leo thrown out his little black book for good? We expect there's not a lot of room left.

You Won't Believe What Kathy Griffin Likes to Splurge On