LILY Allen feasted on a dirty burger in her wedding dress after being married by Elvis to Stranger Things star David Harbour.

The 35-year-old singer tied the knot with David Harbour at the Graceland Wedding Chapel on Friday. 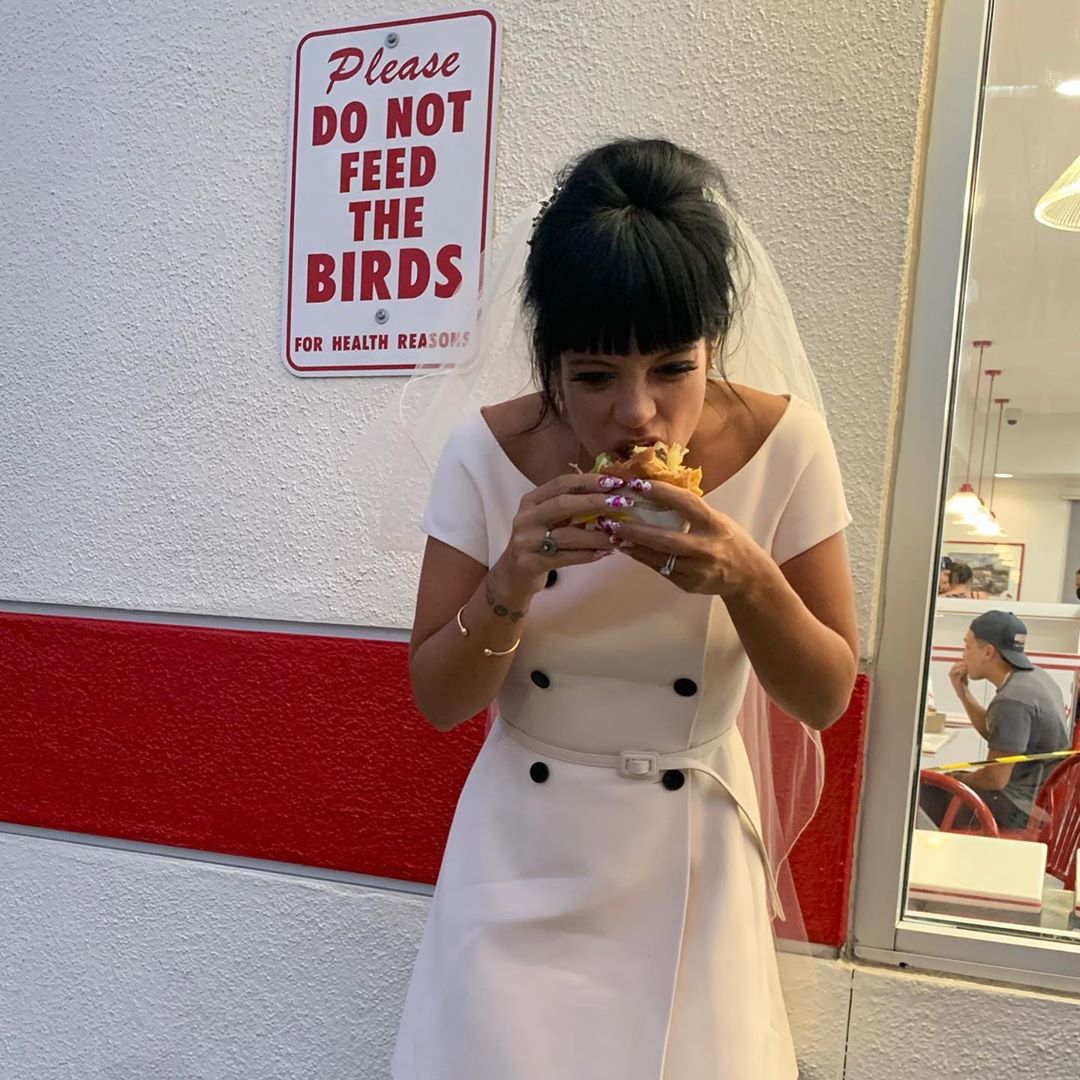 Lily gave fans a look at her wedding day on Instagram – and stressed that things were kept cool.

One of the images shows the Not Fair singer in her sixties-inspired dress tucking into a dirty burger outside a diner.

It didn't look like Lily cared if she got any of the sauce on the Dior gown, as she ate it with a big smile on her face.

She also shared a snap of her and David standing on the pavement after the wedding, huge smiles on both of their faces. 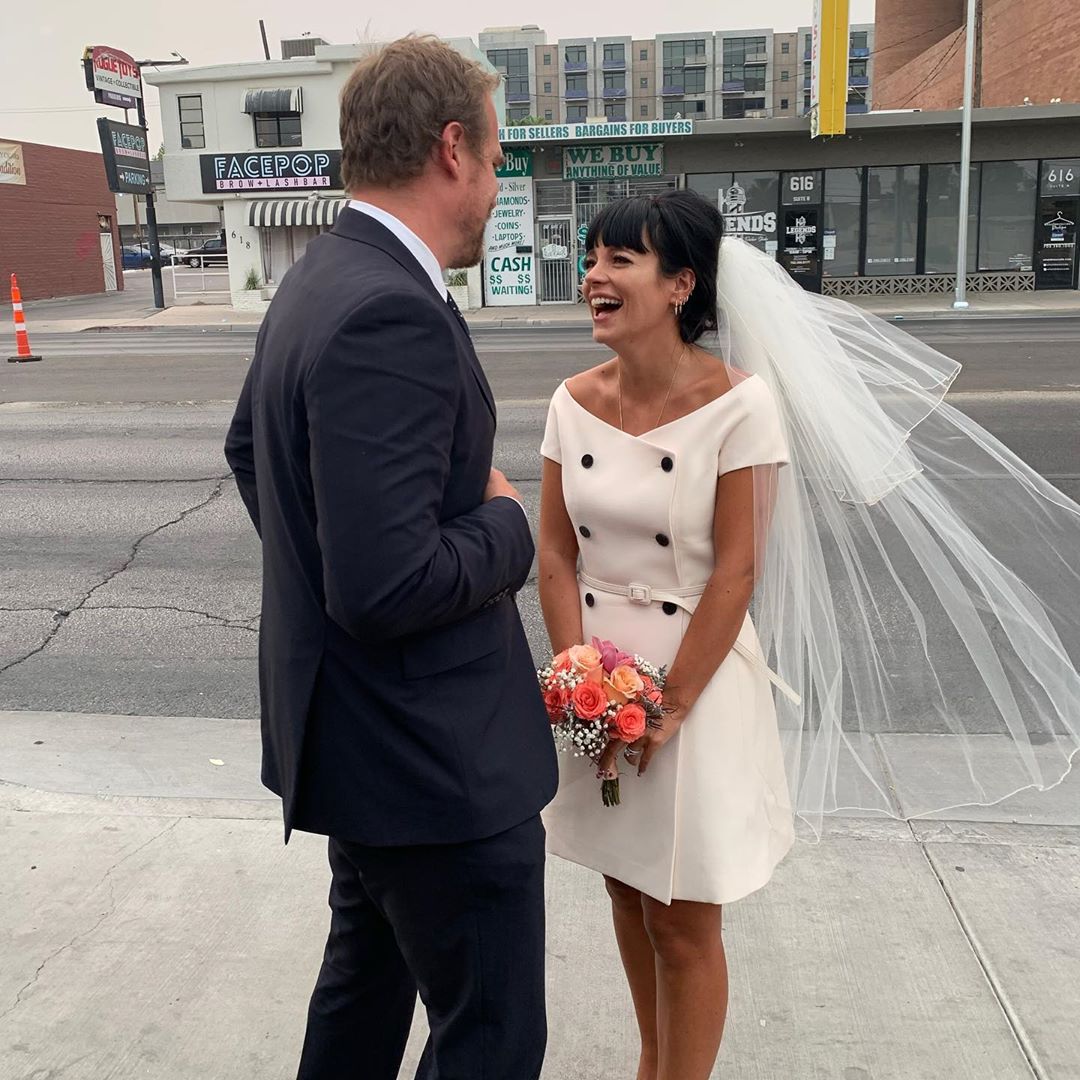 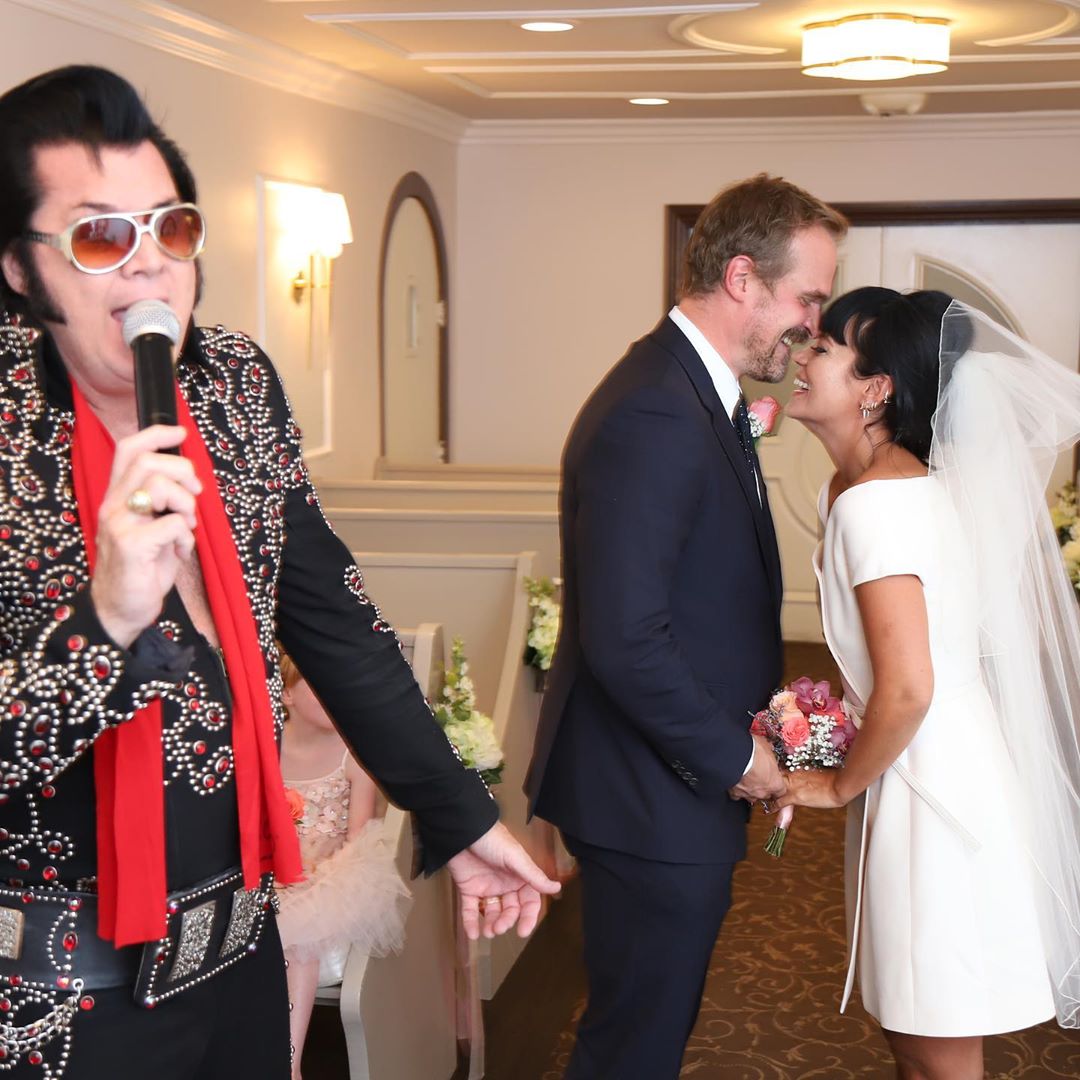 Another snap shows the two looking lovingly at each other and laughing as Elvis impersonator Brendan Paul – who carried out the service – belted out a tune.

He is owner of the chapel and one of the most famous Elvis impersonators in Sin City.

Guests at Lily’s do at the chapel, which can seat about 30 people, would have had to wear facemasks but the singer and David did not.

There were four other weddings at the chapel on Monday when Lily tied the knot, including one that was Hawaiian themed which featured a hula dancer and Brendan singing as Elvis. 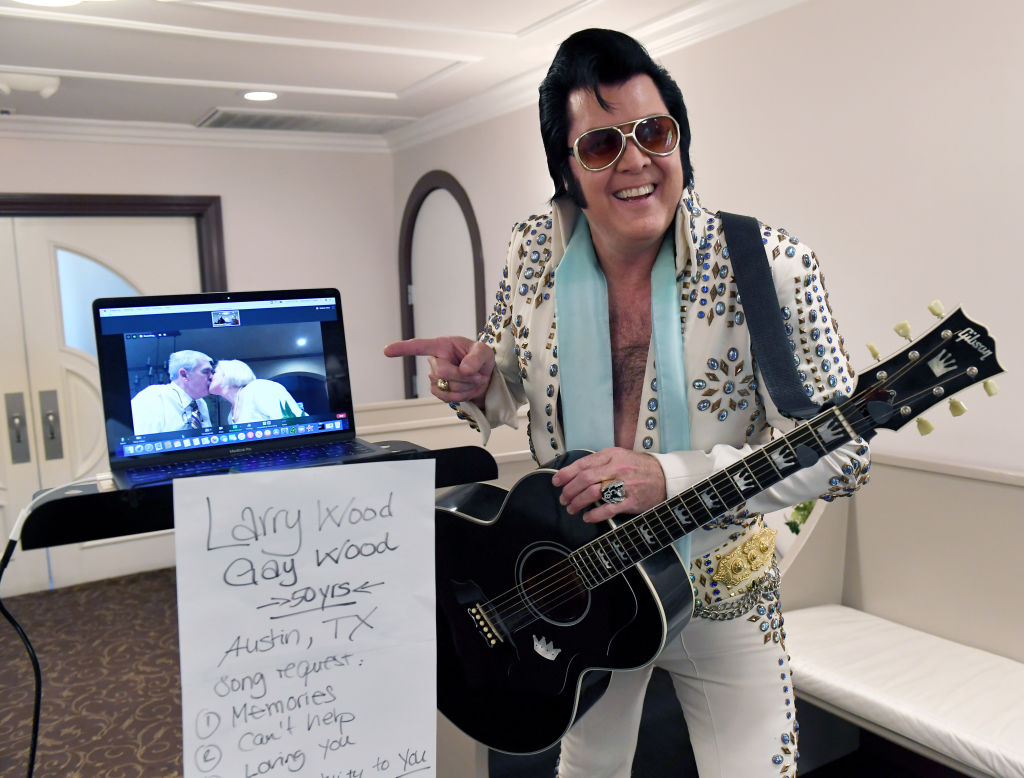 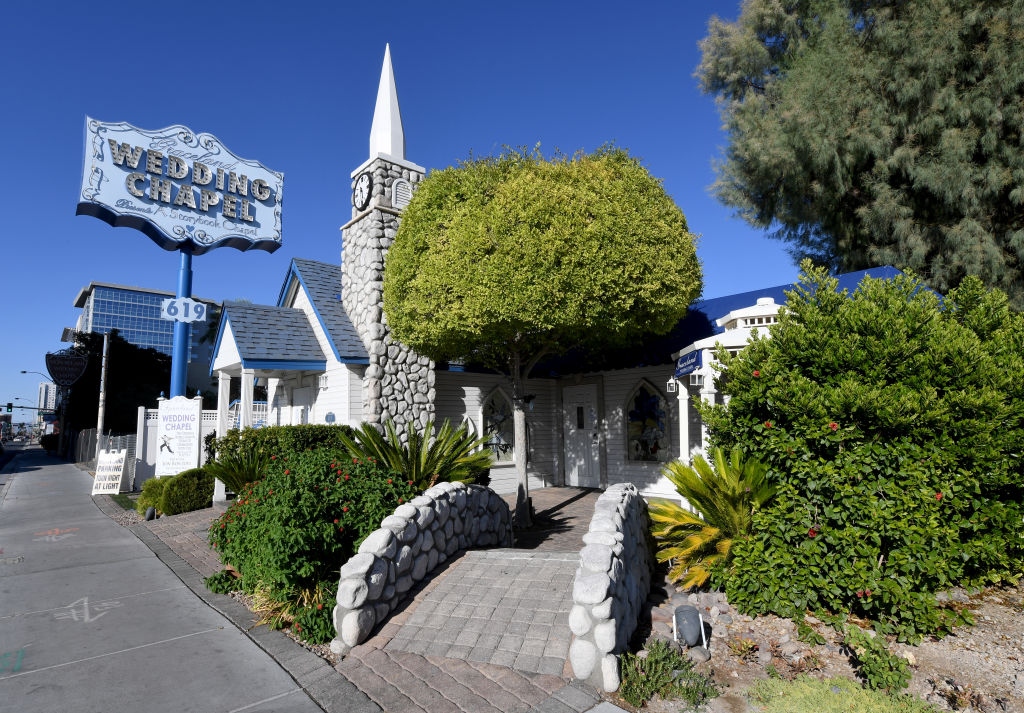 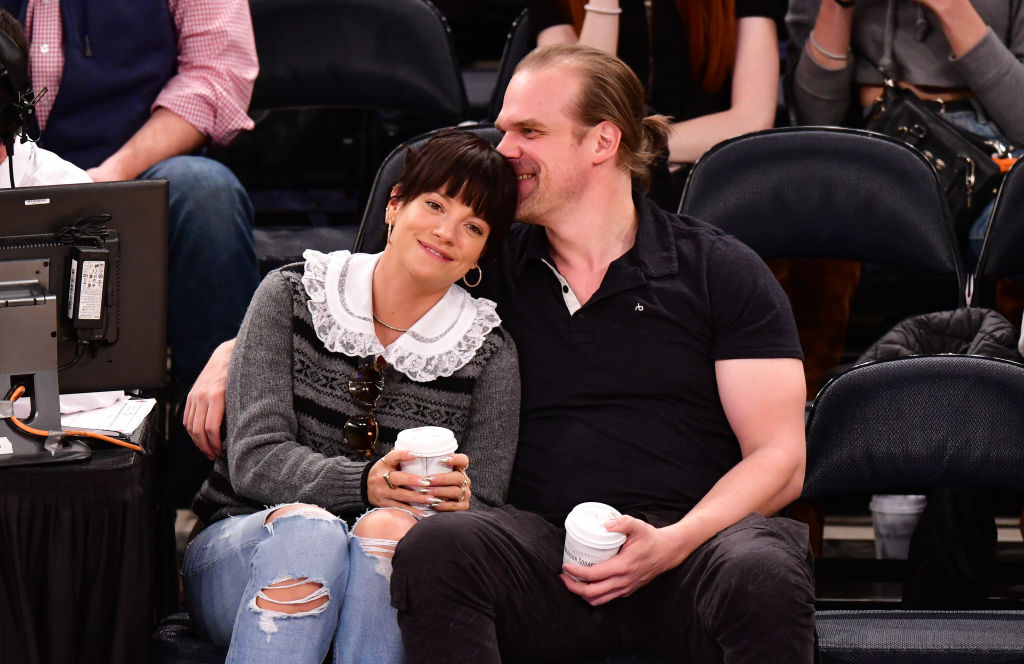 David and Lily first revealed they were a couple on a night out to the theatre in London in August 2019 – months after he split from Alison Sudol.

She confirmed things were serious at the after-party for an edition of Saturday Night Live he had posted, posting a shot of his bulging bicep, writing: "Mine."

Actor David shot to fame on Stranger Things as Jim Hopper but has also had roles on Brokeback Mountain, Bond film Quantum of Solace and superhero film Hellboy.