Line of Duty fans have been re-watching the BBC series lately trying to work out who the fourth and final person known as H is in order to finally bring down the Organised Crime Gang that AC-12 have been tracking down for years. Creator Jed sent fans into a frenzy when he shared a behind-the-scenes snap of DS Steve Arnott (played by Martin Compston), with another person seated behind him.

Since the beginning of the long running show, AC-12 have tried, with little success, to bring down the OCG.

Many men have been lost along the way.

However, AC-12 have also managed to identify and arrest several corrupt officers.

No one’s hands are completely clean and it’s up to AC-12 to find out the identity of the mysterious H. 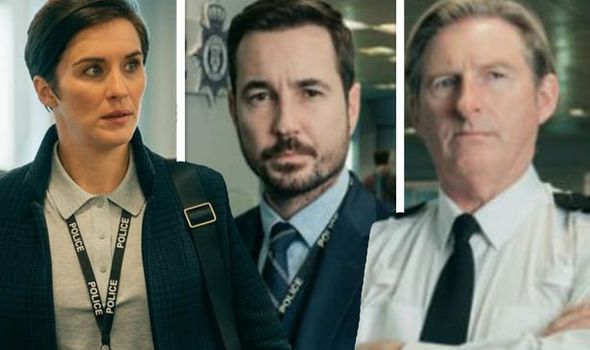 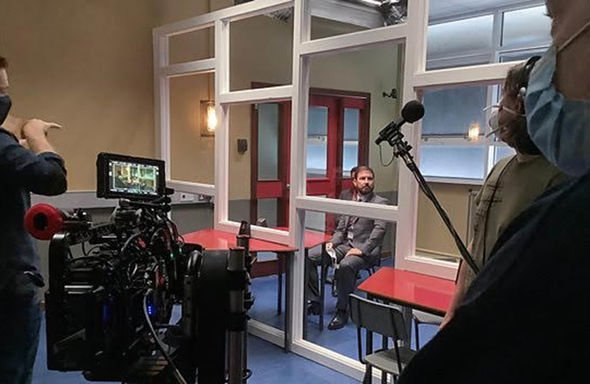 It was revealed in season five that when Di Matthew Cottan died, he used morse code to indict that H referred to four corrupt senior officers or staff within Central Police.

So far AC-12 have identified three of those senior officers.

With one senior officer’s identity still unknown, Jed teased viewers that they would finally be caught in the next series. 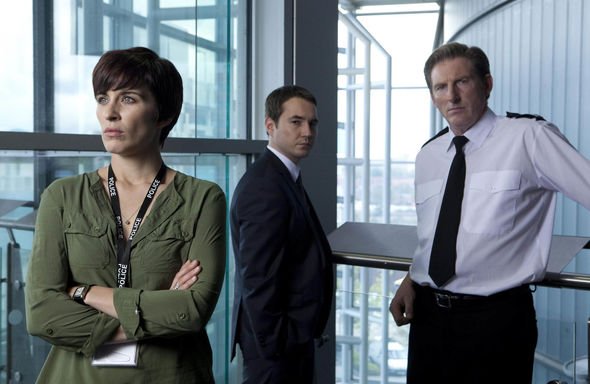 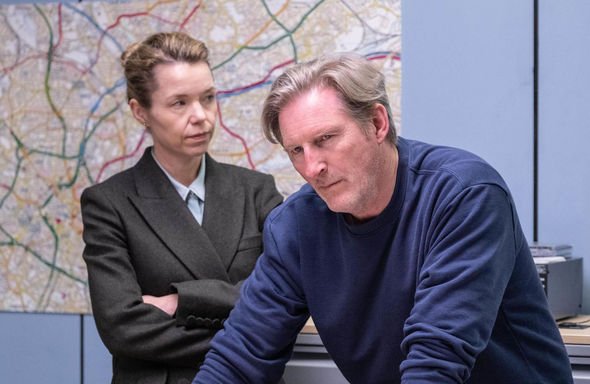 “When I took this photo I was careful to keep the inmate opposite ⁦@martin_compston⁩ hidden.

“But you can just about see an out-of-focus image on the camera monitor,” Jed wrote next to a behind-the-scenes snap on his Twitter account.

“Clue: it’s not Julia Montague,” he added as actor Martin could be seen sitting opposite a glass panel.

The photo sent fans wild, with them guessing who was sitting opposite the actor.

“Lindsay Denton. Never believed she is dead. Please make it so,” one viewer begged in reply.

But another shot down their theory, reminding them: “She got shot in the head that’s pretty dead I reckon.”

Someone else added: “Oh stop it with the teasers already…… its killing me.”

Others names thrown around included Ryan Pilkington (Gregory Piper) who has been on the officers radar for years now.

However, a lot of the comments under the post were from viewers convinced it was Kate Fleming (Vicky McClure).

One viewer said: “That’s definitely Kate! Has to be,” as a second shared: “I thought that! And especially from looking at the photos from today…”

Kate is obviously known for being an adept undercover agent, who isn’t afraid of doing whatever she can to get what she wants.

She has proved herself time and again but could she be H hiding in plain sight?

It would be the perfect hiding place after all and she wouldn’t be the first.

Line of Duty seasons 1-5 can be streamed on BBC iPlayer now.

'Counting On': Fans Are Worried Jinger Duggar is too Obsessed With Her Husband For This One Reason

Yankees have one shot at redemption after major letdown

Tyler Herro goes off to give Heat commanding lead over Celtics