HAILING from Romania, at the forefront of the continuous rise of the scene in their home country, are prolific DJ and producer duo, Livio & Roby. 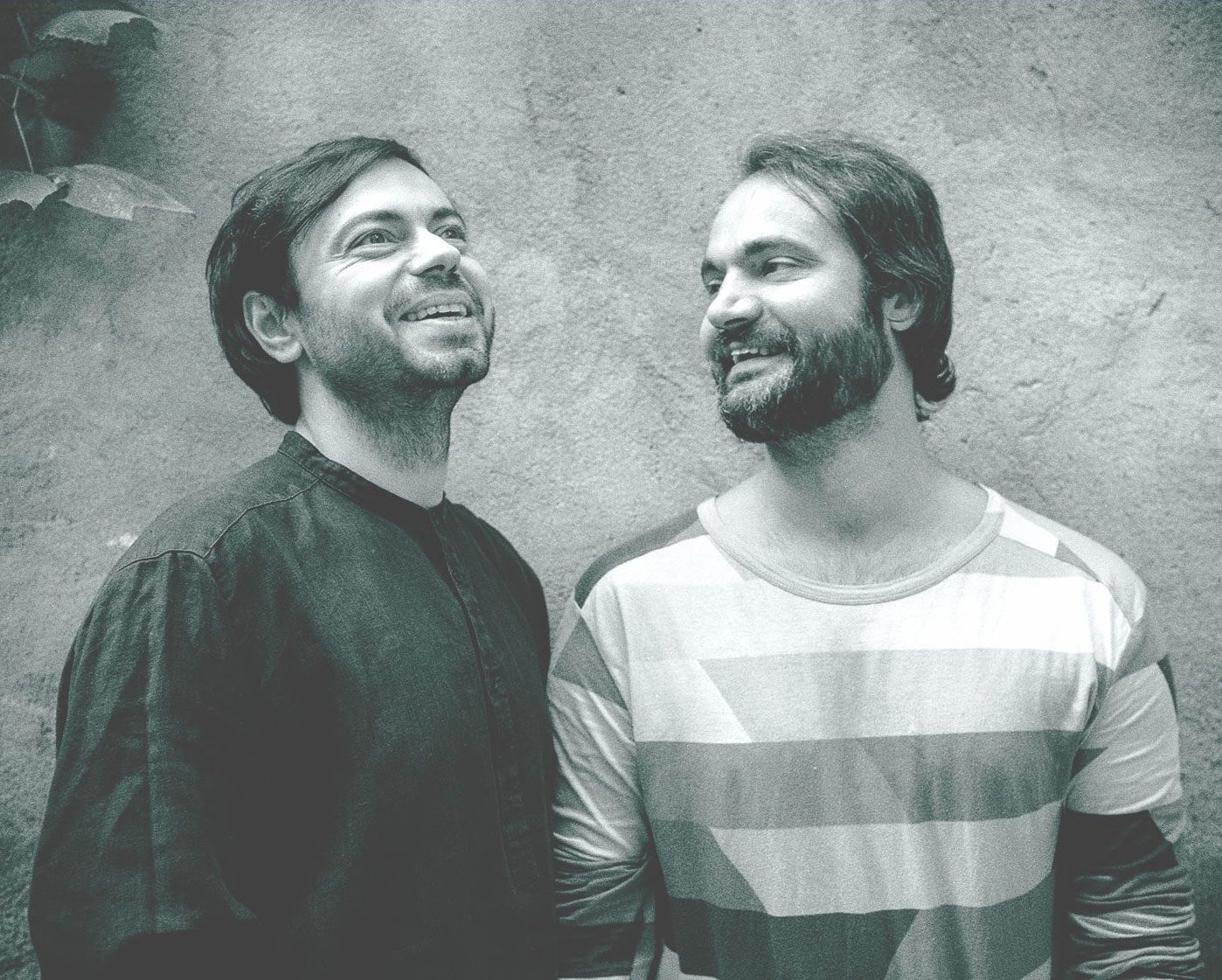 With well over a decade of churning out top shelf releases on the likes of Nic Fanciulli's Saved, Loco Dice's Desolat with their Phantom Circle release in 2016, Rawax and in recent times their own label, Tier. Amongst a heavy tour and release schedule, the pair have also spent many years with their Premiesku Live performances.

Up next on their Tier label is a fantastic release from the duo and includes a remix from the Perlon affiliates, ToFu Productions (Fumiya Tanaka and Thomas Melchior).

We thought there's no better time to catch up with the guys and see what they are offering with their 'From Romania With Love' playlist.

This classic masterpiece was originally engineered by Basic Channel's Moritz von Oswald and recorded at the Basic Channel studio in Berlin sometime in 1993-1994. Upon release, this track quickly became a cult favourite from Derrick May to Derrick Carter, and infected house, techno, ambient and even dub DJs alike. A song so powerful, it led to a change in techno music forever and was a shining example of what Detroit was all about: innovation. Juan Atkins was the first person to apply the word "techno" to music. He found new ways of making sound, and in so doing, he influenced nearly every genre of music in the 1980s and beyond. Yet his name is not well- known beyond the world of electronic dance music. He might, in fact, be one of the most obscure of modern music's true pioneers.

Of the three remixers Kontra-Muzik brought on board, two are absolute powerhouses: Minilogue, still among the most prolific and respected production teams in minimal techno, lend a certain gravitas to whatever they touch, and few can worm their way into the heart of a track like Donato Dozzy. Alexander Berg, one half of Genius Of Time, turns in the darkhorse remix as Dorisburg, and although he's the least known of the bunch, it's doubtful an unfamiliar name will scare anyone off from a release on one of the stronger, stranger techno labels around.

"Pregnant" is built around a break from the 1982 boogie cut "You Can't Run From My Love," by New York soul singer Stephanie Mills. It takes its sweet time to unfold, swelling over the course of 12 easy-going minutes without ever boiling over. That unhurried pacing is the mark of a seasoned DJ, someone who understands how far you can stretch a simple loop and still keep the crowd's attention. Very little happens, which is fine; the track's raw, crooked drum groove is enough to carry it home.

"Deep Burnt" was initially a slow burner, perhaps due to the unnerving cover art (which certainly did not hint to the lush soulfulness of the music) and that it was tucked away on the B-side. The A-side featured the uptempo gospel-tinged stomper "Burning Hot." A track that harked back a decade to the classic Pal Joey releases by Earth People and Soho, the heavy swing drove the track on the dance floor. "The Right Way" reaches even further back, touching upon the '80s rare groove-sampling hip-hop days of Biz Markie and Big Daddy Kane.

"Deep Burnt" outshone both, one of those tracks built around the creative use of a sample. Of course, the obscurity of the sample often helps in these cases, as the majority of those listening will be unaware of the origin of the track's main element. To jazz-funk nerds like myself and many on the broken-beat scene, the sample was instantly recognisable but no less genius. The sample sounded as if it always belonged there.

After a 10 year hiatus, Steve O'Sullivan's Mosaic label returns under a new guise: Mosaic Split Series. This series will be split between old school artists from Mosaic and beyond and artists from the new school. This first release sees Mosaic legend Jorge Zamacona don his Urban Sombrero for the latest installment in his "mosaic efforts" series. A deep, trippy, dirty house workout in Jorge's unique style. In keeping with the whole ethos of this project we have newcomer Ben Buitendijk's offering , "Promised Land," on the flip. An ultra-deep dub house/techno track that echoes the Mosaic sound of old with a modern twist. Melodic and atmospheric, this one deserves to be played from beginning to end.

Following up from Renato P's 2015 "Untitled" debut, Jay Simon's Atlanta based Must Have Records is back with its most substantial release yet. Unsung west coast duo, the Teflon Dons released several 12"s on their independent label Worldship from 1995-2000, and virtually all have become sought after records by deep house afficionados.

Here, Must Have lovingly presents a double 12" gate-fold anthology featuring four highlights compiled from several rare Worldship releases, as well as another four unreleased songs from the same era. Notably, the release contains the nearly forgotten garage classic "Tomorrow People" the first release featuring a then unknown Gregory Porter, who went on to become a Grammy Award winning jazz vocalist. In addition, the release contains several photos, and detailed liner notes written by Jay regarding the group's history.

Noel Jackson – That you love me (We Love Detroit)

From that high-point, these pleasant, soft-focus house and techno tracks start to drift, his cause not helped by leaving them unmixed. Largely, Edgar's set comprises late-night drug music, tracks designed, in their deployment of syrupy bass grooves, textured FX and repetitive fillips of sound, to tease the last bursts of serotonin from a 6:00 AM crowd. They weren't meant to be listened to in their entirety, and, without the intervention of a DJ, there are inevitable lulls.

Moodymann is one of the best house artists ever, and after 20 years he's still somewhere near the top of his game. Like most of his records, his self-titled LP shows a talent that stretches well beyond house music, weaving together funk, soul, hip-hop, jazz and R&B into a rich and unpredictable bricolage. (It's got its bangers, too: "No" and "Sunday Hotel" are some of Moody's meanest club tunes in years). The 27-track CD/digital version is especially fun: filled with odd little nooks and crannies between the main tracks, it tackles the so-called "album format" with a style and ease that's truly rare in house. The slightly uneven, sample-heavy sound brings to mind J Dilla (another cut-and-paste genius from Detroit, and one who's appeared on Dixon Jr.'s label), but the overall delivery is pure Moodymann.

Subjoi – The Way I Feel

Not a lot is known about Subjoi, other than he’s an Australian Dj/producer from Adelaide who’s well in-tune with the lo-fi house scene right now and his tunes are seriously nice. His tune The Way I feel is 7 minutes and 45 seconds of pure face melting luxury, and it’s been on repeat.

DJ Octopus – The House Of Pain

Metal Position is a record label founded by Steve Murphy and DJ Octopus focused on kick drums and bass lines. The first EP comes with four tracks from the deeper side of DJ Octopus.

The new compilation from Manchester's Claro Intelecto begins with his first-ever solo release, "Peace Of Mind (Electrosoul)," which came out in 2003. Were it released today, Mark Stewart would sound at home among the fresh wave of artists exploring electro anew—putting out a lonely, atmospheric cut that touches on the classic stuff from Detroit or Dallas. Though it came out 17 years ago, "Peace Of Mind" sounds as lush, heartfelt and composed as it did back then—qualities that have defined nearly two decades' worth of timeless techno and electro.

Grab a copy of Livio & Roby's Hajime Mashite EP HERE. For more information on Livio & Roby head over to their FACEBOOK page.

Everything you need to know about Love Island 2021 start date