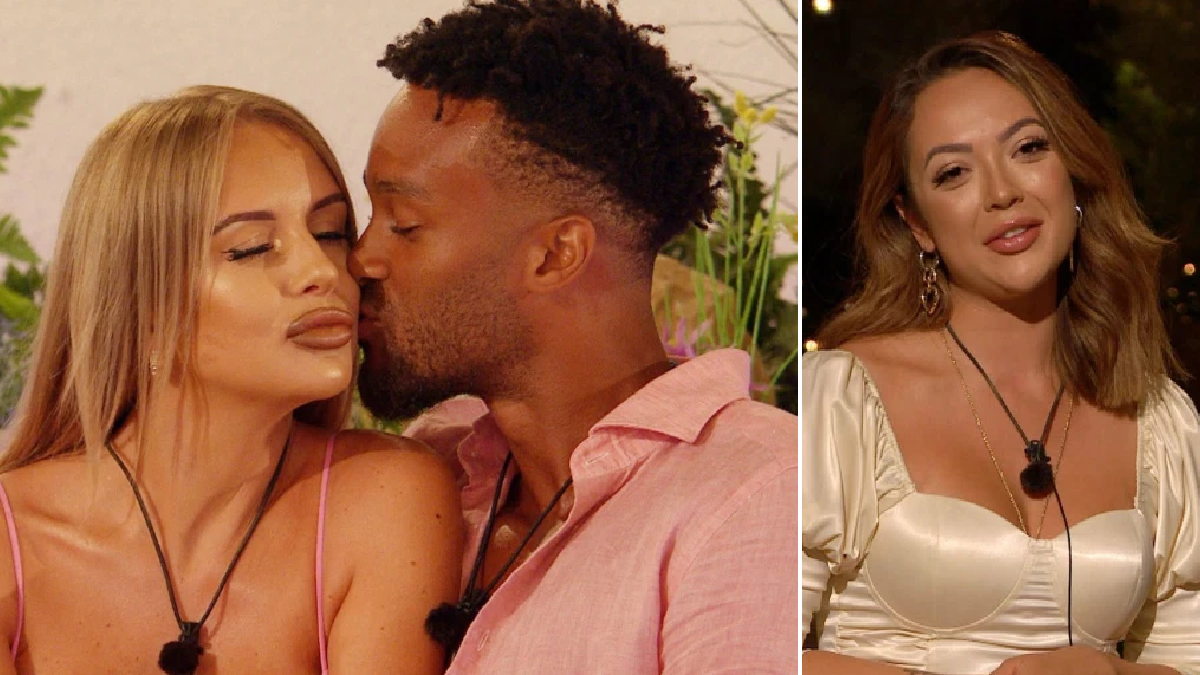 Love Island’s Sharon Gaffka believes bosses went ‘too far’ by including a picture of Teddy Soares kissing one of the Casa Amor bombshells on the postcard sent to Faye White.

The ITV2 show has received a record-breaking number of Ofcom complaints following the scenes, with many claiming the postcard ‘was misleading and caused unnecessary distress.’

Faye was left devastated after receiving the card, and used it as an opportunity to get to know new boy Sam Jackson, but didn’t know that Teddy had actually stayed loyal throughout and only kissed one of the girls for a game.

The television watchdog confirmed a whopping 4,330 people reported the moment, which aired on July 28, with a further 56 complaints lodged about the fallout from the letter.

‘For me, Teddy is the most loyal person. He’s worked very hard to work with Faye’s boundaries and the walls she’s put up because of past relationships and I think it was really unfair what they did to them.

‘The girls who brought boys back only did that because they were protecting themselves as opposed to playing a game… Faye thought Teddy was cheating.’

Although they were both distraught by the postcard, fans were delighted when they reunited, with Faye picking Teddy during Tuesday night’s recoupling.

‘[I] got the postcard – screaming, lying down on the floor like, literally, just take me, and then I came out here and just sobbed because I felt like I already knew what I had… And then I just felt like you f***ed it,’ Faye told him.

Addressing the scenes, Sharon did note that the postcard has now made the couple a lot stronger and believes they are strong contenders for the crown.

‘When I left the villa I said that Jiberty (Jake Cornish and Liberty Poole) would win, obviously that was early stages,’ she added.

‘Everyone has warmed up to Teddy and we’ve seen both him and Faye in very different ways.’