Lately, it feels like documentaries are in a rush to capitalize on the next big scandal, whether it’s the mullet-cut world of Joe Exotic or the privileged attendees of the Fyre festival. The desire to create a guilty exposé of an unknown world can lead to stories where the scandal isn’t as obvious as the surrounding peculiarities. In other cases, like Amazon Prime Video’s “LulaRich,” a docuseries hits paydirt. Directors Jenner Furst and Julia Willoughby Nason — who, incidentally, directed Hulu’s “Fyre Fraud” documentary in 2019 — craft a thrilling, nightmarish story that combines elements of fashion, feminism, and fraud all in one beautiful package.

In 2018 the first major report on the multi-level-marketing company (MLMs), LulaRoe, was published in Bloomberg. The company, touting female empowerment through the selling of leggings and maxi skirts, was not only battling numerous lawsuits but several claims that they were a pyramid scheme. The story on its own sounds ridiculous. Setting the pyramid scheme aside, there were allegations that the company sold moldy, stinky leggings, their founder was ushering women down to Tijuana for gastric bypass, and designs that included a hamburger print in unfortunate places.

There’s a splashy brightness to all four episodes of “LulaRich” that gets at the heart of why so many (predominately) women wanted to join the company. Furst and Nason look at the companies origins and its enigmatic founders, DeAnne and Mark Stidham. The Stidhams are a picture-perfect couple and that emphasis on aesthetics runs deep from the first time they’re interviewed, when DeAnne worried about the composition of the rug while the two (very much unscripted) hold hands. Like most companies, DeAnne’s story of being a mother trying to make some money while raising 14 children is compelling and was at the heart of LulaRoe’s ethos: They were offering a chance for mothers to become entrepreneurs.

We’ve seen documentaries on pyramid schemes before, but with “LulaRich” the intent isn’t just to focus on the fraud, but how the company specifically targeted women. Several interview subjects mention the appeal of being able to make money while spending time with their children. Couple that with the rise of social media and the emphasis on FOMO, and it’s not surprising that LulaRoe was able to explode as Facebook Live and Instagram just started to take off. These women were early influencers of their day, selling leggings and making millions.

Furst and Nason do their homework, and much like “Fyre Fraud,” which investigated influencer culture, much is discussed about the history of MLMs. Names like Amway and Herbalife are discussed, as well as the thin line they skirt between legal and illegal practices. Videos from the Stidhams and their children, many of whom were in high-level positions within the company, show how often they were confused about whether they were a pyramid scheme or not, even discussing via Zoom how to reorganize the way bonuses were paid out to skirt around the issue. 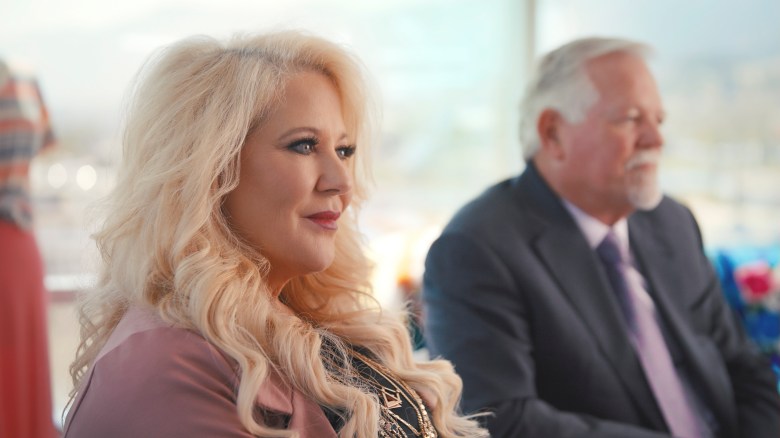 If LulaRoe wasn’t a pyramid scheme, the bigger element “LulaRich” showcases is how inept the Stidhams were in creating a massive business. The Stidhams discuss how unprepared they were for success, but outside of that, it’s almost comical how their children emphasized how little they knew. One son talks about being there mainly to dance at parties, while a cousin who served as the company’s events entertainer was allegedly fired for seducing consultants. Many of their employees were also recruited with little know-how on customer service, with their head designer openly admitting that some artists stole designs straight from Google.

Of course, any great MLM starts to feel like a cult and while the horrors of “LulaRich” aren’t on the level of “The Vow,” there’s still a creepy element to everything. Former LulaRoe consultants discuss having to dress alike — it wasn’t enough to wear Chanel when you were working there — and conform to specific beauty standards. One consultant, after leaving the company, claims being told by DeAnne Stidham that she should consider sending her children to church. There’s definitely a weird humor to these interactions, but as Furst and Nason show, so much of the Stidhams’ views came from their own background. Not only are they Mormon, but DeAnne Stidham’s mother wrote a popular book on how women should comport themselves.

What keeps “LulaRich” so engaging is less the scandal and more how this culture became so popular. Many of the women, even after filing bankruptcy and getting divorced, opine about the sense of community they felt. For many of them, LulaRoe wasn’t about competition, it was about creating a world where women were in charge and could support each other.

Though not nearly as salacious as “Tiger King” or its ilk, “LulaRich” is still one of the juiciest docs of 2021 Snappy, intense, and thrilling, Furst and Nason craft a story you’d be willing to buy into, multiple times.