Mary Elizabeth Winstead kicks butt and takes names alongside Miku Martineau in the new Netflix movie ‘Kate.’ HL spoke EXCLUSIVELY with the pair about Kate and Ani’s bond and a possible sequel.

The new Netflix film Kate is a gripping thriller about a woman in a race against time. Mary Elizabeth Winstead stars as the titular character who only has 24 hours to exact revenge on her enemies before time runs out for her. Along the way, she forms a bond with a fierce teen named Ani, played by Miku Martineau, who is the daughter of one of Kate’s past victims.

HollywoodLife spoke EXCLUSIVELY with Mary and Miku about a Kate sequel. Even though Kate appears to die from radiation poisoning in the final moments of the film, with movie magic what it is, it’s possible that maybe she didn’t. “Of course,” Mary said about if she’d return for a Kate sequel. “If there’s any way, you know, to continue Kate I would be more than happy to because I had an absolute blast. But who knows?”

Throughout the film, Mary is featured in a number of jaw-dropping fight scenes. The intense physicality of these stunts was something Mary was used to. “I was lucky because I had done a film just previous with the same stunt team and the same stunt choreographer, Jojo [Eusebio]. So I kind of had the training built into it a little bit. I’d already trained with that group, who are amazing, so I had a bit of a leg up in that way. I remember we all got together for the first rehearsal and he kind of just took me through some drills just to see if it was all still in my body and it was. He was like, ‘Great, let’s just start doing the choreography and teaching you who Kate gonna be physically.’ So I kind of got to jump into it which was really really fun.”

Even though she’s on a quest for revenge, the heart of the movie is the bond between Kate and Ani. Kate initially takes Ani hostage to get answers about who poisoned her, but she ends up protecting Ani at all costs.

“That was really the main draw of me for the film was that sort of vulnerability and heart deep down,” Mary admitted. Miku said she met Mary at the first chemistry read in New York. “She was so sweet. I was a little bit nervous before, but as soon as I walked in and they started talking to me, it was super welcoming. It was so much fun.” 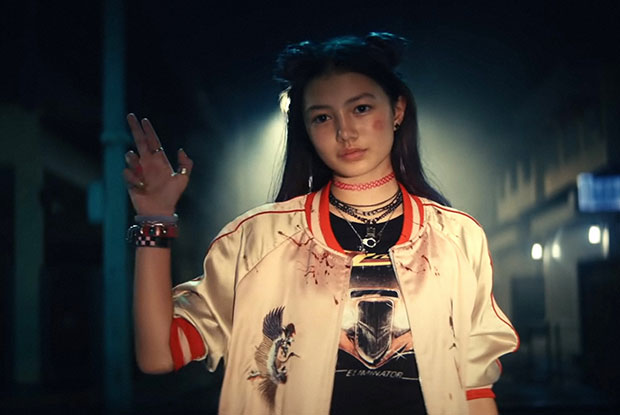 Mary revealed that it was quite the search to find the right Ani. “We read with a lot of young actresses and kind of trying to find that balance between really being kind of tough, hard, brash, and sassy, but having that vulnerability and sweetness that Kate ultimately connects with,” Mary told HollywoodLife. “I think that’s what Miku really came in with was just this open, beautiful spirit, and the fact that she was able to turn on that harder exterior on top of that just showed how talented she was.” Kate is now streaming on Netflix.

Spoilers: Geoff's vile revenge as Alya tries to save Yasmeen in Corrie