However, the Coronation Street star admitted she wasn’t impressed to see “witty” moments between herself and Gyles had been cut from the Celebrity Gogglebox episodes. Fans of the Channel 4 series have seen Maureen and Gyles left baffled by shows like Naked Attraction and enjoy The Repair Shop. But it seems viewers have missed out on some moments between the pair.

Each week viewers will see celebrities and their family or friends sit down to review the latest TV.

Maureen and Gyles are regulars on the Celebrity edition of Gogglebox but have revealed not everything they discuss is shown.

Appearing on This Morning, Maureen remarked: “I have to say, oh, look, I’ve got the same blouse on, see how I recycled. 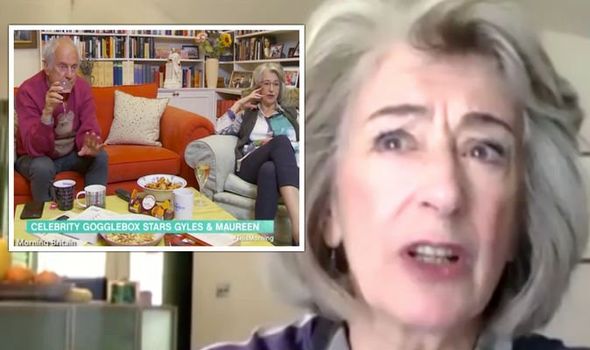 “I didn’t realise they were just going to show us lots and lots of mens’ bits.

“We say really witty things don’t we Gyles and it all gets cut in favour of us going ‘Ew!’ and ‘What’s that? Oh, I didn’t realise people were growing aubergines like that?’”

Of course it is likely that due to the number of celebrities appearing, it’s impossible to include everything.

The new series of Celebrity Gogglebox will see Lorraine Kelly and her daughter Rosie appear. 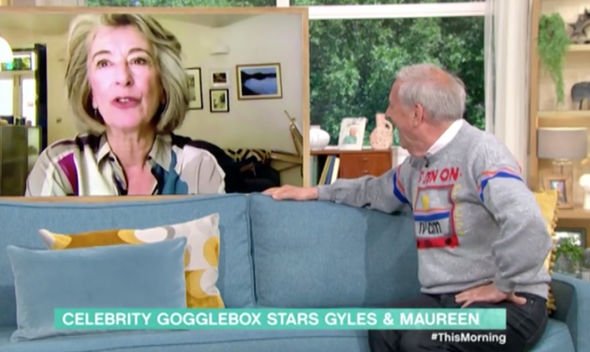 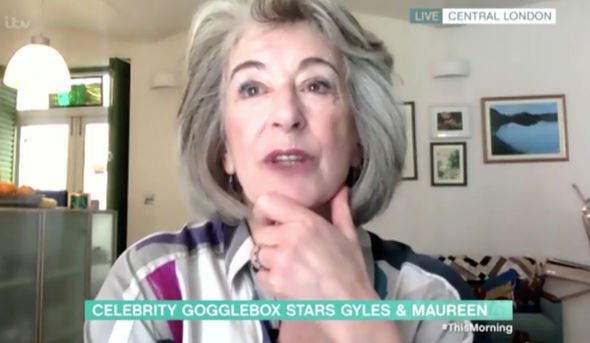 The presenter posted on her Twitter account: “So looking forward to this – @Rosiekellysmith and I had such a laugh. Ruby was an angel!”

Other stars making an appearance includes Mel B and her brother Paul O’Neill, football pundits Jamie Carragher and Micah Richards, and Clara Amfo will appear with brother Andy.

It’s also been rumoured Sir Tom Jones will join The Voice co-star Anne Marie on the sofa to tune into this week’s TV.

A source told The Sun: “Sir Tom has been on the wish-list for Gogglebox bosses for a long time.

“His schedule is incredibly busy but this time they have managed to secure him for filming.

“Everyone is hugely excited about Sir Tom coming on board.”

The chemistry between Sir Tom and Anne Marie is said to be “fantastic”.

Celebrity Gogglebox was hit with 200 Ofcom complaints in late 2020 when it last aired due to jokes made by Shaun Ryder and Bez about drugs.

Eamonn Holmes also hit out at the series for cutting out the moment he spoke about his dad’s death.

The This Morning host said he was “hurt beyond belief” by the “cruel edit”.

Dylan Farrow Doesn't Feel She Has a Father, Jokes 'Is Woody Allen My Brother-in-Law?'

Lupin ending explained: How did Lupin part 1 end and what will happen in part 2?