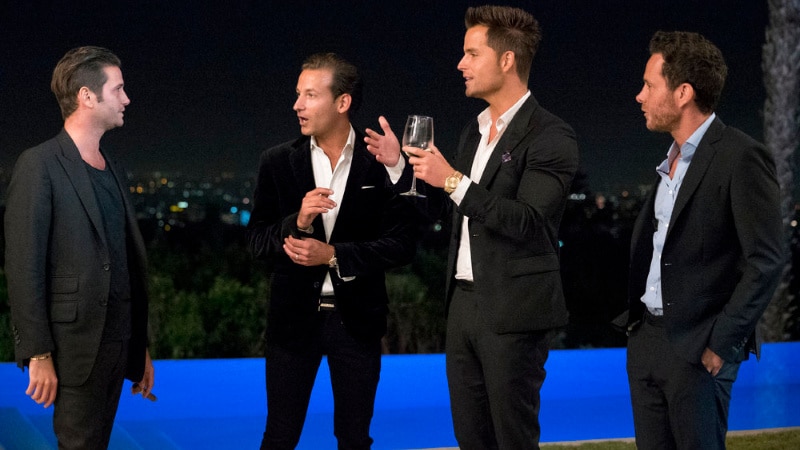 Bravo has announced that Million Dollar Listing Los Angeles is returning to Bravo next month. This new season will mark the 11th season of the show and there are now five full-time agents filming the series.

All of the agents from last season are returning, so fans will be able to catch up with Josh Flagg, Josh Altman, Tracy Tutor, and the power duo James Harris and David Parnes.

Josh Altman became a father on the previous season of Million Dollar Listing Los Angeles and he’s struggling to balance his busy career with fatherhood.

Celebrating the last night of Hanukkah with my girls. About to have some home made potato latkes

Josh Flagg also celebrated a major milestone last season, getting married to Bobby. And it sounds like they are on the hunt for the perfect house, showing viewers that while Flagg is a strong agent who knows what he wants, he could be even more challenging as a buyer.

A little massage ?‍♂️ and a little sushi ?

James Harris and David Parnes continue to build their careers in Los Angeles and they are on the fast track to success. This season, they work on a deal to purchase the infamous Playboy Bunny Ranch.

They also work with Kelly Rowland and Dorit Kemsley from The Real Housewives of Beverly Hills. Plus, it’s possible David will give updates on his marriage, and his new family member.

Tracy Tutor was brand new to the show last year, showing viewers her struggle to balance both her home life and her career. After the show wrapped last season, she announced that she had filed for divorce from her husband, Jason Maltas.

On this season of Million Dollar Listing Los Angeles, Tutor is embarking on a brand new journey as a single mother, who continues to have high expectations of herself.

She’s not only working with Rose McGowan, but fans will also see her travel to Dubai to work with a former Bravo star. She will work with Caroline Stanbury from Ladies of London and work on an ultra-luxury high-rise in Dubai.

It sounds like the agents are going to be busy as they enter another season of Million Dollar Listing Los Angeles.