SHE’S famous for her temper and Jack Whitehall found out the hard way when Naomi Campbell gave him a dressing down.

After being on the receiving end of one of his jokes at last year’s Brit Awards, the model confronted the event’s host and branded him a “naughty boy”. 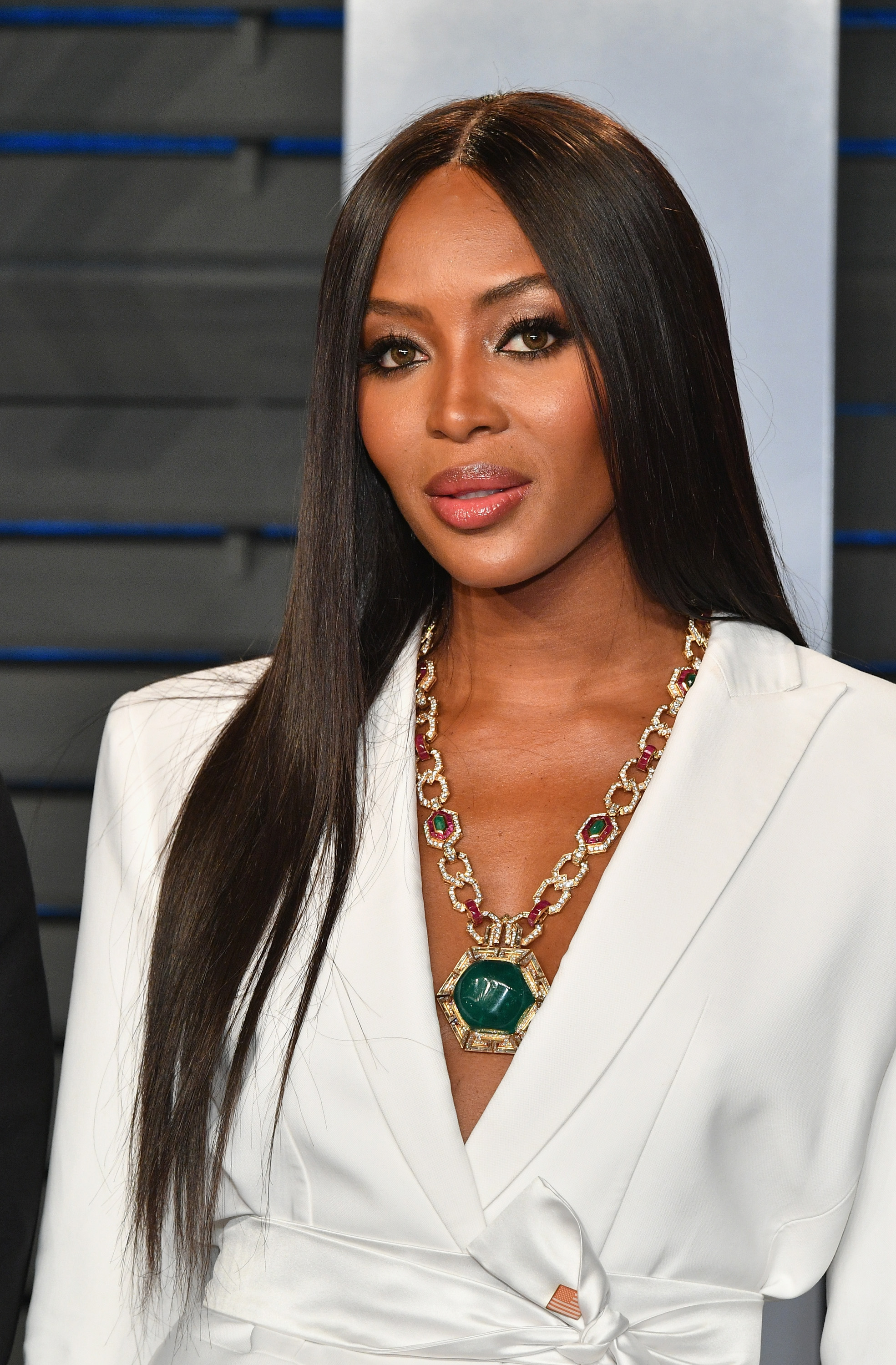 Jack calling Liam Payne her “squeeze” was what sparked the slap on the wrist — and the One Direction star says the comedian also got him in trouble.

The singer said: “Someone I happened to be with that was the person that he mentioned at the Brit Awards went in on him for saying that joke at the Brits.

“I take it as a joke, it is what it is, but she was not happy. Jack, you got me in a lot of s**t that night. So me and you are going to do a charity boxing match.”

A source said: “Naomi marched up to Jack and said, ‘You really are a naughty boy’. The pair joked about it and she saw the funny side of it.” 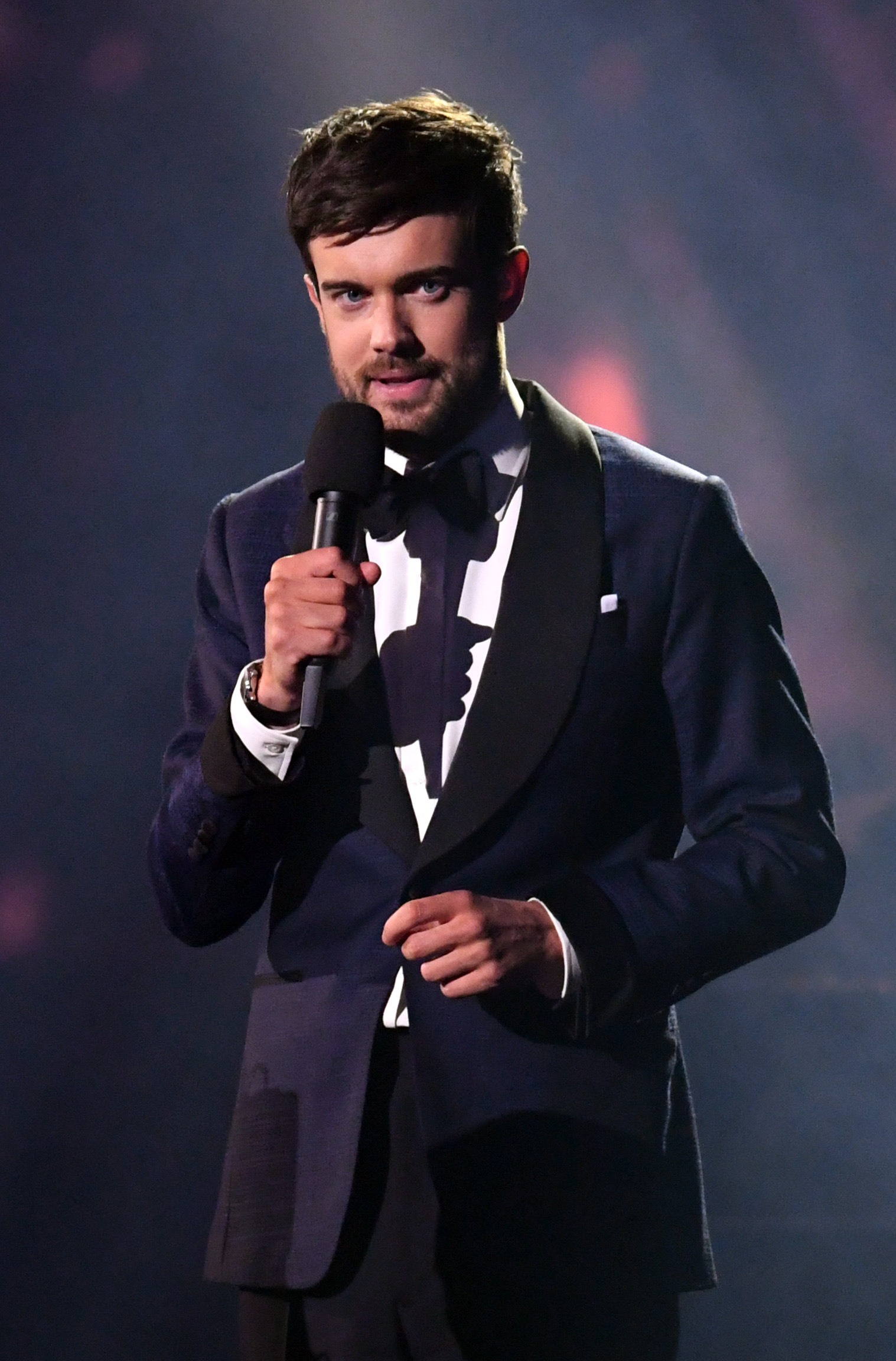 The awards show host made the joke as Liam, who has a child with Cheryl Tweedy, walked onto the stage with model Winnie Harlow.

Jack said: “Now it’s time for our next award. To present it, a supermodel and supermodel Naomi Campbell’s current squeeze.

“His surname’s Payne, which is what he’ll be in a world of if he crosses her — it’s Liam Payne and Winnie Harlow.”

The awards bash came just weeks after The Sun revealed that Liam and Naomi had been enjoying “mind-blowing” romps and secretly dating for two months. At the time, a source said: “He can’t believe his luck.” 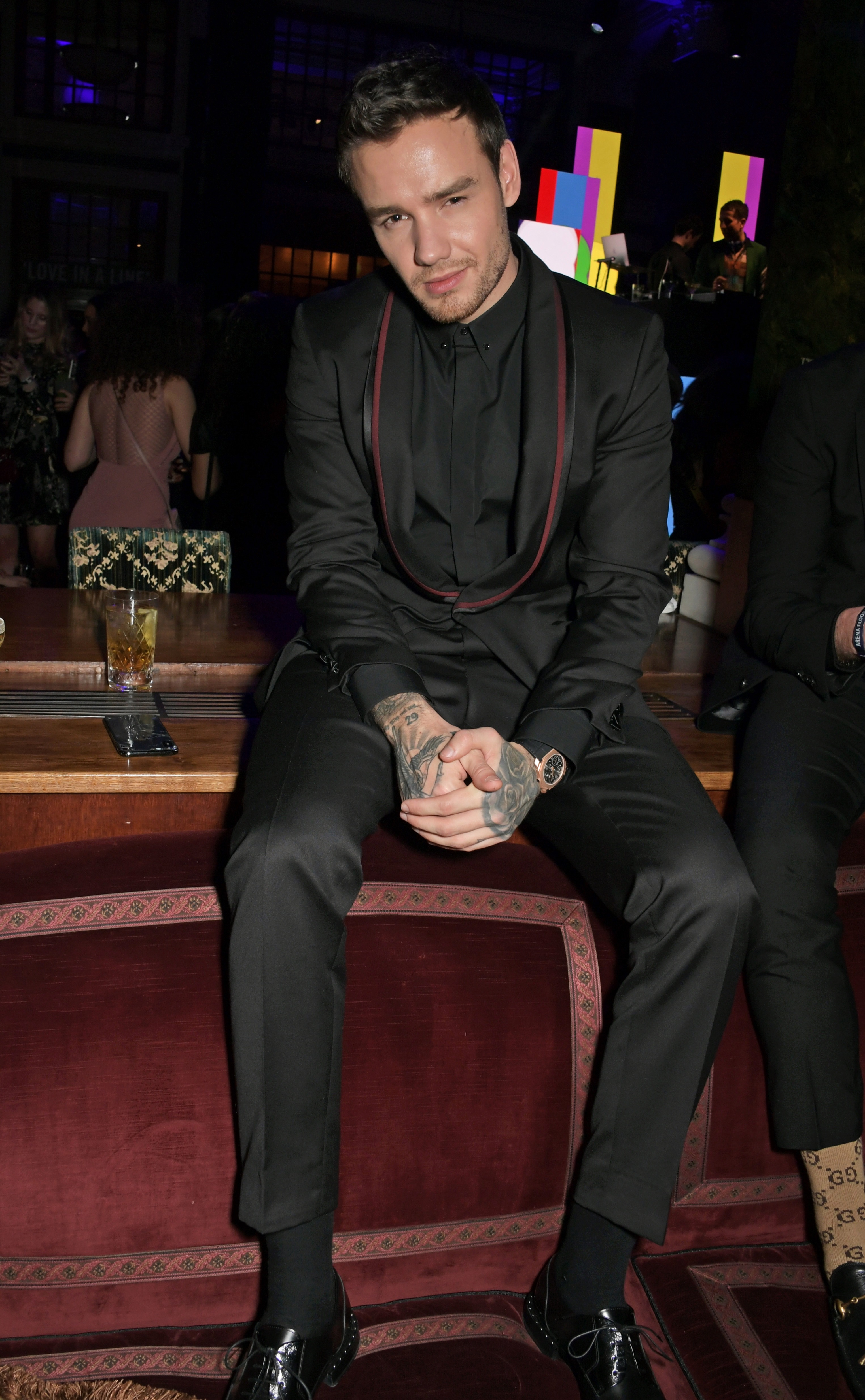 Liam is now engaged to model Maya Henry after two years of dating.
No more getting in trouble for him now he’s settled man.

DUA Lipa must be on cloud nine with her year of success, and she certainly looked like it in this picture.

The singer appeared to be floating in the silver sequin dress that she wore for her performance on last night’s Graham Norton Show. 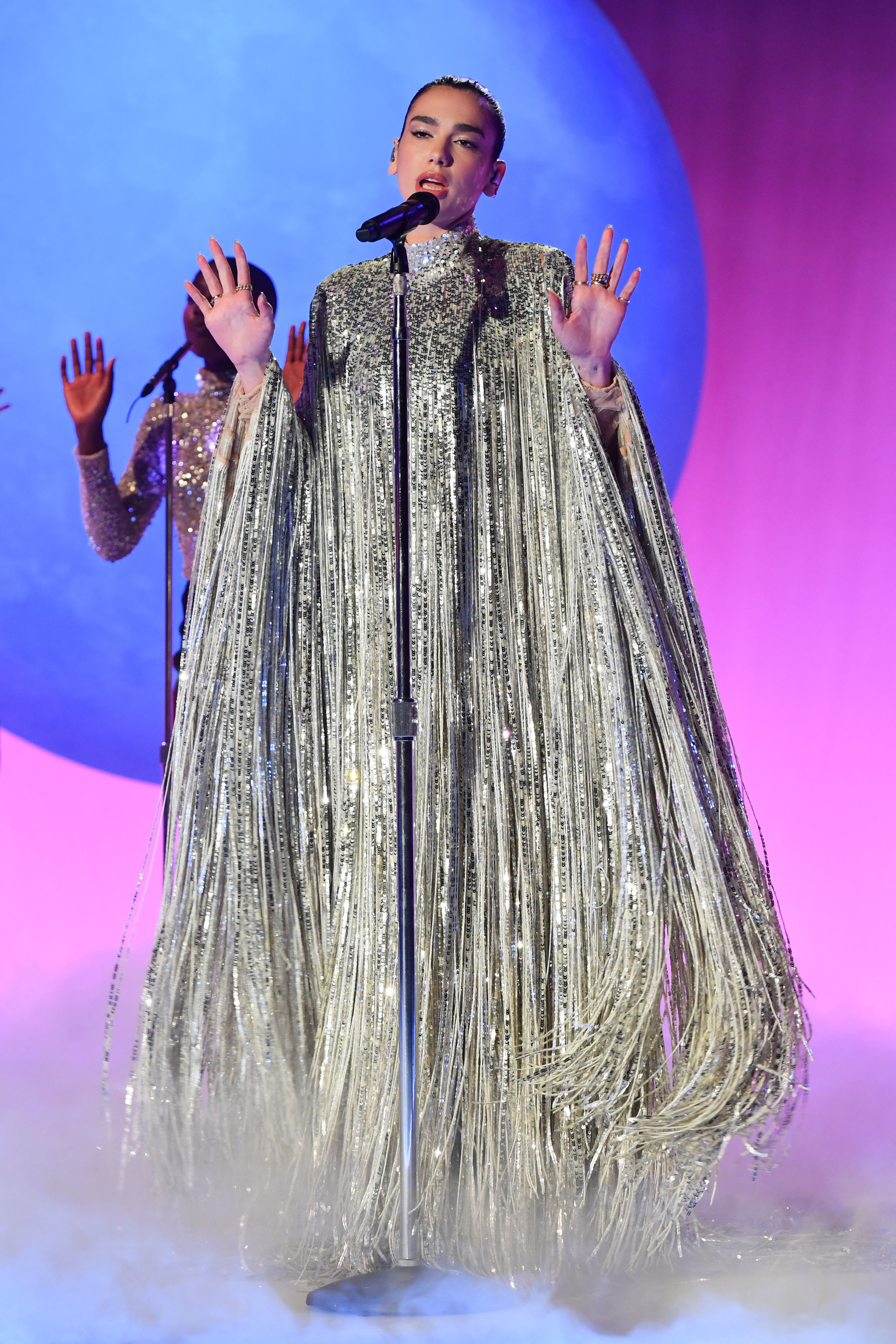 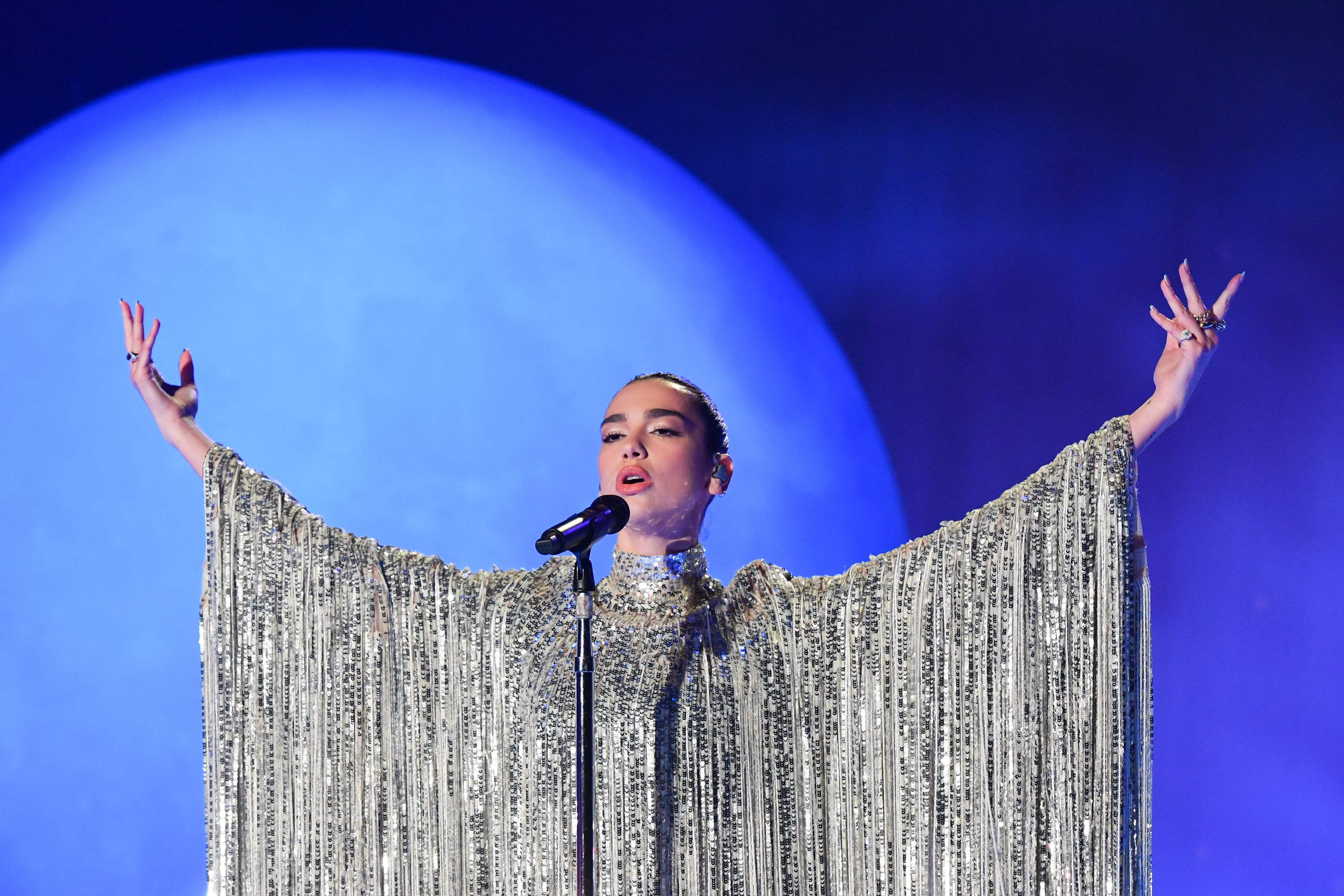 It came on the same day she dropped a raunchy video with Miley Cyrus, bottom, for their new hit Prisoner, in which the pair get rather close and writhe around together.

Miley told Apple Music: “What I love about Prisoner, I think it’s also coming at a perfect time for everybody. We edited this video on text message, me and her directly as artists.”

It’s always a perfect time for me, Miley.

She said: “I’m excited to release a compilation of my favourite festive holiday tracks and winter favourites. These releases span different stages of my career, so it’s nice to have them together on an EP for my fans to enjoy.”

Rag'n'bone back on track

HAVING spent the past year working on his second album, Rag’n’Bone Man is finally gearing up for the release. 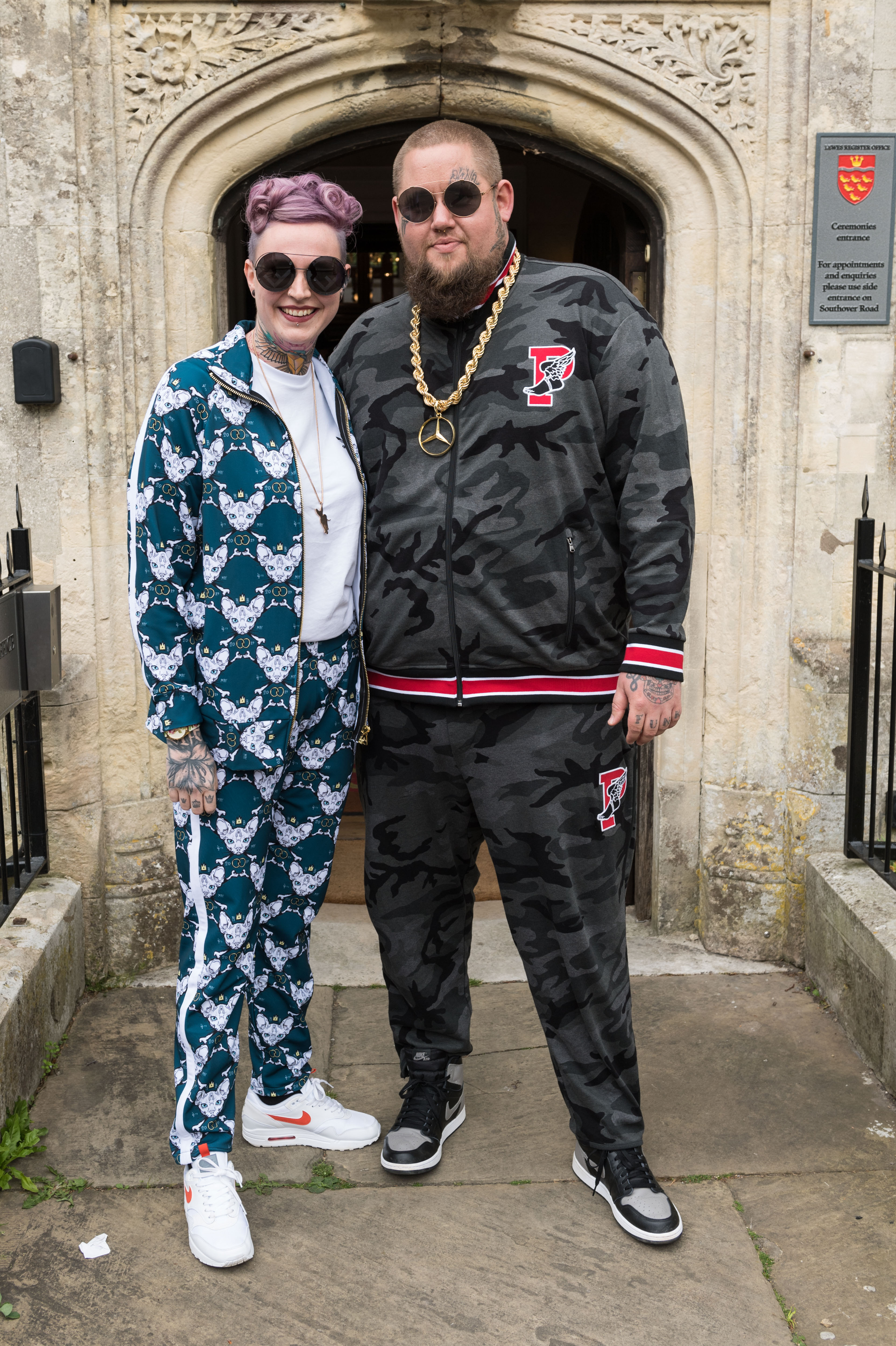 The singer, real name Rory Graham, also streamed live three of the new tracks to a lucky few, including me.

While Rory was keen to keep the track names under wraps, it seems that some may have been inspired by his split from his partner of ten years, Beth Rouy, just six months after they wed last summer.

And Rory revealed another was all about him learning to ask for help when he needed it.

Introducing the track, he explained: “This next song is a bit happier. It’s about male bravado and not admitting that you need help with stuff. Not just emotional stuff but trivial stuff too.”

His last album Human was the fastest-selling debut album by a male artist during the 2010s. No pressure with the follow-up, then . . .

SINGER Amy Macdonald feared that she was too old for the music industry at the age of 33.

The Scot, whose new album The Human Demands was released last month, told Driven Celebrities podcast with Andy Jaye: “The music industry has always been about who is the new young thing.

HE’S the most reclusive man in pop – but I’ve managed to find him.
Eagle-eyed onlookers spotted Jason Orange cycling in West London looking almost unrecognisable in a hat and thick coat.

The former Take That singer had not been seen for three years and has kept a low profile since leaving the band in 2013. 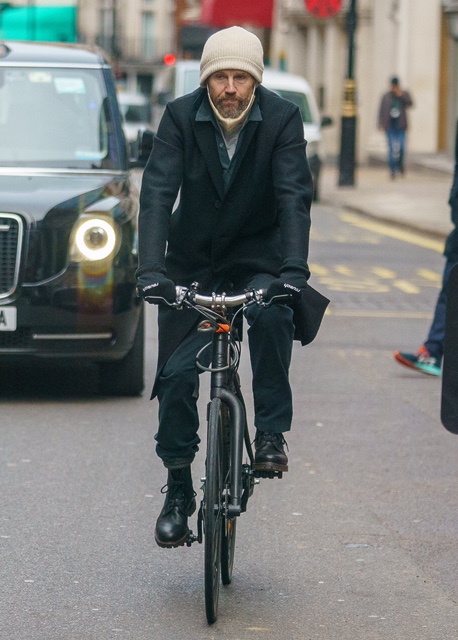 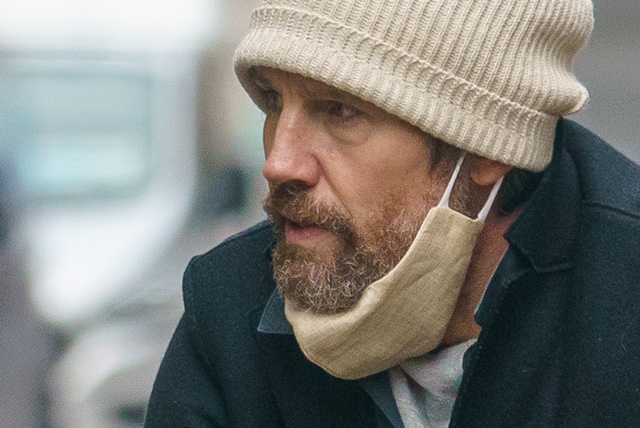 He moved back up north to live the quiet life while Gary Barlow, Howard Donald and Mark Owen kept going as a trio.

Jason’s movements have become so mysterious that even close pal and former bandmate Robbie Williams joked he may be forced to hire a private investigator to find out where he is.

Robbie previously said: “You know that Find My Phone thing? The whole of Take That should have a locate Jason Orange thing because none of us know where he’s gone. I should hire a private detective.”

Presumably Jason can afford to put his feet up for a bit. And with his laid-back attitude and willingness to shun the trappings of fame, I think he’s one of the coolest guys in the business.

AFTER I revealed Little Mix were planning solo work, I told how Jade Thirlwall had TV gigs lined up.

Now she’s confirmed my story but remained coy on details for one of the BBC shows, saying: “I have been filming today for a TV interview show, thing. That’s how it’s worded, yeah.” 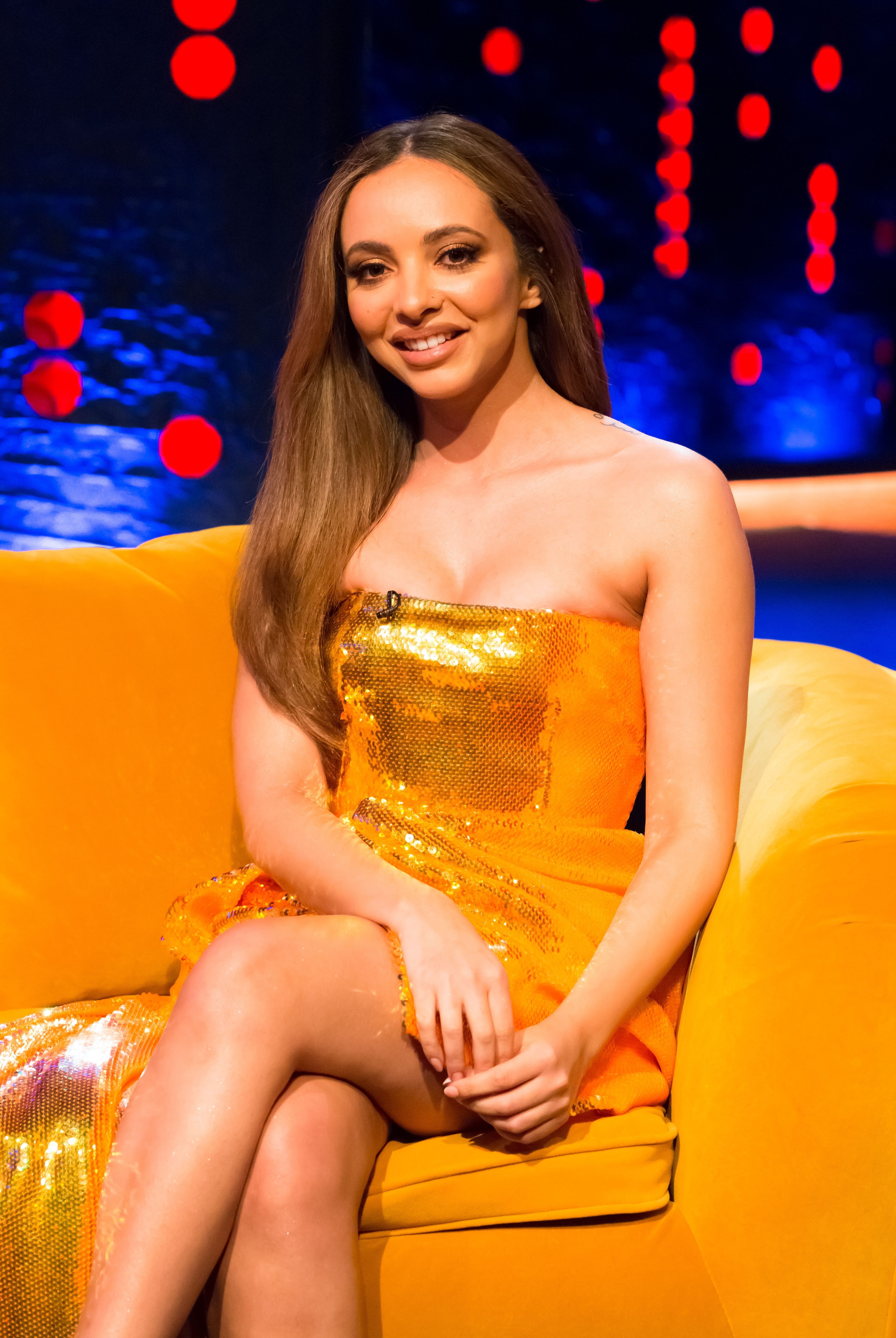 Earlier this week Jesy Nelson announced she would be taking a break from the band that also includes Leigh-Anne Pinnock and Perrie Edwards.

Jade plans to go travelling just like One Direction’s Niall Horan who had his own a gap year.

She told Aussie radio station Ash London Live: “I definitely want to travel more. I would love to go backpacking so much. Even when I went to New Zealand the last time, we literally flew in there for one night and all I saw was outside my hotel room, and that was it.

“My mum had a better experience than I did because she stayed out another night with my family. I was flying back and I called her and was like, ‘What you up to and she was like, ‘Oh, Jade, I’m jumping off the something building, what’s that famous building?’ I was like, ‘Wow, my mum is really out here living her best life, while I’m going from one venue to the next’.”

Do it now, Jade, while you’re young.