Craig Johnson is directing off of Kent Sublette’s script which centers around a young couple, Graham and Josh, who host a “meet the parents” weekend at a cozy rental house in the country, only to find it is already haunted by a 400-year old poltergeist. Chris Bender and Jake Weiner are producing for their Good Fear Content label.

Cox plays Logan Roy in the Emmy-winning HBO series Succession, for which he won a Golden Globe Award and Screen Actors Guild Award. His memoir, Putting the Rabbit in the Hat, was recently published in the U.K. and U.S. Cox has starring roles in the upcoming films The Independent, Prisoner’s Daughter, and Mending the Line. He played Winston Churchill in the 2017 feature Churchill and starred alongside Adam Sandler and Peter Dinklage in Pixels and in The Campaign with Zach Galifianakis and Will Ferrell. Cox’s work as Daphne’s father on Frasier garnered him an Emmy nomination, and in 2001, he won an Emmy for his portrayal of Nazi war criminal Hermann Goering in TNT’s Nuremberg for which he was also a Golden Globe and SAG Award nominee. Other credits include Coriolanus, Red, The Tell-Tale Heart, Escapist, Wes Craven’s Red Eye, Troy, The Bourne Supremacy, The Boxer, L.I.E., Rushmore, Spike Lee’s The 25th Hour, Spike Jonze’s Adaptation, and Gore Verbinski’s The Ring. Cox is repped by Matthew Lesher at Insight Entertainment, Paradigm and Conway Van Gelder Grant.

Falco became the first actress to win an Emmy-Award for Best Actress in both drama and comedy categories upon receiving the award for her performance in Nurse Jackie having previously won for her portrayal of “Carmela Soprano” in The Sopranos. Falco has also been nominated for a record 22 SAG Awards and is one of a select few to receive an Emmy, Golden Globe and SAG Award in the same year for the same performance. Falco will soon be seen starring in James Cameron’s next two Avatar sequels. Recent film credits include Outside In opposite Jay Duplass and The Land of Steady Habits opposite Ben Mendelsohn. TV credits include her acclaimed portrayal of Hillary Clinton in the limited series Impeachment and an Emmy nominated performance as Leslie Abramson in the limited series The Menendez Murders. Falco is repped by ICM Partners and Management 360

Kudrow won an Emmy her turn as Phoebe Buffay in NBC/Warner Bros. TV’s Friends. The cast reunited last year for the long-awaited Friends Reunion on HBO Max. She currently stars in the Fox animated comedy Housebroken and recently starred in the Netflix series Space Force alongside Steve Carrell and John Malkovich, and the British comedy-drama series Feel Good alongside comedian Mae Martin. Upcoming, Kudrow will star in the Disney+ musical comedy, Better Nate Than Ever, based on the novel by Tim Federle, who also directs. Kudrow’s production company Is or Isn’t Entertainment produced the HBO series The Comeback in which she also starred, and the award-winning Showtime series Web Therapy for which she won a Special Webby Award. Film credits include the classic comedy Romy and Michele’s High School Reunion, Booksmart, The Opposite of Sex, The Boss Baby, Analyze This and Easy A among many others. Kudrow is repped by CAA and attorney Mark Gochman of Gochman Law Group

Norris played Hank Schrader on the Emmy and Golden Globe award-winning series Breaking Bad, and can currently be seen on the Chuck Lorre-produced CBS comedy series The United States of Al. On the big screen, Norris can be seen in El Tonto written and directed by Charlie Day and featuring a cast that includes Falco, Travis Fimmel and Jason Sudeikis. TV credits include the Breaking Bad spinoff Better Call Saul, Superstore, The Act, Scandal, The Big Bang Theory and The Unbreakable Kimmy Schmidt. Feature credits include The Cell, The Hustle, The Secrets in Their Eyes, The Heartbreak Kid, Death Wish, The Book of Henry, Remember, Little Miss Sunshine and Evan Almighty. Norris is repped by Innovative Artists and Industry Entertainment. 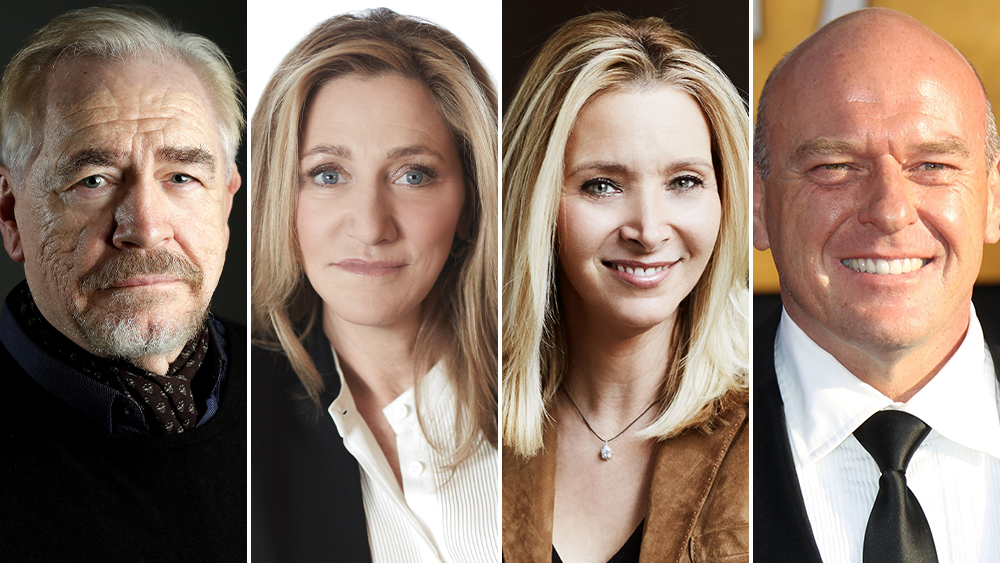