Throughout Wednesday’s episode of Good Morning Britain, Adil Ray and Ranvir Singh had been teasing they were going to talk to one of their guests about a rather unorthodox acting technique. This involved popping a coin in between their derriere in order to enhance their posture on-screen. And as the ITV show drew to a close, it was revealed that Poirot actor David Suchet was the culprit, resulting in Adil trying out the technique for himself.

However, as the camera panned to Adil popping the coin into between his cheeks, it’s fair to say not everyone watching at home were best pleased.

Seeing as Adil had been brought in to take on the hosting role on GMB following Piers Morgan’s abrupt exit last month, many were left perturbed by the track the show has gone down since.

“Such outstanding journalism, don’t you think they deserve an award? Tune into GMB this morning and what do we see ? A close up of Adil Ray holding a coin between his a**e cheeks on national TV,” one fan fumed on Twitter. 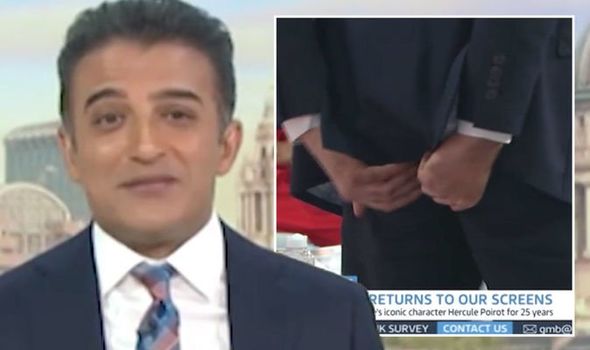 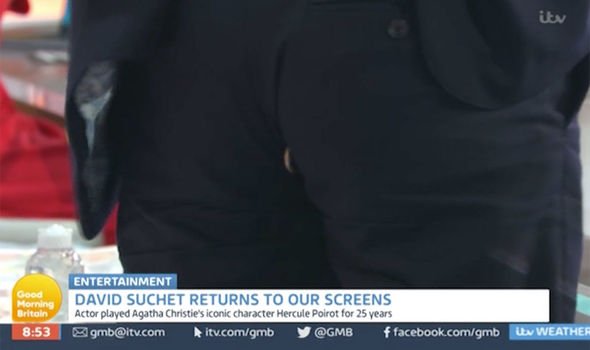 “Last piece there a new low with David Suchet and a coin literally stuck up the a**e of the presenter.”

While a third blasted: “What a load of c**p GMB is this morning starting first..debating a full English Breakfast ending with Adil Ray putting a two pound coin up his a**e…do I need to say more!”

“GMB is now sticking 2 pound coins between the cheeks Adil Rays a**e, hardly surprising the ratings are falling through the floor,” vented a fourth.

However, some did see the funny side, as another viewer added to the debate: “Ok highlight of my day seeing @adilray putting a coin where a coin shouldn’t go and trying to hold a conversation with David Suchet at the same time absolute comedy gold only on @GMB.” 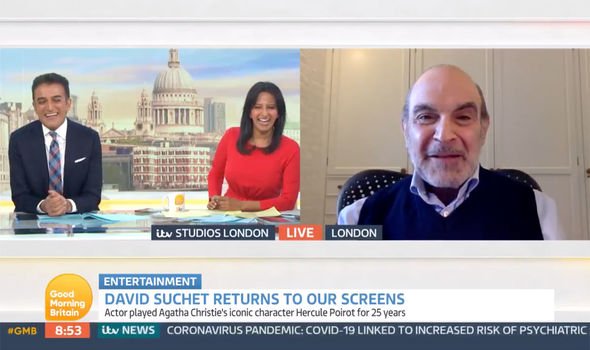 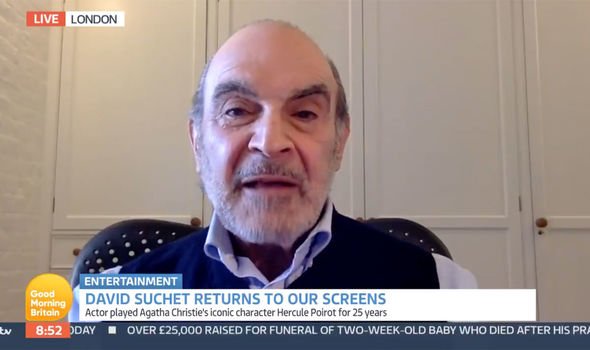 “You’re very naughty, Adil,” David said to the GMB host earlier in the chat when he was asked about the odd technique.

David then explained: “When I read how Poirot walked, the description was how he crossed the lawn with his usual rapid mincing gait.

“I remembered Laurence Olivier trying to find a way to walk when he rehearsed – and he did that, he put a penny between the cheeks of his butt.”

Ranvir and Adil let out a laugh as David detailed how he decided to try it on the set of Poirot before the GMB host took the chance to try it for himself.

“I’m gonna give this a go now, actually,” Adil said as he got to his feet.

“Talk me through this, David,” he said as he reached back with a £2 coin in hand.

As the camera zoomed in on Adil’s backside, Ranvir weighed in: “I hope he can’t (see you), frankly.”

The GMB cameras then zoomed in, prompting Adil to snap: “Don’t film me putting it in!”

Ranvir couldn’t contain her laughter as Adil struggled to keep the coin in place.

“Do your little walk, have you got a good Poirot walk?” Ranvir joked as her co-host managed to grip the coin.

However, it soon fell to the floor as Adil protested the exercise would’ve been easier to do if it were a 1p coin instead.

Good Morning Britain continues weekdays at 6am on ITV.

Power Book 5: Will Paz try to kill Tommy in revenge for Angela?

Matt James Begins Filming Season 25 of The Bachelor: 'See Y'all in 2 Months'