The Heroes and Villains episode where Del and Rodney go to a party as Batman and Robin was seen by 21.3 million in 1996, a record for the show at the time. The show won 40 per cent of votes in a BritBox poll. Morecambe and Wise’s parody of Singin’ In The Rain from 1976 was in second place with 28 per cent, followed by Geraldine Granger struggling through her fourth turkey lunch of the day in The Vicar of Dibley (24 per cent) in 1996.

Father Ted getting lost in a store’s lingerie section (22 per cent) and last year’s proposal by Nessa to Smithy on Gavin and Stacey (20 per cent) rounded off the top five. Stacey revealing she was pregnant won 18 per cent, just ahead of Stacey Slater and Max Branning’s affair news in EastEnders from 2007.

The streaming service poll found 70 per cent of people felt Christmas specials were the best shows to watch in the festive season. 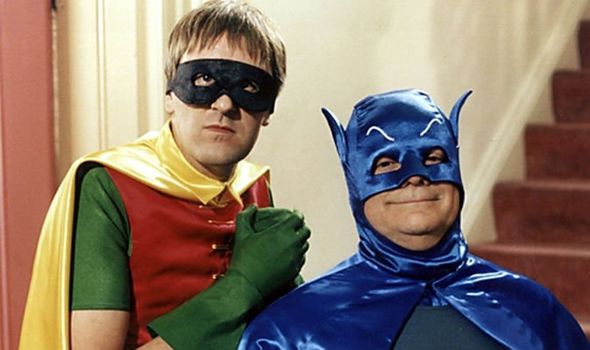 Will Harrison, BritBox managing director, said: “We wanted to take a closer look at those classic Christmas television moments. There is nothing better than…reliving the most iconic moments, from the Vicar of Dibley having to eat four Christmas lunches to Tim finally kissing Dawn in The Office.

“Our research reveals we plan to watch a lot of TV this Christmas – at least three hours a day.”

'90 Day Fiancé: Deavan Clegg and Jihoon Lee Get a New Apartment — But Do Deavan and Her Mother Like It?