Erick Oh’s “Opera” is an outlier in the race for Best Animated Short. Inspired by Bosch, Michelangelo, Botticelli, and Renaissance fresco mural paintings, it consists of a giant pyramid with cyclical activities revolving around human conflict. “There are a lot of things happening,” he said, “but it’s about polarization: division, discrimination, and conflict caused by… religion, politics, racism, ideologies and contests.”

Oh, who was an animator at Pixar (“Finding Dory,” “Inside Out”) before joining the anime-influenced Tonko House (“Pig: The Dam Keeper Poems”), made “Opera” as an 8K installation before adapting it into a nine-minute 2D short as one continuous motion. It took four years to complete with a team of 34 volunteer animators, and nearly a year was devoted to the intricate design and world building. “It was almost like making an old-fashioned clock,” he said, “planning every action with different story lines that represent humanity [based on cause and effect].”

It’s almost entirely drawn in 2D except for CG-enhanced water, steam, and fire effects. But the most complicated part was the compositing. “There are so many broken-down segments that it took three teams of compositors to pull this puzzle piece together.” 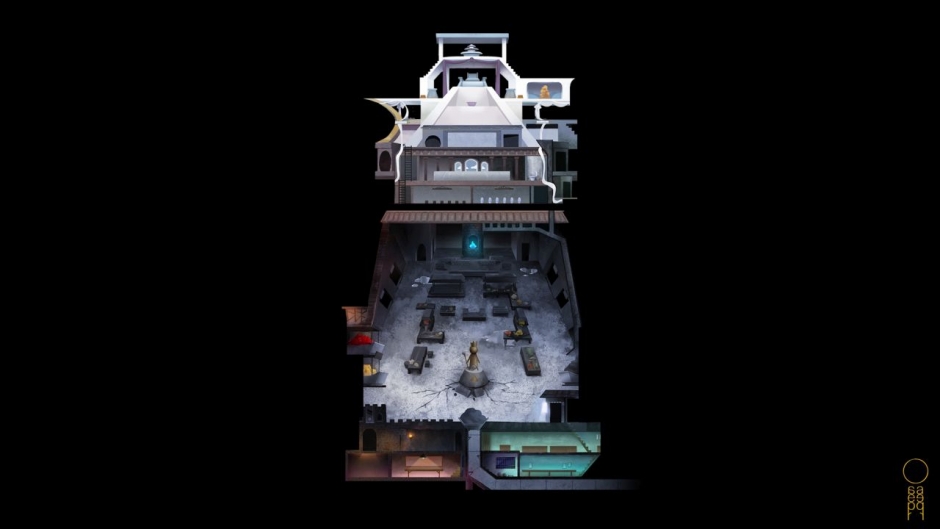 “Opera” contains 24 activities in a continuous loop, with thousands of tiny characters. The range of activities encompasses order and chaos, hope and despair. One of the conflicts concerns conformity and rebellion: “And where there’s rebellion, they start their own community and begin the same cycle of killing at night in the name of what they believe in,” Oh said.

On top of the pyramid, there is a historian who chronicles the events of the civilization on a long, winding scroll. “They often say that human history is written by the winner’s perspective, so the history we learn might not be based on fact,” added Oh. “This singular history dominates all facets of society: education, politics, and philosophy, science, and art.”

Another activity concerns discrimination and racism, including Asian hate crimes that have risen during the pandemic. “The color of the head represents different thoughts,” Oh continued, “and there is imprisonment and torture based on having different ideologies.  And there’s one section where prisoners get a death sentence and their heads are chopped off by the guillotine because they have different colored heads [including yellow, red, and blue].” 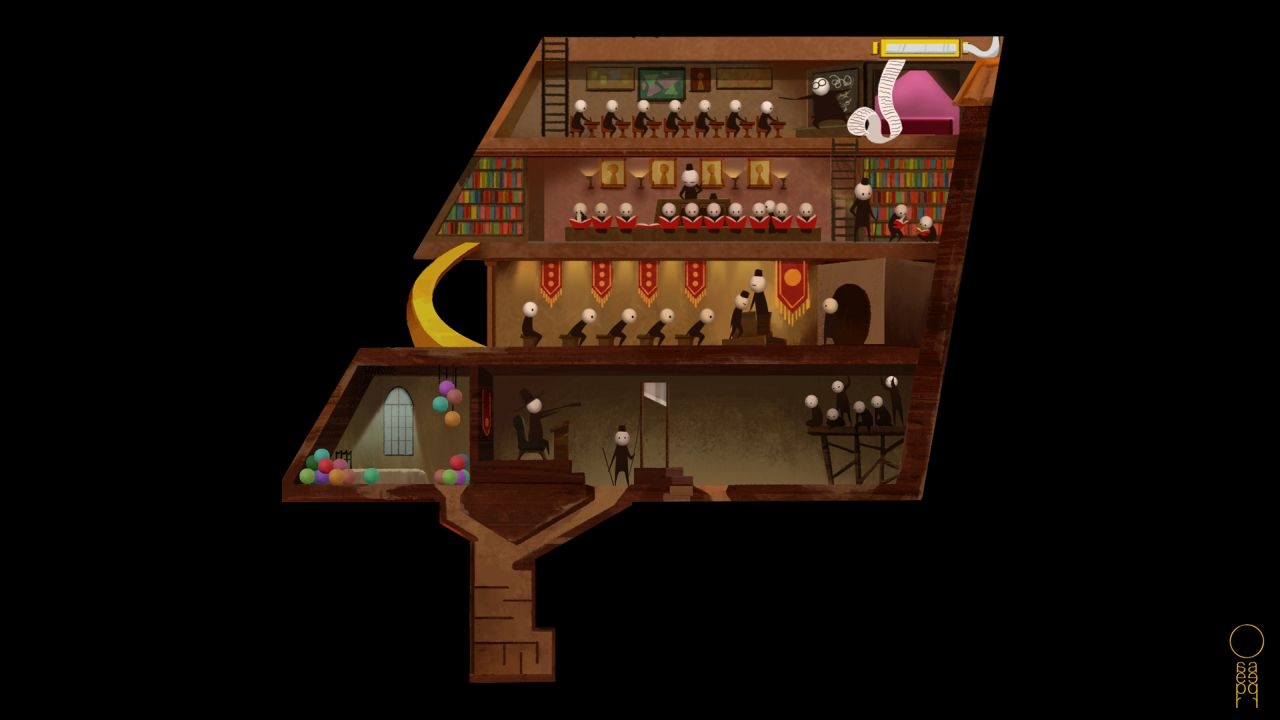 Oh utilized the symmetrical design of the pyramid to contrast cycles of life and death along the left and right sides. For example, there is a wedding ceremony and the birth of a child in contrast to a funeral and war. In addition, Oh explores ecological abuse through the story of a giant fish. During the day, people feast on the fish but at night, when war dominates the action, the fish comes out of the pond and eats people. “This stands for Mother Nature, which nurtures life but at the same time is being harmed when we cross the line,” he said. “And then, ironically, they eat the fish again the next day.”

The rudimentary characters are associated with class struggle, in which the monarchy occupies the top level and the lower class and disabled (signified by partially formed faces) live in shanty towns on the bottom. It’s all part of the division and tribalism that have intensified in recent years, compelling Oh to make something meaningful and provocative through animation. And the pandemic has provided yet another timely backdrop from which to view “Opera.”

“At the end of the day, it’s not about picking your side, or right or wrong, or good or evil,” Oh said. “But, in modern times, are we making ourselves better or are we stuck in a continuous loop?”

“Opera” screens theatrically along with the other Oscar-nominated shorts as part of ShortsTV.

'The Suicide Squad' and 'Guardians of the Galaxy 3' Not Impacted by Coronavirus Delays, Says James Gunn