Claire (played by Caitriona Balfe) is shaken and troubled when she find she has travelled back in time in the first ever instalment of Outlander. She quickly realises she must adapt to her surroundings and blend in until she can return to her own time and reunite with husband Frank (Tobias Menzies).

However, after a while, Claire falls for highlander Jamie Fraser (Sam Heughan), who she marries for protection from English soldiers.

Despite how the marriage came about, the pair end up falling passionately in love with one another and Claire tells him everything about how she travelled back in time.

She chooses not to return to Frank and instead stay in the 18th Century until Jamie forces her to leave before the Battle of Culloden at the end of season two.

Before then though, Claire makes a historical mistake when speaking to Jamie about his plans to stop the Jacobite uprising and the battle from taking place. 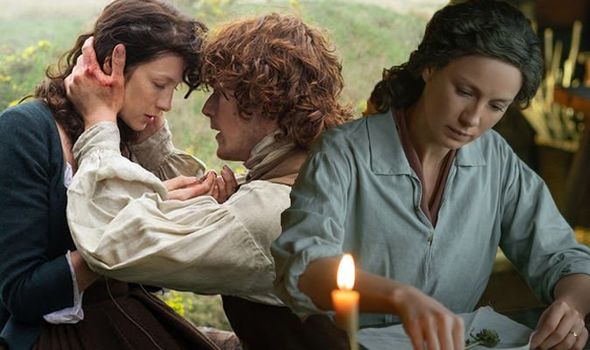 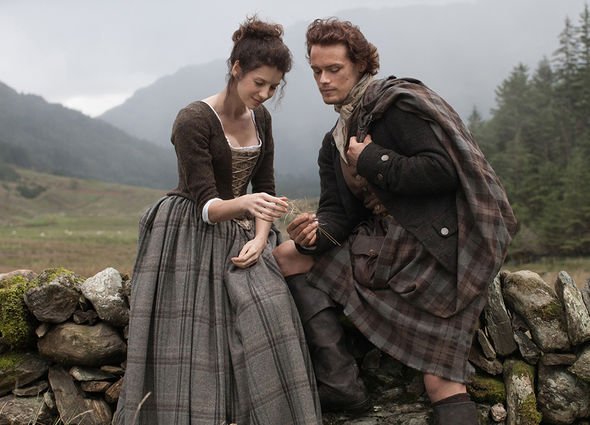 In season two, episode eight, The Fox’s Lair, Jamie finds his name forged on a list of Jacobite fighters.

Furious, he plans to bring together his own support for the cause.

But his uncle Colum MacKenzie (Gary Lewis) has other plans and gets in Jamie’s way.

As Claire and Jamie discuss Colum’s interference, the medic tells her husband: “They say the definition of insanity is doing the same thing over and over and expecting a different result.” 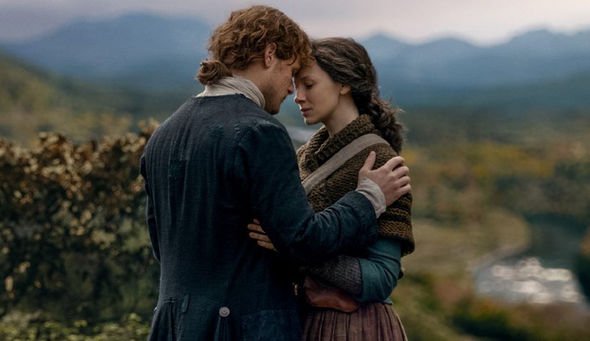 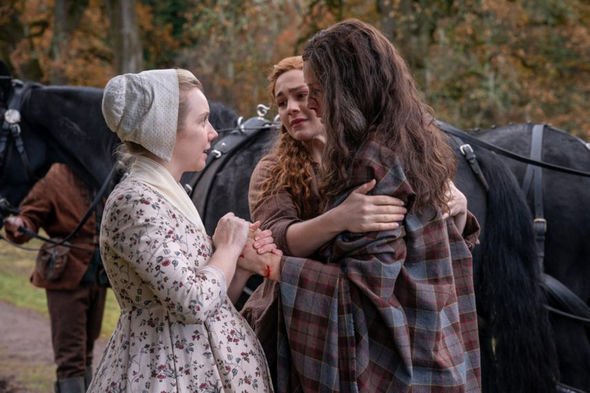 If Outlander was historically correct, Claire could not have recalled the definition of insanity to Jamie.

The phrase would not have been used during the 1700s and not in the 1940s, which was Claire’s time.

In fact, the earliest known definition of insanity is in the Basic Text of Narcotics Anonymous, which was published in 1982.

This is of course a very tiny error but it’s interesting to note, especially as Claire was a doctor.

Claire’s medical knowledge has vastly improved since then as after she returned to her own time, she trained as a surgeon.

After husband Frank’s death, and upon learning Jamie had survived the Battle of Culloden, Claire returned to the highlander after 20 years apart.

They have since settled on Fraser’s Ridge in North Carolina and Claire is training up daughter-in-law Marsali Fraser (Lauren Lyle) to be her apprentice.

The pair have become close and in the season five finale, Marsali killed the man who had kidnapped and sexually assaulted Claire.

The storyline, which saw Claire left battered and bruised was a “risky one,” actress Caitriona explained.

Speaking at PaleyFest LA, she detailed: “It was a great challenge for me, for the entire crew, and everyone else in that episode.”

Citron added: “Subject matter like that is always difficult. It is really hard to address these subjects and feel that you are on the right path.

“You are always trying to toe the line between being responsible and not bringing anything that’s gratuitous or trying to show too much, while also being true to the situation and trying to respect the subject matter.”

Cristiano Ronaldo vs Lionel Messi: The ‘who is better’ debate ended once and for all by those who played alongside BOTH – The Sun