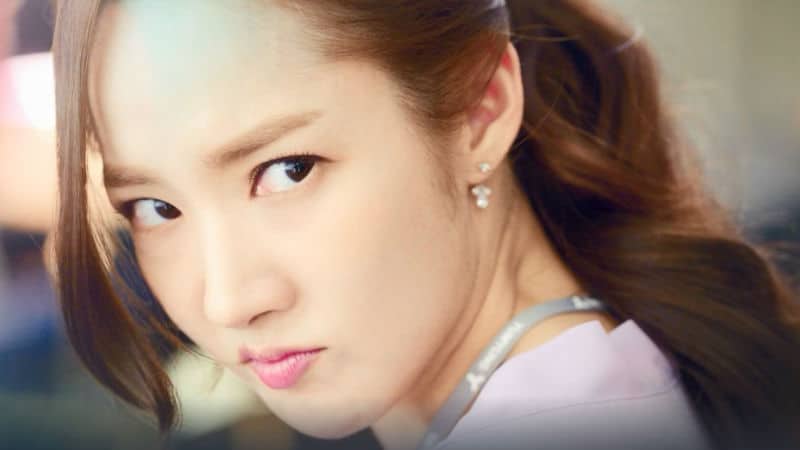 Earlier this year during the summer season, Park Min-young starred in her very first romantic comedy. The popular Korean actress known for her past work including melodramas Healer and Remember played Kim Mi-so in What’s Wrong with Secretary Kim?. Now there are reports that Min-young is looking to act in another romantic comedy, an upcoming K-drama titled Her Private Life.

News of Park Min-young acting in upcoming K-drama Her Private Life was originally reported on Wednesday, December 5, 2018 KST. Industry representatives claimed that Min-young was cast as Sung Duk-mi, the female lead of the upcoming K-drama on the Total Variety Network (tvN).

Details on what Her Private Life is about are very limited. What we do know is the K-drama is based off of the web novel Noona Fan Dot Com, a romcom about an idol fangirl and two guys who fall in love with her.

Beginning with g.o.d.’s Yoon Kye-sang, Duk-mi has been a dedicated fan of idols for two decades. She lives a double life though as she comes off sophisticated and “grown-up” especially at her career as a senior curator for an art museum. Now her secret life as an idol fangirl is at risk of being revealed when a new art director, Ryan Gold, appears.

Park Min-Young and romcoms are an unlikely winner!

There is a reason why K-drama fans are anticipating Park Min-young’s next romcom. She is actually very good in them as proven by her role in What’s Wrong with Secretary Kim?.

She and Park Seo-joon had such natural comedic chemistry. By its finale, it was very successful, if not one of the most successful K-dramas this year.

Park Min-young plays Kim Mi-so, a highly-skilled secretary who works for Lee Young-joon (Park Seo-joon), the president and vice chairman of Yumyeon Group. After nine years, Mi-so wants to retire but Young-joon cannot give her up.

Young-joon does all he can to appease Mi-so in staying with him as his secretary. Eventually, they begin to have feelings for each other, especially when they realize they’d known each other during their childhoods.

K-drama fans saw a different side to Park Min-young’s acting and they loved it. Now they want to see more. If she does go onward to playing the main lead in Her Private Life, we will get to see more of Min-young’s comedic side.

100 Best Sitcoms of All Time

'Judas and the Black Messiah': Shaka King's Movie Wrestles With the History of Black Power